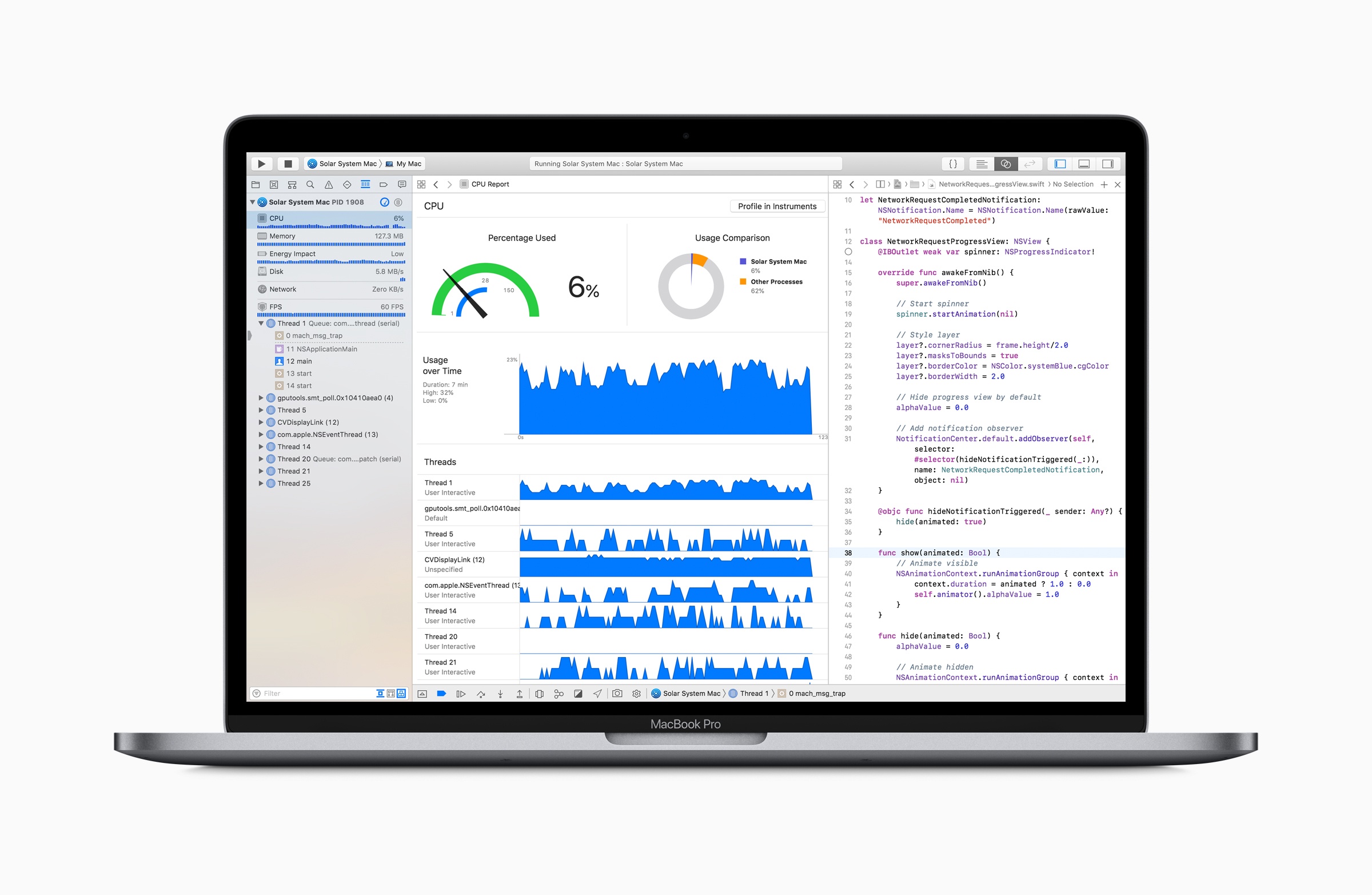 iFixit ran more tests and took a closer look at the keyboard membrane that was added to the 2018 MacBook Pro released last week. It turns out, the membrane is one sheet of die-cut silicone with tiny cutouts to allow keycaps to connect to the butterfly switches beneath.

To test how well the new design holds up against dust, iFixit sprayed a new MacBook Pro with a dusting of paint additive. They then tore apart the notebook and found:

Lo and behold, the dust is safely sequestered at the edges of the membrane, leaving the mechanism fairly sheltered. The holes in the membrane allow the keycap clips to pass through, but are covered by the cap itself, blocking dust ingress. The previous-gen butterfly keys are far less protected, and are almost immediately flooded with our glowing granules. On the 2018 keyboard, with the addition of more particulate and some aggressive typing, the dust eventually penetrates under the sheltered clips, and gets on top of the switch—so the ingress-proofing isn’t foolproof just yet. Time will tell how long the barrier will hold up.

iFixit followed up by testing with grittier sand, which managed to cause keys to stick.

It’s good to see that the MacBook Pro’s keyboard withstands fine particles better than earlier models in testing. The real test, of course, is long-term human testing. Only time will tell whether the 2018 MacBook Pros can hold up when faced with a crumbly muffin in your local café or the pollen blowing across your keyboard as you browse the web in your backyard.

The new notebooks also support up to 32 GB of RAM and include a True Tone display and Touch Bar. The 15-inch model can be configured with up to 4 TB of SSD storage, while the 13-inch model is limited to a maximum of 2 TB. The new MacBook Pros feature Apple’s T2 chip, which debuted in the iMac Pro and adds ‘Hey Siri’ support to the Mac.

In the wake of issues with recent-generation MacBook and MacBook Pro keyboards, Apple has also updated the keyboard of the new MacBook Pros to a new, quieter third-generation model. Apple’s website doesn’t address the new keyboard’s performance or whether the issues experienced with earlier models have been resolved. However, according to a story on The Verge:

This new third-generation keyboard wasn’t designed to solve those issues, Apple says. In fact, company representatives strenuously insisted that the keyboard issues have only affected a tiny, tiny fraction of its user base. 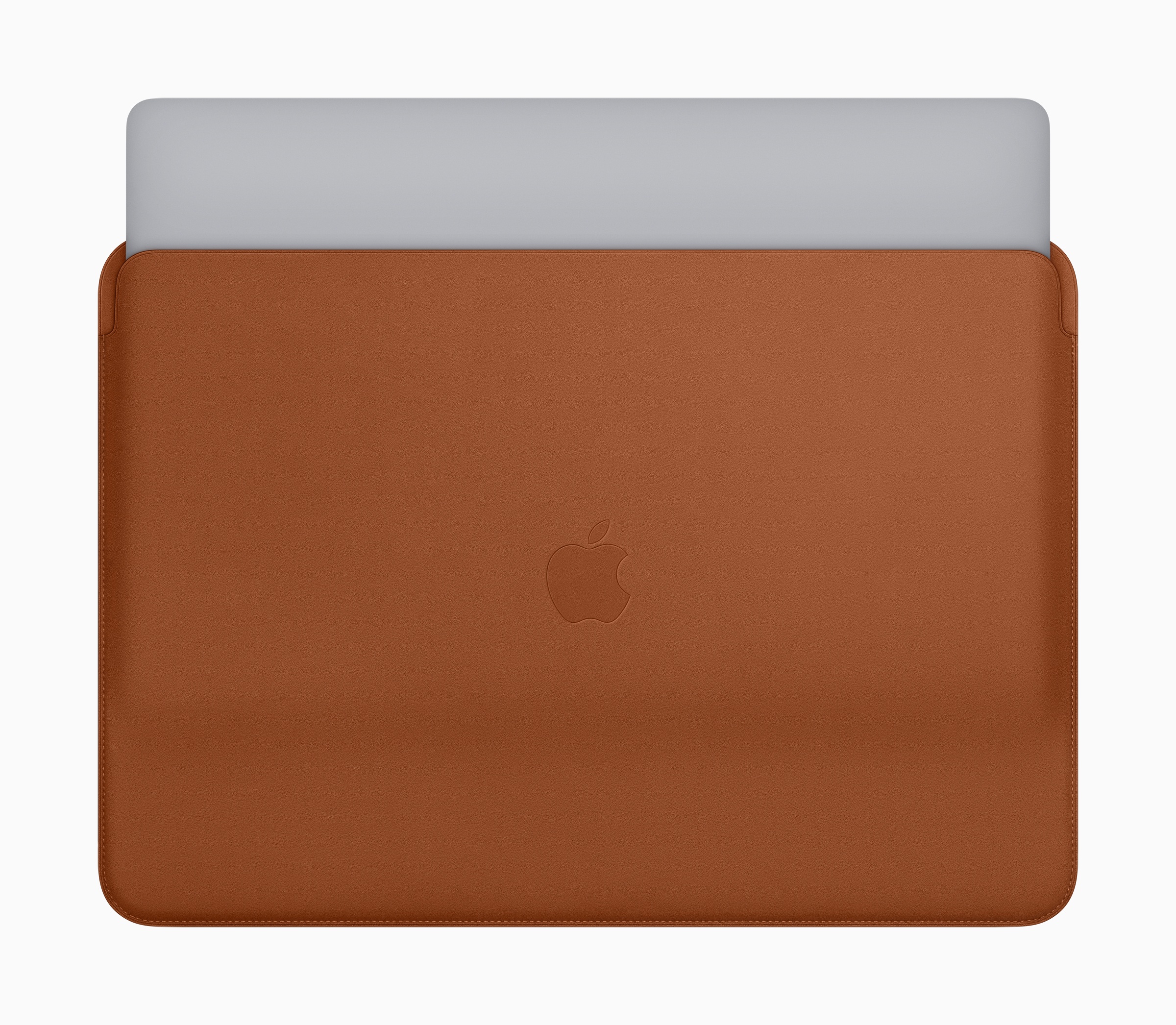 The new MacBook Pros are also part of a Back to School promotion that Apple announced today. 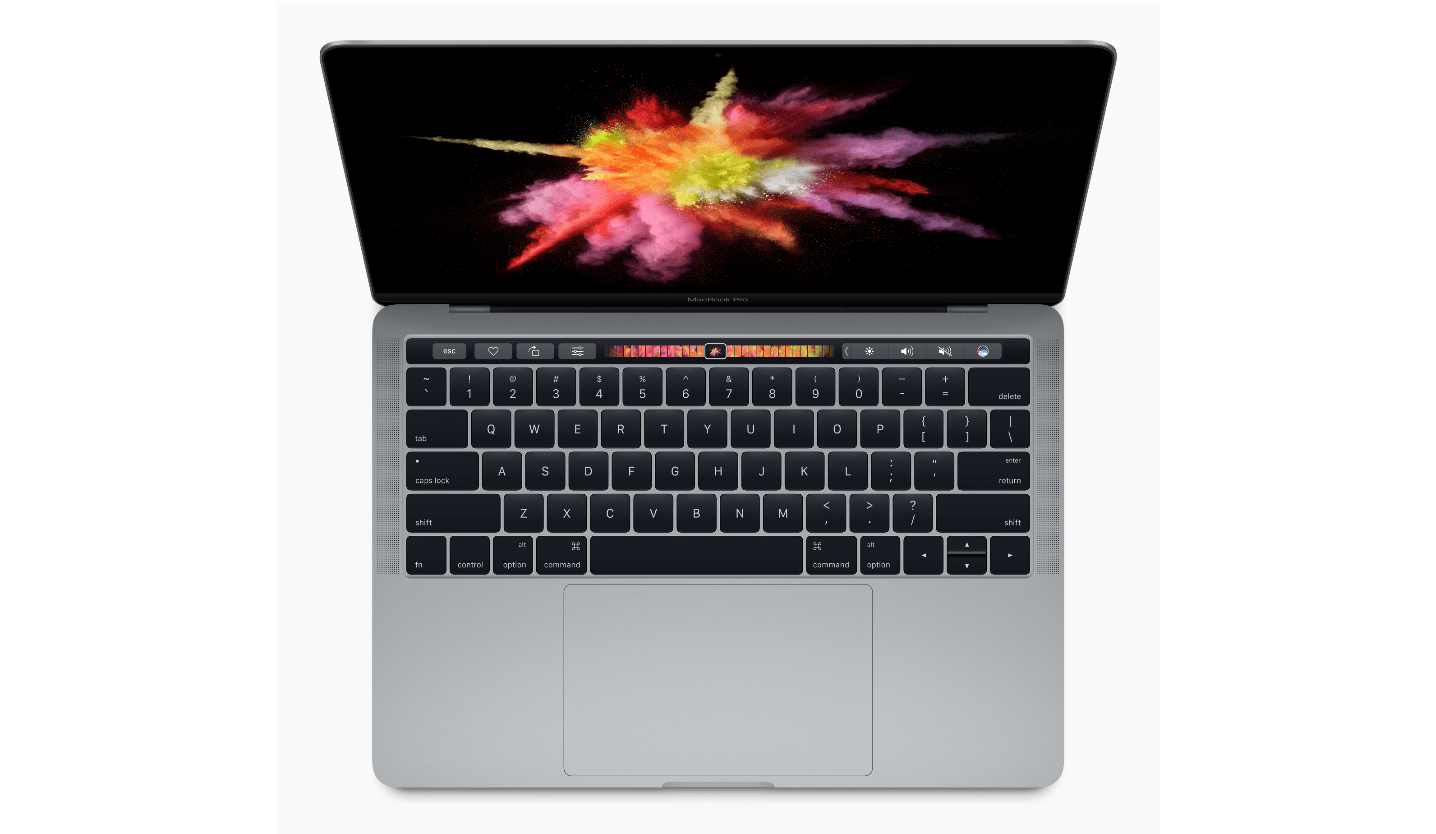 It wasn’t long after Apple changed the mechanisms of its MacBook keyboards that reports of sticky keys and other problems surfaced. Over time as anecdotal evidence mounted, it became apparent that the problem was widespread, but of course, only Apple knew exactly how common the issues were.

Now, in response to the keyboard problems, Apple has begun a keyboard service program to fix or replace keyboards with faulty butterfly switch mechanisms. From Apple’s support page about the program:

Apple has determined that a small percentage of the keyboards in certain MacBook and MacBook Pro models may exhibit one or more of the following behaviors:

The program covers MacBooks and MacBook Pro models from 2015 onward. Service is free of charge for four years after the first retail sale of the computer. To check if your model is covered, visit Apple’s support page for a complete list of eligible models.

My MacBook Pro’s keyboard hasn’t failed, but I know several people whose keyboard has, and I’ve had a few occasions where keys would become sticky for a short period. If my keyboard ever fails, I expect it will be at the most inopportune time, but at least that hassle and frustration won’t come with a big price tag too.

With the updated software, the three MacBook Pros in our labs all performed well, with one model running 18.75 hours on a charge. We tested each model multiple times using the new software, following the same protocol we apply to hundreds of laptops every year.

Shortly before the winter holidays, Consumer Reports announced that the new MacBook Pro had failed to earn its ‘recommended’ rating due to poor battery life caused by Safari. Apple disputed the testing done by Consumer Reports and worked with it over the holidays to track down the discrepancy between its testing and Consumer Reports’ results. Today, Apple released the following statement to a handful of outlets, including iMore and The Loop:

“We appreciate the opportunity to work with Consumer Reports over the holidays to understand their battery test results,” Apple told iMore. “We learned that when testing battery life on Mac notebooks, Consumer Reports uses a hidden Safari setting for developing web sites which turns off the browser cache. This is not a setting used by customers and does not reflect real-world usage. Their use of this developer setting also triggered an obscure and intermittent bug reloading icons which created inconsistent results in their lab. After we asked Consumer Reports to run the same test using normal user settings, they told us their MacBook Pro systems consistently delivered the expected battery life. We have also fixed the bug uncovered in this test. This is the best pro notebook we’ve ever made, we respect Consumer Reports and we’re glad they decided to revisit their findings on the MacBook Pro.”

There have been reports of battery life issues with the MacBook Pro that are unrelated to Safari, but this should put the Safari issues raised by Consumer Reports to rest.

A million hot takes have been posted about how the late-2016 MacBook Pro with USB-C is the undeniable proof that Apple doesn’t care about developers anymore. They took away all the ports! No Esc key! It’s just a more expensive MacBook Air!

But in some ways, the new MacBook Pro is the most techy and expandable laptop Apple has ever made. They are trusting their pro users to wade into murky USB-C waters in search of the holy grail of a universal, open standard for moving data and power between devices.

I’m not here to change your mind about the MacBook Pro. Yes, it’s probably too expensive and more RAM is better than less RAM. But everyone posting complaints without actually using a MBP for a few weeks is missing out on all the clever things you can do because it is built on USB-C. Over the past week or two with a new MacBook Pro (15in, 2.9ghz, TouchBar), I’ve been constantly surprised with how USB-C makes new things possible. It’s a kind of a hacker’s dream.

His examples make me wish the iPad Pro had a USB-C port to plug anything into it without having to buy adapters. 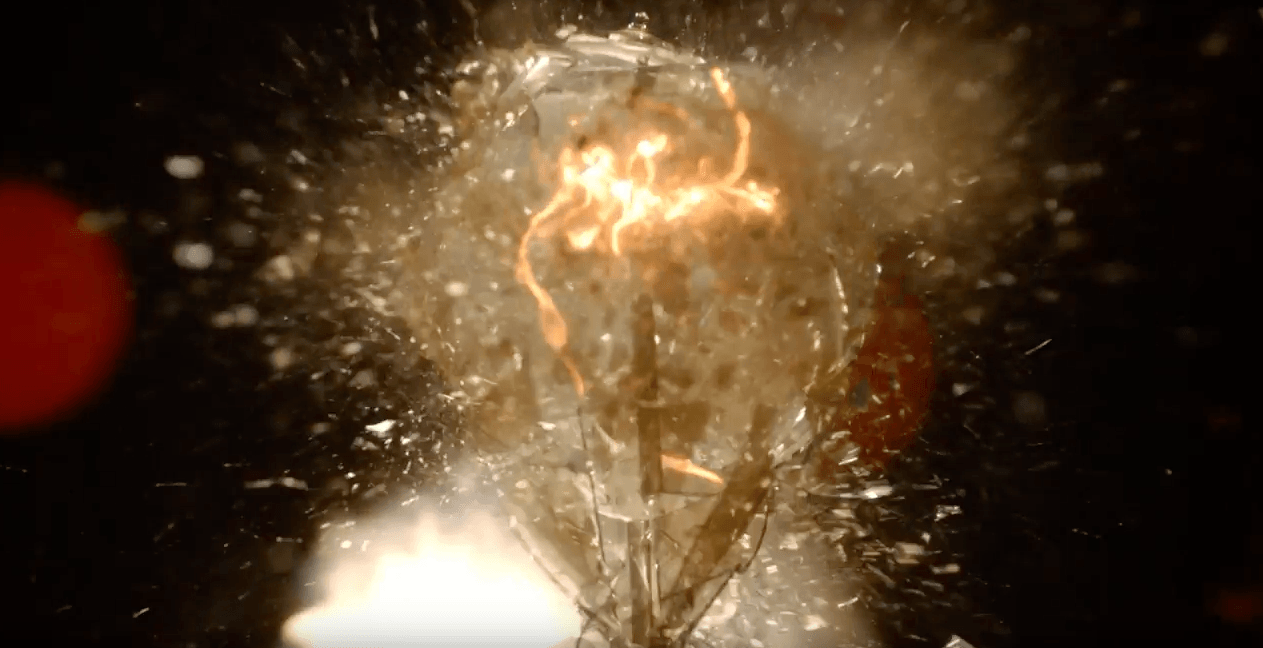 The first reviews of the MacBook Pros with Touch Bars have begun to hit the web. In connection with his review of the new laptops on Backchannel, Steven Levy spoke to Phil Schiller, Apple’s Senior Vice President of Worldwide Marketing, about the motivation behind the Touch Bar and recent criticisms leveled against Apple’s new MacBook Pros.

Levy raised the perennial question of why Apple didn’t just make a touchscreen MacBook Pro. In response, Schiller told Levy it’s not possible to design for a pointing device like a touchpad or mouse and a touchscreen without designing to the lowest common denominator:

“Our instincts were that it didn’t [make sense to do a touchscreen], but, what the heck, we could be wrong—so our teams worked on that for a number of times over the years,” says Schiller. “We’ve absolutely come away with the belief that it isn’t the right thing to do. Our instincts were correct.”

“…is pure Mac,” he said. “The thought and vision from the very beginning was not at all, ‘How do we put iOS in the Mac?’ It was entirely, ‘How to you use the [iOS] technology to make a better Mac experience?’”

I look forward to trying the Touch Bar. With it only available on one line of laptops, it remains to be seen how widely it will be supported by third-party developers, but what I’ve seen planned for Adobe’s products, Sketch, 1Password, and other apps makes me optimistic.

There’s a fine line between whether bringing iOS technology to the Mac is in the service of creating a better Mac experience or amounts, as Levy characterizes it, to ‘the annexation of the Mac platform,’ but just as certain iOS gestures made sense to bring to the touchpad, the Touch Bar feels like a natural way to migrate Mac app toolbars to the keyboard and enhance the manipulation of linear content like audio and video.

Good overview by Benjamin Mayo of all the Apple apps that will have Touch Bar integration on the new MacBook Pros. Apple certainly had the time to build extensive support for the new API while waiting for the new Pros to ship.

That’s a total of 23 Apple apps that live in the /Applications root folder with Touch Bar support as of the current macOS 10.12.1 build. The following apps have no Touch Bar integration as far as I could tell; App Store, Automator, Chess, Dashboard, Dictionary, DVD Player, Font Book, Image Capture, Photo Booth and Stickies. I expect all of Apple’s apps to flesh out their Touch Bar integrations in future macOS update.

See also: Steve Troughton-Smith’s utility to grab a screenshot of the currently active app in the Touch Bar.