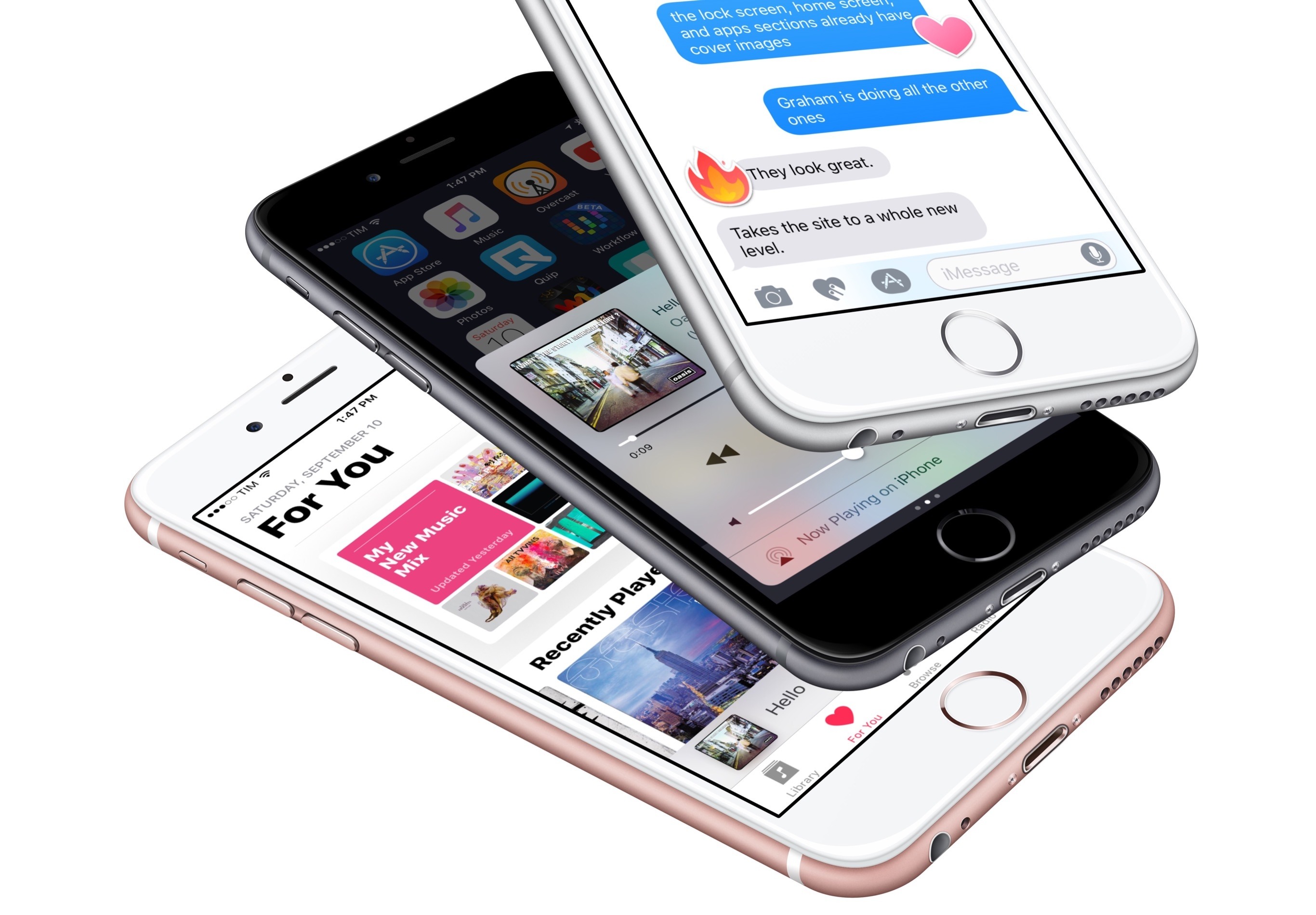 iOS 10 is characterized by an intrinsic duality: an acknowledgement of the platform’s maturity; and a relentless, yet disciplined pursuit of what’s next. Both depend on each other, and they’re the lens through which iOS 10 is best explained.

It’s not just a matter of nurturing developer goodwill: the App Store ecosystem can be leveraged to increase the functionality of iOS, building features that appeal to how people want to use their iPhones and iPads. For Apple, such effort is a nod to the App Store’s strengths and progress. For developers and users, it means apps can have ramifications in the most important parts of iOS.

At the same time, allowing apps to reach further into iOS shows how the concept of “app” itself is evolving.

When different features of an app can be experienced throughout the system, the app becomes more of a collection of services, broken into atomic units. They’re pervasive. Providing apps with more extensibility hooks results in moving more interactions away from the traditional app experience and into single-purpose mini interfaces. Whether it’s an interactive notification, a widget, an iMessage app, or a SiriKit extension, iOS 10 has a clear vision of apps as contextual helpers in addition to being standalone utilities. It’s only reasonable to expect Apple to follow this path going forward.

Signs of maturity include fixing what isn’t working, too. The redesigned Apple Music makes the case for a simplified streaming interface that addresses what many found confusing in its debut release. The pagination of Control Center is a welcome enhancement to its capabilities as much as it’s an admission of its original complexity. I’d argue that letting users remove Apple apps falls under the same category.

Alas, not every glaring problem has been remedied by iOS 10. File management continues to feel like a chore due to cumbersome document providers, and Apple managed to ship an incomprehensible iCloud Drive extension that doesn’t help at all. Mail is lagging behind a competition that is shipping useful integrations and modernized email features. The Slide Over app picker – one of the worst design decisions of iOS 9 – is still with us.

The most disappointing aspect of iOS 10, in fact, is the treatment the iPad received, with uninspired adaptations of iPhone UIs and a lack of attention that’s in stark contrast with last year. In iOS 10, the iPad feels like a second-class citizen again, put on hold in the backseat, waiting for resources to be devoted to it. Perhaps all this will be resolved as Apple’s plans on iPad updates are revealed, but we can’t know yet. Today, iOS 10 isn’t the big milestone for iPad users that iOS 9 was.

An acceptance of iOS’ grown-up status – and the responsibility that comes with it – isn’t the sole driver of its advancements. iOS 10 demonstrates how, at a fundamental level, change is the only constant in Apple’s software. Ironically, the company’s approach to change is what hasn’t changed at all: it’s iterative, divisive, farsighted, often surprising, and, frankly, never boring.

Looking at iOS 10’s features in isolation, we can spot every shade of change that has steered Apple so far. The need to make iMessage a platform and rethink Control Center. The patient expansion of the extensibility framework, done gradually – some might say too slowly – to ensure good performance and security. The first steps towards AI as a feature of our devices, built in a unique Apple way around privacy and laying the groundwork for the future.

But these changes are more than discrete improvements. They’re no islands. As the tenth anniversary of the iPhone and its software draws closer, it’s time we take a holistic view of what iOS has become. iOS’ changes are simply a reflection of our own changes – whether it’s how much time we spend messaging with friends, how many pictures we take, the sensors we put in our homes, or the music we listen to. The memories we cherish, our conversations, the songs we listen to.

Apple understands that, beyond technology, to improve iOS is to realize how much our lifestyles have changed. How software, after all, is nothing but our extension. From such perspective, iOS is never quite finished – it can only be relevant.

And even at its tenth version, iOS is still forging ahead.