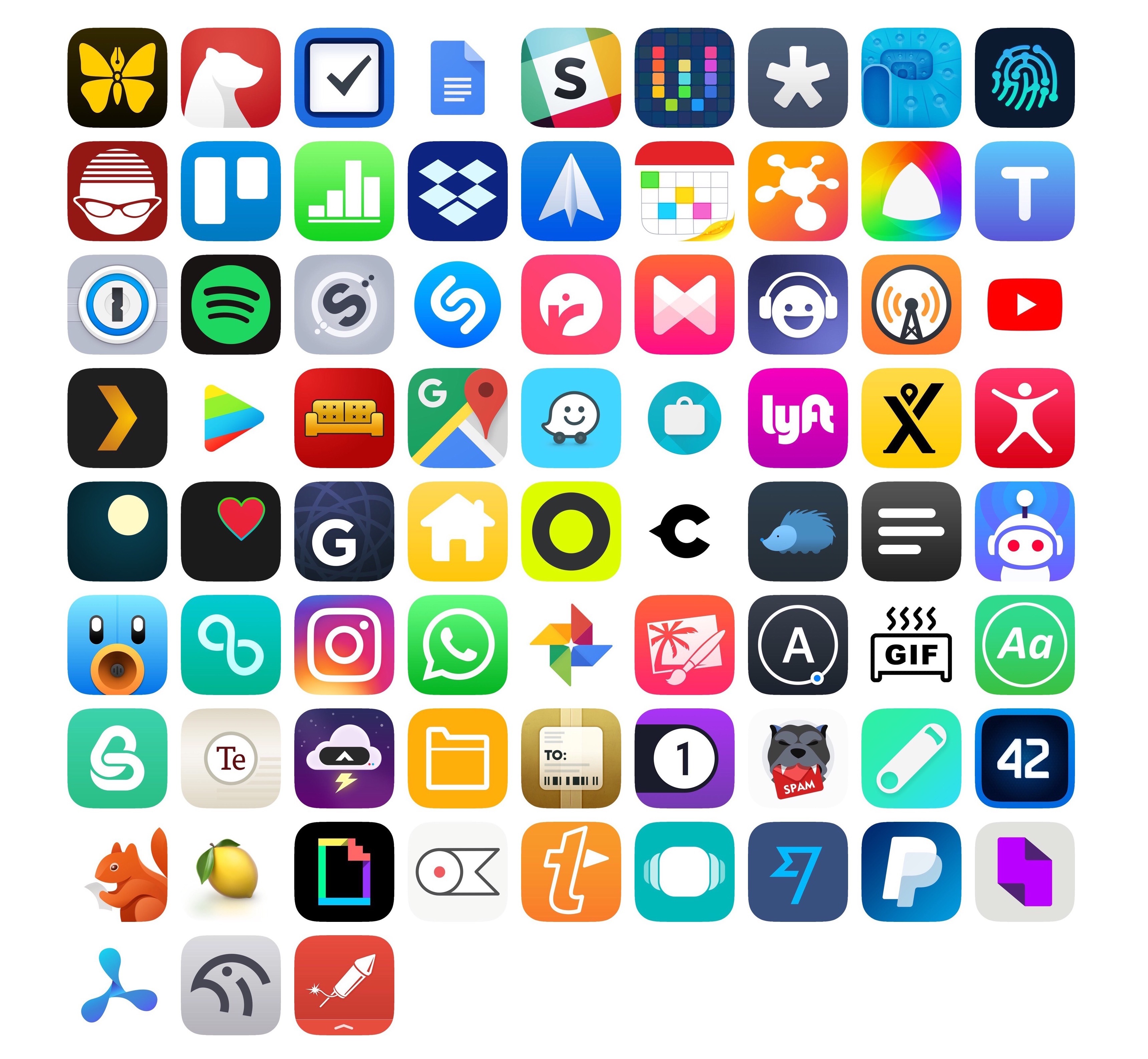 Feature of the Year

Most Reddit apps come with clunky navigation systems that require you to dig deep into nested views to get to your favorite subreddits. With its Jump Bar, Apollo rethinks the concept of a favorite page altogether, allowing you to easily switch between different views in the app simply by tapping the title bar, which combines favorites with autocomplete for popular subreddit search results. Apollo’s Jump Bar is a fantastic example of how a classic iOS interface element can be reimagined and improved, and it’s my favorite feature of the year.

I write about apps for a living, and as such I need to keep tabs on app updates as much as possible. Lookmark makes it possible for me to never miss an update even if I don’t have the apps I’m monitoring installed on my iOS devices. If you care about keeping on top of app releases, Lookmark’s new notification service is a must-have.

Redesign of the Year

Earlier this year, Cultured Code relaunched their popular task manager with a focus on elegance and simplicity. The result was a bold aesthetic that, while predating iOS 11, felt instantly at home on Apple’s new operating system when it launched. Several months later, Things 3.0 still manages to strike a balance of consistency with the platform while also looking unlike anything else on my devices. Things 3.0 is stunning, and an inspiration for other designers on how to build upon Apple’s design language.

With an update that blended Apple’s large title approach with a major overhaul of the app’s layout, Ulysses 12 is a rare instance of a redesign that feels new without causing any confusion or initial perplexity. It simply makes sense. Ulysses 12’s redesign has dramatically improved navigation in the app, and it’s remarkable on the 12.9-inch iPad Pro.

Update of the Year

It’s hard to stand out in the App Store these days, and it’s even harder if your app is part of a crowded category such as weather utilities. CARROT Weather has always been unique, but with version 4.0 developer Brian Mueller managed to fundamentally improve every aspect of the experience – from the app’s personality and weather sources to deep customization on iPhone and, with the 4.3 update, even Apple Watch. CARROT Weather’s evolution into a mature product that hasn’t compromised on its original vision has been outstanding, and Mueller’s work in 2017 deserves to be recognized and celebrated.

In the span of two months, Shiny Frog brought advanced drag and drop to Bear with the Drop Bar and support for rich text drag items, then supercharged its tagging system with auto-complete and icons for popular tags. Bear shows how a well thought-out subscription model – not a hastily implemented one – can let small development shops build sustainable productivity apps that are constantly iterated upon.

David Smith’s advanced fitness app encapsulates everything I want from a utility that keeps track of my workouts: stats, the right amount of customization, and a little more flexibility than Apple’s built-in solution. Workouts++ 2.0 may have launched towards the end of the year, but it’s clearly one of the best app updates we’ve seen in 2017.

Debut of the Year

An app that flew under everyone’s radars when it launched and that somehow managed to become the best drag and drop assistant for the iPad. Gladys is the missing shelf from iOS 11 – an app that can hold anything you throw at it, sync it with iCloud, and keep multiple versions of each item in its library. In just a few months, Gladys has become my go-to app for dealing with all kinds of file attachments, rich text clippings, and images I need to move between multiple apps. If Gladys’ update cycle in 2017 is of any indication, we should keep an eye on this app next year.

I didn’t think it was possible, but Apollo made me like browsing Reddit again. The years of work that developer Christian Selig poured into Apollo are evident if you use his app just for a few minutes, and it’s the kind of passion project with a deep attention to detail that ought to be studied and admired.

App of the Year

I’ve spent hundreds of hours writing in Ulysses this year. The app is a superb reinvention of Markdown for the modern age of iOS text editing, which enhances the writing experience with features such as inline link and footnote editors, smart paste, glued sheets, and filters. Ulysses is more than a plain text editor: it’s a professional writing suite based on plain text and integrated with other iOS apps through automation, drag and drop, and extensions.

Ulysses has defined the past year of writing at MacStories: there’s nothing else like it on iOS, and its developers have adopted a business model that allows them to continuously improve, fix, and innovate.

Ulysses represents the modern pro app for iOS and, without hesitation, it is my App of the Year.

A few honorable mentions for apps that also defined my iOS usage in 2017. These are fantastic pieces of software, showing how the iOS developer community is still vibrant and thriving.

Looking back at the apps I’ve used in 2017, I see two emerging themes: iOS 11 is reshaping many of my favorite apps, primarily because of iPad multitasking or drag and drop; and, as time goes on, I increasingly value good UI design and have less tolerance for cross-platform apps that don’t feel native on iOS. The former is something I expected, as I wrote in last year’s conclusion. As for the latter: perhaps, as I approach my thirties, I’m getting older and wiser; personally, I just think the best hardware products Apple has ever shipped – the iPhone X and 2017 iPad Pros – demand the absolute best software they can run.

In hindsight, I was wrong about Workflow having a bigger impact on my iOS usage in 2017 – or, at least, I was off by a year, as I couldn’t predict Apple’s acquisition. So I’m going to repeat what I wrote at the end of 2016: it’ll be interesting to see what an entirely new Workflow made by Apple could unlock for iOS productivity in 2018, and how it could tie into Siri and HomePod as well. Even though its development cycle has slowed down, I remain optimistic about the future of Workflow.

I expect Apple to continue iterating on iPad productivity enhancements next year (I don’t think they’re done with iOS 11), and, obviously, I will continue discovering and experimenting with new apps. iOS 11 revitalized the App Store, and I’m excited to see what developers will invent next.

As always, let’s check back in a year.