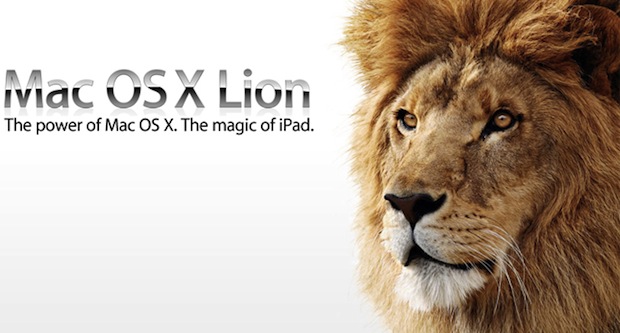 Ahead of the official Lion and iCloud announcements set for the WWDC keynote on June 6, AppleInsider reports today sources familiar with Apple’s plans claim the company will offer some iCloud features and services for free to users who decide to upgrade to Mac OS X Lion this summer. In the press release issued yesterday, Apple touted iCloud as “upcoming cloud services offering”, leading to speculation that Apple has built a series of services and not just a cloud-based music application for streaming to desktops and mobile devices. According to recent speculation, iCloud will offer a set of tools to replace MobileMe, which currently comes with calendar, email, storage, contact organization and photo gallery services. It was rumored before that a MobileMe revamp could also see Apple making more services free (besides Find my iPhone), though AppleInsider claims free functionalities will only be enabled for Lion users, with older OS X versions and Windows PCs getting access to iCloud for an unspecified fee.

People familiar with Apple’s plans indicated to AppleInsider that at least one of those secrets is expected to be that at least some of the services included in iCloud will be offered for free to Mac users who make the upgrade to Lion. iCloud is expected to replace the company’s existing MobileMe service, which offers e-mail and remote file storage, along with syncing of bookmarks, contacts and calendar events, at a price tag of $99 per year.

That price tag may remain for users who do not make the upgrade to Lion, or for Windows users. But it is expected that the cloud services will become free to Mac users who run the latest version of Mac OS X.

Music streaming is not expected to be offered for free, as Apple has been working closely with music labels and publishers to get deals done to launch a music service this year and, considering the licensing fees Apple will have to give back to them, users will likely have to pay an annual fee or monthly subscription in order to have their songs mirrored to the cloud and available for streaming on any device. Another report from March indicated the new MobileMe cloud music service would cost around $20 per year.

AppleInsider also reports a source “with an unproven track record” has said Apple will follow a similar pattern to Snow Leopard to price OS X Lion “aggressively” and persuade users to upgrade early without waiting for possible discounts or online deals. Snow Leopard was released with boxed copies priced at $29 as Apple considered it a “minor” upgrade to Leopard still worth purchasing and, if Lion will also be released digitally through the Mac App Store as recent speculation pointed out, Apple might try to cut the price of Mac App Store digital download and increase the price tag of boxed copies / (rumored) portable USB key distribution. Or, Apple could simply offer all versions of Lion at a lower price to convince all kinds of Mac users to upgrade early, get some iCloud features for free, and stay on the latest version of OS X. Apple has usually priced major OS X releases at $129 with Snow Leopard being the exception at $29. It’s unclear from today’s report whether “aggressive” pricing could refer to Lion being available at $29 as Snow Leopard, or simply below $129.

It’s possible that the lower price could also be tied to purchasing Lion through the Mac App Store. The company already does this by selling its professional photography software, Aperture, for $79.99 in the App Store – a price more $120 lower than the $199.99 Apple charges for a boxed copy of Aperture 3, and even $20 less than the $99 Aperture 3 Upgrade.

Whether Apple will choose to go with the same sub-$30 pricing of Snow Leopard when Lion goes on sale is unknown.

Mac OS X Lion was initially rumored to be scheduled for a summer release in late July or August, although a report from last week claimed the OS is nearing public release after widespread internal testing.

Update: 9to5mac reports iCloud could be offered for free to students and teachers with educational discounts tied to a Mac purchase. Apple could announce such an initiative as part of the Back to School promo rumored to be unveiled at WWDC next week.

A source with some success in the past has passed along that iCloud will have educational-tiered pricing, perhaps being free for students and teachers to a certain level or with the purchase of Apple products.

Example: Buy a Mac, get an iPod and two years of iCloud for free.