Rogue Amoeba’s Paul Kafasis, writing on the latest version of their audio recording app, Piezo, and their decision to exit the Mac App Store:

A major reason for the initial creation of Piezo was our desire to allow recording from other applications on the Mac within the limits of what Apple’s Mac App Store rules allowed. We were pleased to provide audio capture to customers of the Mac App Store, and for a time, things worked just fine. However, Apple eventually changed the rules, requiring that all applications distributed through the Mac App Store be sandboxed. This was a problem. Piezo’s need to capture audio from other applications precludes the possibility of it being sandboxed. This new requirement effectively stopped our ability to upgrade Piezo in any meaningful way.

We’d like to provide customers with the option of buying Piezo through the Mac App Store, but it’s more important to us that we provide a quality product with full functionality. In the case of Piezo, that now means exclusively distributing the application via our site. Users have always had the option of downloading and buying Piezo direct, so this didn’t involve much in the way of additional work. The biggest issue was simply choosing to remove Piezo from the Mac App Store. Ultimately, we feel the decision was made for us by both technical and bureaucratic factors outside of our control.

It says a lot about the Mac App Store that, whenever another app exits it, our reaction isn’t “why” but “of course”.

Readdle’s Denys Zhadanov has put together a good article detailing how Readdle launched PDF Expert for Mac (which Graham likes) and got to #1 in the Mac App Store. I particularly liked this bit on how they positioned the app in the research stage:

Many people told me that it doesn’t make sense to build a product that already has some decent alternatives. But honestly, I like competition. Healthy competition indicates that there is a good addressable market out there. Having a superior product that does things better and is differentiated enough can lead to a successful and sustainable business.

Thanks to our research and preparation, we were able to position PDF Expert for Mac really well. It steps in where Apple Preview is too basic and Adobe Acrobat is too cumbersome. With PDF Expert, people can actually do their PDF work much faster and easier, including reading, annotating, form filling, and signing documents.

As I argued on Connected last week, too many developers think that making a good app is all it takes to achieve “success”. Preparation, research, and understanding the position of an app beforehand are just as essential. Denys has some other practical tips and fascinating stats, so make sure to check out his post.

I woke up to an inbox full of e-mails from customers reporting that my apps wouldn’t launch. This included new customers who had just purchased from the Mac App Store as well as people who had purchased long ago, hadn’t made any changes, and expected that things would just keep working.

The Mac App Store is supposed to make things easier, but it’s also a single point of failure. Not only is it neglected, but sometimes even the existing functionality stops working. Mac OS X 10.9 introduced a code signing bug that prevented me from submitting updates for several months. In June 2015, there was a month-long iTunes Connect bug that prevented my uploaded build from entering the review queue. And I currently have a bug fix update that Apple has been reviewing for 33 days (with 8 days of waiting before that). When I inquired about the status, Apple told me that everything was normal and that I should just keep waiting. In short, the system is broken on multiple levels, and there is no evidence to suggest that things will get better.

This problem hit me as well – I had to check something on Tweetbot for Mac last night, but it wouldn’t launch. Same with other apps. There is a workaround, but it’s not working for everyone. And, despite the widespread nature of the problem, Apple has said nothing about it.

The Mac App Store lives in a sad state of abandon when compared to its iOS counterpart. For years now, Mac developers haven’t gotten access to the same tools made available to iOS developers. And that’s not to mention the myriad of issues and uncertainty they had to go through when Apple started rolling out sandboxing.

But preventing people from using apps they bought without a proper explanation, affecting third-party developers in the process? Just inexcusable.

Loose Leaves is a handy (free) utility for OS X that takes selected Markdown text from almost any app and instantly creates a web page on the secure Loose Leaves server that you can link to and share.

Loose Leaves is available anywhere, and just a hotkey away in any app. If you’ve ever needed to share more than 140 characters, link long text in Trello or Slack, or just effortlessly share an idea from your notes, this is a handy tool to have.

I’ve been an Acorn user for years now. I first started using it as my primary photo editing tool because I could open, edit, and export a perfectly-optimized web image before Photoshop had finished bouncing in the Dock. Photoshop has improved its launch time in recent versions, but Acorn has stepped up its game, too.

Acorn 5 came out this week, and it adds some powerful new features. Notably, it adds tools for vector manipulation and generation, as well as additional bezier and vector tools, PDF Import, snapping to grids, guides, other shapes, and more.

If you’re a Photoshop user looking for an alternative, Acorn has the tools you’re used to: dodge and burn, hue and curve adjustments, custom selection editing, and everything you need to do advanced photo editing. Acorn 5 can even import Photoshop brushes. Given the wide diversity of custom brushes available on the net, this opens up a lot of possibilities. 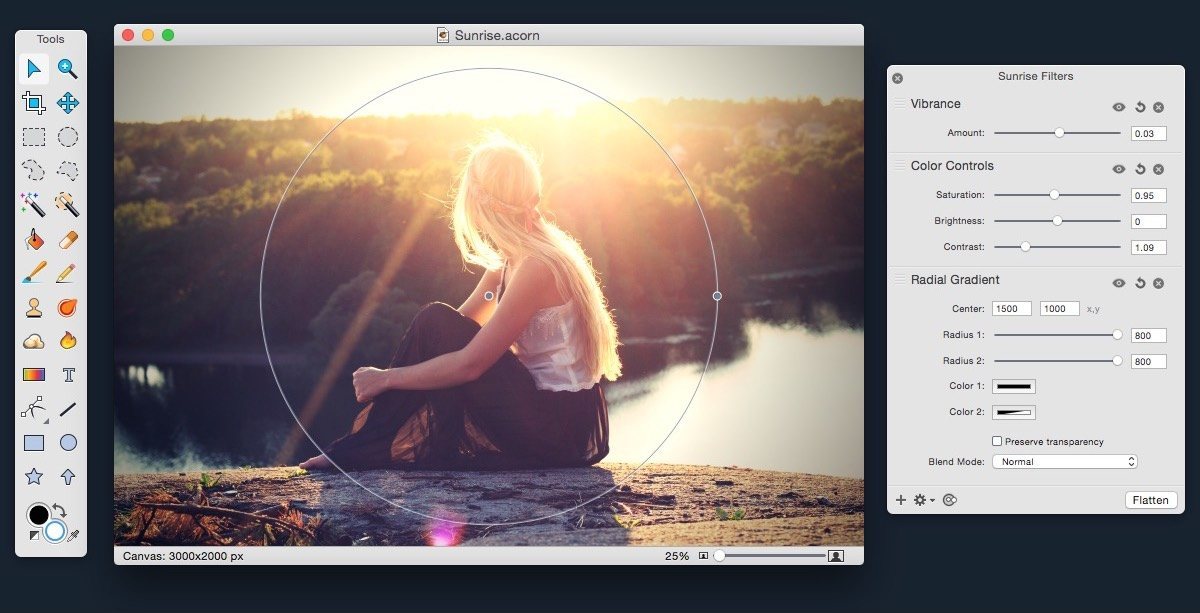 Version 5 also adds additional non-destructive filters and adjustments for both raster and vector layers, and the new Shape generators and processors are stackable and non-destructive as well. The layer adjustments are stored in the native Acorn file format, so you can always access and update them.

Acorn still has all of the great tools from version 4, including professional photo editing tools, Smart Layer Export for automatic 1x and 2x images, and the best compression on exported PNGs you’re likely to find.

Acorn 5 is $24.99 US on the Mac App Store (also available for direct purchase, with a few small differences). Check out the website for more info, and read the release notes for a mind-boggling list of all of the new features.

Craig Hockenberry on the many limitations of the Mac App Store when compared to its iOS counterpart:

I think the thing that bothers me most about this situation is the inequality. Mac developers aren’t getting the same value from the App Store as their counterparts on iOS. We all pay Apple 30% of our earnings to reach our customers, we should all get the same functionality for that fee.

It’s not fair to developers to keep the Mac App Store like this. Developers should be able to test and track performance of Mac apps just like they can on iOS. Instead of improving the Mac App Store for developers, things are only getting worse the more it’s neglected – this isn’t right, and it should be fixed. 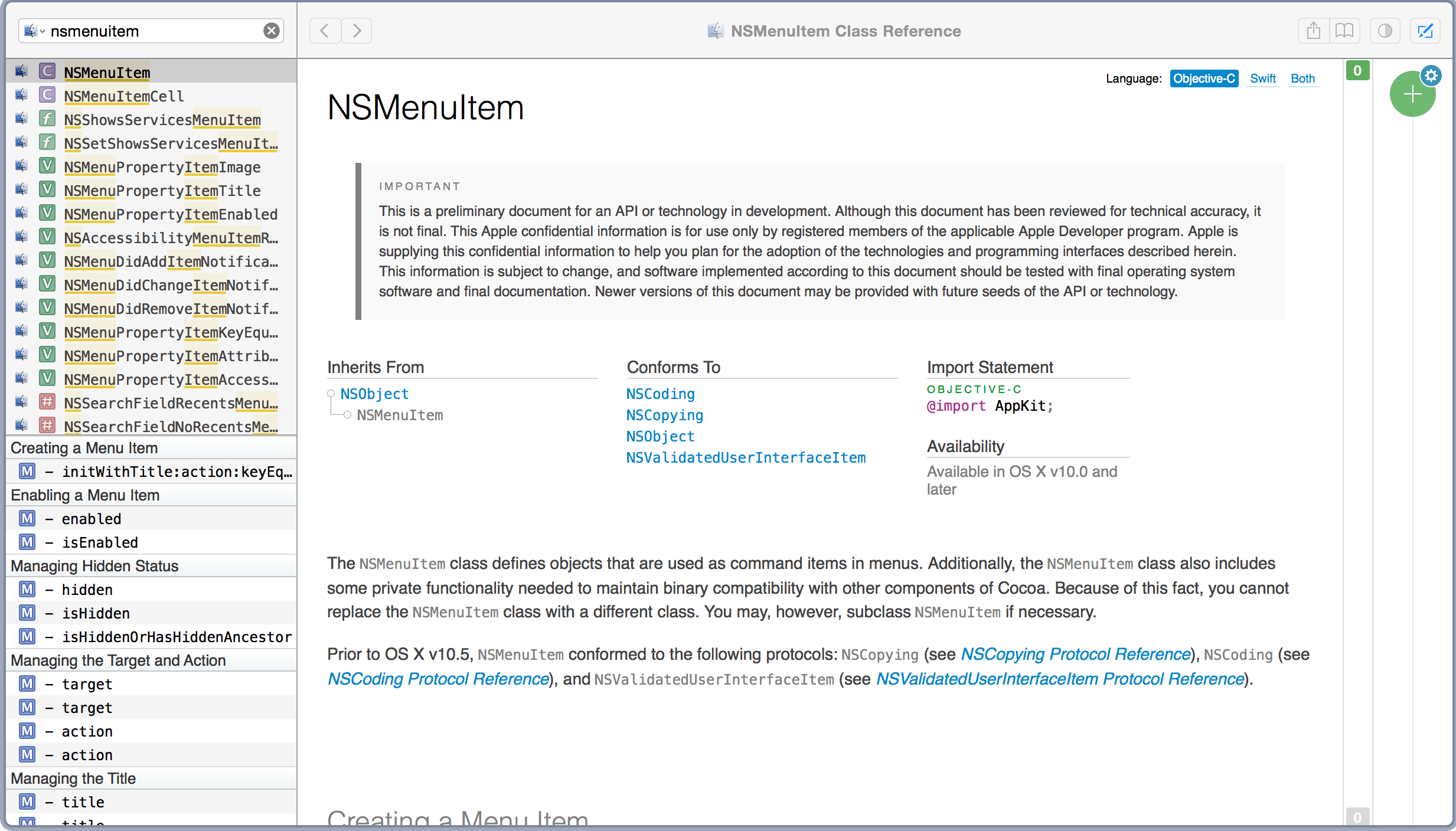 As a Mac and iOS developer, web designer, Unix lover and all around coder, Kapeli’s Dash has become an indispensable part of my workflow. Version 3 of the reference tool was released recently, and it continues to be a tool I’d be lost without.

END_OF_DOCUMENT_TOKEN_TO_BE_REPLACED

Mindnode has been a favorite at MacStories for a while, and I’m happy to see a brand new version for Mac available today. MindNode 2.0 for Mac is an entirely new app, with an introductory price of $19.99 US ($29.99 after the intro sale).

The new version includes a variety of features that expand MindNode’s usefulness beyond simple mind mapping to make it a powerful tool for collaboration, polishing ideas, and writing (among the many things mind maps are great for). All this while maintaining the attributes that set it apart from the beginning: simplicity and elegance.

The new features include notes, something I’d always felt was an oversight in MindNode. I like to keep my topic titles as short as possible, and being able to expand on an idea or add extended thoughts via attached notes is vital. MindNode 2.0 does a nice job of indicating which nodes have notes with an unobtrusive icon while concealing the extra cruft. Notes can be included in the various export formats (PDF, Freemind, OPML, Image, Markdown, or text).

When I’m writing, mind maps are the first tool I employ to brainstorm, develop, and begin structuring a piece. The outline view in MindNode (new to the Mac version) means I can see a linear view of my content as I work in the less restrictive format of a mind map. Being able to include notes in the Markdown export means that I can even begin developing paragraphs right in the mind map.

That leads me to mention my favorite new feature: the ability to preview the rendered Markdown from a mind map while I work using Marked 2 (my own Markdown preview and writing tool). Click File -> Advanced -> Open in Marked and a full preview of the Markdown export, including notes, will update every time the mind map saves. (iThoughtsX has Marked integration, as well.)

MindNode had also been missing the ability to add icons and markers to nodes, but not anymore. The “Stickers” feature lets you choose from a custom set of tinted icons to set ideas apart. You can also add labels to connections to help make things more scannable.

MindJet MindManager users will be happy to hear that MindNode can now import your existing maps. I switched away from MindManager a while ago, but used it for years, accumulating a significant pile of brainstorms in mmap format. Being able to access Mindjet’s proprietary format in my tools of choice is important to my sanity.

Also new to the Mac version, the MyMindNode web service allows you to publish your maps on the web and link or embed them in a blog or web page. Maps can be re-published at the same URL as they’re updated.

If you’re looking to up your brainstorming game, you can find MindNode 2.0 on the Mac App Store.

Black Friday is upon us once again! #MacStoriesDeals is the best place to find great deals for Mac and iOS apps and games, Apple hardware deals, and some great book and audio specials.

There are thousands of software and hardware deals online. We carefully pick the best ones and collect them in a single post with links to buy or share discounted products. You don’t need to be overwhelmed by Black Friday deals because we take care of finding the best stuff for you.

Bookmark this post, and come back every day to find updated deals for each category. Updates will be listed as new entries at the top of each category.