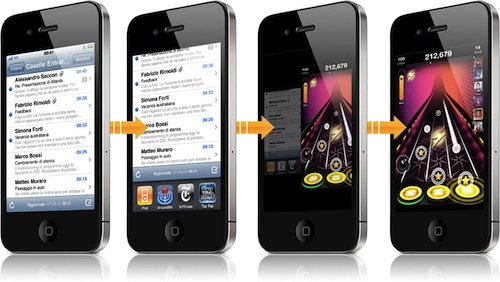 According to a report published tonight by The New York Times, Apple is not developing a smaller version of the iPhone. Rather, the report indicates Apple is looking for ways to make the iPhone cheaper by cutting the costs of internal iPhone components, like Flash storage. Like previous speculation, the NYTimes report, which cites people familiar with Apple’s plans, mentions that by reducing the capacity of the iPhone storage (one of the most expensive components in iPhone production) Apple is aiming at letting users store their information and media online, on Apple’s servers, through MobileMe.

The new MobileMe, according to the Times, will be free and will let users “synch their files without using a cable”. Apparently, the goal is to make MobileMe’s infrastructure fast and reliable enough to allow for photo, video and media storage so that users won’t have to do anything to find content synced across all their devices. The move to MobileMe as the primary way to store content online instead of Flash memory would let Apple launch a cheaper iPhone, but not a smaller one. An iPhone with a different screen resolution would force developers to “rewrite their apps” and “would be more difficult to operate”.

But contrary to published reports, Apple is not currently developing a smaller iPhone, according to people briefed on Apple’s plans who requested anonymity because the plans are confidential.

Apple’s engineers are currently focused on finishing the next version of the iPhone, which is likely to be similar in size to the current iPhone 4, said one of the people. The person said Apple was not planning to introduce a smaller iPhone any time soon. Analysts expect the new iPhone to be ready this summer.

The New York Times also mentions a senior Apple executive said during a meeting “that it did not make sense for the company to make multiple iPhone models”. Apple is very concerned about the fragmentation issue of multiple devices with different specs running the same operating system. The NYTimes report thus contradicts what has been said so far by Bloomberg and the WSJ, which confirmed through anonymous sources that Apple was planning on releasing a smaller version of the iPhone with a 2.3-inch screen.