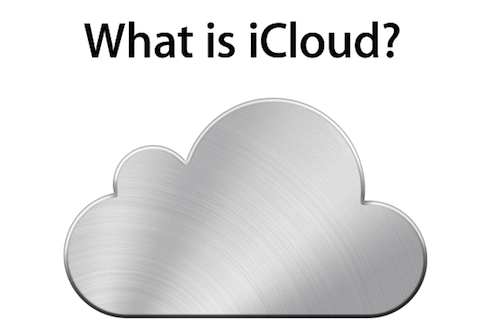 The conversation my friend Francesca and I were having in front of a good cup of coffee ended when she concluded that iCloud was the operating system.

At first, that silly statement didn’t make any sense to me. I laughed, and tried to explain her that it’s not the operating system – the one you have to download and install on your computer or device – rather, I told her iCloud was a new way to keep all her content stored somewhere else she could access at any time. But the more I went on to illustrate the advantages of pushing media from the Internet (“the cloud”) to devices without a USB cable, the more she kept asking why would that be any different from having the operating system on the Internet, “doing stuff for you automatically.”

I’m a geek, and I know the difference between an operating system and a service. I know iOS 5 will be capable of receiving software updates over the air, and I know OS X Lion will keep its filesystem structure visible to the user like the good old Snow Leopard. I know what it’s like to discover new things in the CoreServices folder and I’ve always enjoyed exploring the (hidden) iOS file structure with tools like iFile. But does she know? Does she need to know? Does she – do “normal people” care about wiping caches in the user’s Library folder to free up space? No. People like Francesca don’t know, don’t care, and won’t ever show any interest in decrypting an iOS 5 beta to discover what’s inside. To them, a new version number is what it is - a number. So when she asked me what the “new iPhone functionalities” announced on Monday were like (admittedly, I was surprised she knew there was an Apple conference of sorts – could have been the national news talking about Jobs on TV though), I started ruminating about Notification Center, Reminders, split keyboard, and so forth. We know what’s new in iOS 5. But she did not, and most of the time I was talking she didn’t care. Mind you, she’s not a geek and she couldn’t possibly know about modal windows and geofences. I’m not saying she’s not capable of understanding – no: she simply doesn’t care. It’s hard to understand this because we’re geeks and we always want to understand – it’s in our nature – but, surprise, it turns out normal people don’t have time to waste trying to wrap their heads around 1080p video export code strings and hidden social contact features. As much as Apple likes to delight the press with technical details and in-depth demoes in front of a cheering nerd crowd, new features are nothing but new features to the average iOS people. There’s nothing to discover inside them. There’s no conspiracy. It’s just progress. And so she asked.

“iCloud stores your music, photos, apps, calendars, documents, and more. And wirelessly pushes them to all your devices — automatically. It’s the easiest way to manage your content. Because now you don’t have to.” This is how Apple describes iCloud on its website. Simple, right? Check out those animations of photos moving across the cloud and devices, or how many time Apple writes “your content”. It couldn’t be simpler. And because I know I had to keep things simple, I told Francesca iCloud was free and great because in a few months it would allow her to never think about “sync” and “the cable” again – all her documents, music, apps, calendar events and mail would be available anywhere, at any time, without any manual actual. “Like magic”, I said. I went ahead, and explained that besides keeping stuff always available no matter the device, a new iTunes feature called “Match” would soon let her pay to convert non-iTunes (let’s just say it – illegal) music into iTunes DRM-free files. She didn’t quite get the DRM terminology, but she got interested when I explained that iTunes would scan her library automatically, in seconds, to make her illegal downloads play nice with Apple’s rules. After I mentioned iTunes Match would cost her something along the lines of $25 per year, she said people would be stupid not to accept this offer. A good example of how Apple’s plan will work, in my opinion.

The conversation went on and reached the breaking point when I summed up: “Okay, so basically this Fall you’ll stop caring about USB sync because Apple does it for you with all your content. It works everywhere”. “Yeah, it sounds very interesting. So iCloud is the operating system, and I won’t have to move things manually anymore”, she replied.

Like I said, it didn’t make sense to me last night, but it does now. I’m not saying iCloud is the operating system (we know it’s not, right?), but it will look like one for many users. And this is because many, many people don’t know what operating system even means. To people like Francesca, the operating system is a bunch of PDFs, folders and songs. Plus the Internet (the web browser). You can call her a “n00b” and whatever you want, but do you see where this is going? If most people are “ignorant” in regards to computing and don’t know the difference between an underlying OS and the user’s files on top of it, don’t you see how Apple’s strategy will work for all of them? Apple is saying they’ll store all the content (documents, music, contacts, calendars, mail) for free, across devices, automatically. Steve Jobs is saying people shouldn’t worry about the filesystem. When you put things in perspective, it’s easy to understand why Francesca got the hang of iCloud as an “operating system”.