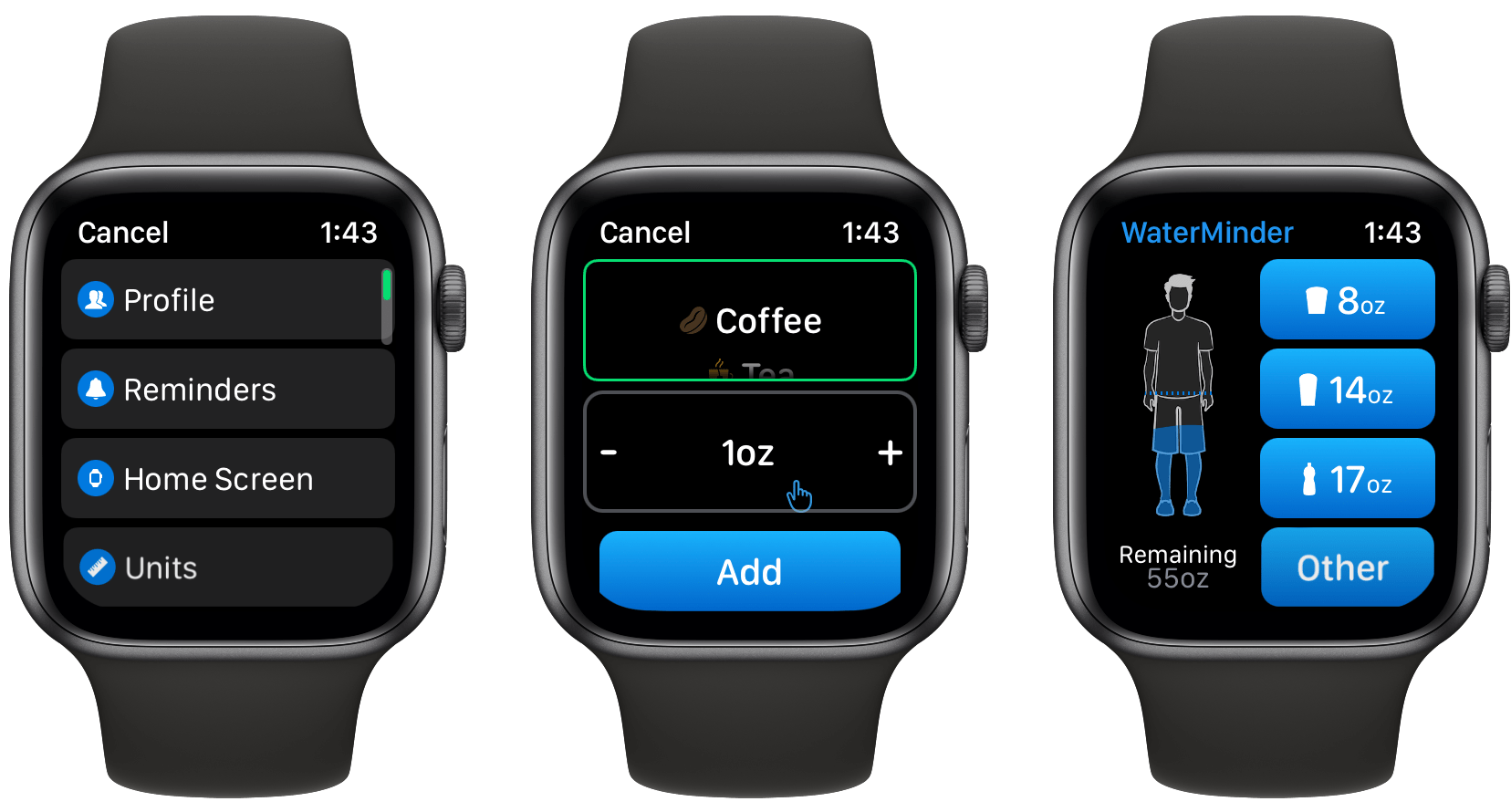 Today, there are a lot of apps that track hydration, but for me, the standard-bearer for the category has always been and remains WaterMinder by Funn Media. The app has evolved a lot since we first covered it in 2016, but what hasn’t changed is its emphasis on fast data entry, a clear, easy-to-use interface, and the adoption of the latest Apple technologies. With version 5.1, the WaterMinder watchOS app has been rebuilt from the ground up using SwiftUI. A handful of other nice additions have found their way into the iPhone and iPad apps too. 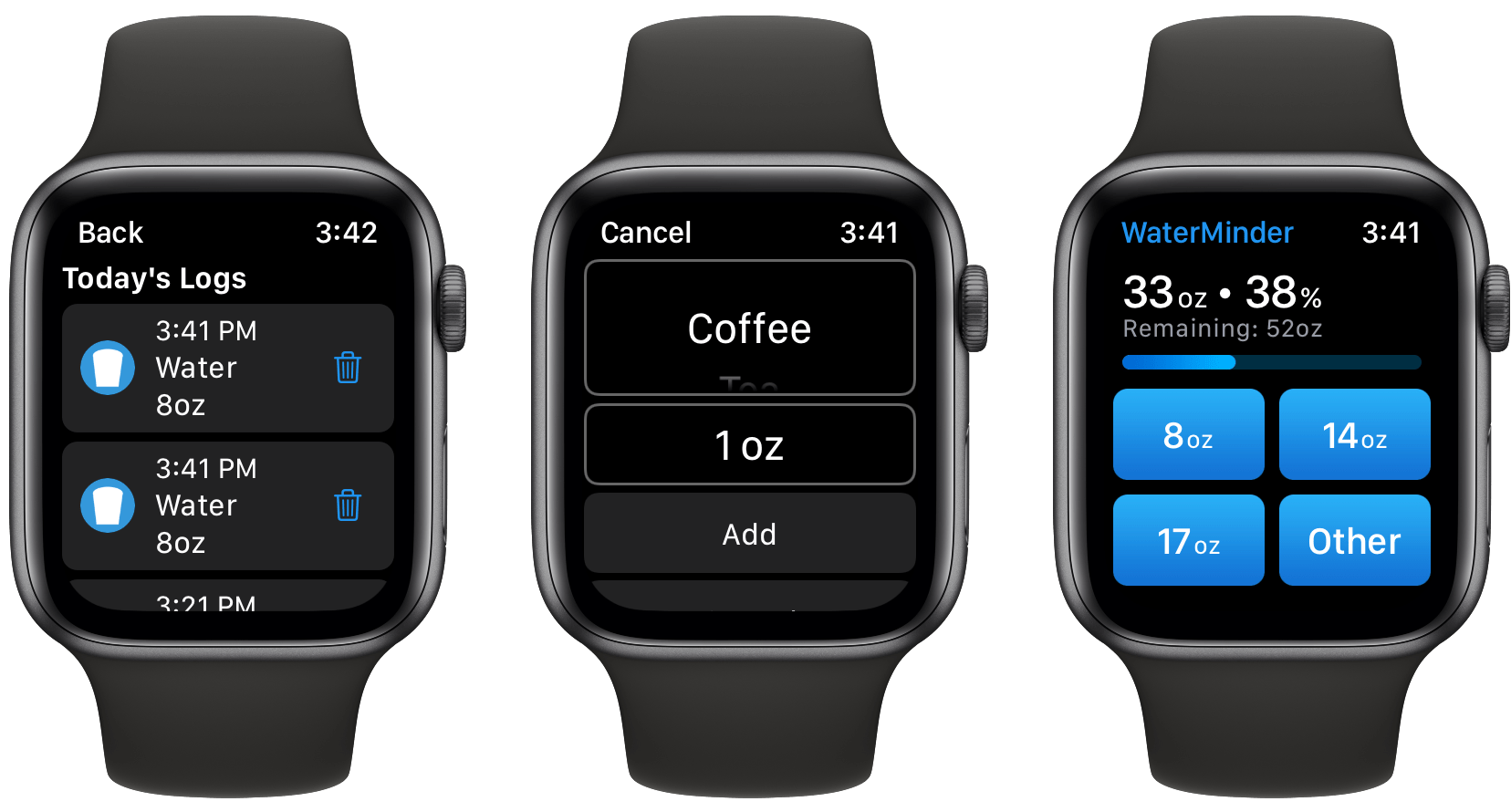 A signature of WaterMinder’s design on the iPhone and iPad is the app’s customizable character that fills up with water as you log drinks throughout the day. That core element of the app has been added to its Watch app for the first time, replacing a plain bar graph with the same character-based progress indicator found on the iPhone and iPad.

WaterMinder lets you pick from a large number of characters in the iPhone and iPad apps. One of my favorite touches of the updated Watch app is that any change you make to your character on the iPhone or iPad is reflected in the Apple Watch app adding to the continuity of experiences between each version. Underneath the character is the percentage of your goal you’ve reached and the total amount of liquid you’ve consumed, just like on the other versions of the app. Tap on the character, and the label switches to the amount of liquid you still need to drink to meet your goal.

The right side of the Watch screen shows three drink presets that can be configured in the iPhone and iPad apps and an ‘Other’ button. The Other screen has been updated with a tumbler-style button that rotates among various types of drinks to choose from, like coffee, juice, and soda. There’s also a slider button that you swipe across to pick the volume of liquid consumed before tapping to log it. With just two swipeable buttons, WaterMinder makes logging a wide variety of drink types and sizes incredibly easy. 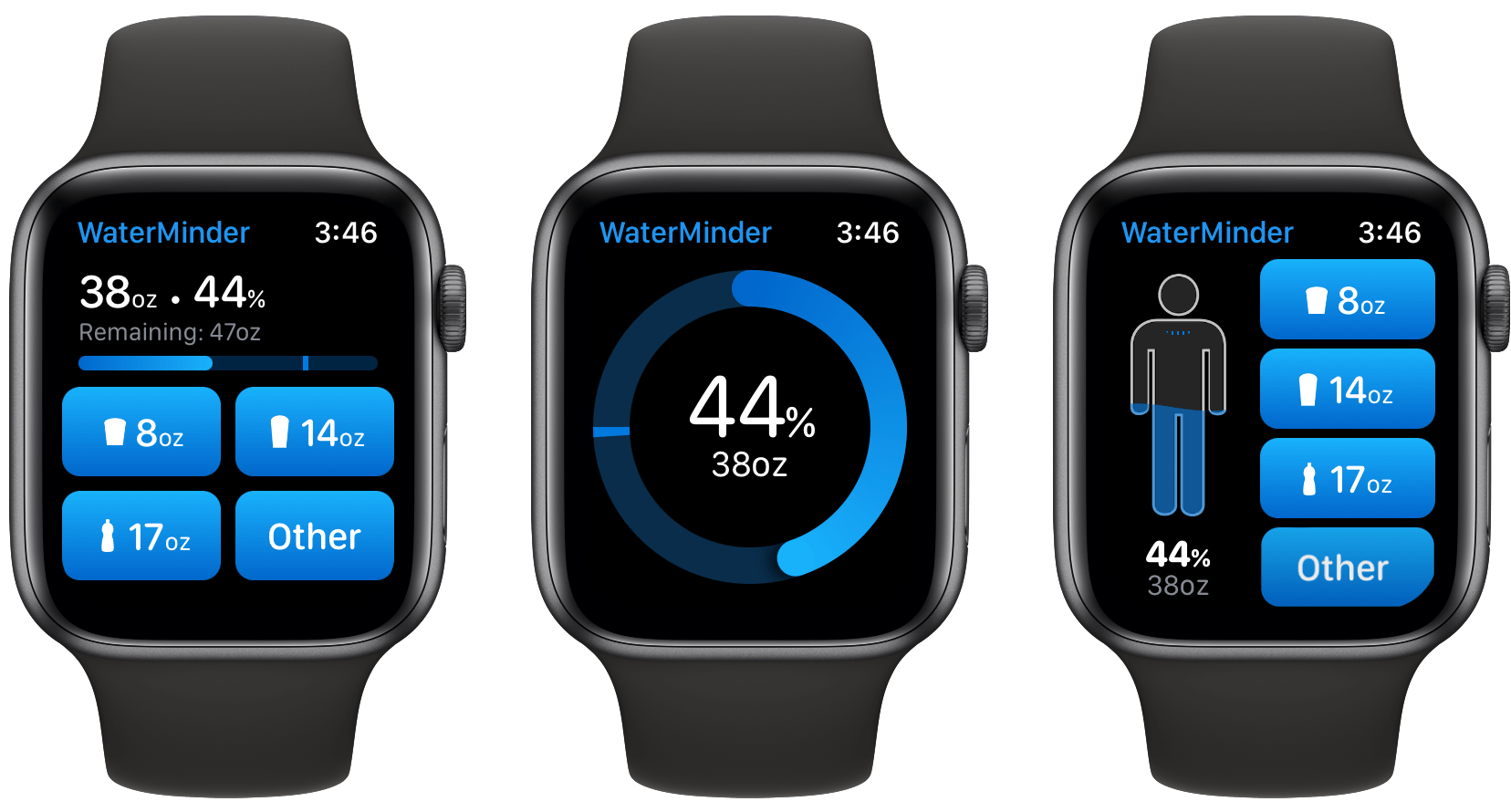 If you twist the Digital Crown a little, you can also access WaterMinder’s logs, which are similar to the prior version of the app, and its settings. The settings are worth exploring because there are a number of options available. For example, if you’re not a fan of the app’s default character UI, you can replace it with a ring or a line graph and button layout. There are even settings for the style of the cup iconography used in the app. 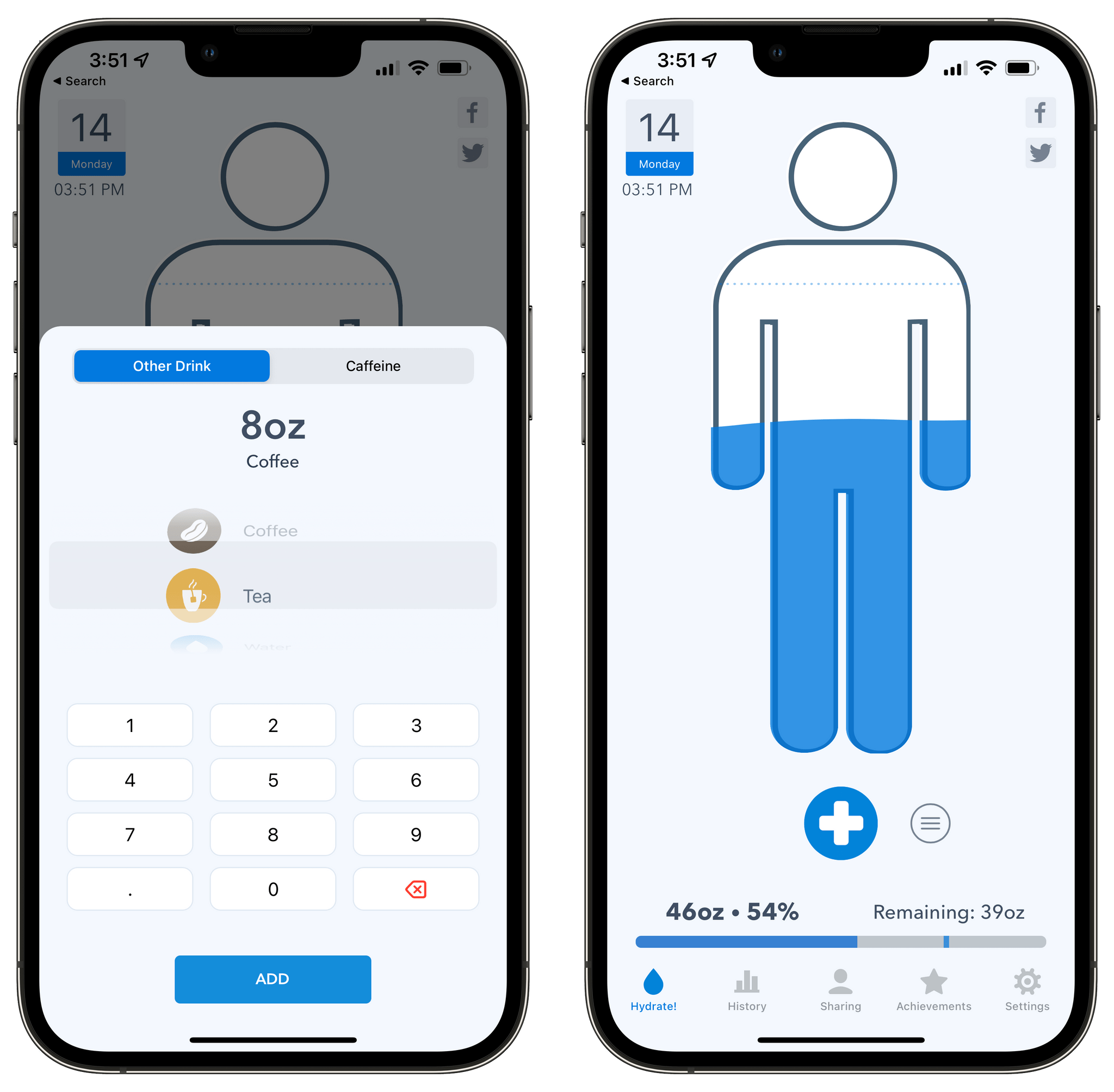 WaterMinder has added a few new features to the iPhone and iPad apps too. There’s a new setting that overlays a dotted line over your character to give you a sense of where your liquid consumption should be throughout the day. There’s also a new, optional picker UI element for choosing ‘Other’ drinks that aren’t part of your predefined set. Those predefined drinks are available by long-pressing on the app’s icon on an iPhone or iPad too.

It’s easy to not stay hydrated whether you’re being blasted by warm, dry air in the wintertime or exercising in the heat of summer. I’ve always appreciated WaterMinder for how it takes the tedium out of logging liquids and its clear depiction of the data it records. With the redesign of the Watch app, Funn Media has created a more unified experience across all platforms. Coupled with fast, native performance driven by its use of Swift UI, WaterMinder 5.1 is an excellent update worth checking out, especially if you haven’t tried its Watch app before.