Yesterday, iOS and iPadOS 15.2 were released with a grab bag of new features, refinements, and fixes. There are some handy details in this release, many of which are found deep within the Settings app, so it’s worth poking around to find the ones you want to try. 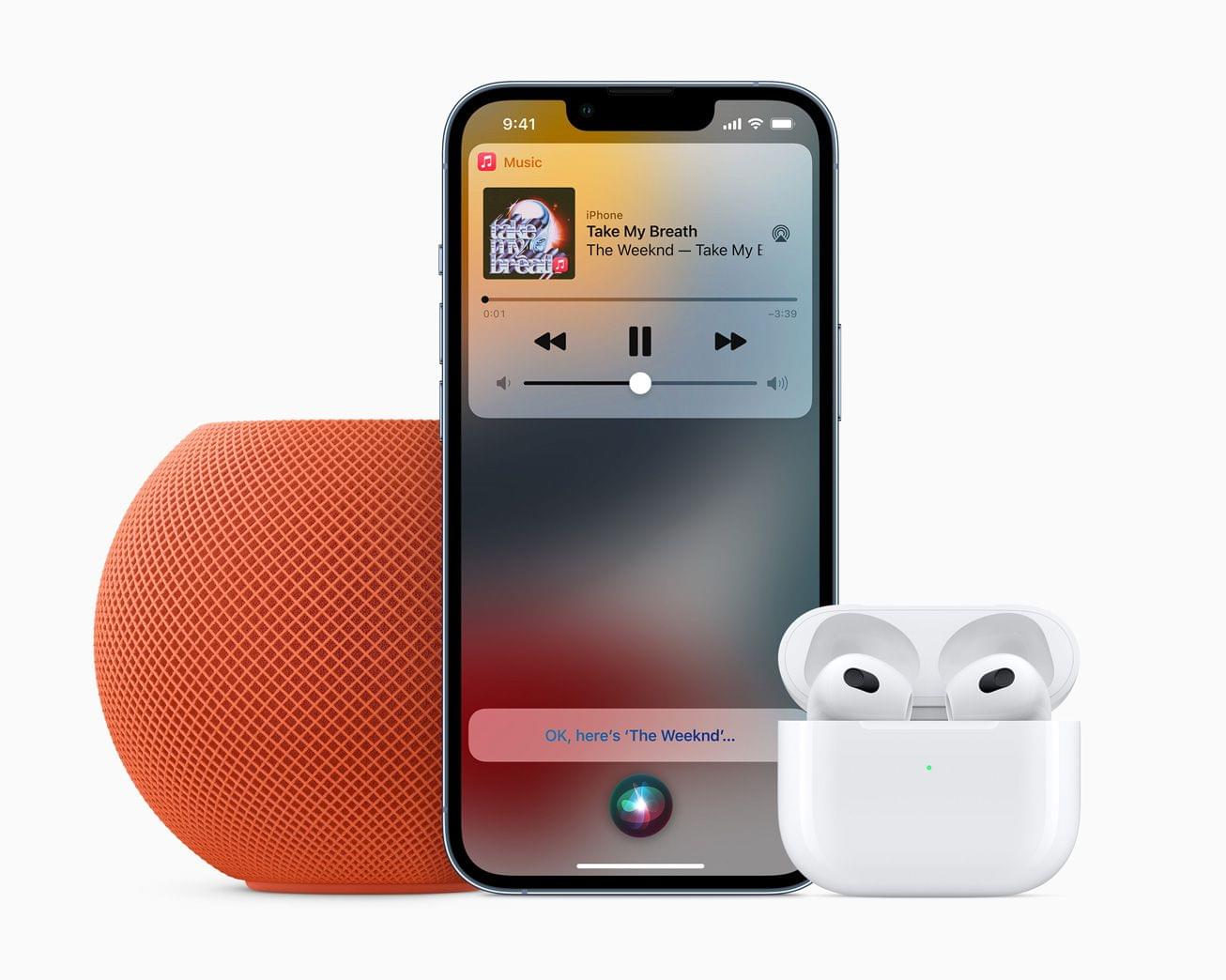 One of the first things Apple announced in October alongside the new colorful HomePod minis was Apple Music Voice Plan, a more affordable version of the company’s music streaming service that is controlled solely by Siri. The new plan lets subscribers access Apple Music’s deep catalog of music, playlists, and radio stations with Apple’s voice assistant. Specific items from Apple Music’s catalog can be requested, or you can ask for songs that fit a mode or ones that are picked based on your like and dislike history. There’s also a feature called Play it Again that allows you to access recently played music.

The new Voice Plan costs $4.99/month and has some limitations compared to other Apple Music Plans. Like Individual Plans, the new Voice Plan is limited to one person. There is no multi-person family plan. Voice Plan doesn’t include the following features either: Searching inside a playlist.

Playlists are searchable now too. When you open a playlist in the Music app, swipe down to reveal the search field at the top of the screen, which will allow you to find individual songs – a nice addition for lengthy playlists.

However, I still wish Apple would allow me to search for playlists organized into folders. You can’t make folders of playlists on an iPhone or iPad, but you can on a Mac. Unfortunately, organizing playlists into folders comes with a substantial penalty. If you go to the Playlists section of Music and search for the title of a playlist that happens to be in a folder, it won’t show up in the results unless you first navigate to the folder where the playlist is stored. First announced in June, the Settings app has added App Privacy Reports. The new feature can be found in the Privacy section of Settings at the bottom of the screen. By default, App Privacy Reports are turned off, but once turned on, you’ll begin to see data on how your apps are using your location, photos, camera, microphone, and contacts during the past seven days. The report also lists the domains to which an app reports the data it collects. Once turned on, you’ll begin to see results immediately. For example, after I turned App Privacy Reports on, but before I opened a single app, I already had entries for Health and Photos, two Apple apps that work with iCloud in the background. For an even deeper look at what’s going on, you can use the share button to export the details of the App Privacy Report as an NDJSON file, a JSON format that separates entries by new lines. 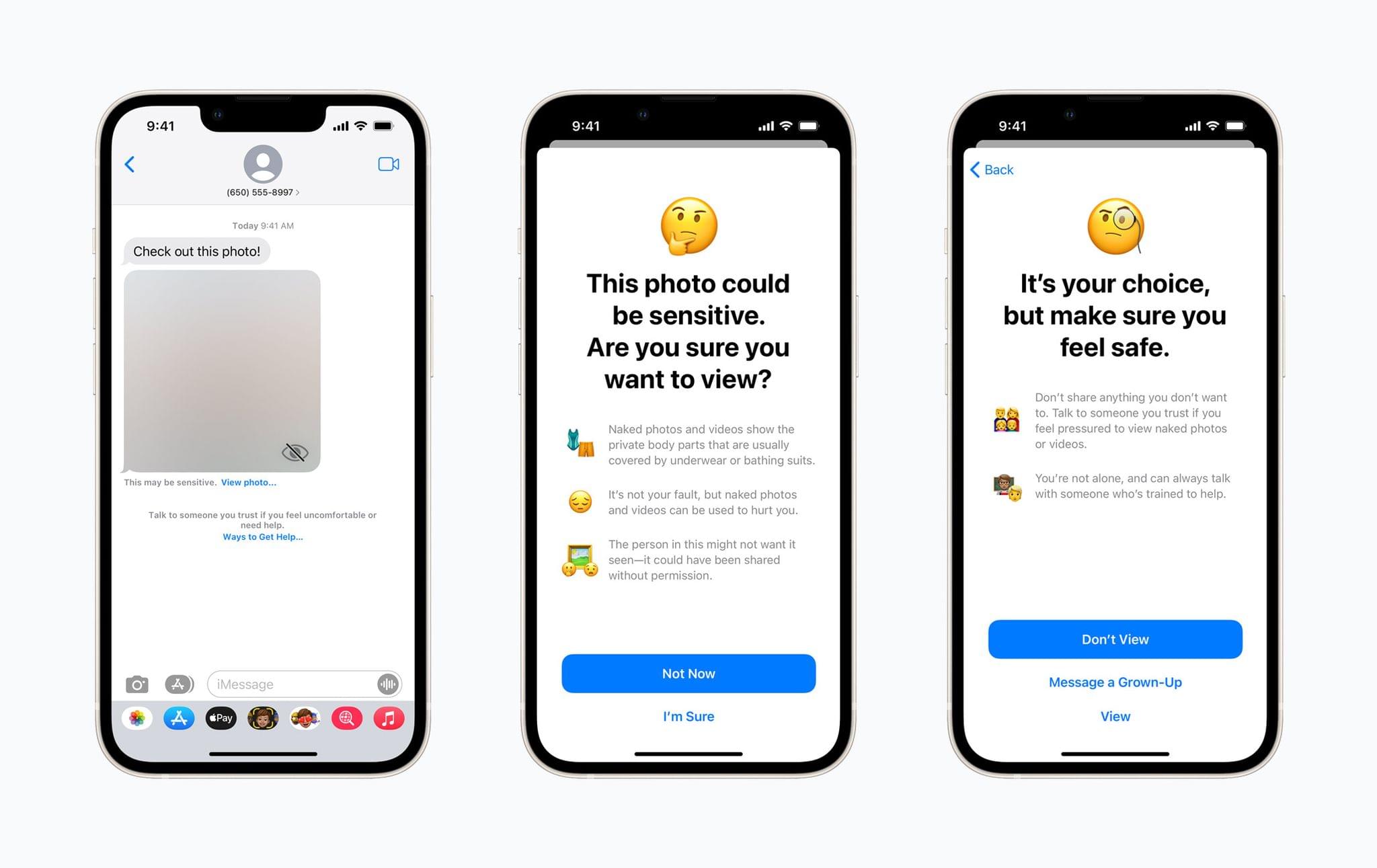 iOS and iPadOS 15.2 also introduce communications safety settings that allow parents to enable warnings when a child sends or receives photos containing nudity. The feature was announced in August and initially delayed in the wake of concerns about how it and other CSAM prevention tools that the company announced would be implemented. The new Messages setting works on-device. Other anti-CSAM features announced in August are still in development. 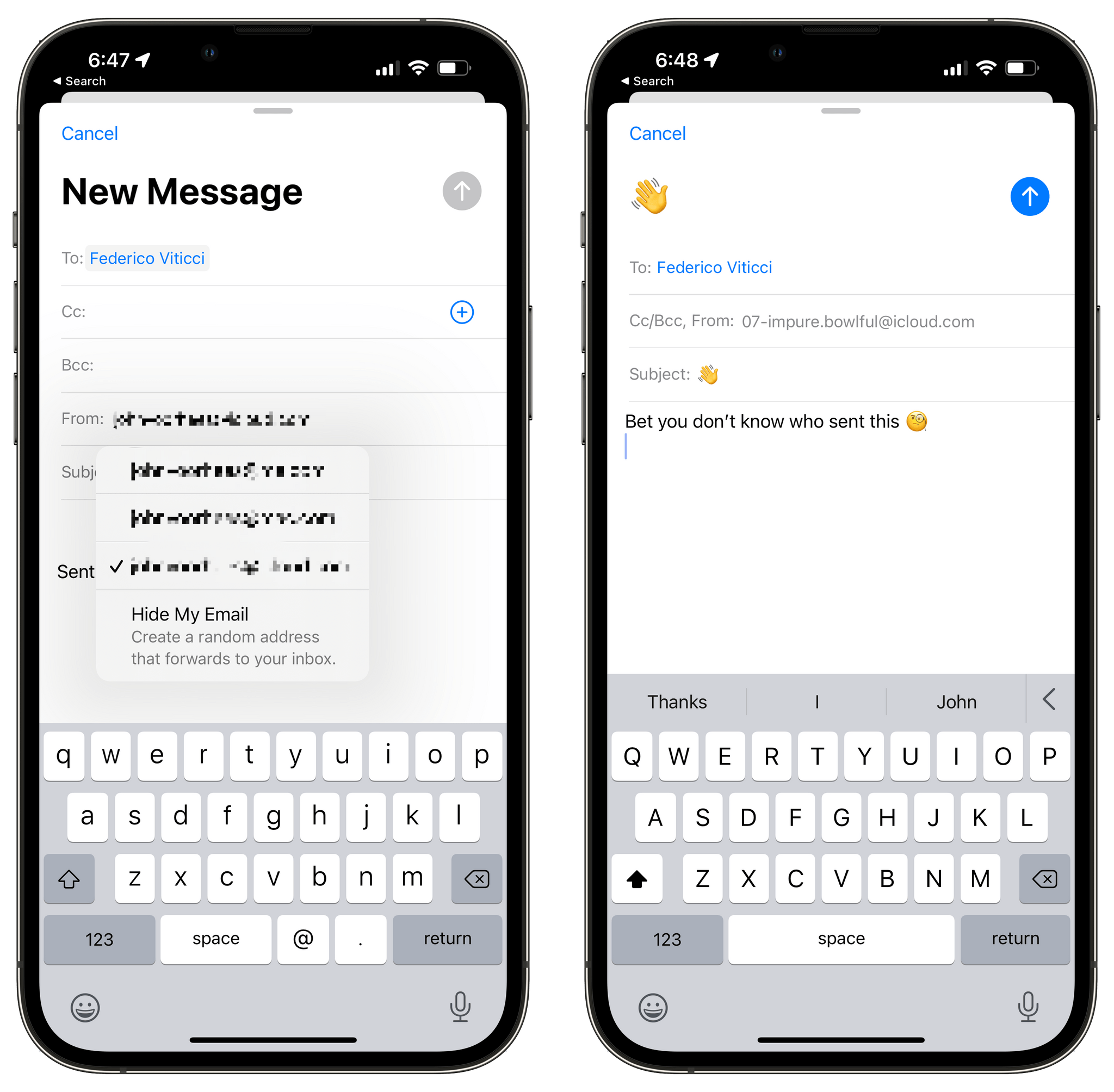 Setting up Hide My Email.

Hide My Email is now available as part of an iCloud+ subscription too. The feature is easy to use. When composing an email message, tap on your ‘From’ address, which will display any addresses you have configured on your device, plus the new ‘Hide My Email’ option, which generates a random address, so the recipient won’t know your actual address. Any replies to that message are routed by Apple to your real email address. The feature also works in Safari when filling out web forms that request an email address. 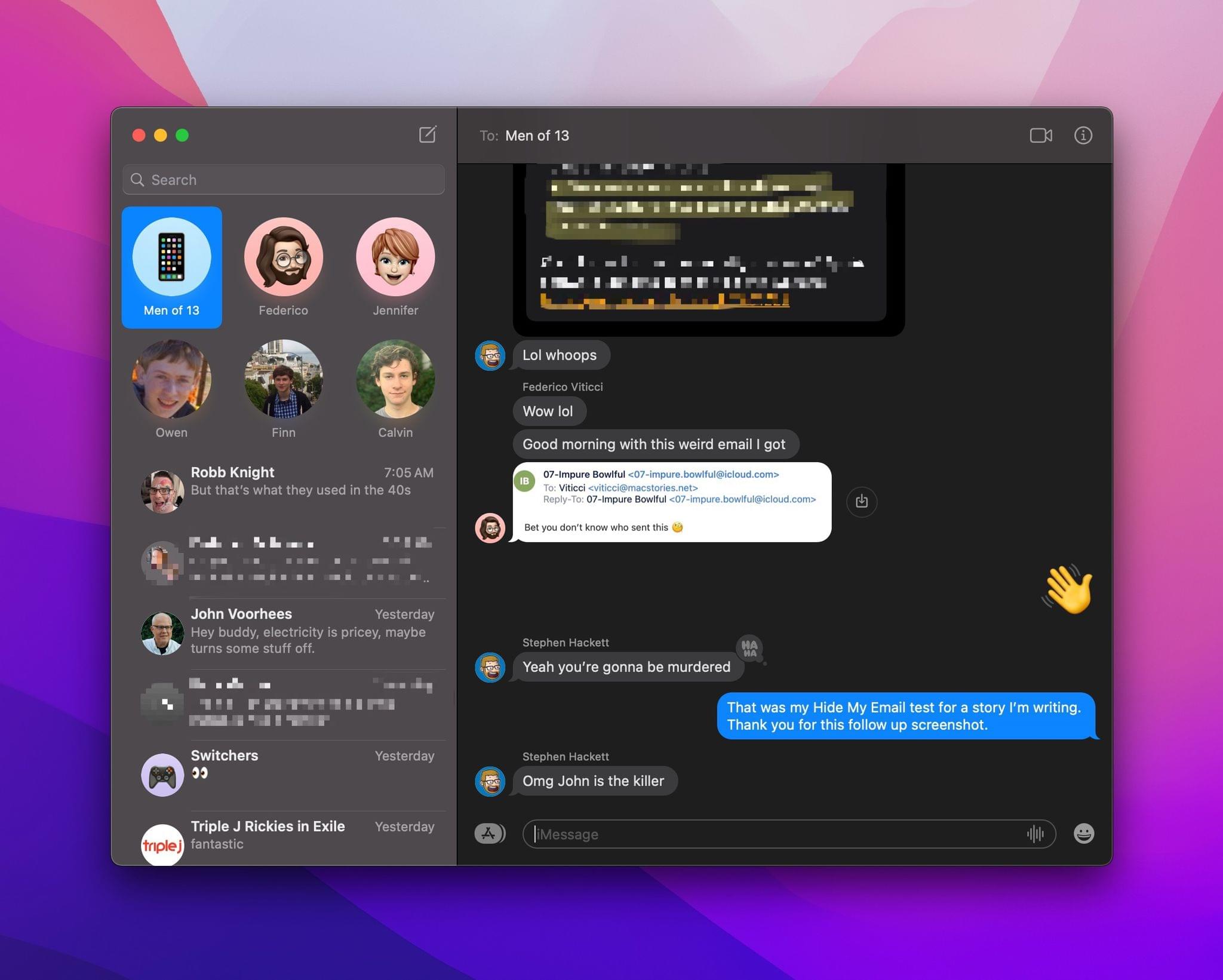 Apple’s Digital Legacy feature is now available too. The new option, which is available in the iCloud section of the Settings app under Password & Security, allows you to designate a trusted contact who can access your iCloud account in the event you die. According to the feature’s setup screens, your legacy contact will have access to information like your photos, messages, notes, files, contacts, calendar, events, apps, and device backups but not your iCloud Keychain passwords or licensed media, which presumably means media like music, TV shows, and movies. 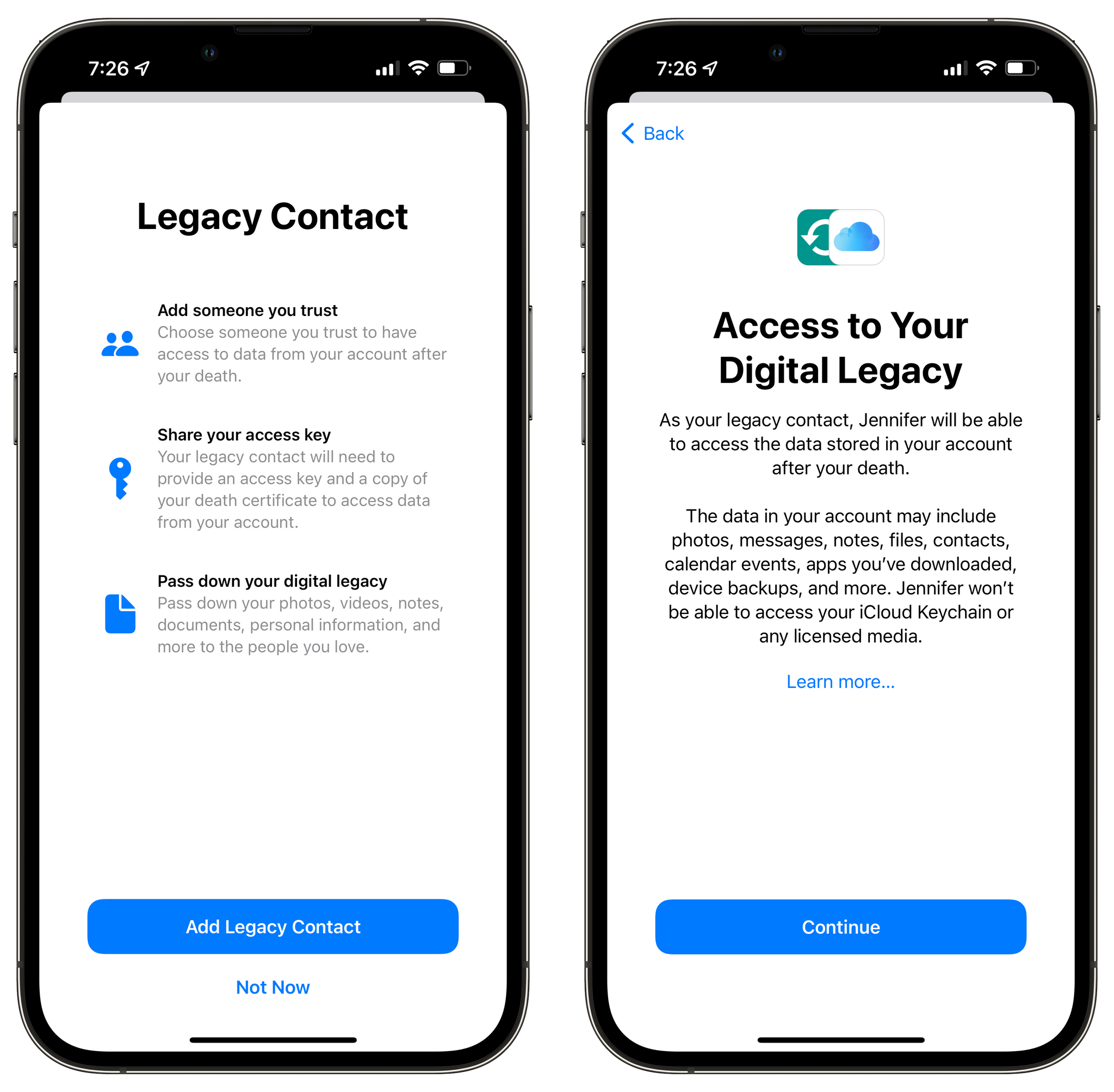 Yesterday’s update also includes new SOS call options. The way SOS calls could be made has varied depending on the iPhone model in the past. Now, there are two ways to make an emergency call. You can press and hold the power button and a volume button at the same time, which starts a countdown timer before the call is made, or you can rapidly press the same button combination five times in a row. 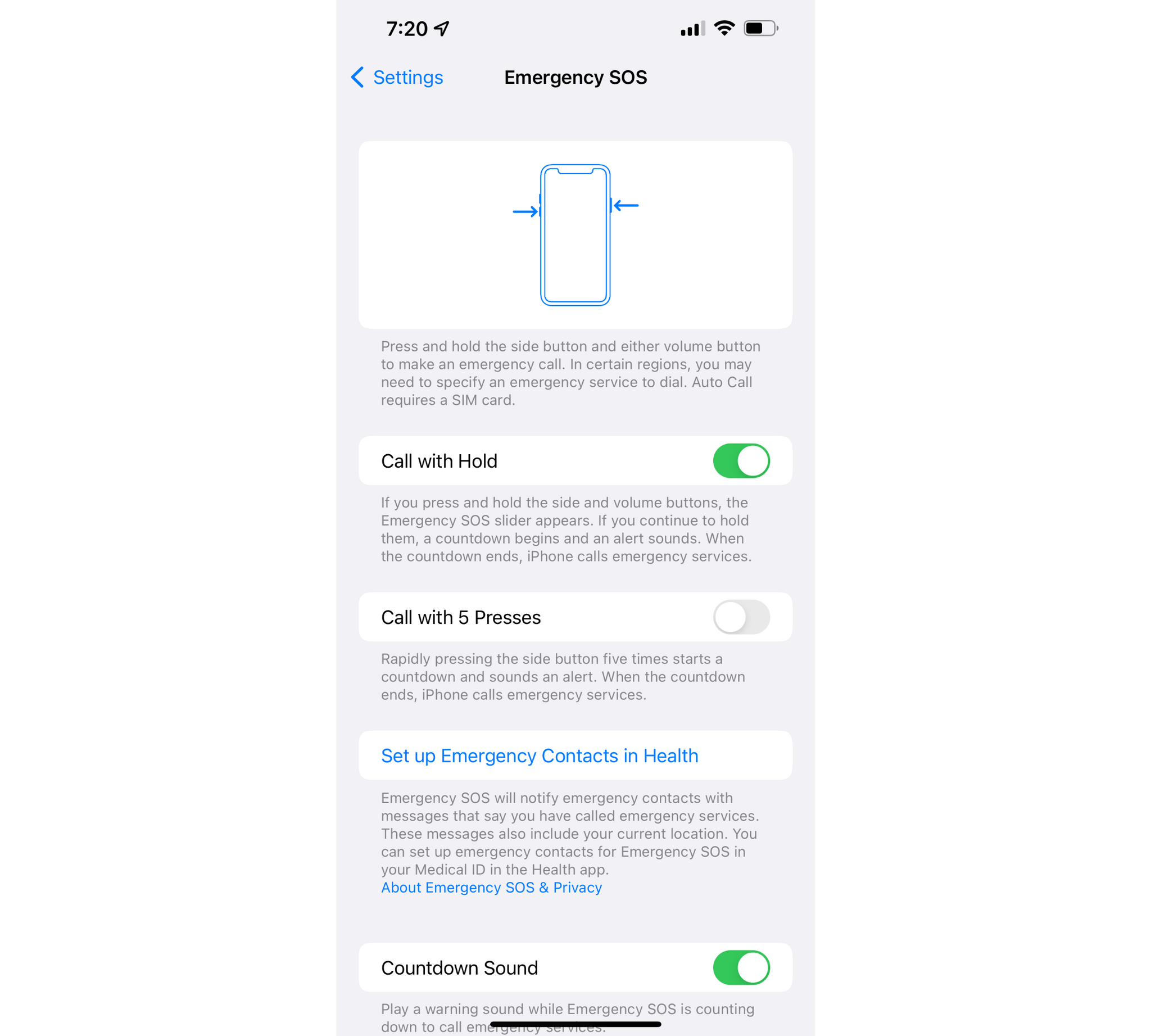 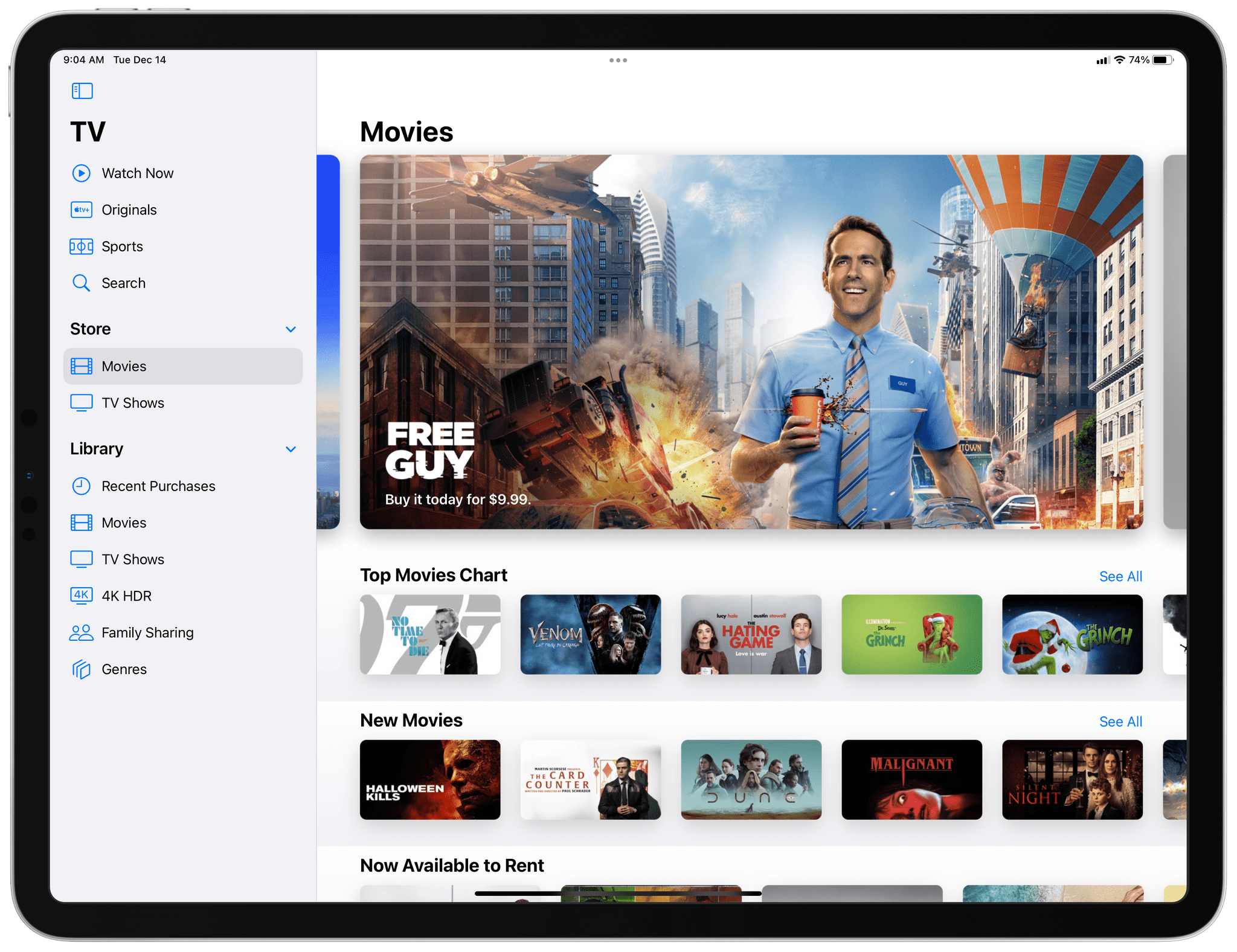 Apple has also introduced several other smaller features and enhancements with iOS and iPadOS 15, including:

The most notable omission from the releases yesterday is Universal Control. The feature, which will allow users to use a single set of input devices across multiple Macs and iPads, has been pushed to spring 2022, according to a note on the iPadOS and macOS features webpages. Announced in June at WWDC, traces of Universal Control have been seen in prior betas of macOS but have not been fully implemented for testing by developers or users in the public beta program.

With iOS and iPadOS 15.2, Apple has released most of the remaining features announced earlier this year. Universal Control is a significant exception on the iPad, but I wouldn’t be surprised if we see it in the next round of betas. Until then, I think I’ll take a little holiday break from #betalife.