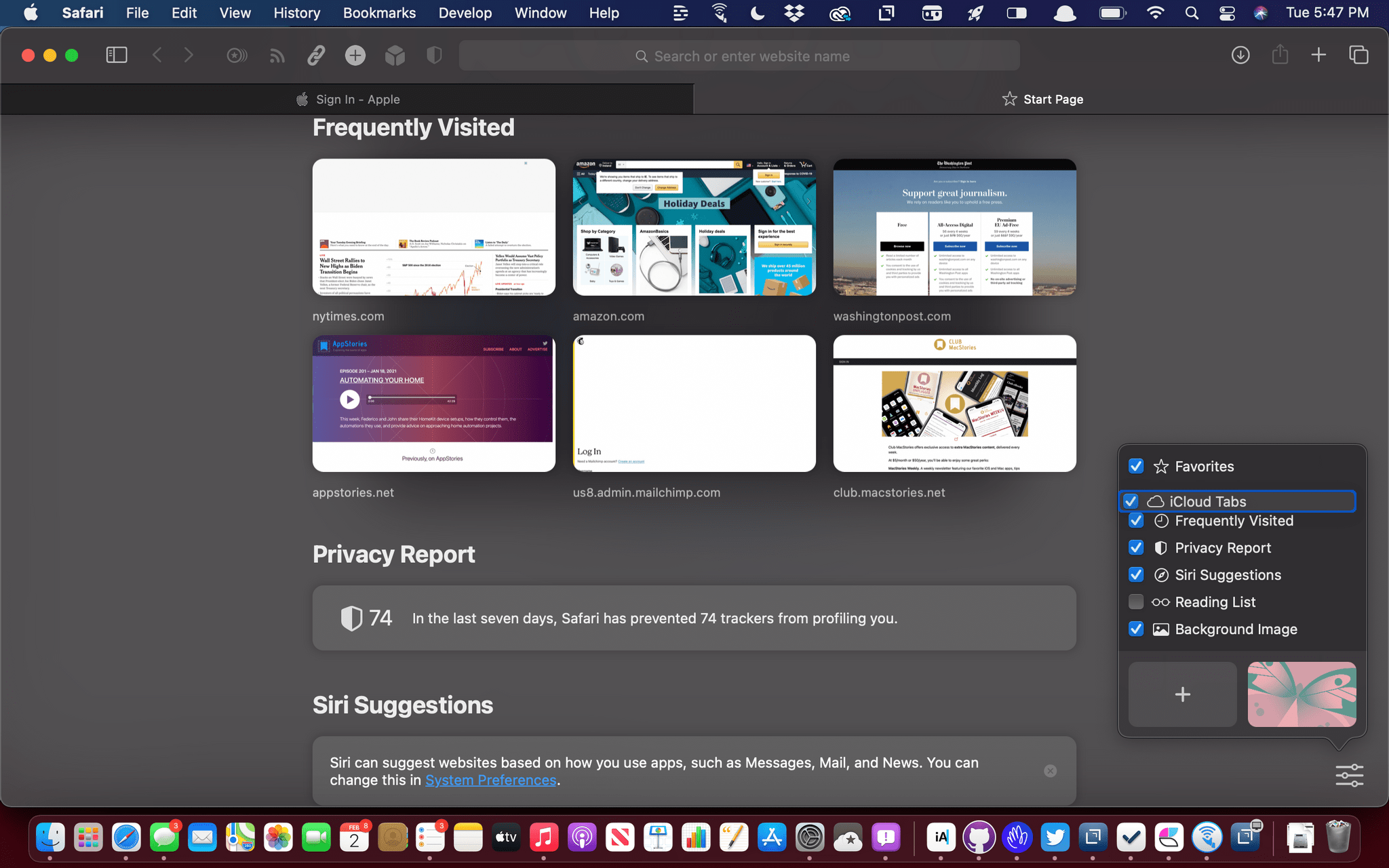 Start page items can be reordered.

Apple has released the first beta for macOS 11.3 Big Sur, which includes new Safari features, changes that parallel yesterday’s updates to iOS and iPadOS, and more.

Some of the most interesting features of the latest Big Sur beta are in Safari. As I wrote in my Big Sur review, I like most of the changes made to Safari’s start page but wished I could reorder the default sections. That’s now possible, which is terrific, but there’s also a new third-party extension point for developers to build start page integrations, which is very interesting. We’ll have to see what developers do with the new feature, but I expect it will allow RSS clients to list recent articles on the start page that could be opened directly in Safari, for example. There’s a new Web Speech API that allows speech recognition functionality to be built into a webpage too.

Music’s new Made for You tab

Similar to iOS and iPadOS, Reminders is gaining the option to print lists. Music adds a dedicated ‘Made For You’ section in the sidebar that includes your annual Replay playlists and Apple’s personalized algorithmic playlists. The Listen Now tab will also suggest upcoming live events tuned to your music tastes. There’s an enhanced News+ tab in Apple News designed to make it easier to access magazines and newspapers and manage downloaded issues. Sony PS5 DualSense and Xbox Series X/S controllers are supported too. 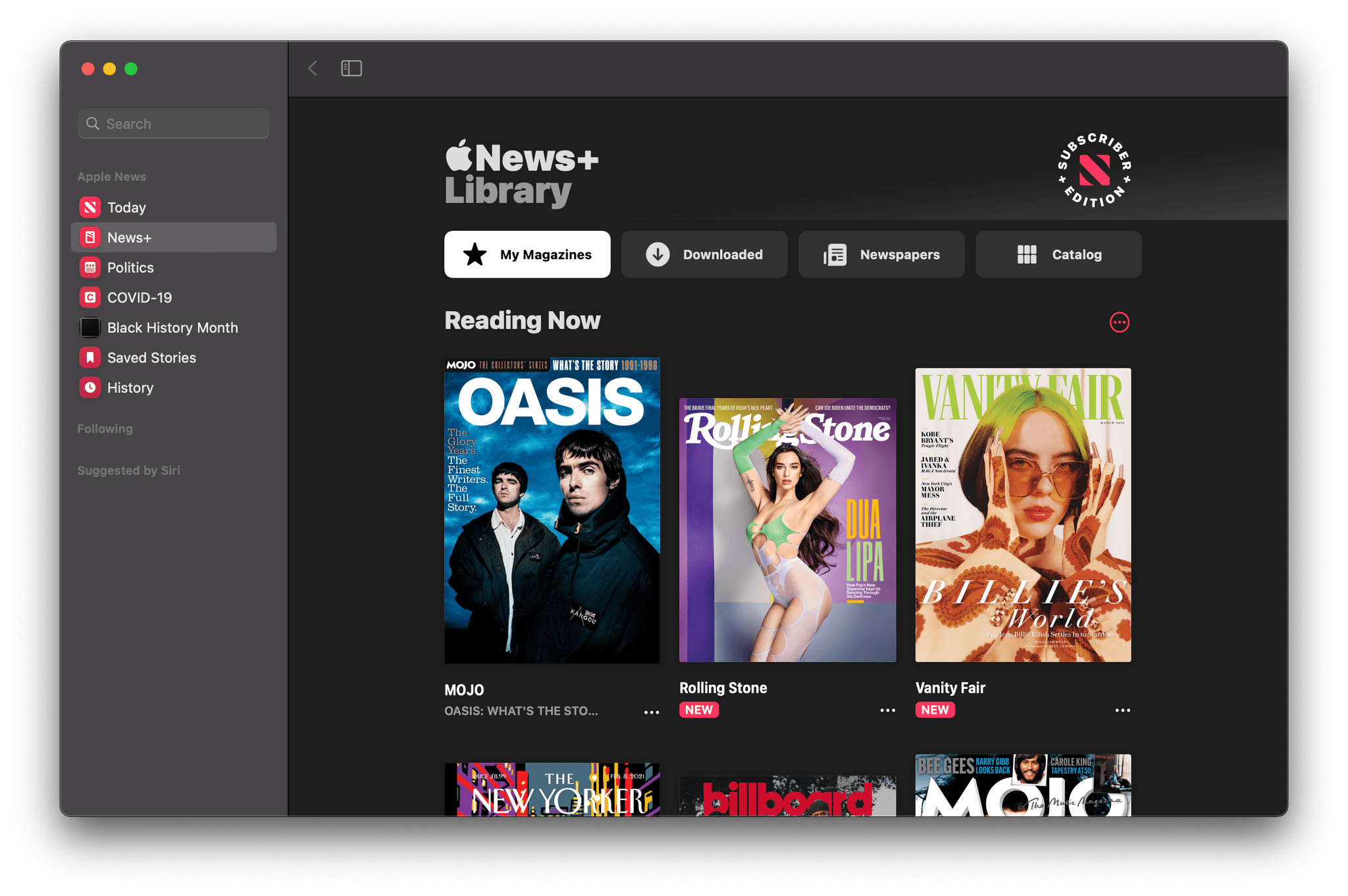 The News+ tab has been redesigned.

Finally, the experience of using iOS and iPadOS apps on the Mac got a boost too. There’s a brand new Preference pane in iPhone and iPads running on an M1 Mac that provides more keyboard control over touch commands. Apps can also be opened in larger windows.