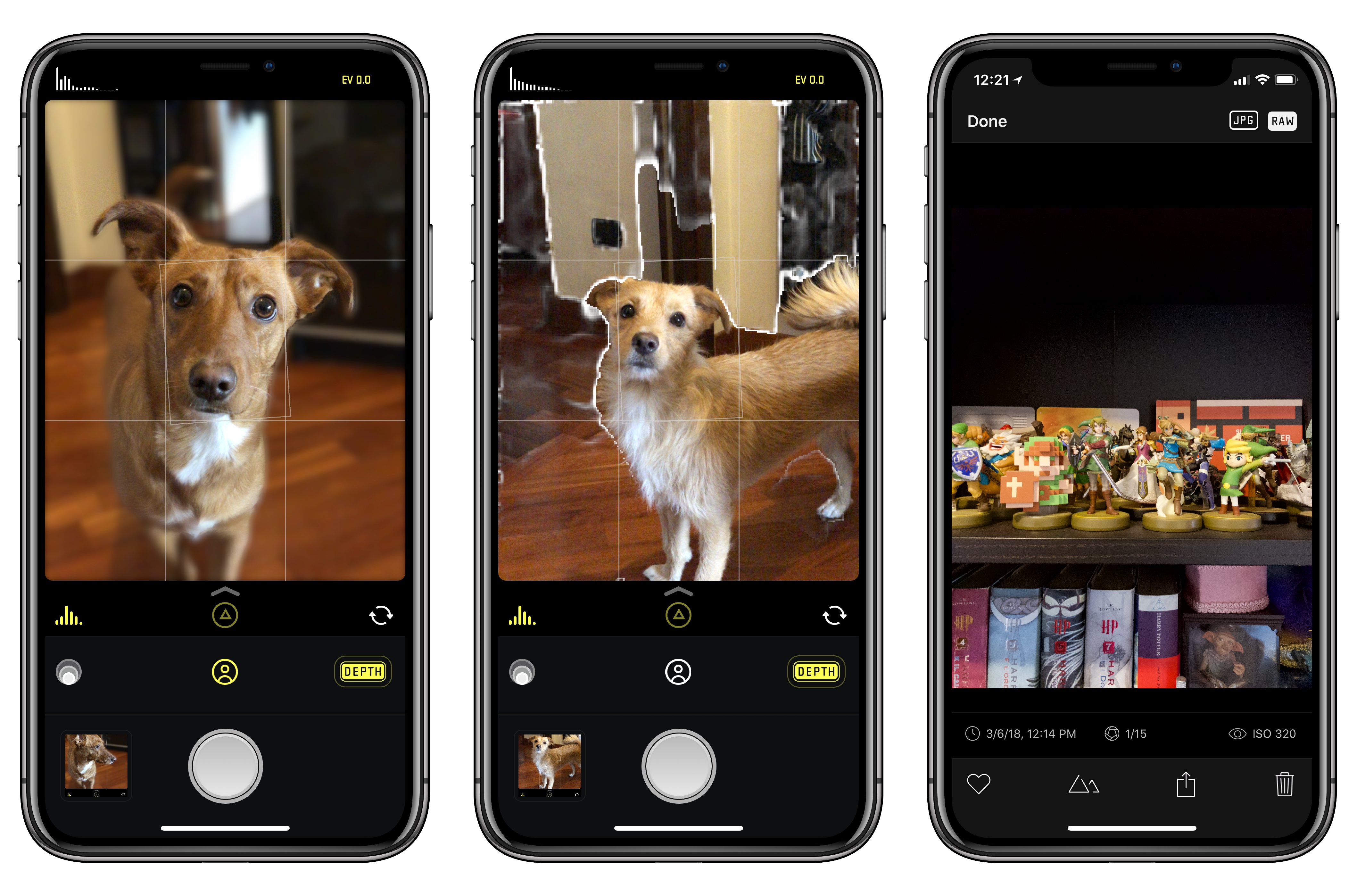 We first reviewed Halide, the powerful third-party camera app by Ben Sandofsky and Sebastiaan de With, when it debuted in the summer of 2017, providing a powerful and elegant alternative to Apple’s Camera app that fully embraced RAW photography and advanced controls in an intuitive interface. We later showcased Halide’s iPhone X update as one of the most thoughtful approaches to adapting for the device’s Super Retina Display; to this day, Halide is a shining example of how the iPhone X’s novel form factor can aid, instead of hindering, complex app UIs.

While Halide was already regarded as an appealing alternative to Apple’s stock app for professional photographers and RAW-curious iPhone users (something that designer de With covered in depth in his excellent guide), it was lacking a handful of key features of the modern iPhone photography experience. Sandofsky and de With want to eliminate some of these important gaps with today’s 1.7 update, which focuses on bringing the power of Portrait mode to Halide, supporting the iPhone X’s TrueDepth camera system, and extending the app’s integrations via a special ARKit mode, new export options, and native integration with the popular Darkroom photo editing tool.

In Halide 1.7’s viewfinder (on compatible iPhone models), you’ll now see a Depth button that, once enabled, engages the dual-lens camera system to shoot in Portrait mode. While the final product may look similar to a Portrait picture taken in the Camera app, there are some implementation differences and underlying limitations to consider.

In terms of what is displayed onscreen, Halide, like the Camera app, lets you turn on a real-time Depth Preview that instantly shows you what a Portrait photo will look like before you take the shot.

In addition, Halide offers a Depth Peaking effect, which is best described as a “wave” that displays a scanning outline of the 3D space interpreted by the camera. If you’ve ever played Horizon: Zero Dawn on PS4, it’s kind of similar to Aloy’s Focus 3D scan of her surroundings. Depth Peaking is only available when Depth Preview is disabled; I’m not sure it is as useful as a real-time Portrait preview, but it’s a neat, almost sci-fi cinematic effect that visualizes what the camera sees as the foreground object in a 3D environment.

Speaking of which, Halide’s creators tout their implementation of the Depth API as an “App Store first” in that they’re using “a combination of smart facial detection and point-of-interest detection” to speed up the execution of Portrait mode. In my tests, their claim proved accurate: Depth Preview in Halide activates as soon as a subject is in focus, sometimes even giving the illusion that it’s faster than Apple’s Portrait mode in detecting edges and applying blur. 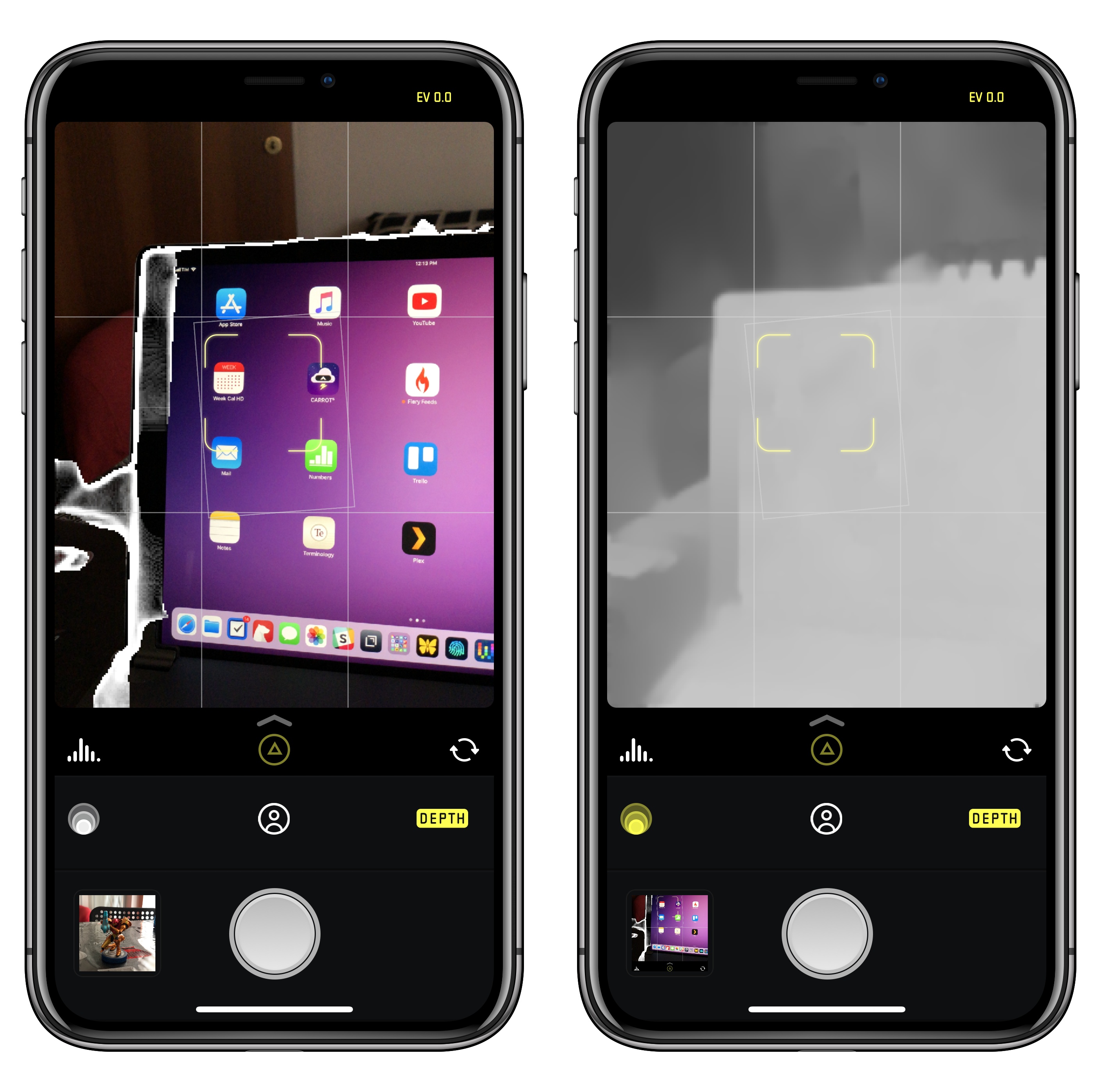 I did note, however, that Halide’s Depth Preview effect often made the blur appear more aggressive than it actually ended up being in the processed shot; from this standpoint, Apple’s Camera app was more consistent in its real-time preview and final Portrait photo. Furthermore, the default Camera app offers helpful tips for light and distance when in Portrait mode; Halide doesn’t. In the future, I’d like Halide to offer, if technically possible, more consistency between its blur preview and final product, as well as inline messages on what to do if Portrait mode isn’t working as expected.

Despite these incongruities, I believe Halide 1.7 provides one of the best Depth-enabled camera experiences on iOS 11. Integration with the iPhone X’s TrueDepth camera means Portrait selfies can often be more aesthetically pleasing and accurate than rear-camera Portrait pictures; more importantly though, Halide’s comprehensive set of advanced tools and nice subtleties, such as the swipe gesture to control exposure and haptic feedback when a shot is aligned, work alongside Portrait mode, augmenting it in ways not explored by Apple in the Camera app.

Sandofsky and de With also managed to integrate a visualization of the camera’s depth map into the app: it is accessible both in the viewfinder in real-time, and by tapping a button (or pressing with 3D Touch) in a photo’s detail view in the photo reviewer. This screen has been sped up too, and it now contains options to turn off the Portrait effect in a photo and export a depth map as a PNG file for other graphic editors.

Due to limitations of the Depth framework for developers, Portrait photos captured in Halide won’t carry a ‘Portrait’ label when reviewed in Apple’s Photos app. In fact, if you shoot in Portrait in Halide, then open the photo in the Photos app and tap Edit, you’ll be able to apply a second blur. I checked with Sandosfky about this problem, and he explained that, currently, there’s no way for Halide to inform the system that a blur has already been applied to a photo – thus the ability to apply it again in Apple’s Photos app.

What’s even stranger in this case – and clearly something Apple must fix – is that while a blur can be re-applied, Photos also recognizes Halide photos as Depth-enabled: the Portrait label is grayed out, but you can apply Portrait Lighting effects to a Portrait photo previously processed by Halide. Despite Apple’s willingness to open up the Depth API to developers, it appears that there are still half-baked aspects that should be improved at a framework level in the future. For now, you can either apply Portrait Lighting effects to the blur generated by Halide, or disable Halide’s blur in Photos (tap Edit ⇾ Revert) then re-apply it using Apple’s Portrait button.

In what has become one of the most fun and unsettling features I recently tried in an iPhone app, Halide 1.7 also integrates Portrait captures with ARKit to let you place them as “3D posters” in space and walk around them. The idea of Portrait photos as interactive 3D objects was first explored on iOS by Focos, and Halide takes it to the logical next level: instead of moving a 3D Portrait around with a bunch of sliders, why not walk around it and let the user physically get closer to another person’s nose?

In practice, Halide’s Portrait AR effect is remarkable, hilarious, and terrifying at the same time. From a technical perspective, the combination of ARKit and the Depth API is impressive: you can truly walk around subjects and move closer to them to see the thousands of data points that make up a Portrait capture. However, looking at selfies as disembodied 3D heads made out of dots and floating in space can get just slightly uncomfortable after a while, making this mode a fun accessory to the app to be enjoyed in small doses.

Lastly, alongside a series of speed enhancements and other miscellaneous improvements, Halide 1.7 lets Darkroom users start editing their shots directly from the photo reviewer. If Darkroom is installed on your device, Halide will show you a Darkroom button in the reviewer UI; tap it, and you’ll be taken to Darkroom’s full-featured photo editor. As someone who’s been following de With’s tutorials on how to get started with RAW photography on iOS using Halide and Darkroom, this integration makes perfect sense. 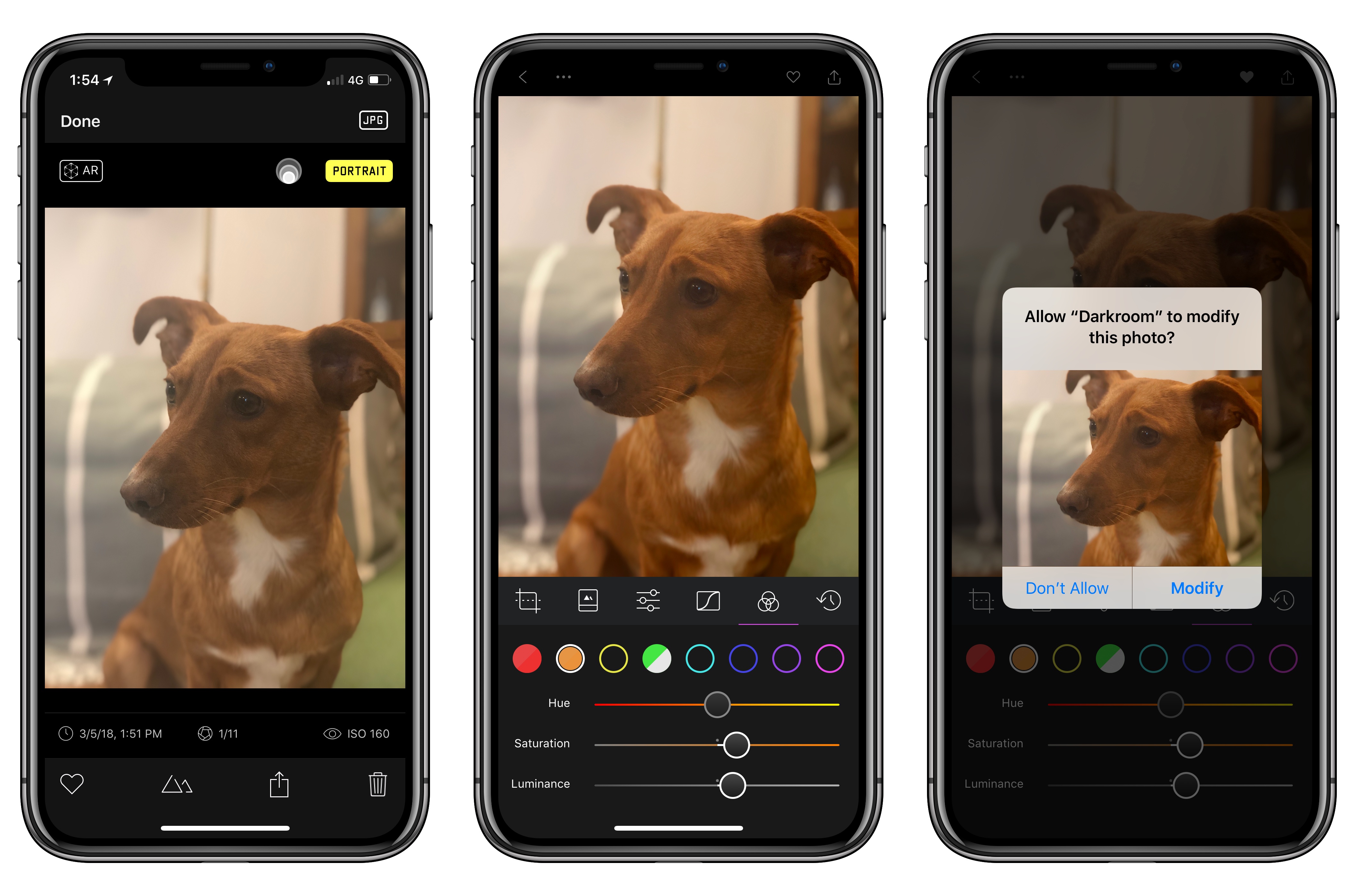 A photo captured in Halide and being edited in Darkroom with a streamlined workflow.

Version 1.7 solidifies Halide’s role as the rising star of advanced camera apps. Halide employs thoughtful design and modern iOS features to unlock the power of iPhone photography without getting lost in a sea of dropdown menus and complex instructions. Even for someone like me, who barely understands terms such as ISO and exposure, Halide feels and works like something that can empower me to take better shots and ultimately preserve better-looking memories for the future. The app’s latest update, in spite of a few issues with Portrait mode, is another important step toward making Halide a powerful alternative to the stock Camera app1, and I’m looking forward to what Sandofsky and de With will tackle next.