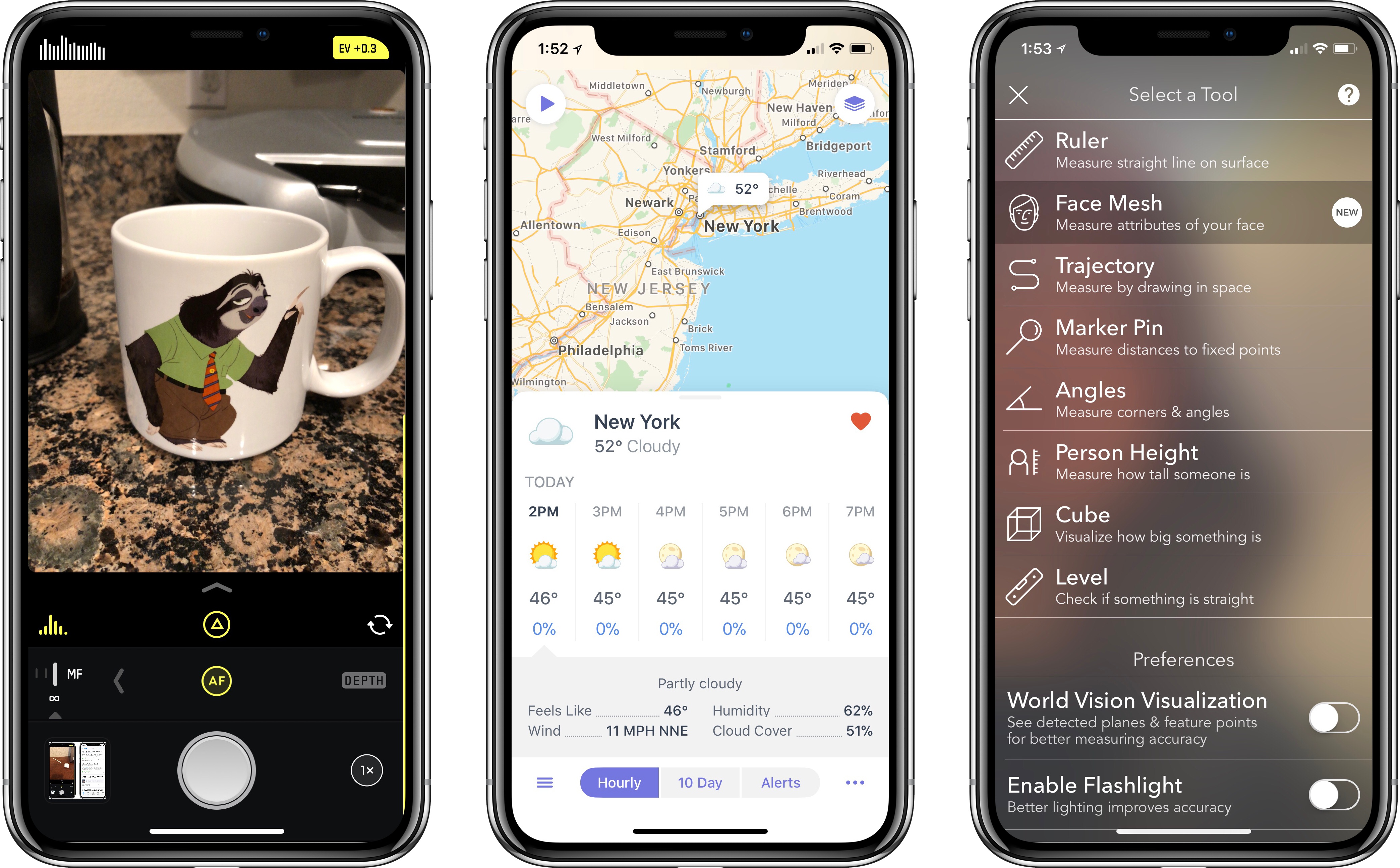 The iPhone X’s display poses a challenge to app developers. Similar to when the iPhone 6 and 6 Plus debuted, there’s a different screen size to work with here, which requires app layout adjustments. But more than simply the new size, the iPhone X brings two extra complications: the notch and an extra tall orientation. In order to best optimize for Apple’s current flagship phone, developers need to carefully consider these two factors – failure to do so can result in a particularly unsightly notch, or a UI that’s difficult to navigate one-handed.

We’re only a week out from the iPhone X’s debut, so what we see from X-ready apps today will likely evolve over time as developers are able to live with the device longer. But despite it being early days still, there are several apps that stand out among the best the App Store has to offer for iPhone X. 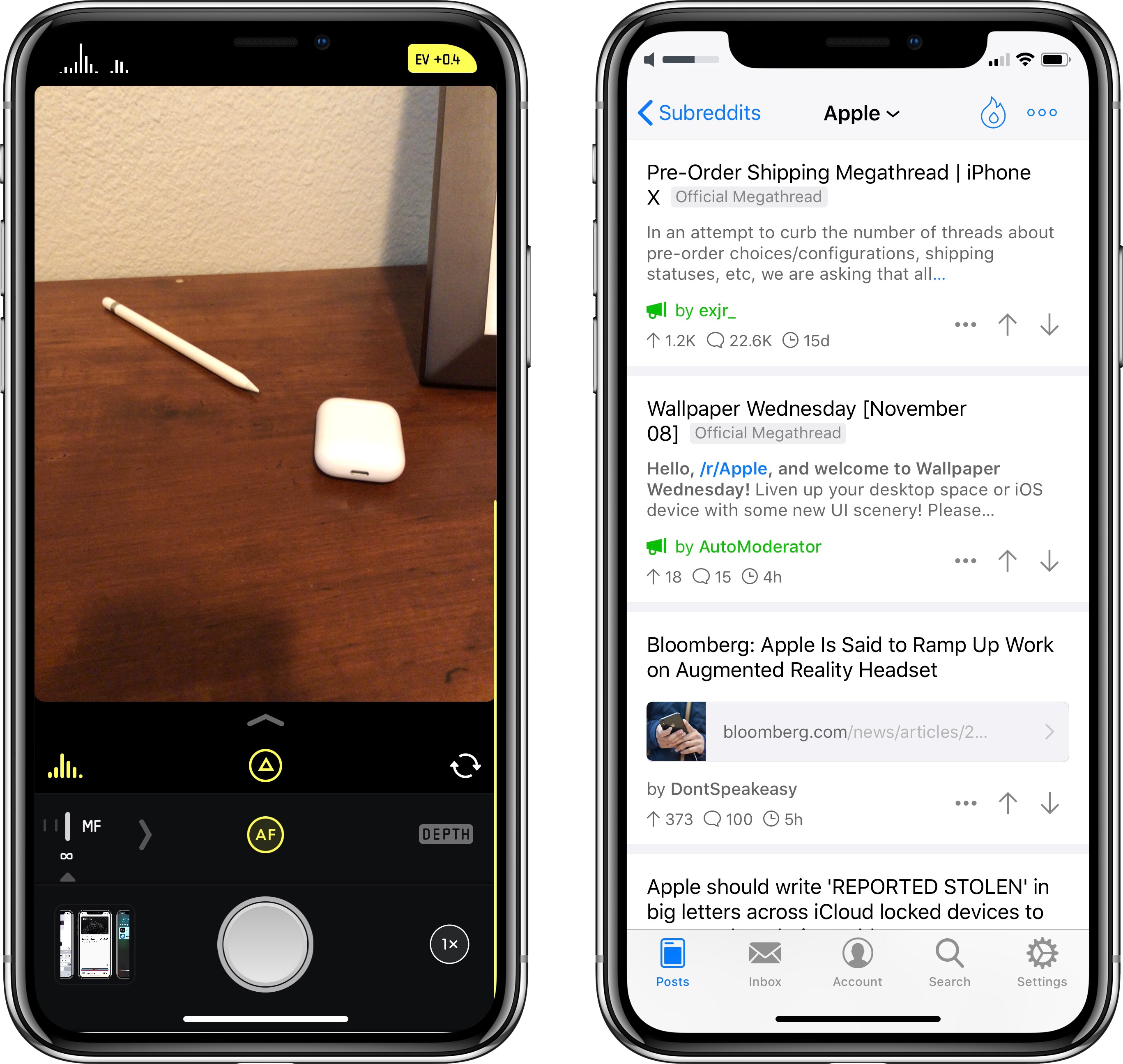 Halide and Apollo are two apps that right out of the gate put the iPhone X’s two upper corners to good use. While I think that most apps, most of the time should leave the status bar alone so that system indicators like the battery and clock will remain visible, where appropriate, developers can get creative with that space.

Halide is a RAW manual camera app with a natural, easy to use set of controls for getting just the right shot. Its iPhone X update took advantage of the device’s taller screen by removing all obstructions from the viewfinder, but it also did something creative with the top corners. On one side you’ll see a histogram, while the other contains exposure values. Both data points look great at the top of the screen and blend well with the notch thanks to Halide’s use of black backgrounds. The only drawback is that when in landscape, those elements don’t have enough room to rotate, so they’re oriented incorrectly. Nonetheless, they remain useful, creative design touches.

Apollo is an excellent Reddit client I reviewed recently. As a feed-based app, it naturally looks great on the tall iPhone X display. But the reason I mention it here is that it contains one tiny detail I wish Apple would adopt systemwide in iOS: whenever you click the iPhone’s volume buttons, Apollo uses a custom volume indicator that appears in the upper left corner of the app, where the time normally appears. This works tremendously well. Besides saving a ton of on-screen space compared to iOS’s default volume display, Apollo’s implementation just feels like a natural fit for the status bar.

The Witness and Alto’s Adventure are the only two games on this list, and they’re also the only apps with default landscape orientations. While the notch in general seems to blend better in portrait mode than landscape, The Witness and Alto’s Adventure are just so gorgeous that my eyes stay glued to their visuals rather than the unsightly bite out of the screen. Notch or not, playing games that look like this on the iPhone X’s edge-to-edge OLED display is something special. 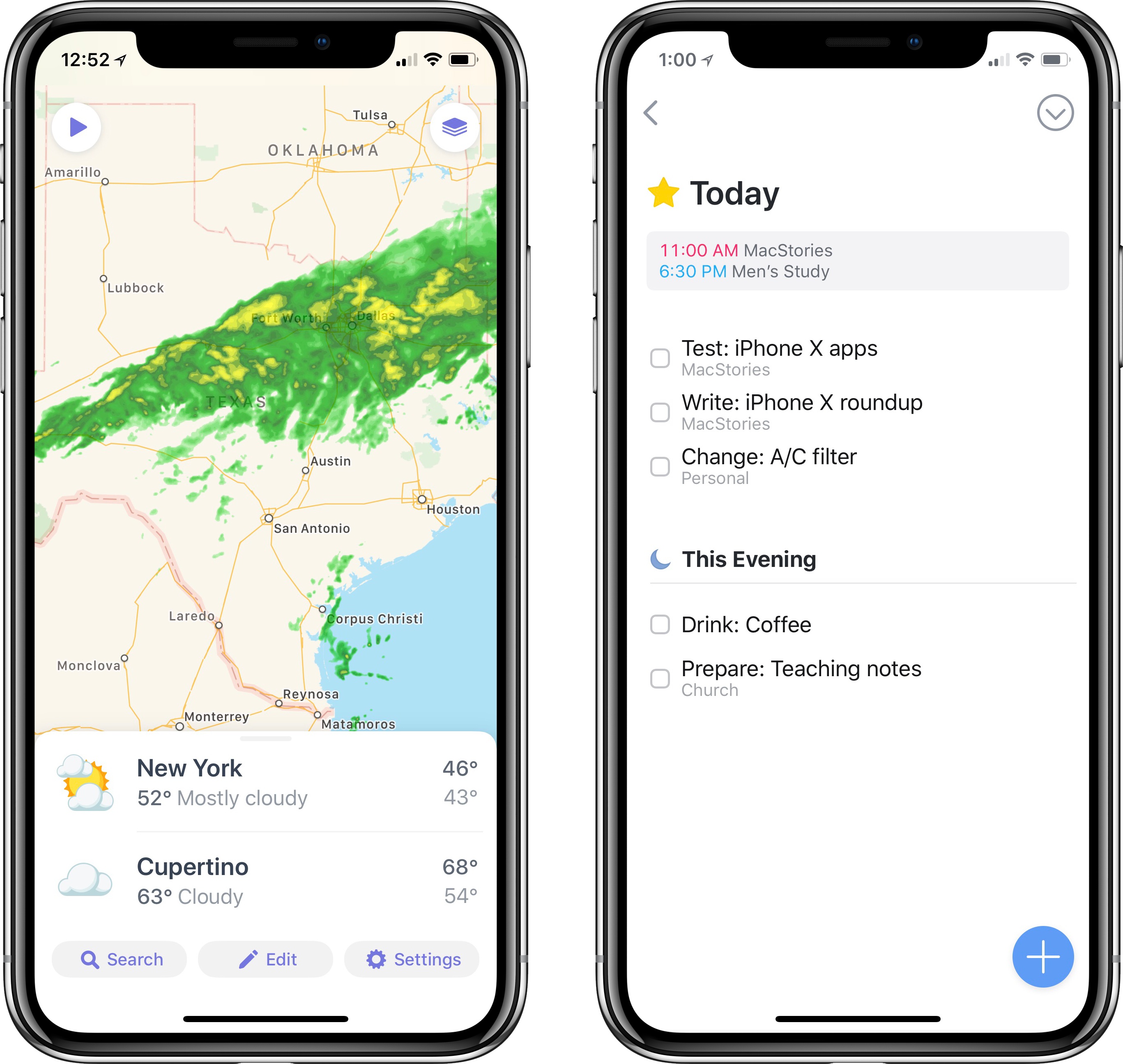 Weather Atlas and Things are two apps that simply look and feel great on the iPhone X. They were beautiful apps on LCD displays, and they’re even more lovely to behold on OLED. Design-wise, each works well on the taller iPhone X. Weather Atlas features an expandable panel at the bottom of the screen that holds most of its controls, making the app easy to use one-handed. Things is solid in single-handed use thanks to two details: large, spacious headings at the top of each page, and a gesture that lets you engage the search bar (which sits at the top of the screen) simply by pulling down anywhere in the app. 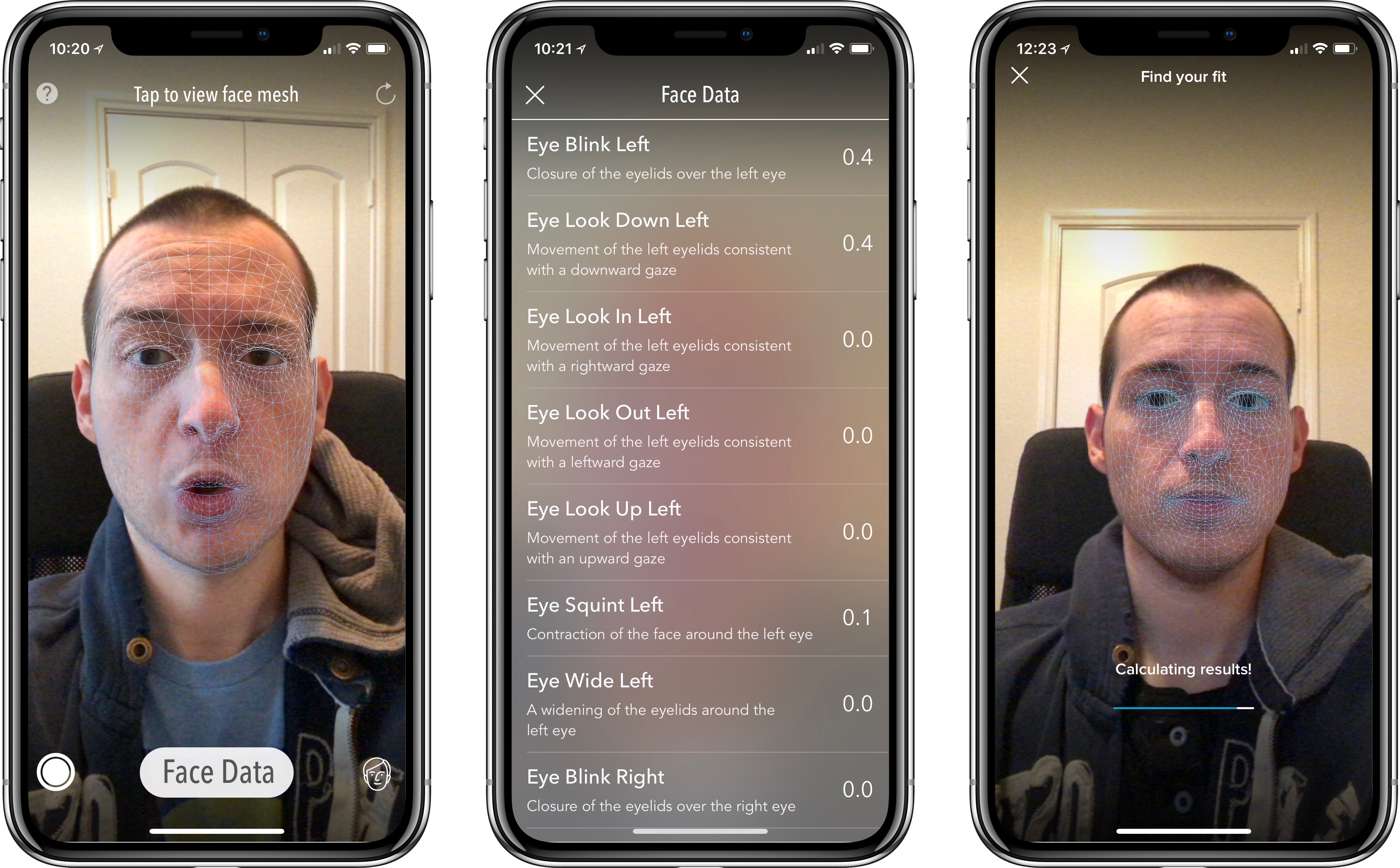 MeasureKit and Warby Parker both employ the full height of the iPhone X’s screen, but the way they use the display isn’t anything special; what’s unique is their use of the TrueDepth camera.

MeasureKit was one of the first AR apps we covered following iOS 11’s launch. With its iPhone X update comes one new tool: Face Mesh. This displays a live facial grid of all the data points being tracked by the TrueDepth camera, so as you move your face around, you can see exactly which movements the camera detects, and which it doesn’t. Beyond just seeing, you can also browse a list of all tracked data points. It’s impressive to see just how complex the iPhone X’s face tracking is.

Warby Parker’s app has a new feature for helping you select glasses that will fit just right. It uses the TrueDepth camera to quickly scan your face, then takes you to an assortment of frames curated just for you. Clearly, technologies like ARKit and the TrueDepth camera have the potential to be transformative for digital shopping.

After several years of incremental updates, the iPhone X represents a bold design shift. With that shift developers have fresh opportunities to take their apps in new directions. The main areas of change that interest me are:

It will be exciting to see how apps continue to adapt to the iPhone X’s form factor and unique features as time goes by.