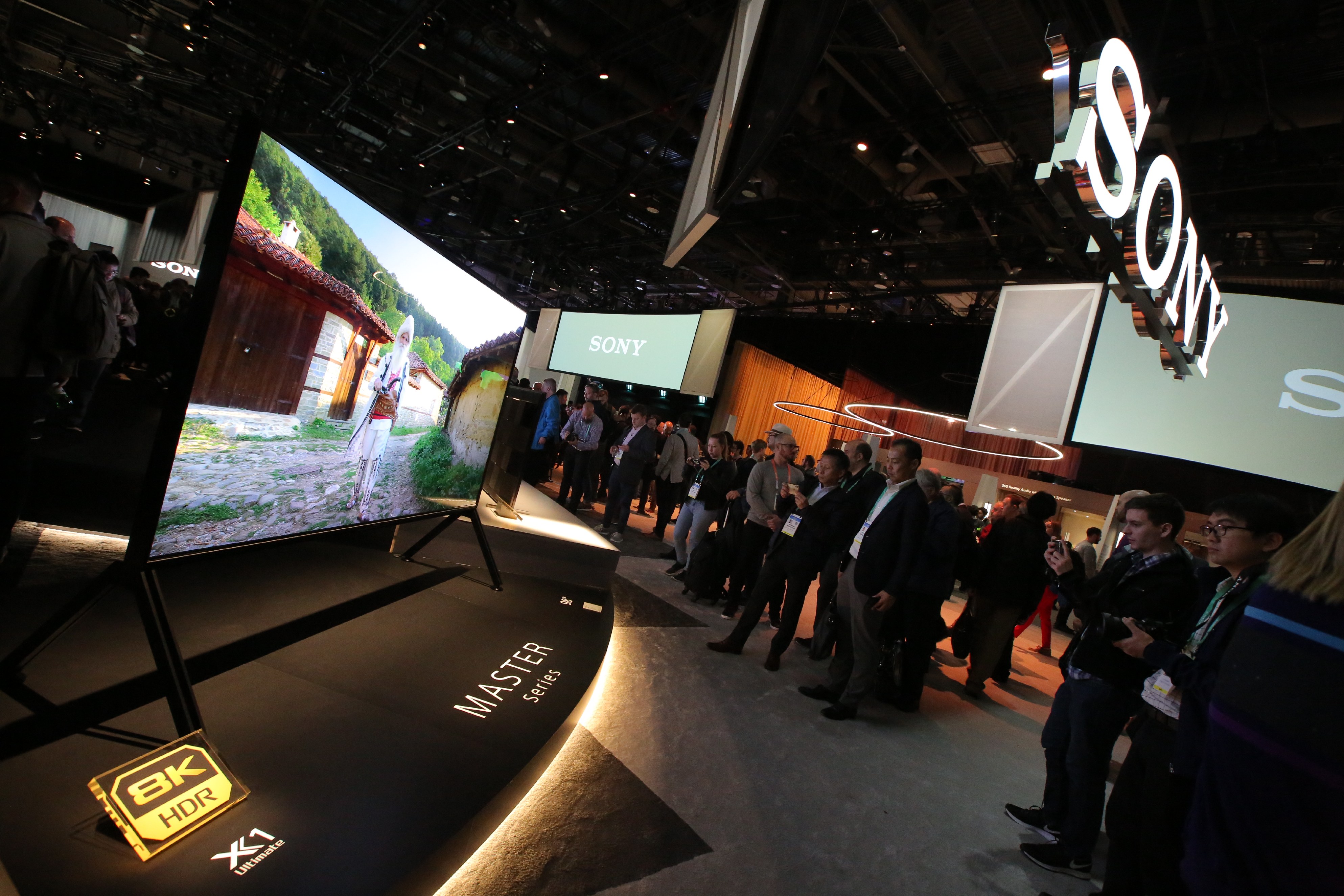 CES has been going strong all week with announcements of new gadgets: home automation gear, TVs, computers, and lots more. Many mobile phone makers and some big industry players sit out CES, but there is still plenty of news from companies big and small with new products and technologies to show off.

A lot of what gets hyped at CES is prototypes and concept devices that will never ship or will get delayed. Still, every year I find that CES is fascinating to study for the industry trends it reveals and the handful of gadgets I discover that I’d like to try.

After combing through hundreds of headlines and press releases, I’ve compiled a roundup of some of this week’s most compelling announcements. Feel free to skip around to the categories that you find most interesting using the table of contents below.

END_OF_DOCUMENT_TOKEN_TO_BE_REPLACED

As December comes to a close, now is the perfect time to reflect on how the year was spent, both with deep existential questions but also lighter, fun matters – such as surveying your TV and movie consumption over the year. Until recently I didn’t have a system I was satisfied with for tracking my viewing history, but now I’ve settled on Sofa.

END_OF_DOCUMENT_TOKEN_TO_BE_REPLACED 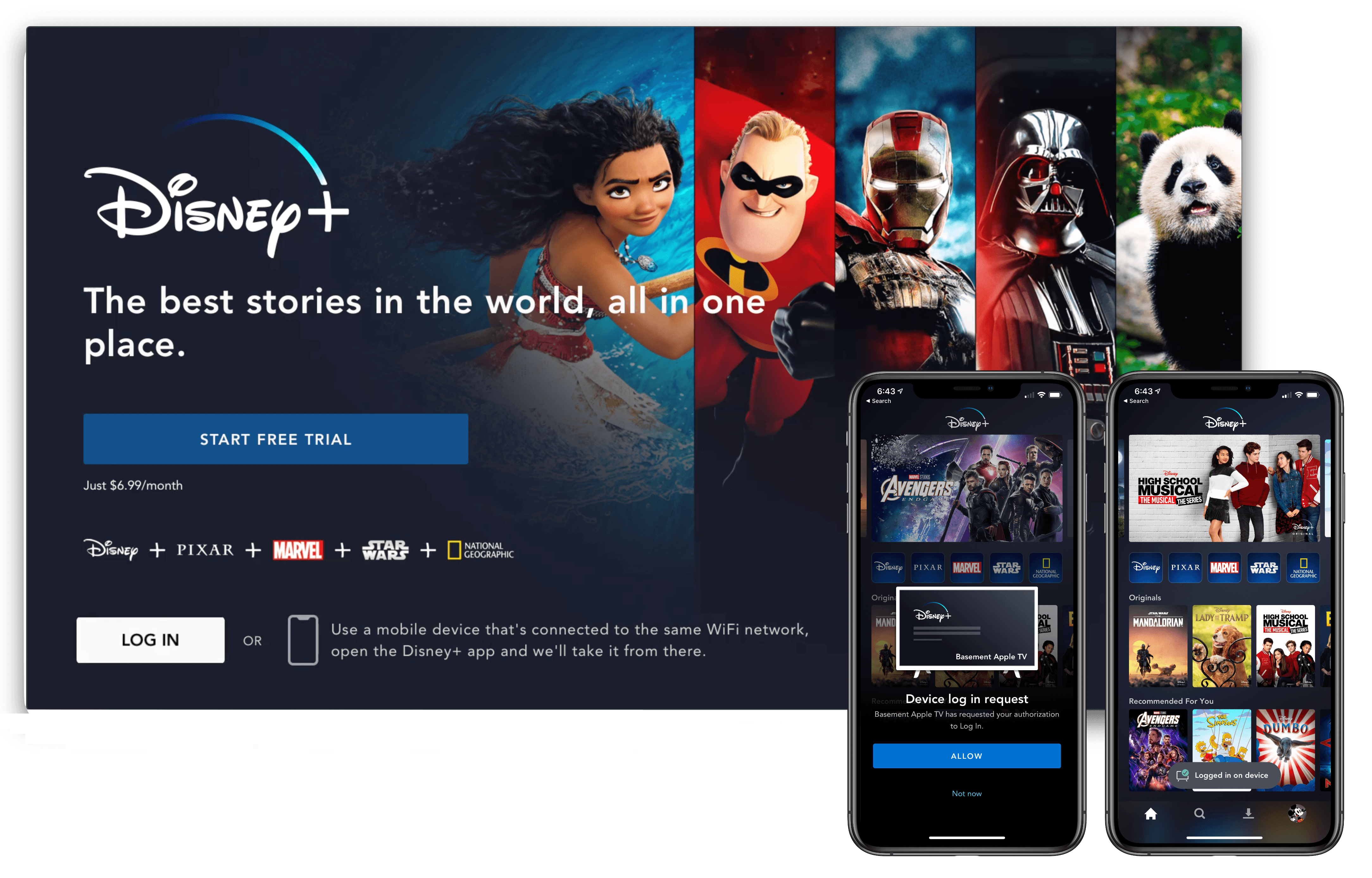 Today Disney has launched what’s almost certain to become one of the most successful streaming services over time: Disney+. Apple users can enjoy the new streaming service through the Disney+ app for iPhone, iPad, and Apple TV. You can subscribe directly inside the app to start a 7-day free trial, after which it costs $6.99/month or $69.99/year. Disney is also offering a bundled option, where Disney+, Hulu (with ads), and ESPN+ are available for a single $12.99 monthly fee; to sign up for that bundle, you need to visit disneyplus.com.

Disney+ features an enormous back catalog of Disney favorites, from classic animated films to the worlds of Star Wars, Marvel, Pixar, and National Geographic. Not only that, but Disney has prepared a healthy slate of originals to accompany the launch, the clear standout of which is the Star Wars-based The Mandalorian. Combining originals and catalog fare, Disney+ is unquestionably the strongest content debut ever for a streaming service.

The app experience of Disney+ seems at least as good as other streaming services, and in some cases even better. As seen in the image above, Disney+ on the Apple TV offers an easy way to log in if you’ve already set up your account on an iPhone or iPad. Unlike most other streaming apps, which require entering a code on your TV, the Disney+ app can automatically log you in on your Apple TV when you have the mobile app open on the same Wi-Fi network. 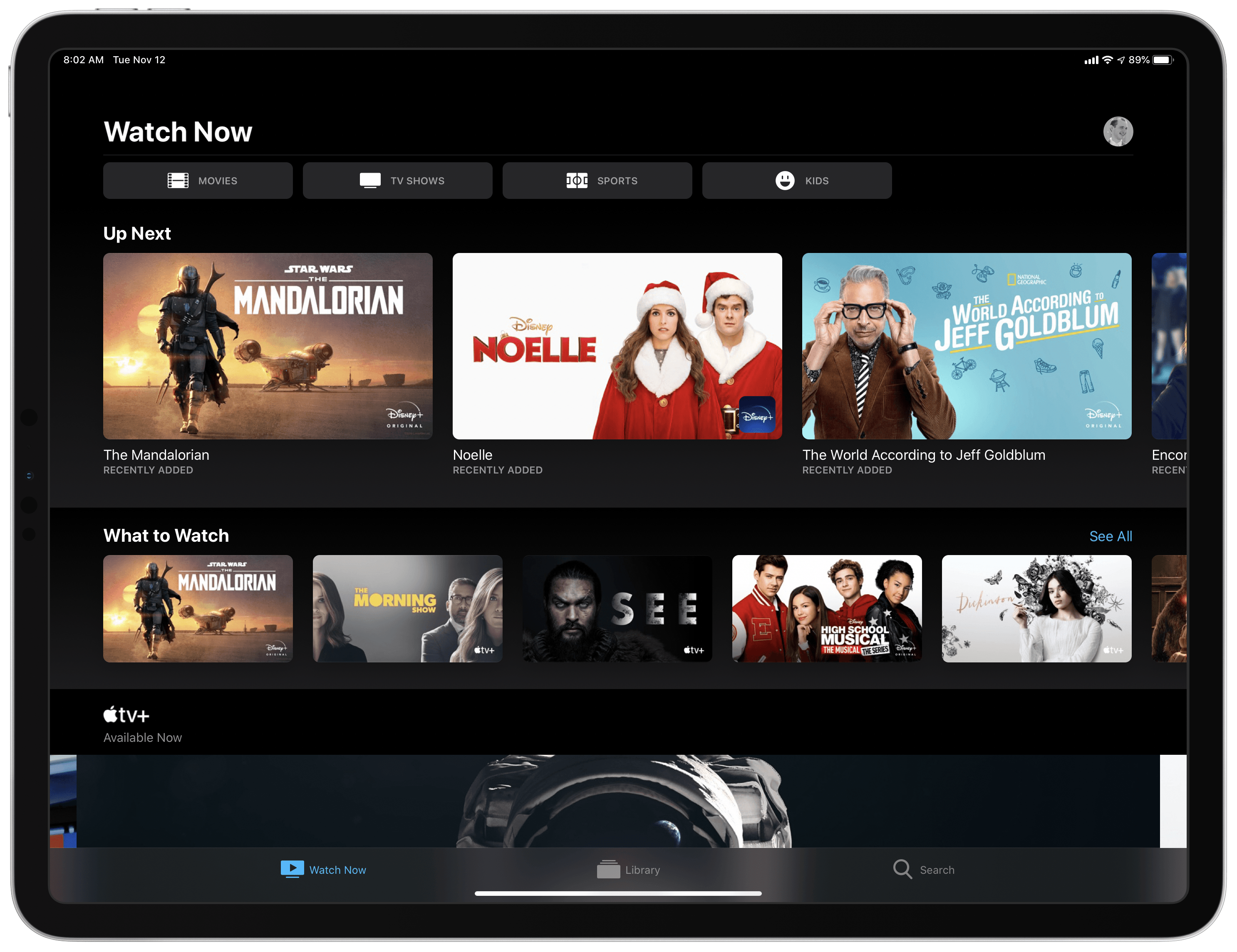 You can also connect the Disney+ app to Apple’s own TV app, enabling you to track everything you’re watching from Disney inside the TV app’s Up Next queue. You’ll see Disney+ shows and movies advertised inside TV’s Watch Now tab, where they can be added to your queue. This way, content from Disney+, Apple TV+, HBO, and other sources can all reside in one universal hub.

Unfortunately, Disney+ isn’t available as a channel inside the TV app, it only offers an app integration. What this means is that you’ll have to download the Disney+ app on all your devices to play the service’s content, whereas with channels content you can watch without needing a separate app. Also, whenever you initiate playback in TV you’ll be bumped out to the Disney+ app, making for a clunkier playback experience than you would have if the service was available as a channel.

The streaming wars are only just now starting to heat up, and the launch of Disney+ is a significant moment in those wars. While for some, the new service represents yet another video subscription they’re asked to pay for, it truly is remarkable that the dream of unbundling content from expensive cable or satellite packages is finally coming true.

Apple has released a trailer for its upcoming movie, The Banker, on its Apple TV YouTube channel. The company describes the film as follows:

Based on a true story, “The Banker” centers on revolutionary businessmen Bernard Garrett (Anthony Mackie) and Joe Morris (Samuel L. Jackson), who devise an audacious and risky plan to take on the racially oppressive establishment of the 1960s by helping other African Americans pursue the American dream. Along with Garrett’s wife Eunice (Nia Long), they train a working class white man, Matt Steiner (Nicholas Hoult), to pose as the rich and privileged face of their burgeoning real estate and banking empire – while Garrett and Morris pose as a janitor and a chauffeur. Their success ultimately draws the attention of the federal government, which threatens everything the four have built.

The film, which is rated PG-13, will be released in theaters December 6th and stream Apple TV+ in January 2020 following a similar pattern to The Elephant Queen and Hala which are also Apple Original movies. It’s an interesting approach and one that is likely designed to ensure the films are eligible for awards like the Oscars, while simultaneously creating marketing opportunities and viewer awareness in advance of their debut on TV+. 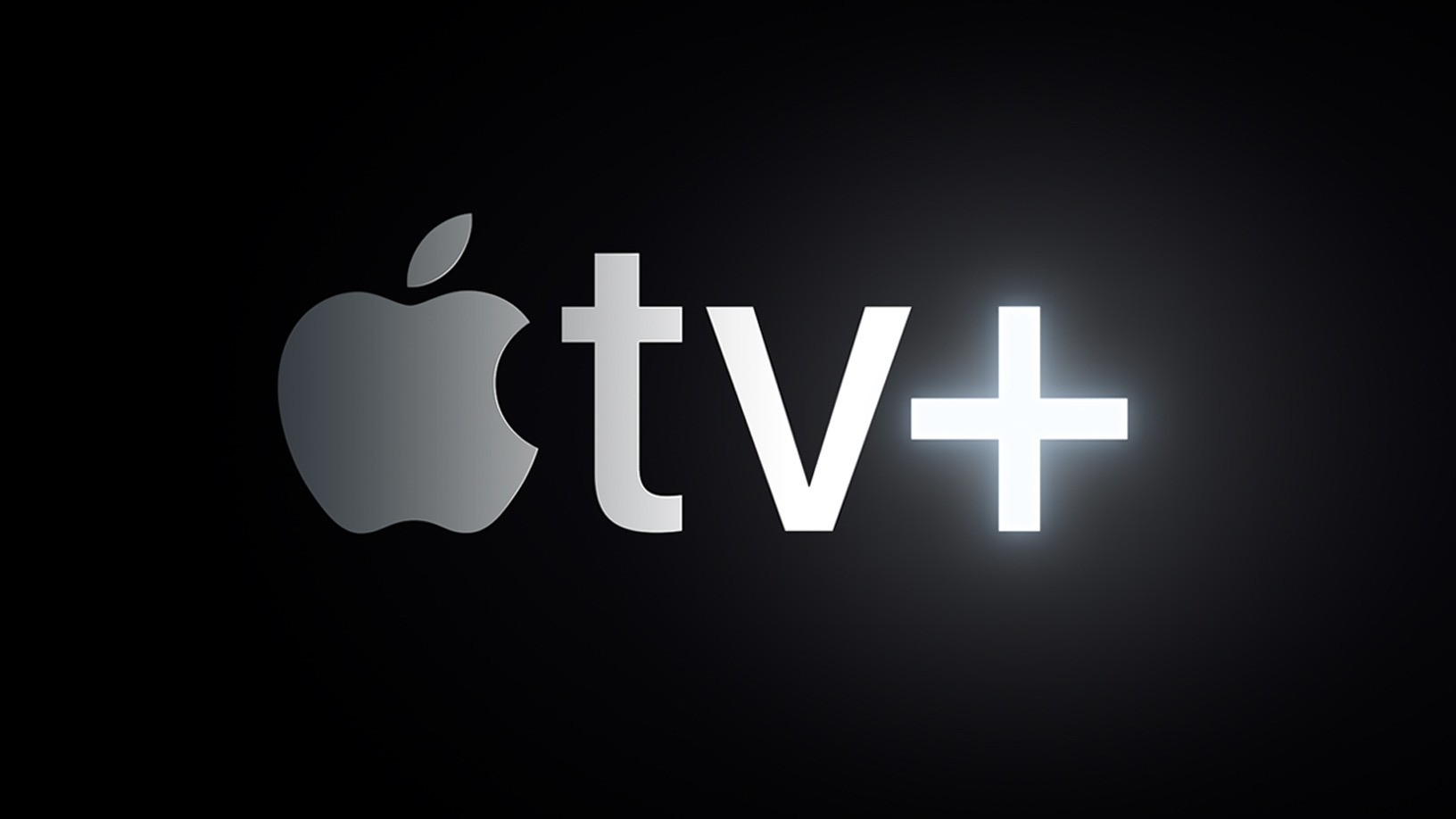 Apple TV+ is now available, a video subscription service that Apple has been working on for over two years now. The new streaming service debuts in over 100 countries, and can be accessed now inside the TV app on iPhone, iPad, Mac, Apple TV, Roku and Amazon Fire TV devices, and select smart TV manufacturers, as well as from tv.apple.com.

Apple TV+ costs $4.99 per month, but all users are offered a 7-day free trial; also, anyone who has purchased a new iPhone, iPad, Mac, Apple TV, or iPod touch since September 10 will receive a free year of service. Finally, even if you don’t subscribe at all, Apple has made the first two episodes of all of its series available for free viewing in the TV app.

While the cost of entry is low for Apple TV+, what you get for the price is also fairly limited at the moment. Apple has branded TV+ “the first all-original video subscription service,” which means there’s no back catalog of legacy content, only brand new shows and movies that have never been released before. This angle could be spun as a positive thing in some respects, because many streaming consumers these days care most about new content, but it also means you can quickly watch everything TV+ has to offer and be stuck waiting for more content.

Here’s the full lineup of everything Apple TV+ offers today:

END_OF_DOCUMENT_TOKEN_TO_BE_REPLACED 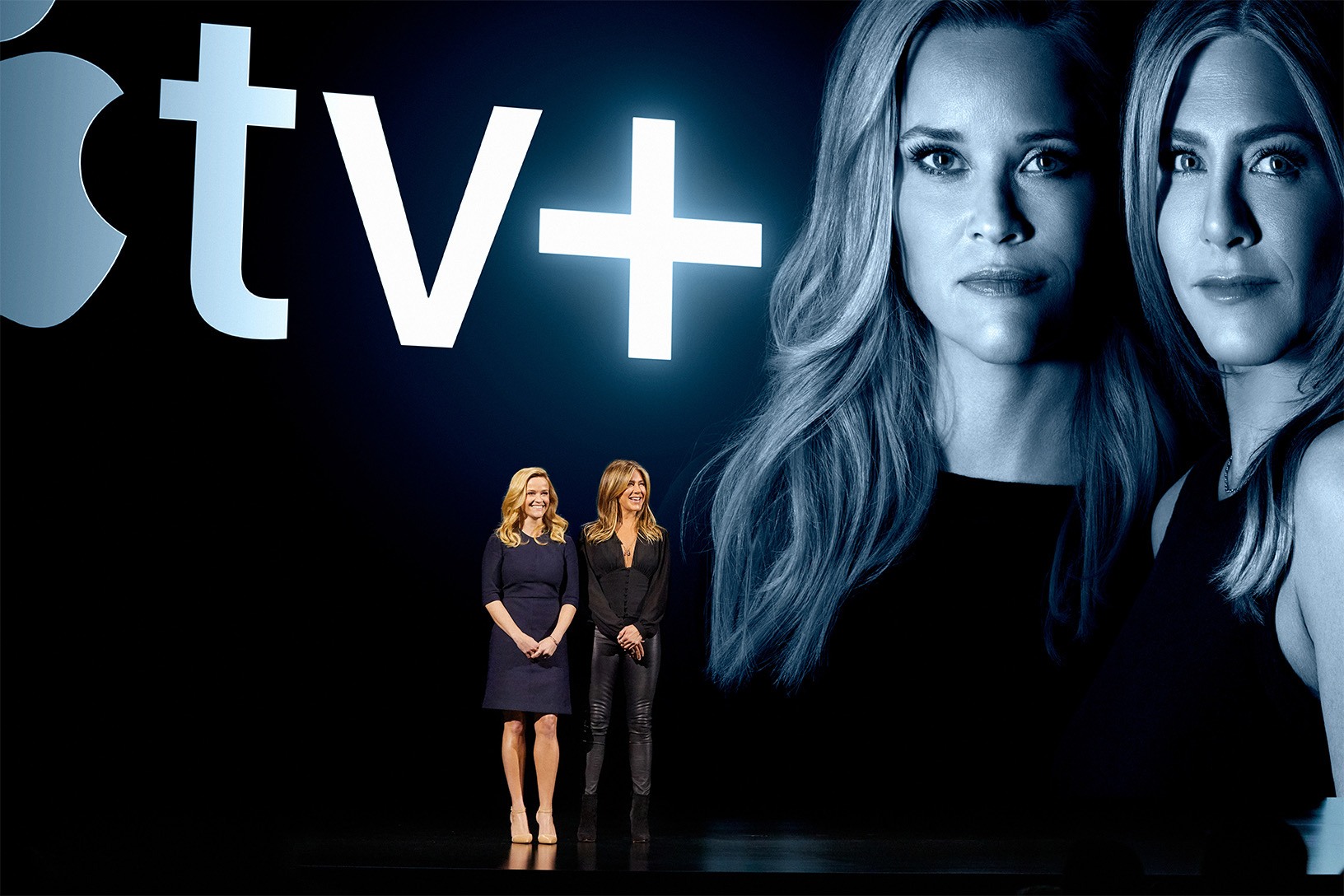 Apple’s streaming video service, Apple TV+, launches this Friday, November 1st. Ahead of its launch, today the first reviews dropped for the service’s tentpole originals: The Morning Show, See, For All Mankind, and Dickinson. Overall the critical takes are extremely mixed: though I haven’t seen any reviews that are outright negative, and there are a few which are very positive, the majority of reviews seem to lie somewhere in-between those two extremes.

For All Mankind appears the best-received Apple series, with Dickinson perhaps the second most-praised; however, that may be due to the added pressure placed on The Morning Show and See as Apple’s top two draws. Though many reviewers found things to praise about each show, such as Jennifer Aniston’s strong performance in The Morning Show, and the incredible visuals of See, the majority of their critical emphasis was on the ways these series fail to live up to high expectations.

One common note struck by reviewers is that with most Apple TV+ shows, only three episodes per series were provided for review, which made it difficult to adequately evaluate each first season. Perhaps tellingly, For All Mankind had the most episodes screened for critics, and it’s the most-praised show.

Below is a roundup of excerpts from various reviews that help provide a good overview of what to expect from Apple’s first original series.

END_OF_DOCUMENT_TOKEN_TO_BE_REPLACED

This isn’t a surprise, as the impending launch of Apple TV+ meant all previously-announced TV app platforms were likely to arrive before November 1st. Now that the app is available on Roku and Fire TV devices, plus Samsung TVs, the only platforms still waiting for support are smart TV sets from LG, Vizio, and Sony. 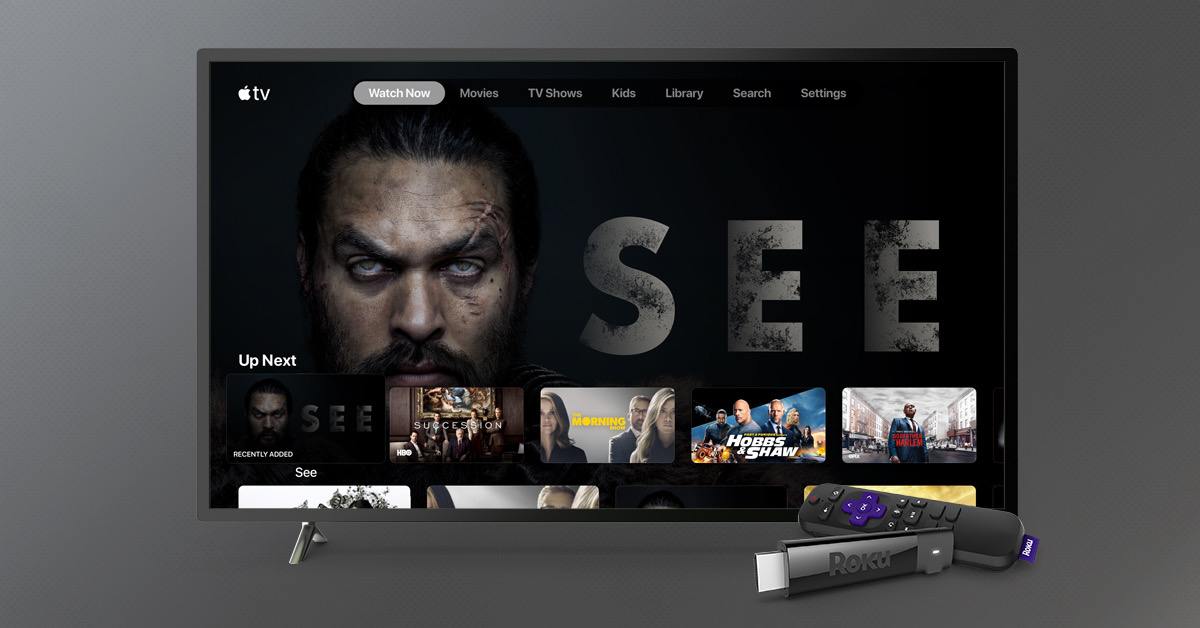 Roku announced in a press release that the Apple TV app would be available on its streaming devices starting today:

For the first time ever, Roku users can add the Apple TV app via the Roku Channel Store to discover and watch movies, TV shows and more, including accessing their iTunes video library and subscribing to Apple TV channels directly on Roku devices. Starting November 1, Apple TV+, Apple’s home for all-original shows and movies from the world’s greatest storytellers, will be available on the Apple TV app on the Roku platform.

Like the TV app on Samsung smart TV sets, the Roku version of the app offers access to all iTunes movie and TV show content, as well as all Apple TV channels options, such as HBO, CBS All-Access, and soon Apple TV+. However, content from non-channels like Hulu or Amazon Prime Video, which are accessible on iOS and tvOS devices, will not be present on the Roku version of the TV app because it lacks third-party app integrations. Moving forward though, I expect that all of Apple’s new content partners with the TV app will be full-on channels rather than legacy app integrations.

Earlier this year Apple announced that the TV app would also be arriving on Amazon Fire TV devices and TV sets from more manufacturers, so as we get closer to the November 1 launch of Apple TV+, I expect we’ll see those other vendors all follow Roku’s lead. 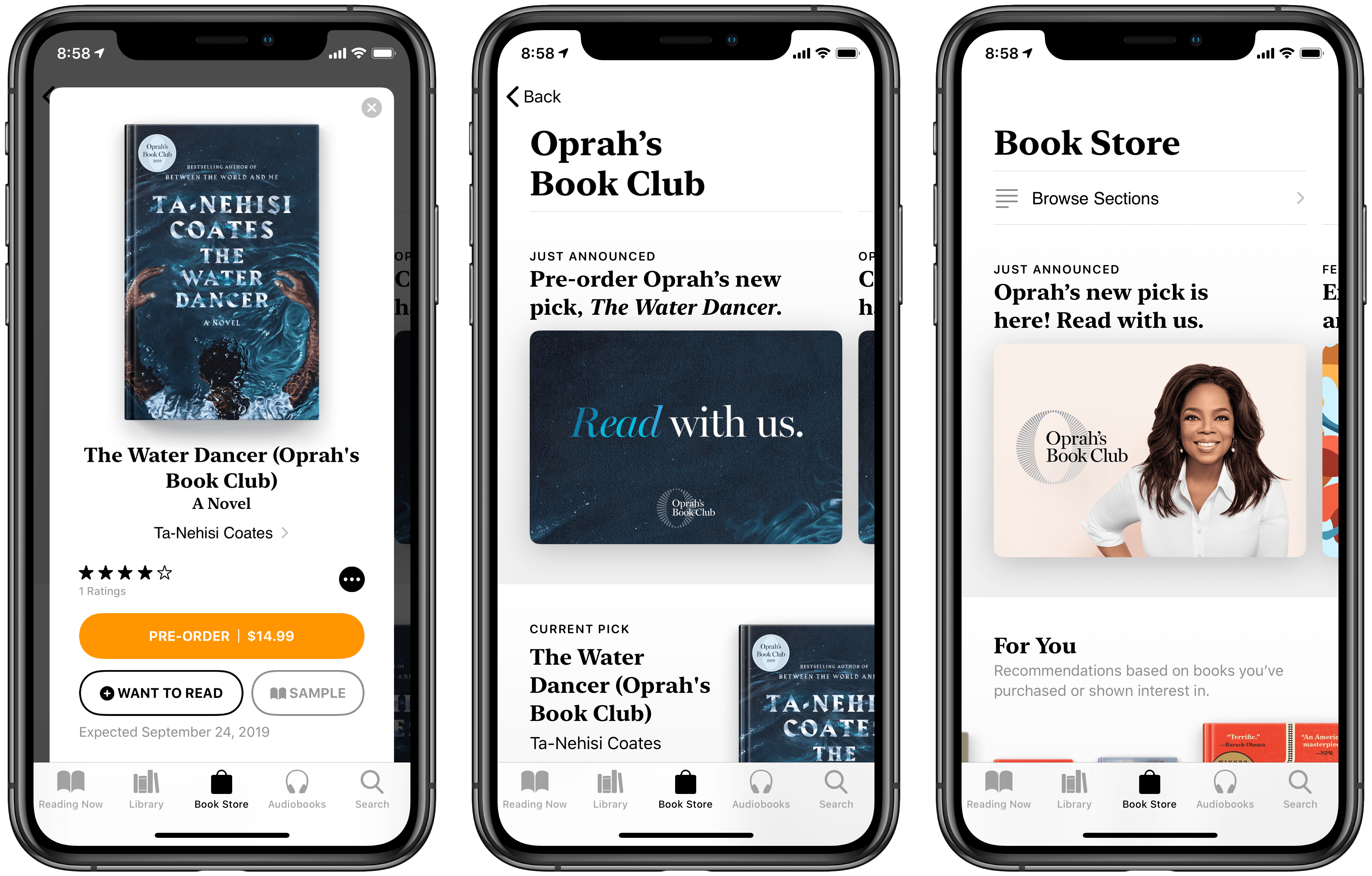