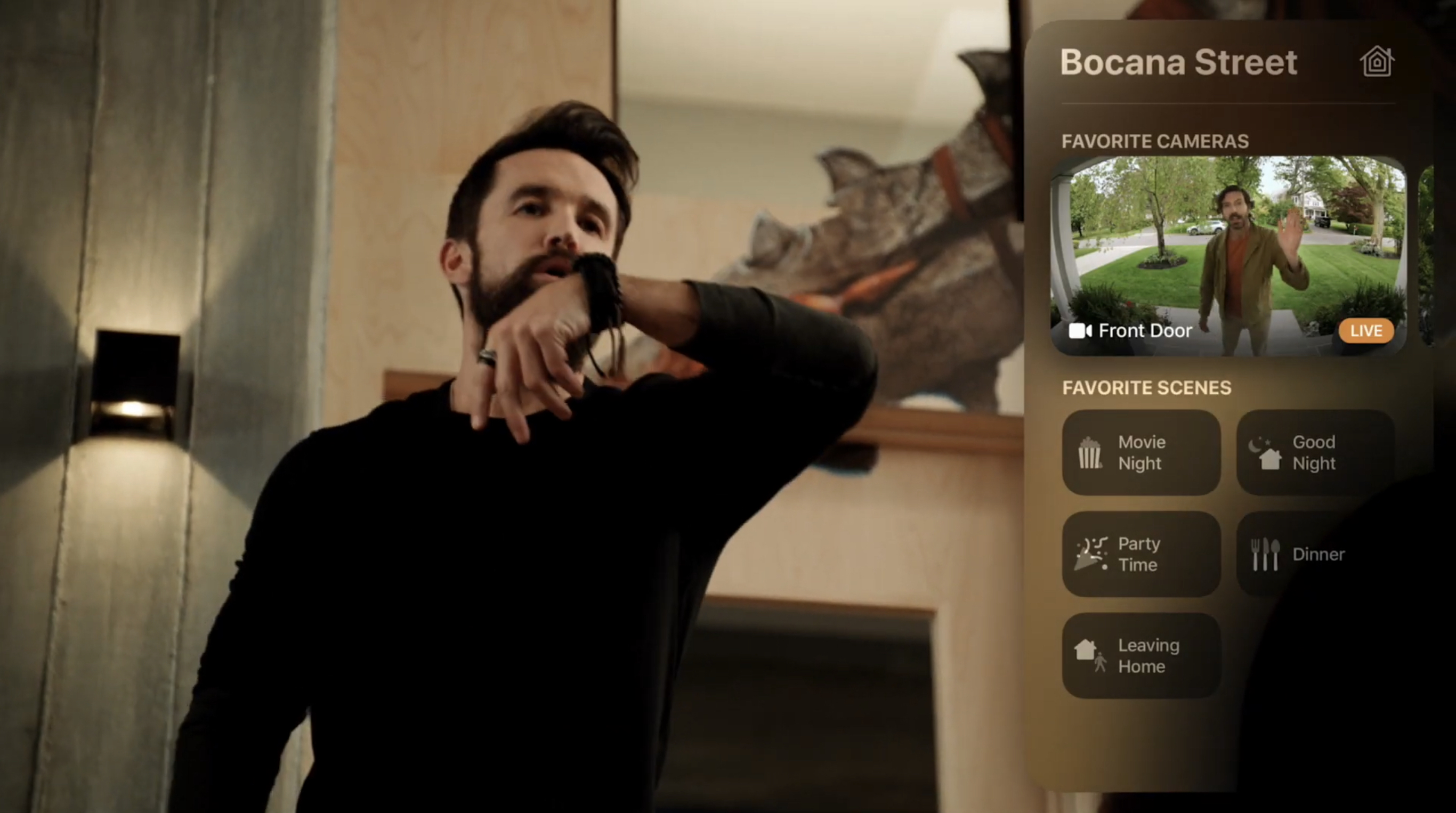 Before now, the Apple TV’s only integration with HomeKit is that it could serve as a Home hub, enabling off-network access to your smart devices. tvOS 14 adds a lot more to the HomeKit experience, however.

It starts with Control Center, which now includes dedicated controls for your Home devices, just like you’ll find in iOS and iPadOS 14’s Control Center panel. This enables doing things like running HomeKit scenes, toggling individual devices on and off, and viewing live camera feeds.

Speaking of which, security cameras have received special attention in tvOS, as you can now also get an alert on your TV when motion is detected in your camera zone. Although this could get annoying if your camera is constantly detecting unimportant bypassers, that hopefully won’t be a problem thanks to the new activity zones you can configure, which limit motion detection to a custom area of the camera’s field of view that you determine yourself.

One of the Apple TV 4K’s longstanding drawbacks is that it has never offered 4K playback of YouTube content. That’s officially changing in tvOS 14, where the YouTube app will play videos in all their 4K glory.

Another 4K-related improvement is that when you send content from your Photos app on iOS or iPadOS to an Apple TV, that will now happen in 4K resolution as well, rather than being a downgraded version. 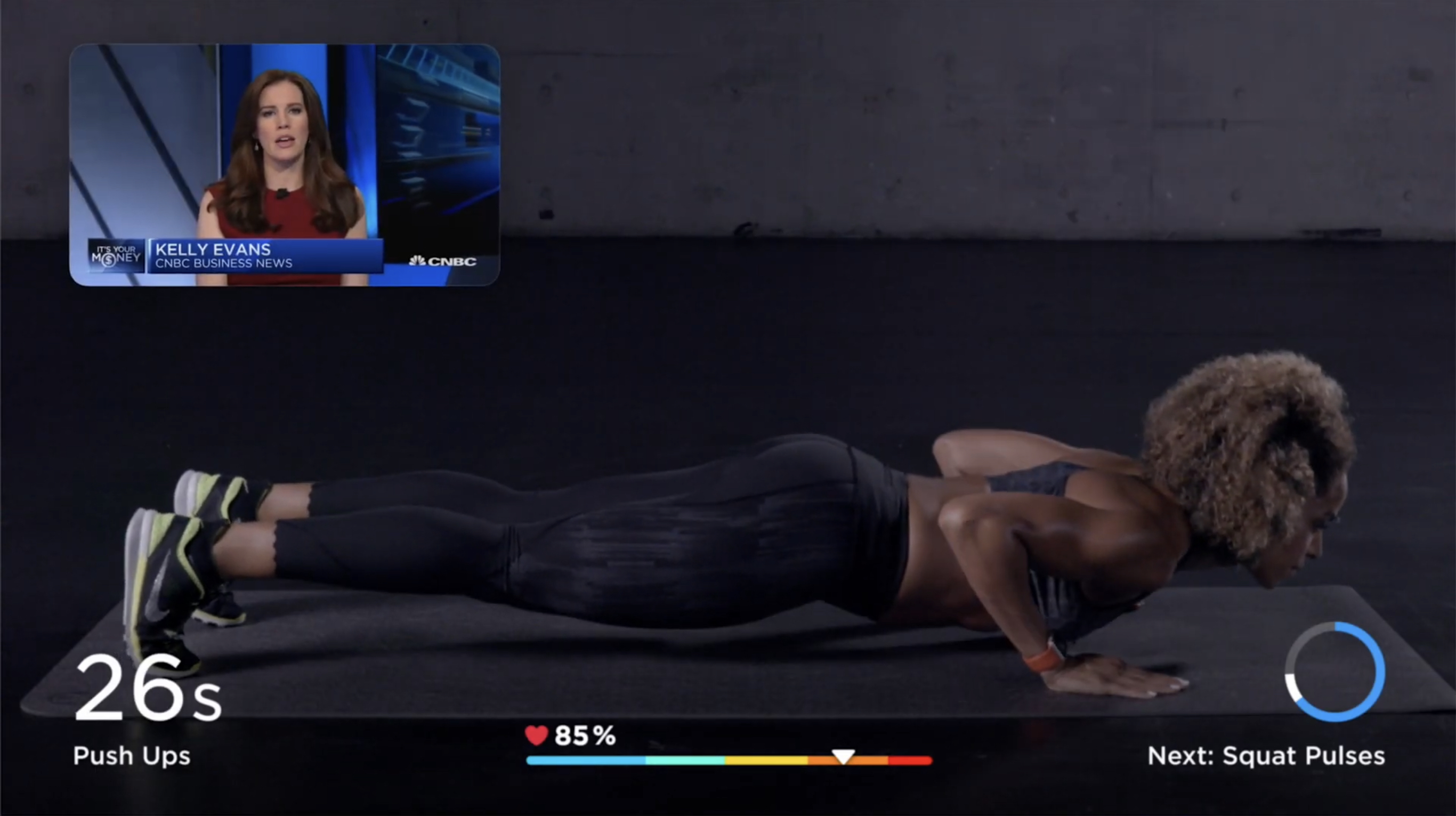 Picture in Picture while using a fitness app.

Picture in Picture was introduced in a limited capacity last year: it worked from Apple’s TV app, so you could go into PiP mode while watching content from iTunes or channels, but the PiP window would only stay on-screen while you browsed the TV app itself. Going to the Home screen or another app made your Picture in Picture video disappear.

In tvOS 14, Picture in Picture works systemwide, so you can use it while browsing any other app. Hopefully this change leads more video apps on tvOS to support the feature.

Another noteworthy Picture in Picture change is that you can send AirPlay sessions from your other Apple devices to an Apple TV Picture in Picture window. So if you want to keep the main tvOS content on-screen, but have a small window containing AirPlay content, now you can do that. 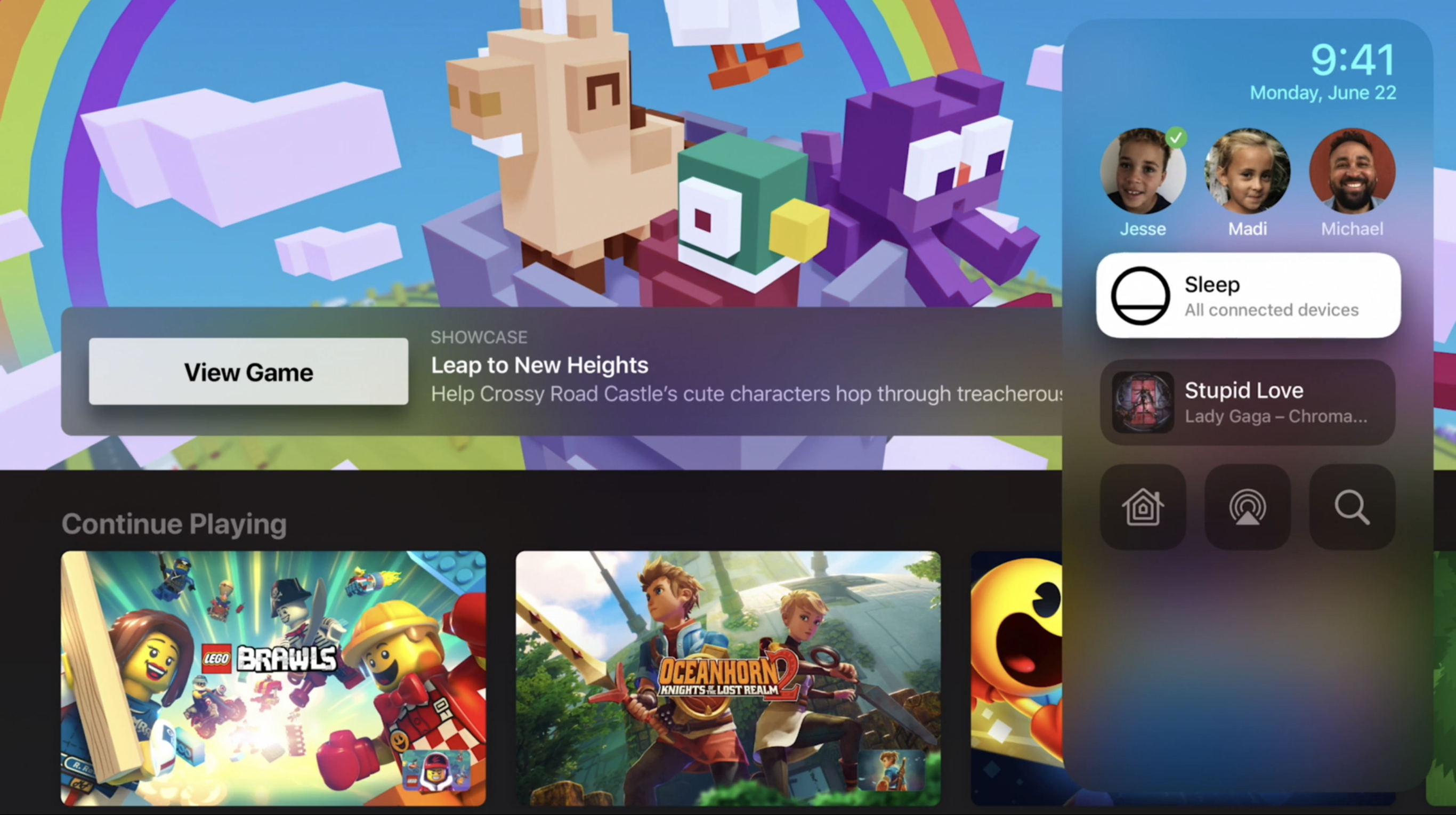 Last year Apple began a push to revive gaming on the Apple TV, thanks to Apple Arcade and support for popular game controllers. This year the company is continuing down that path by adding support for the Xbox Elite Wireless Controller Series 2 and Xbox Adaptive Controllers, as well as multiuser features for games.

Multiuser was first introduced as a system feature in tvOS 13, but it was limited to the TV app initially – third-party apps were given tools to integrate with the feature, but I don’t know of any that ever did. Now, multiuser will apply not just to the TV app but to gaming apps as well. Apple demoed the feature by referencing Apple Arcade titles, but it’s unclear how many Arcade titles will ship with multiuser support; it’d be another nice feature of Arcade if Apple could guarantee that every title supported multiuser functionality. Multiuser will allow different family members to keep their own save progress, leaderboard profile, and invitations.

Audio sharing. Last year iOS and iPadOS gained an audio sharing feature, which enabled having multiple sets of compatible wireless headphones, such as AirPods, connected to your device at once. I’ve loved this feature since it launched, and use it regularly with my wife. Audio sharing wasn’t previously available on Apple TV, but that changes in tvOS 14, so now you can share audio from the big screen across multiple headphones.

New volume HUD. As discovered by Guillermo Rambo, tvOS 14 also includes a new volume HUD fashioned after the one added to iOS and iPadOS 13 last year.

tvOS 14 includes a lot of valuable improvements, many of which I plan to use regularly. Oddly though, it includes zero changes to the Apple TV’s most important app: the TV app. Maybe updates to the TV app require more development time, and we’ll see something change later this year or early next year. But for an app that’s central to Apple’s broader TV ambitions, including its TV+ service, it’s an odd omission. The current TV app works fine for me, but it can be very confusing to many users. If Apple wants to gain a larger TV+ subscriber base, and push more customers to using its unified Up Next queue for content from third-party services, it needs to make the TV app as intuitive as possible.