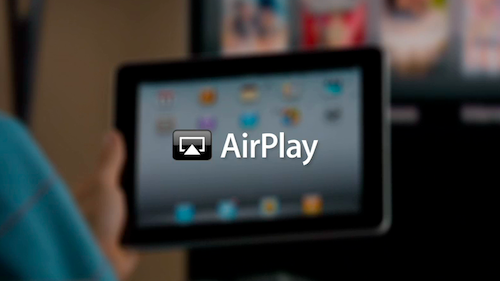 Yesterday we posted a tutorial on how to turn your iOS devices into AirPlay-compatible speakers using a jailbreak hack that involves copying two files to iOS’ filesystem. 24 hours into using it, I have to admit this has already radically changed the way I think of AirPlay – Apple’s streaming functionality for audio and video content introduced in iOS 4.2.

This is a taste of the AirPlay that’s going to be, and it looks a lot like an integrated model, all over again.

The current version of AirPlay comes with many limitations. For instance, you can’t stream video from 3rd party apps to the Apple TV, and you can’t use an iPhone or iPad as an AirPlay speaker by default. The fact that several jailbreak tweaks are enabling these functionalities proves that the technology is there and it’s ready, but Apple didn’t want to roll it out in iOS 4.2. Hackers are enabling video streaming through the standard media player from third-party apps to the Apple TV (and this only requires a few lines of code and a few private APIs) and Cydia, the alternative App Store, is filling up with tweaks to activate AirPlay system-wide. Clearly, that’s what users want. And that’s where Apple is headed: an integrated system that extends AirPlay’s capabilities to iOS devices, from audio-only to audio & video anywhere – a technology that will allow us to stream any kind of content to and from any device.

Perhaps Apple thinks the technology isn’t quite ready yet, but using my iPhone and iPad as speakers gave me a glimpse into the future of AirPlay. Put simply, I can send audio from my computer to a device in another room and even control the computer’s library (and AirPlay output) from the device itself using Apple’s own Remote app. If audio’s playing on a device via a music app (iPod, Spotify) I can “forward it” to a second device with the tap of a button. That’s nice, right? Wait, because the real potentialities lie in customization of this process.

I store my iTunes library in Dropbox, and I have 24/7 access to it when I’m on the go. I can just fire up the Dropbox app and start playing songs via 3G. I have to wait a little more for streaming to start (if I’m in a low-signal area), but it works. Now, let’s say I’m in the car and I have plugged the iPad into the car’s audio system to play some tunes. My friends in the backseat don’t like Arcade Fire though, and they want to check on the music I own to see if there’s some other artist that meets their tastes. I could hand the iPad over to them while I’m driving, but most likely music will stop playing because the cable’s not long enough. Plus, I don’t store my entire iTunes collection on the iPad. With my AirPlay setup, I can just give them my iPhone and tell them to look into the Music folder in the Dropbox app. Simple. After that, they can just select a song and send audio the iPad using AirPlay. “How, without a local network?” – you may ask. MyWi is running on the iPhone, the iPad is connected to its local network and AirPlay can thus receive data. I have AirPlay and cloud streaming in my car thanks to two simple jailbreak apps.

See, this is no ode to jailbreak – as much as I love what hackers and developers alike are doing to overcome Apple’s restrictions. No, I want you to think about the possibilities the future versions of AirPlay will open to “regular” users: with no further configuration needed, everyone will be able to stream content from a computer or the cloud to a mobile device. That mobile device will be able, at the same time, to forward that content to a second device. Just think about it: what we’re achieving today with a mix of Dropbox, SSH access and Cydia apps, will soon be available to everyone by default.

How soon is “soon”, though?

We don’t know for sure. We can only speculate that Apple has two major annoyances to fix on iOS 4.2: AirPrint with shared printers and proper AirPlay support for audio and video. What’s interesting about our feature requests this time around is that we’re not asking for “more complicated” features for power users (“Let us create smart folders in Mail app!” or “Let us access files on iOS through a central repository!”) but we want a simple and integrated system that just works. Sure, it’d be nice to manage multiple audio channels on iOS and I’d love to be able to have a dedicated AirPlay tab in the Settings but really – we don’t need that stuff.

Think about the future of AirPlay. Integrated streaming never looked so attractive.