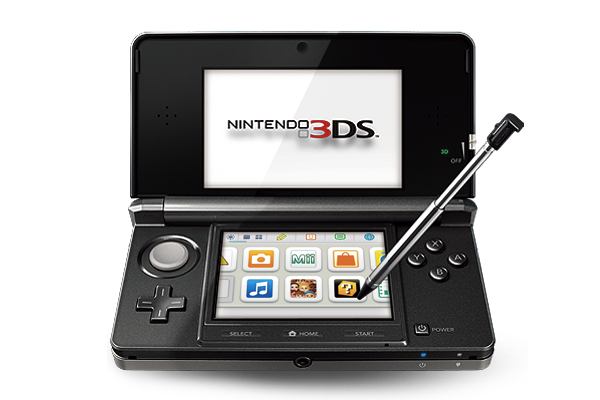 Last week, I bought a Nintendo 3DS with Legend of Zelda: Ocarina of Time 3D. And coming back to “regular” portable console gaming after four years of multitouch iOS gaming felt strange.

As I explained in my Aquaria review yesterday, I started playing with a Super Nintendo Entertainment System when I was six. Actually, my home console gaming experience started with the SNES, but my parents had already bought me a Game Boy. I grew up with Game Boys (classic, Pocket, Color, Advance, and various iterations of the latter), Nintendo’s consoles (SNES, N64, Game Cube, Wii) and Sony’s PlayStation (PSX and PS2). I skipped SEGA’s Dreamcast and Microsoft’s original Xbox, albeit in 2008 I decided, for some reason, to buy an Xbox 360. I basically never touched it. In fact, I’m pretty sure my 360 still has the original Dashboard view – I don’t even know how to update the thing.

I’ve been a “regular” gamer from 1994 to 2007. Four years ago, something happened: as I graduated from high school and got a job, I found to have less time for gaming. Things got even worse after I started MacStories, gaming time-wise. At the same time, whilst my DS and PSP and 360 were catching the dust, I started playing the casual game for iPhone that you can get at $0.99 in the App Store and doesn’t make you fell all guilty about it. After all, it’s just a .99 game that you can play for 20 minutes, not hours. You didn’t spend $60 and 40 hours on a game – I bet a lot of people know the feeling. At least initially, casual iPhone gaming was the cure for ex-gamers that still wanted a quick bite off the digital entertainment scene.

So for nearly four years I bought nothing but iPhone and iPad games. I was quite happy with the results: I could play the latest hit for 30 minutes a day, and say that “I enjoyed it”. I clicked the Buy button on a lot of games: most of them I never finished. But they still gave me the illusion of enjoyment as they were little $0.99 gems I couldn’t feel guilty about. It’s easy to say you’ve “enjoyed” something that costs less than a dollar. So my iTunes library grew larger and full of half-finished, presumably enjoyed iOS games.

Late last year I noticed how the iOS gaming scene was getting more serious and aware of its possibilities. It was around the time Aralon by Crescent Moon Games came out. Was that console-quality gaming I was seeing on the iPad? Maybe. What really did matter to me was that I was starting to see the complexity and craftsmanship in certain iOS games. Perhaps I was late to the party, but it turned out the App Store wasn’t just about “silly little games” to purchase and archive in one afternoon. Sure there’s plenty of that in the App Store, but the opposite is also true: iOS developers are increasingly creating fantastic, original experiences for iPhones and iPads.

A few months ago I made a promise to myself: I’d be more serious about iOS games and try to truly enjoy the smallest $0.99 purchases as well as the more complex $9.99 RPGs and adventure games. I was slowly getting back into gaming. And here’s the best part: I think that if you’re a gamer at heart, if you genuinely enjoy videogames of any genre, you’re not going to able to stay away from games – no matter the platform – for long. My self-proclaimed exile from console gaming had been mitigated by iPhone games, and evolved into the kind of passion and interest I had pre-2007. iOS games helped me not forget about console games, and get excited about the gaming industry again.

This brings me to my 3DS purchase, and how I think I’ll need some “adjustment time” to re-enter the mindset of portable gaming Vs. iOS gaming. And please note, this is not a “console war” piece in which I try to rule out the winners and losers, offer bland analyst-like suggestions to console makers and cry myself tears of joy because “Apple has won”. I couldn’t care less about that. I just want to enjoy playing games again on my iPhone, iPad and, now, the 3DS, which I see as a starting point that could lead, who knows, to Sony’s or Microsoft’s consoles (again) in the near future. I’m just saying that, in coming back to a traditional brand like Nintendo after four years, I’m seeing some abnormalities that I need to get used to.

Cartridges for portable games: I’m sorry but the App Store spoiled me with this one. I’m not sure how consoles and PCs are doing with digital downloads (though I’m pretty sure there’s this awesome thing called Steam that’s been going around for a while), but having to buy a series of packages with cartridges inside feels quite strange to me after all these years of iTunes library management. And look, it’s not about having to pay $40 for a DS game. It’s the comfort of having your credit card associated with iTunes and ready to purchase anything you want. It’s about not having to drive to the store, or wait for an Amazon shipment to arrive, because I can download a 2 GB game myself. It’s about those cards that you have to swap, carry around, physically manage and remember not to lose. Because Nintendo isn’t giving me a free replacement if I can’t find my DS game anymore. But I can re-download from the App Store at any time. Which brings me to my main problem with going back to Nintendo’s system – the underlying infrastructure.

The App Store gives me games, updates, an homepage with featured titles, top charts, descriptions and screenshots, and a Store I can browse on my computer, iPhone and iPad. The first thing I did after turning the 3DS on was to activate WiFi and perform a software update; that was done on-device, wirelessly, and required around 15 minutes. Pretty good I’d say. But then I launched Nintendo’s version of mobile app store, the eShop, and it took me around 10 minutes to understand its purpose. Maybe I should have read the manual. But the point is, why should I read anything about the eShop – it must be a place where you buy games digitally, right? The App Store’s concept is so simple: it’s where you buy apps. Nintendo’s eShop, on the other hand, is this weird hybrid that’s got some old games remastered for 3D, some original 3D games, a couple of apps and videos of games. But you can’t buy the latest Mario or Zelda on it. So what’s the point? Nintendo sees the online “store” as an option, an addition to the regular physical game business, not an ecosystem’s feature. And coming from four years of App Store, that still sounds strange to me. Some people say digital games (as in, with digital delivery) should cost less. I’d pay more to have a full-featured eShop by Nintendo with real 3DS games.

I also find myself having a problem with the stylus and the 3DS’ system interface. The iPhone and iPad (and even my MacBook’s trackpad) got me used to multitouch interactions and it’s hard to go back to holding a stylus to perform the most basic action like selecting a menu item. Sure the 3DS still recognizes a finger’s touch somehow, but the screen is clearly meant to be used in conjunction with the provided stylus. But I can pass on this as more of a philosophical issue because, maybe, for some reason Nintendo’s management and company culture doesn’t believe in swipes and taps. We’ll see. What I really can’t ignore is the interface, which looks amateurish and ugly. On iOS, we’ve seen some beautiful works of art and design in the past four years, and I didn’t expect to see Apple-like UI quality on the 3DS. But the whole 3DS navigation seems like it’s been conceived for six-year olds with a lack of taste and interest in well-designed modern interfaces that can improve and simplify our digital lifestyles, and maybe that’s true. It looks childish, overly mechanical and ultimately unintuitive. Operating systems like Android, iOS and webOS made us comfortable with swiping between grid of icons and pages naturally with our fingers. Using the 3DS’ built-in system interface feels like going back to the original DS from 2004 – which I think says a lot about Nintendo’s unwillingness to adapt its design principles to what most people are now seeing as “normal” in their lives. Yes, even kids.

Yet in spite of the issues I mentioned above, I’m really enjoying games on the 3DS. Ocarina of Time is the masterpiece I remember playing more than ten years ago, only with better graphics and this cool 3D/depth effect that (surprisingly) works quite well. Star Fox is equally enjoyable and impressive. And I can’t wait to get my hands on Super Mario 3D Land (which has gotten very positive reviews) and Mario Kart 7, which will be a test for Nintendo’s 3DS online platform. I am enjoying Nintendo games again, and that can only be a good thing.

It’s always about the games, ultimately, but the hardware matters, too. More importantly, integration of hardware and software matters, and with my iOS gaming background I think Nintendo still has to get this right. Using the 3DS after years of iPhones and iPads feels strange because I’m dealing with a device that’s pretty capable spec-wise, yet doesn’t show the same amount of attention to detail, integration and flexibility that my iPhone has. I can play Angry Birds on my iPad, quickly look up a webpage, send an iMessage to my friend real quick and then effortlessly come back to the game. I challenge you to do the same on the 3DS with that joke of Internet browser and “suspended” software on the Home screen.

Still, I’m getting back into gaming and enjoying every day of it. It’ll just take a while to understand the differences between iOS and Nintendo.