We don’t know what’s the secret behind webout, a universal app for iPhone and iPad, and we don’t know if Apple is going to remove this soon from the App Store – but it works. As you may know, you can’t stream video using AirPlay to the Apple TV with Mobile Safari. Only native Apple apps have the video functionality enabled, and if you try to open Youtube.com in the browser you’ll notice that the AirPlay icon doesn’t show up.

What webout does is simple: it’s a very lightweight browser with a minimal feature set that allows you to stream video from the web to the Apple TV, or a Mac. Once you’re in a page containing HTML5 video (Youtube.com, for instance), tap on the action button in the toolbar and hit “Stream video to AirPlay”. The app will open a new window with Apple’s standard media controller and the AirPlay button right there, waiting to be pressed to initiate streaming. 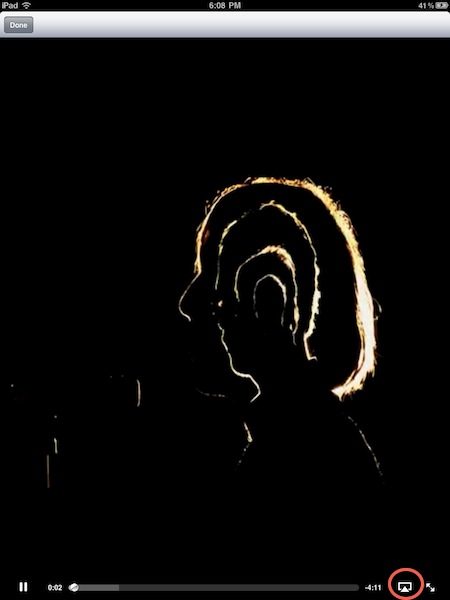 I just tested this with my Apple TV and it works perfectly. Video from Youtube streams just fine. I had, however, some issues trying to stream Youtube embeds from blog posts, as webout didn’t recognize them as valid HTML5 videos. Perhaps it’s a bug in this version, or the webpages I visited had some problems. I don’t know. I’ll test on more websites later today and report back.

In the meantime, you can go download the app here (just in case Apple pulls it) and let us know in the comments how it works for you.