iOS and iPadOS’s 14’s customization options don’t end at widgets. The OS updates also let users change their default email and browser apps for the first time. The feature is a little buggy in iOS and iPadOS 14.0, but I wanted to share how to set it up and explain what your current options are for anyone looking to switch away from the default Safari and Mail apps from Apple.

Switching is simple. The first step is to download a browser or email client that has been approved to serve as an alternative to Apple’s defaults. Developers must request permission to offer their apps as an alternative browser or email app, meeting certain requirements for each type of app. It’s an extra step in the app submission process, so not all browsers and email apps can be swapped in for Safari and Mail from the get-go. Still, less than a week after the public release of iOS and iPadOS 14, users have several options. 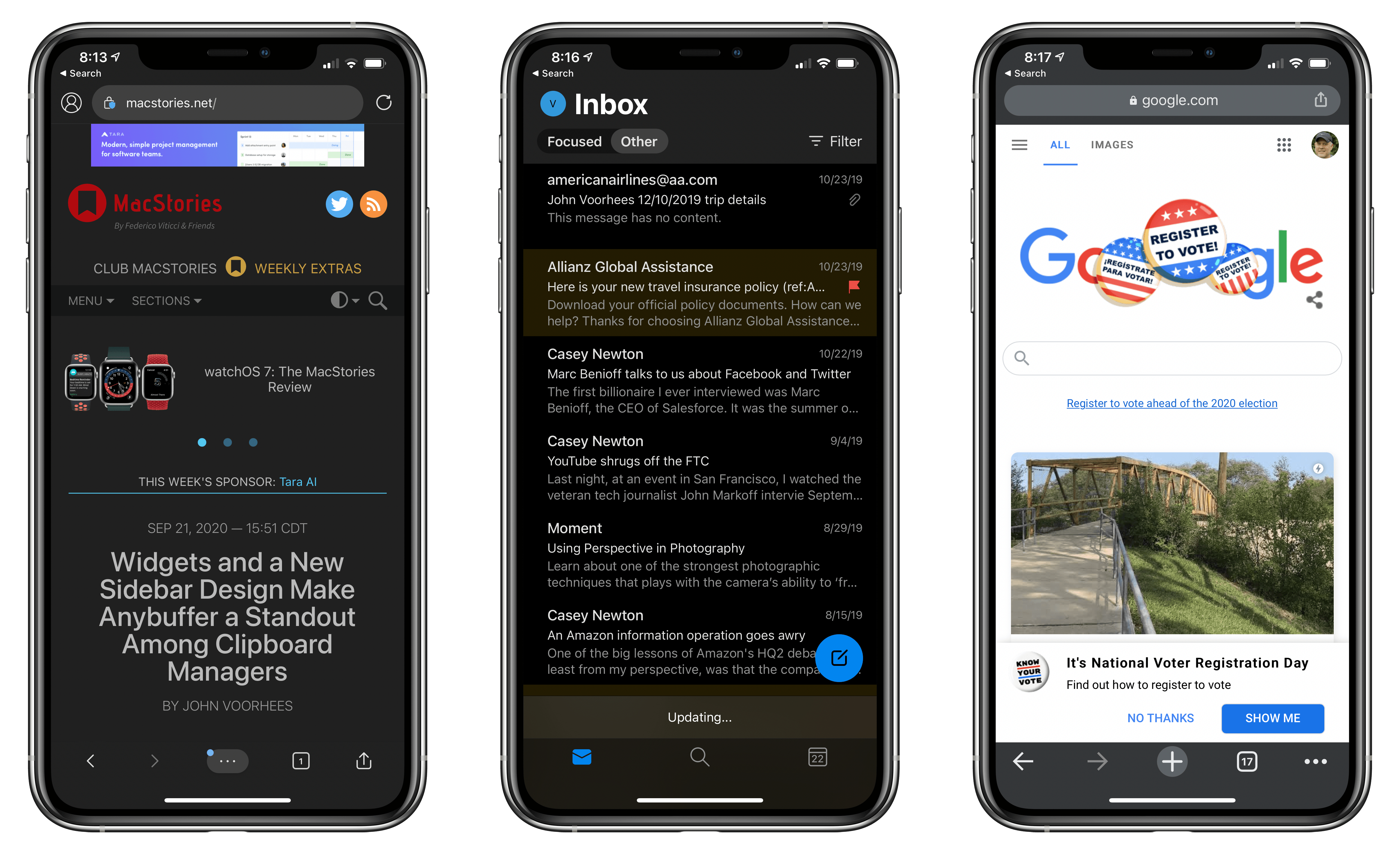 New alternatives are being released all the time, but so far, it’s possible to swap out Safari for:

Probably the most popular browser that hasn’t been approved as a Safari alternative yet is Brave, the privacy-focused browser, although The Verge reports that the feature is coming.

Between the two quartets of alternatives, a significant portion of the browser and email markets have been covered already.

Picking a new default browser or email client from the Settings app.

Getting back to the process of switching apps, once you’ve installed one of the approved alternatives, go to the Settings app on your iPhone or iPad. Scroll down to the entry for the app you’ve just downloaded, and tap it. There you’ll find a new entry for ‘Default Mail App’ or ‘Default Browser App,’ depending on which you’re changing. Tap it and pick the alternative you want to use, and that’s it.

As easy as the process of switching is, though, the feature is not bug-free. I have been unable to get iOS or iPadOS to recognize my new default email client after I switch it. I’ve tried several apps and email links in multiple apps and on the web, but every time I tap one, the system Apple Mail-based compose sheet opens. Federico has had the same issue. I read somewhere that switching email apps only works if you change your browser first, but that didn’t work for me either. Perhaps MacStories readers will have better luck than I’ve had, but at the moment, I cannot change email clients.

9to5Mac also reported last week that if you restart your iPhone or iPad, any default browser or email changes you’ve made are lost. It’s not hard to reset your defaults, but it’s an annoying bug that I expect will be fixed in a later update to iOS and iPadOS 14.

Personally, I use both Safari and Mail and am happy with them, though I wish Mail would adopt some of the modern features of apps like Spark. Still, I’m glad users have been given greater choice when it comes to the default app experience. 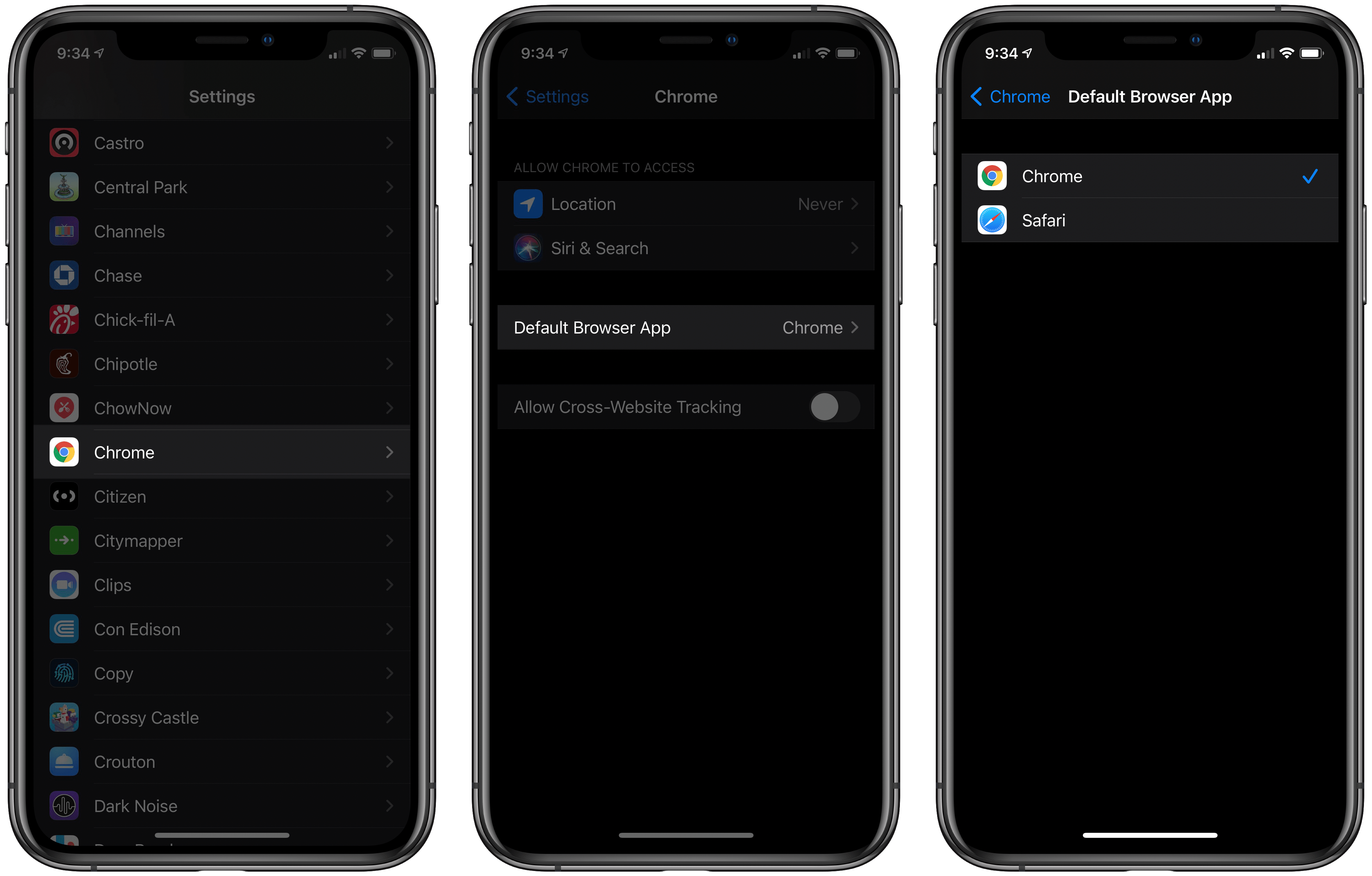 I was trying to update my two Apple TVs (a 4K model and a 4th generation one) to the latest tvOS 11.2.5 beta earlier today to test AirPlay 2 (more on this soon) and, because I remembered there was a way to install tvOS betas without a USB-C cable, I was attempting to download Apple’s tvOS beta configuration profile using Safari on iOS. However, as soon as I tapped the Download button on Apple’s developer website, I got this message instead of a new tab showing the downloaded configuration file: 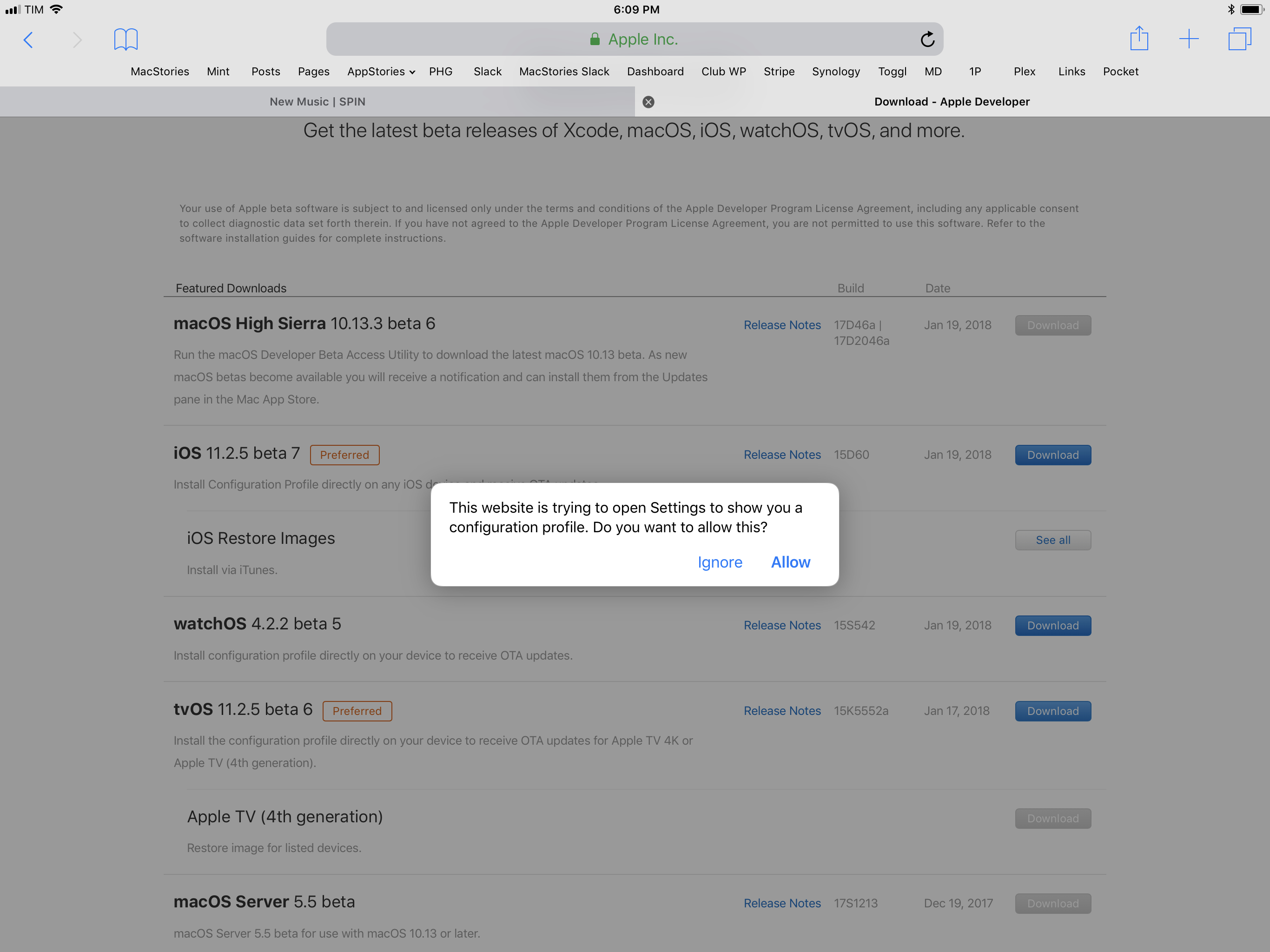 I don’t know when Apple changed this behavior, but I recalled that Safari wouldn’t try to install tvOS configuration profiles on an iOS device. Without a way to manually fetch the .mobileconfig file and save it to my Dropbox, I was going to unplug my TVs and connect them to my MacBook Pro (which usually sits in the closet until it’s recording day for AppStories or Relay) to finish the process.

END_OF_DOCUMENT_TOKEN_TO_BE_REPLACED 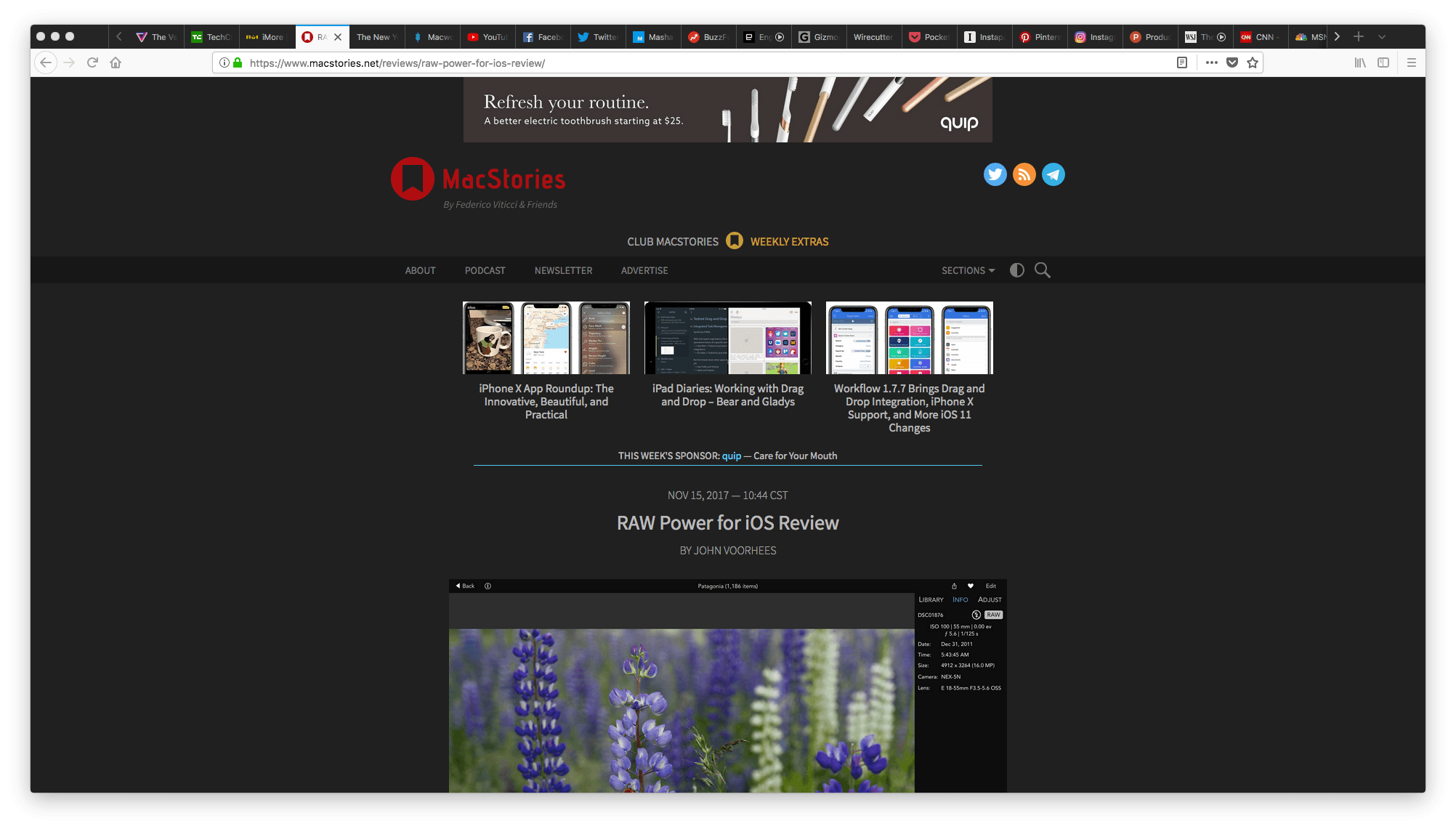 I was an original supporter of Firefox in 2004. At the time, the Internet was in desperate need of change. The web browser market was dominated by Microsoft’s Internet Explorer, which was clunky and becoming an increasingly closed, proprietary system. Firefox found immediate success because it was fast and had an extension system for extending its functionality. Over time though, Firefox lost its speed advantage and fell out of favor.

Now, Firefox is back with a new and improved version called Firefox Quantum that focuses on speed and a fresh design. According to the Mozilla Foundation:

Firefox Quantum is over twice as fast as Firefox from 6 months ago, built on a completely overhauled core engine with brand new technology stolen from our advanced research group, and graced with a beautiful new look designed to get out of the way and let you do what you do best: surf a ton of pages, open a zillion tabs, all guilt free because Firefox Quantum uses less memory than the competition.

I haven’t had an opportunity to thoroughly test Firefox on my Mac, but even after opening 50 tabs on a fresh install of the browser, many of which were notoriously heavy sites, Firefox remained responsive. In addition to being twice as fast as the previous version of the app, Mozilla says Firefox Quantum uses 30% less memory than Google Chrome.

The under-the-hood improvements are coupled with a refreshed user interface that’s designed to scale from mobile devices to large screens. The redesign includes the incorporation of Pocket article recommendations. When you open a new tab, you get three article recommendations from Pocket, which was acquired by Mozilla earlier this year, along with links to popular Pocket article categories. 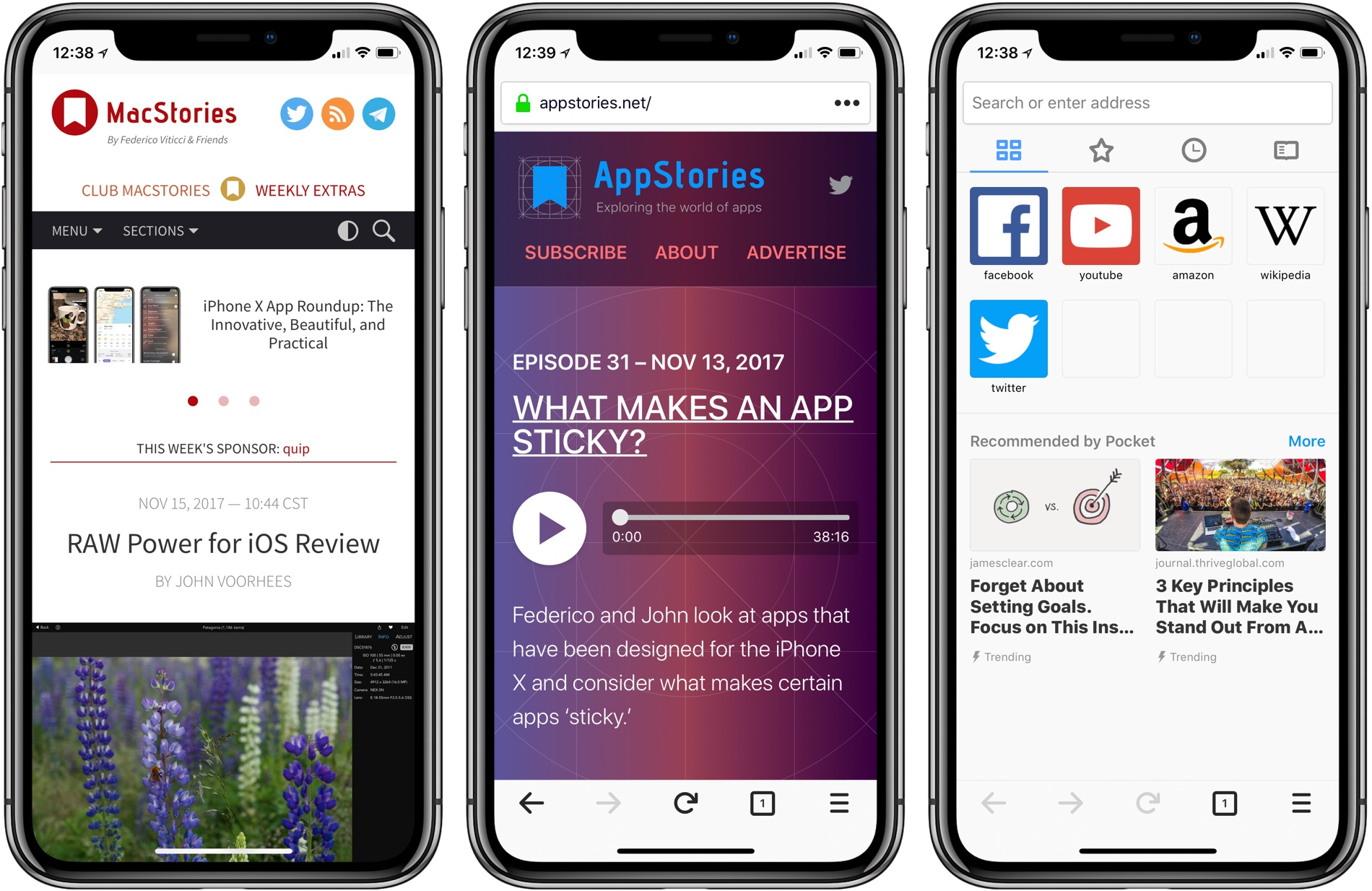 The update to Firefox for macOS is coupled with a similar design refresh on iOS. Version 10.1 of Firefox brings Firefox’s new design to iOS, including Pocket recommendations. The iOS version of the browser also has a ‘no image’ mode that uses less data and loads faster.

Firefox for macOS is available directly from the Mozilla Foundation. The iOS version of the browser is available on the App Store. 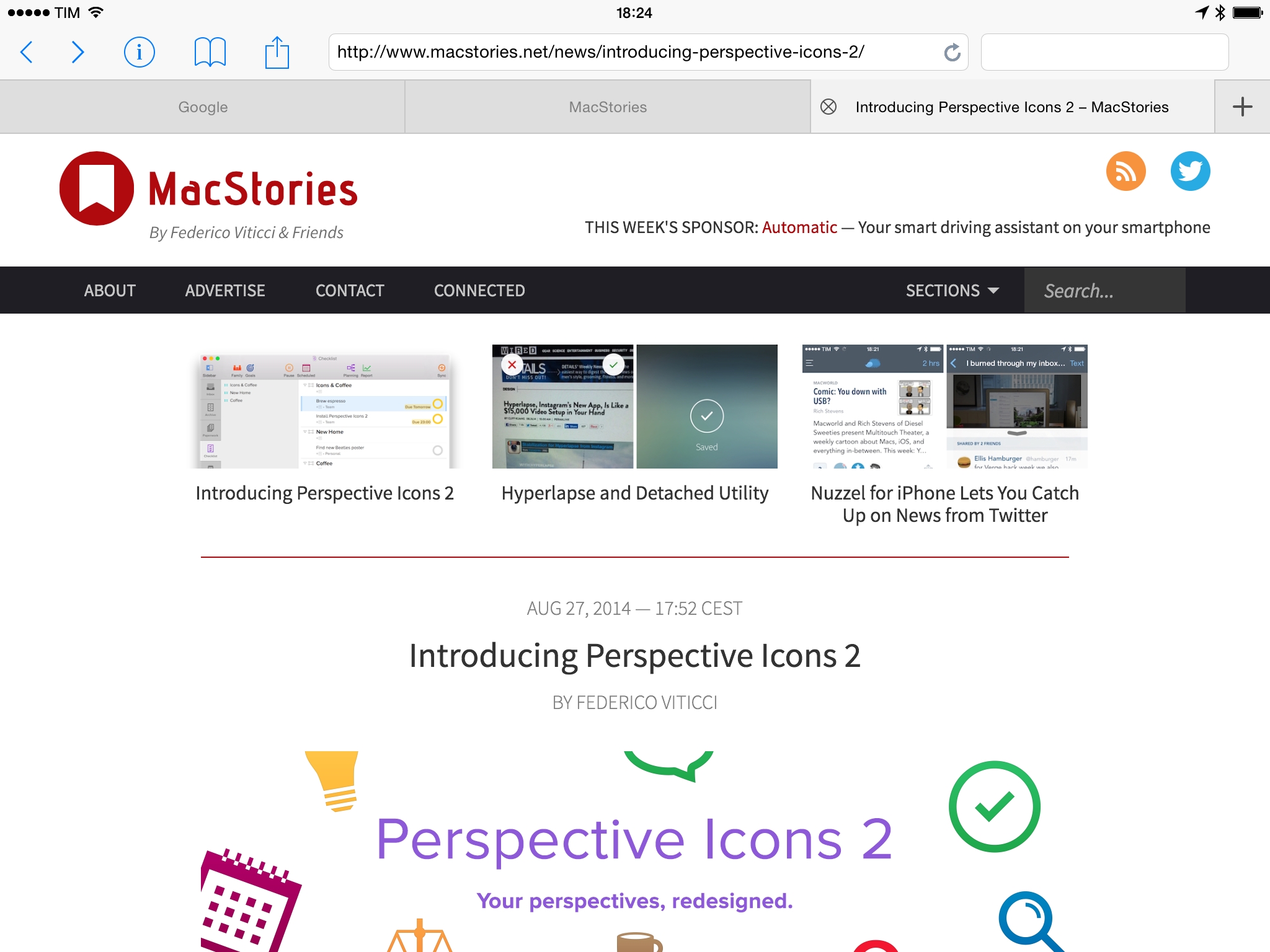 Developed by Steve Moser and released today on the App Store at $3.99, UpTime is a new web browser for iPad built around two key features: the ability to quickly open multiple links in background tabs and desktop-class keyboard shortcuts.

END_OF_DOCUMENT_TOKEN_TO_BE_REPLACED

Here’s a strategy that you might consider trying: Prepare some tools which can, at the moment you’re ready, put all those tabs exactly where you need them so you can close those tabs. If most of those tabs are really your to-do list, line them up in one window and then get them into your actual to-do list. I’ve found that if your tools are easy to use, you’ll be more likely to make it a part of your routine.

Justin Lancy has created a great collection of tools to export browser tabs on a Mac. These tools include AppleScripts and downloadable Alfred and LaunchBar extensions, and they support apps like Evernote, OmniFocus, and Reminders – for both Safari and Chrome.

I have installed the Alfred extension to export a list of tabs to Evernote, and it works very well. Check out Justin’s tools for browser tabs here. 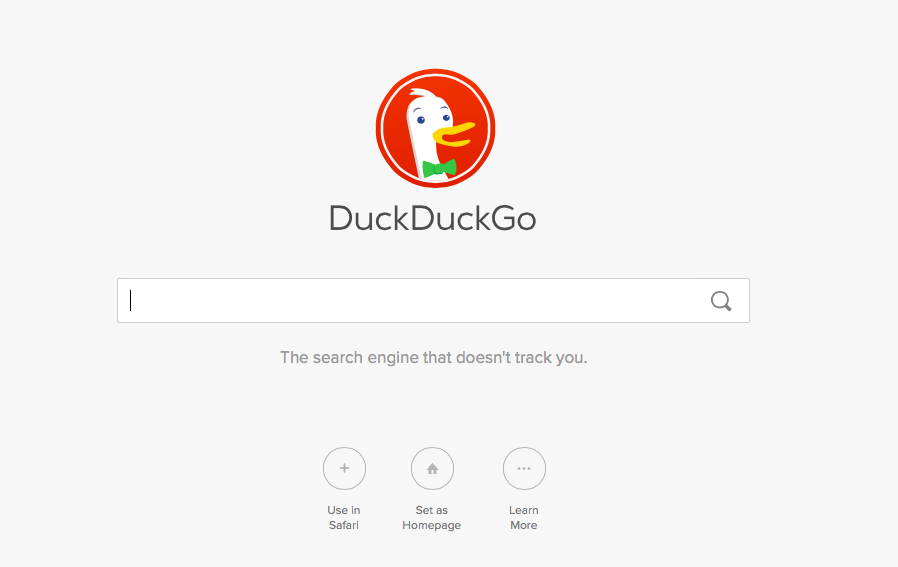 A few days ago, the team over at DuckDuckGo released a “reimagined and redesigned” DuckDuckGo at next.duckduckgo.com. Besides shipping a visual makeover that looks great, they have focused on smarter answers, images, videos, auto-suggest, and more. END_OF_DOCUMENT_TOKEN_TO_BE_REPLACED 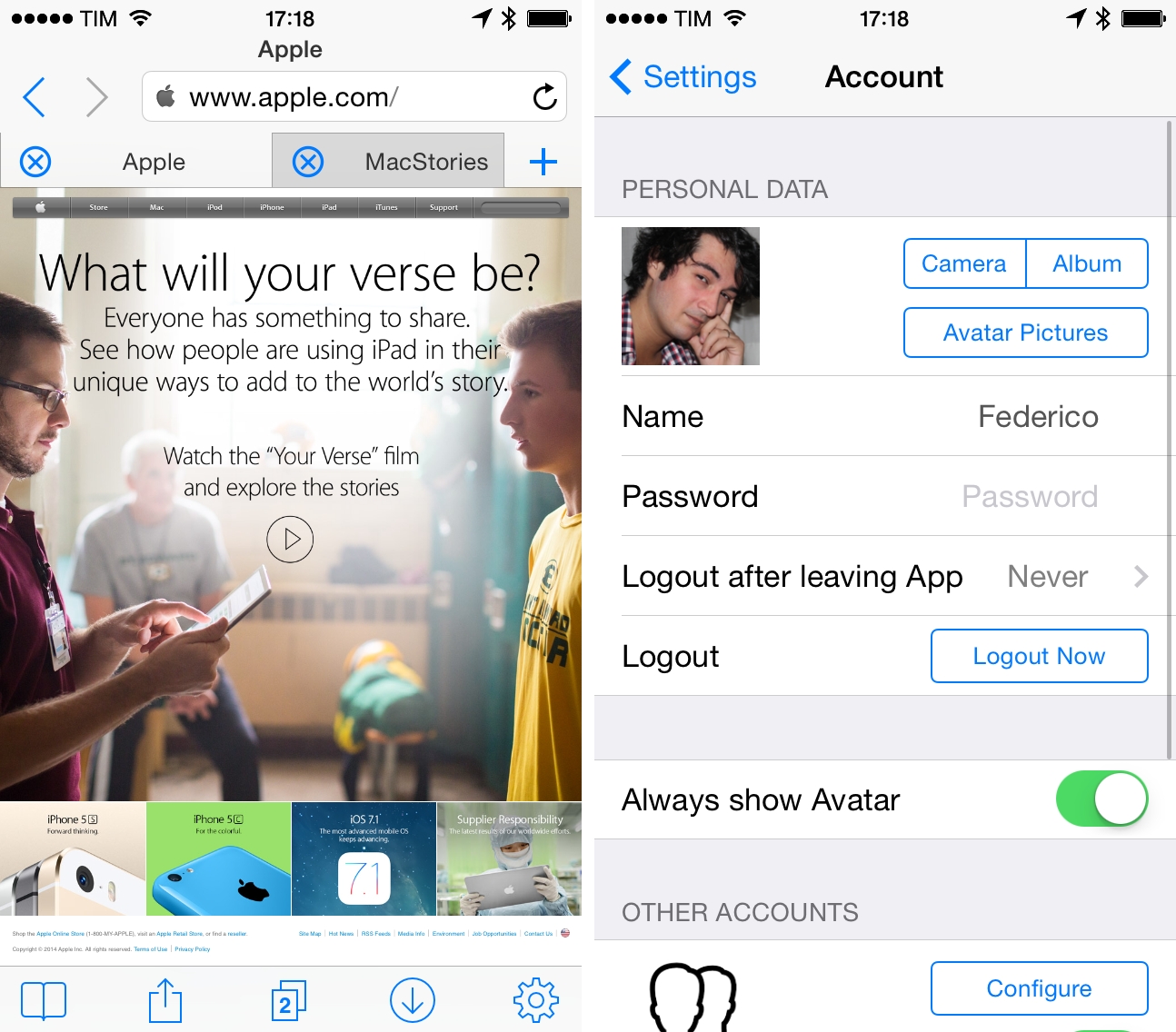 iCab has long been one of the most powerful third-party browsers for iOS, pioneering features such as extensive integration with x-callback-url for automation, sync through iCloud and Dropbox for bookmarks and a proprietary Reading List, and integration with many third-party services for read-later and bookmarking functionalities.

Last week, iCab was updated to version 8.0, which has brought a redesign for iOS 7 and a reorganization of the app’s Settings; according to developer Alexander Clauss, the app has also been completely rewritten, resulting in native support for 64-bit devices, background downloads (iCab’s download manager is one of the app’s marquee features), and overall faster performance under iOS 7.

END_OF_DOCUMENT_TOKEN_TO_BE_REPLACED 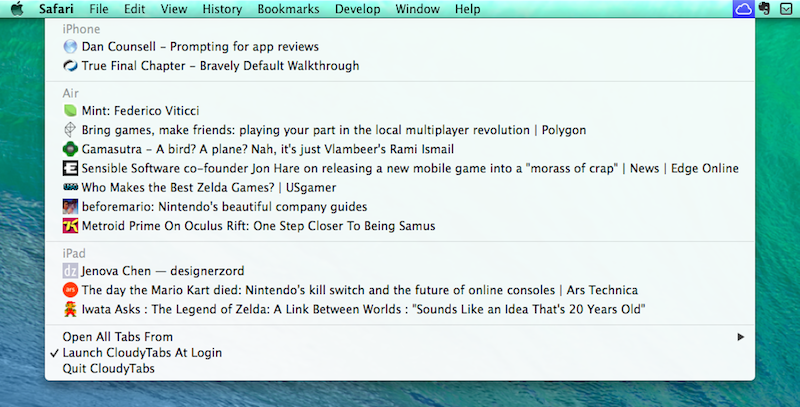 Since I switched to Safari as my primary browser, I’ve been enjoying the convenience of iCloud Tabs, which allow me to easily find webpages that I have open on my devices and re-open them anywhere, at any time. iCloud Tabs have been reliable and fast in my experience, and I cannot imagine going back to a browser that doesn’t have this sort of functionality.

The problem with iCloud Tabs is that they’re limited to Safari, so if you’re using Chrome or Firefox on OS X, you can’t access the tabs that you have open on your iPhone or iPad. For this reason, Josh Parnham has devised a simple and clever solution: CloudyTabs is a menu bar app that lists iCloud Tabs open on all your devices. CloudyTabs reads data from the .plist file that stores iCloud Tabs data on OS X, which is why the app isn’t available on the App Store and has been released on GitHub.

Once installed, CloudyTabs will need a few seconds to find open tabs and after that it’ll present a dropdown menu listing devices and webpages open on each one of them. You can CMD-click tabs to open them in the background in your default browser, and there’s a handy shortcut to open all tabs from a specific device at once. You can also type the first few letters of a tab’s title to select it.

If you don’t use Safari on OS X and wish there was a way to open iCloud Tabs without copying and pasting URLs, CloudyTabs gets the job done quite elegantly, and it’s free. You can download it here.