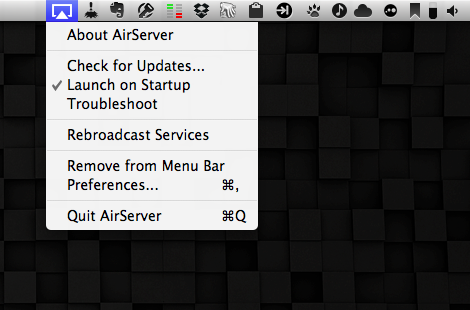 When I first reviewed AirServer for Mac back in May, what I saw was a very simple and fairly stable utility that allowed users to transmit audio, photos and videos from an iOS device to a Mac’s screen on a local network. Since the launch of AirPlay in November 2010, a number of unofficial apps and hacks have surfaced enabling users to enjoy Apple’s streaming technology on otherwise unsupported devices: AirServer aside, we’ve seen other apps to turn iOS devices into AirPlay receivers and even popular apps for the Mac adopt AirPlay’s streaming for music.

AirServer, initially released as a simple menubar app, has always been the app that aimed at bringing “AirPlay for everything” to the Mac since its first version. Whereas similar hacks from other developers focused on turning the Mac into a receiver for photos or video, AirServer has been improving on the concept of a standalone solution for sending anything via AirPlay from iOS to OS X. The app eventually made the leap to iOS for jailbroken devices, and gained initial iOS 5 and Lion support earlier this year.

With AirServer 3.0, released yesterday, the developers have completely re-engineered AirServer to fully take advantage of iOS 5’s AirPlay and Lion compatibility. I’ve tested the app last night, and it’s already working fine on the Golden Master releases of iOS 5 and OS X 10.7.2. Once you’ve installed AirServer 3.0 as a preference pane (it’s also got a new iCloud-like icon) and assigned a name to your Mac (the one that will show up in the list of AirPlay devices on iOS), you’ll be able to send music, photos and videos to your Mac. Unlike the previous versions of the app, however, support for AirPlay streaming has been dramatically improved: music never dropped on my connection, not even once, and it’s possible to send photos and music at the same time. Thanks to iOS 5, AirServer has integrated seamless streaming transitions between photos, slideshows and videos – the app supports AirPlay slideshows from the Photos app on iOS, including animations that will be displayed on your Mac’s screen as AirPlay switches between photos. The transition between songs, photos and slideshows is smooth and much more natural than AirServer 2. 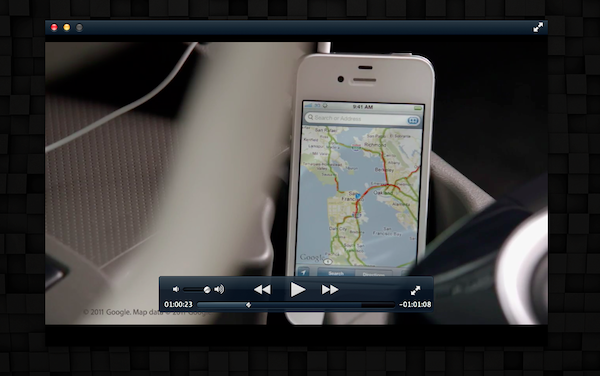 The big change in AirServer 3.0 is video streaming. With the new version the developers have replaced QuickTime Player with their own video player based off Perian, which is optimized for network streaming and multiple displays. I have tried the new AirPlay video streaming with several videos from my Camera Roll, YouTube and Safari, and it’s incredibly better than the old QuickTime-based streaming. The player looks nice, but more importantly it’s fast and loads videos coming from an iPhone or iPad much quicker than before. You can use the video player in full-screen mode, or resize its window to fill a portion of the screen.

At $7.99, AirServer is a complete solution to turn your Mac into an AirPlay receiver for music, photos and videos. Get it here.