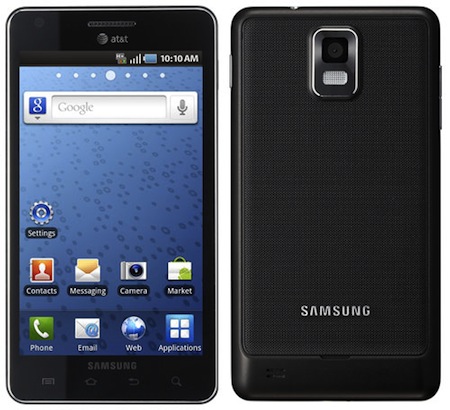 As noted by Cnet UK, the legal battle between Apple and Samsung – sued for allegedly copying the “look and feel” of the iPhone and iOS with its Galaxy devices – it’s far from over, with the Cupertino company now asking Samsung to hand over prototypes of unreleased phones and tablets for legal scrutiny. With the federal court ruling that Samsung will have to send these units to Apple’s legal team (and no one else within Apple will be able to see them, not even Apple’s own lawyers or hardware engineers), Samsung is being forced to send the unreleased Droid Charge, Galaxy Tab 8.9 and Galaxy Tab 10.1 to Apple, though the other two devices mentioned, the Infuse 4G and Galaxy S 2, have already been released publicly in the United Kingdom and United States, respectively.

Apple’s legal battle with Samsung has taken a new twist. The California outfit is suing the Korean corporation over alleged copying of Apple products in Samsung’s Android range, and a federal court is forcing Samsung to hand over samples of new phones for Apple to pore over.

Normally, there’d be three months before Samsung had to hand over samples, but San Jose Judge Lucy Koh has decided that Samsung has already been shooting its mouth off about the unreleased phones and can’t claim they’re secret models, Courthouse News reports. Apple points out that Samsung even gave away a Galaxy Tab 10.1 tablet to all 5,000 people at the recent Google I/O developer conference.

The judge was careful not to endorse Apple’s claims of infringement.

“Although the Court expresses no opinion on the merits of Apple’s claims, the Court notes that Apple has produced images of Samsung products and other evidence that provide a reasonable basis for Apple’s belief that Samsung’s new products are designed to mimic Apple’s products.”

The judge notes as a basis for her ruling that the design of Samsung’s cell phones is directly relevant to the infringement claims by Apple.

None of the devices are secret models or previously unseen units, actually: unlike Apple, Samsung has a different stance on “secrecy”, often showcasing upcoming smartphones and tablets months ahead of their launch, whilst Apple always prefers to keep new devices under wraps until they’re released or unveiled at special media events. Apple initially sued Samsung’s mobile division in April, claiming that with the Galaxy line of phones and tablets the company clearly copied the iPhone and iPad hardware, as well as user interface elements and packaging, causing confusion among consumers. Samsung fired back at Apple in the past weeks by countersuing in Europe and Asia first, then in the United States.