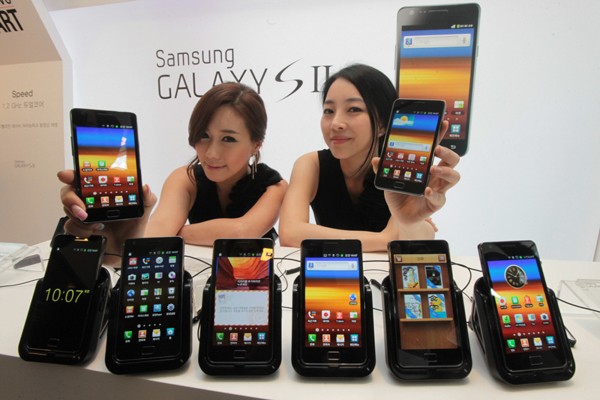 Samsung is not giving up. After countersuing Apple in Europe and Asia for patent infringement in technologies like power conservation and 3G data transmission as a legal action against Apple’s lawsuit (which claimed the company copied the iPhone and iPad “look & feel” with the Galaxy series devices), Samsung is now suing Apple in the United States as well, as reported by Bloomberg. According to Samsung, Apple is infringing 10 patents related to mobile phones with its iOS devices, and whilst it’s clear that Samsung is simply trying to defense itself and counterattack to Apple’s original lawsuit, it’s still interesting to notice the cellphone maker is committed to broadening the litigation to the US, with documents filed yesterday in federal court in San Jose, California.

In the U.S. complaint, Samsung accuses Apple of violating patents that “relate to fundamental innovations that increase mobile device reliability, efficiency, and quality, and improve user interface in mobile handsets and other products.”

The patented technology includes ways that a phone allows calls and Internet surfing at the same time; improvements in how text messages and attachments are sent; reductions in interference among mobile devices; and increases in the capacity of mobile networks, according to the complaint.

At the Q2 2011 earnings call, Apple’s COO Tim Cook said Samsung is an important partner to Apple’s supply chain (the company provides chips used in the iPhone and iPad), but he also stated that the mobile division of Samsung “crossed a line” and, after several attempts to resolve the situation without going to court, Apple felt like it was time to sue to protect their intellectual properties.

Samsung, which received the second-highest number of U.S. patents last year after International Business Machines Corp., is seeking an order to prevent further use of its innovations by Apple, plus cash compensation.

“Apple continues to violate Samsung’s patent rights by using these patented technologies without a license,” Samsung said in the lawsuit.

Both companies are trying to protect their IP by seeking orders to pay up for infringements and block further use of patented technologies, but as the lawsuits extends to outside the US and Samsung countersues Apple, we’ll only see a final decision or settlement years from now. But in the meantime, Samsung has decided that it’s time to move and sue Apple in its own territory.