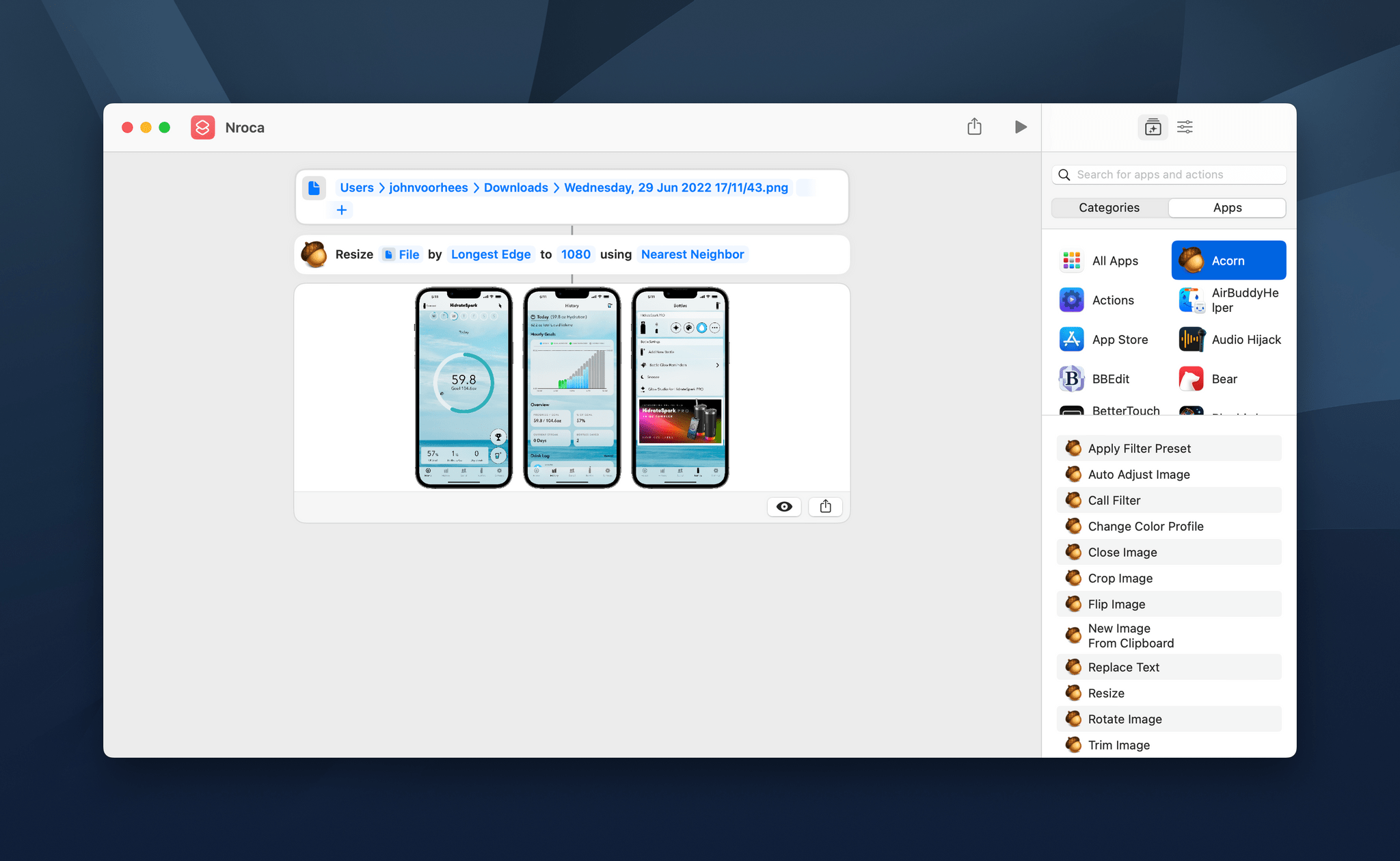 Photo editors are the perfect fit with automation tools because, so often, there’s a set of edits, filters, transformations, or file exports that you want to apply to multiple images. Many apps come with some sort of built-in batch processing tool, which is great, but supporting automation opens the door to integrating users’ photo editing processes with system features like Finder and other apps.

Earlier this year, Pixelmator Pro added deep Shortcuts integration, which opened up a long list of the app’s functionality via Shortcuts, enabling shortcuts like the machine learning-based super resolution one that Federico shared during Automation April. More recently, that app has been joined by Acorn, a Mac app with a long history of supporting automation with AppleScript and JavaScript support, as well as Automator actions. 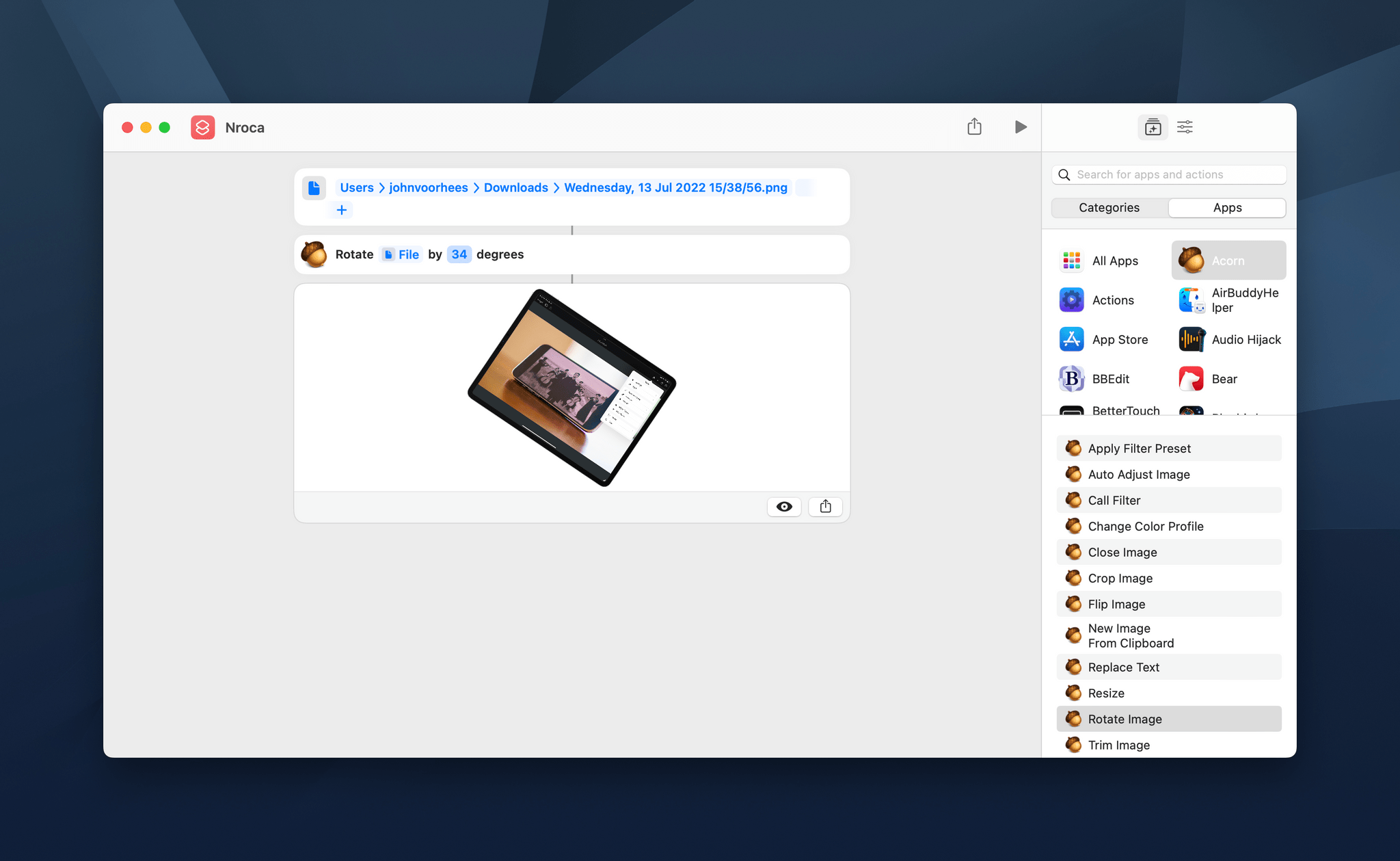 With the release of version 7.2 at the end of July, Acorn added its own deep catalog of Shortcuts actions for users, including actions to:

There’s some overlap with what can be done with other apps like Pixelmator Pro, but not as much as you might think. By combining Acorn’s actions with other system and third-party app actions, extremely sophisticated workflows that would take substantial time to complete one image at a time can be reduced to running a single shortcut, which, of course, is what Shortcuts and other automation schemes are all about.