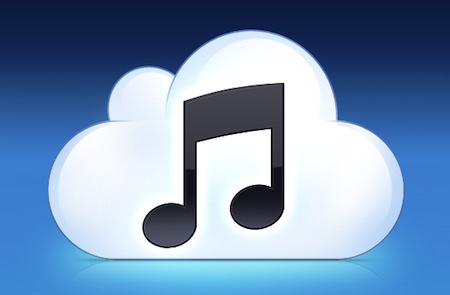 According to a new report by Cnet, multiple “music industry sources” have told the publication the four major music labels in the US (Warner Music Group, EMI, Sony, Universal) are hoping Apple’s rumored cloud music service will launch next month during the WWDC. The labels, Cnet reports, are counting on Apple to provide a full-featured music service with iTunes Store integration that would force competitors like Amazon and Google to start paying licensing fees for their “music locker” services, which allow users to upload songs to the cloud, but have in no way official support or backing from the labels. The labels are seemingly unhappy with Amazon and Google services as users might be able to upload songs they illegally downloaded from the Internet, and it also appears that Google transcodes some uploads to a new format (making a copy), thus raising some questions on copyright issues as well.

Apple is in a strong position to deliver a cloud service that allows for both uploading and streaming of songs thanks to deals negotiated with the labels. Last month, it was indeed reported that Apple had inked a deal with the Warner Music Group, with more labels to follow soon or already signed according to other rumors.

But the services offered by Amazon and Google are not all that they can be because those companies had to tippy-toe around copyright issues. Since neither company was either able or willing to obtain licenses from the four major labels, neither of them could deliver the same range of options that Apple will be able to offer with its upcoming cloud service, according to multiple music industry sources.

Lots of people at the four major labels, however, now hope the service launch at Apple’s Worldwide Developer Conference on June 7. The risk for the record labels is that the services from Amazon and Google could prove good enough for most music consumers and that the companies don’t feel compelled to upgrade.

The WWDC ‘11 kicks off on June 6 in San Francisco, and previous speculation suggested it would be a software-focused event with on-stage demoes of iOS 5 and OS X Lion. iOS 5 has been in the middle of a debate recently, mainly as to whether Apple will really showcase its new cloud offerings revolving around a revamped MobileMe or other functionalities such as voice recognition, postponing the launch of all cloud services to this Fall. Reuters reported a few weeks ago that work on Apple’s new music service had been finalized on the technical side, and Apple was simply completing the process of signing deals with music labels to offer both upload features and streaming of songs you don’t own, likely through a subscription system. Google launched its new “Music Beta” service yesterday and, similarly to Amazon’s Cloud Player, it allows users to upload songs and albums to an online locker, but doesn’t provide any sort of subscription à la Spotify to enable users to listen to music without uploading it first.