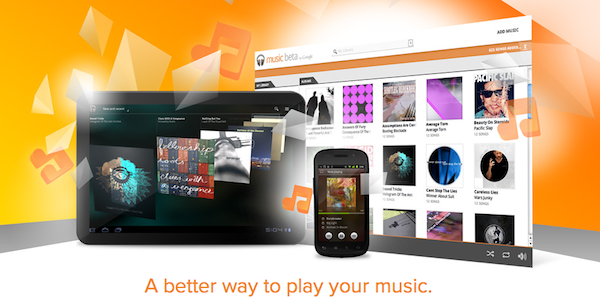 At its I/O conference earlier today, Google officially announced a new cloud service called “Music Beta” which, similarly to Amazon’s Cloud Player, allows users to upload their music collections and playlists to the company’s servers, and play them back anywhere on a web browser, tablet or smartphone. Like Amazon, Google’s service has a few limitations for now: it doesn’t come with a native iOS app as it’s only got an Android app for compatible smartphones and tablets, it requires Flash in some sections of the website and it’s restricted to US access only. Music Beta is, well, a beta product by Google, and it’s free for now – Google didn’t mention how much uploading and streaming 20,000 songs once the service hits stable status will cost you.

As detailed by MG Siegler at TechCrunch, Music Beta comes with a native Mac uploader that can look through your iTunes library and playlists or hard drive contents to find songs and albums to upload. On desktop browsers, MG Siegler says Flash is required for playback as indeed a screenshot of a technical error seems to prove, whilst Cnet claims Music Beta can stream songs on iOS devices as well, without Flash, using Mobile Safari. It was discovered a few days ago that Amazon’s Cloud Player quietly rolled out iOS Safari support, and it’s unclear at this point whether Music Beta really works on iPhones or iPads, meaning Flash is only required for some transitions and animations. As more users are invited to try the product, we’ll make sure to check Mobile Safari compatibility. 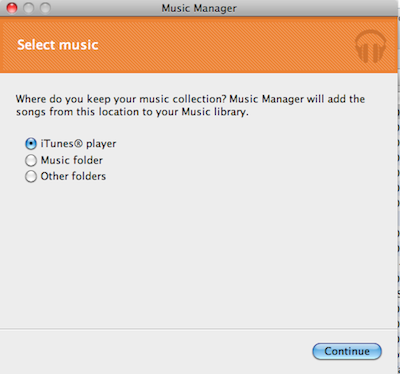 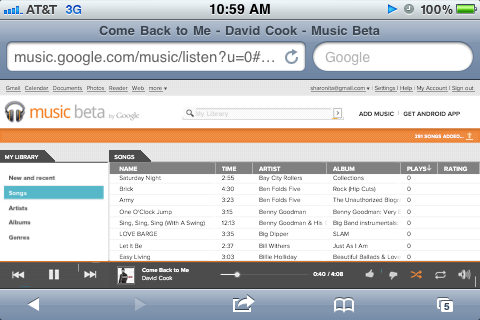 Android users can download and install the Music app on their phones immediately, but won’t be able to access all the features, including the Music manager desktop app, until Google grants them an invitation.

Now what about iOS users?

When Amazon launched Cloud Player, iOS users were also ignored, but the interwebs quickly found workaround. In the same spirit, here’s how to use Google Music on your iPhone, iPad, or iPod Touch.

Apple is rumored to be preparing a big cloud announcement for next month’s WWDC in San Francisco, presumably introducing a new music service similar to Google’s and Amazon’s, but with full music label support and iTunes Store integration for easy over the air purchases and, according to the rumors, monthly and annual subscriptions, in a model similar to music streaming service Spotify, widely regarded as one of Apple’s biggest competitors in the cloud music scene.