Update: We’re hearing the first changes in Lion DP 3 include a new boot animation, new graphical elements in the Finder’s toolbar, new desktop wallpapers and the Reading List, now enabled in Safari. The Reading List’s button sits in the bookmarks bar, and can be enabled from Safari’s Preferences. Reading List items don’t synchronize via MobileMe for now nor do they appear in the bookmarks manager once saved, but there’s the possibility Apple will make them compatible with MobileMe in the future. MacRumors has more screenshots here. 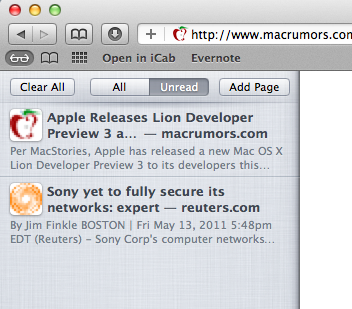 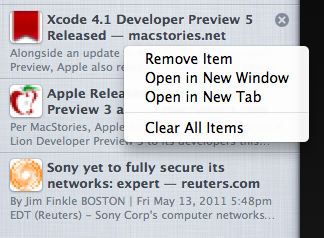 Update #2: It’s All Tech has a detailed list of changes and screenshots from Lion Developer Preview 3:

New options when right-clicking (this appears to be buggy at this time):

Compatibility to external displays has been improved( especially in Mission Control)

There is now a Mission Control app

In the screenshot below, Lion’s new way to manage open applications and create new Spaces (or “Desktops) within the Mission Control UI. You can drag apps into Spaces as well.

Via MacRumors Forums, Finder’s new button to create a new folder in a specific location: