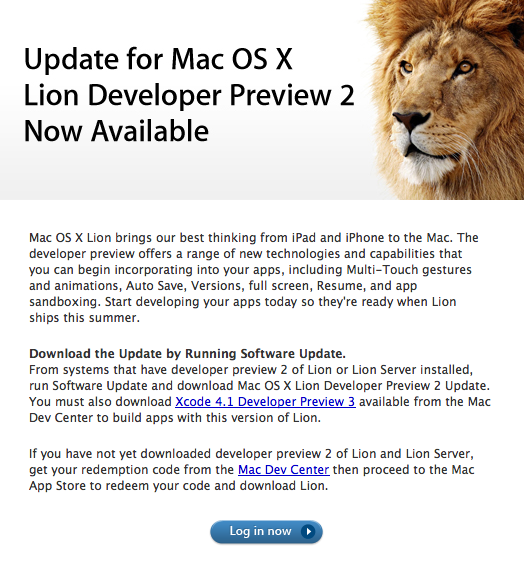 Apple just informed registered OS X developers that an update to the OS X Lion Developer Preview 2 is now available. The update can be downloaded from Software Update on computers that have DP 2 already installed.

From systems that have developer preview 2 of Lion or Lion Server installed, run Software Update and download Mac OS X Lion Developer Preview 2 Update. You must also download Xcode 4.1 Developer Preview 3 available from the Mac Dev Center to build apps with this version of Lion.

If you have not yet downloaded developer preview 2 of Lion and Lion Server, get your redemption code from the Mac Dev Center then proceed to the Mac App Store to redeem your code and download Lion.

Update: from the changelog, Apple says this update is recommended to all users running Lion Developer Preview 2.