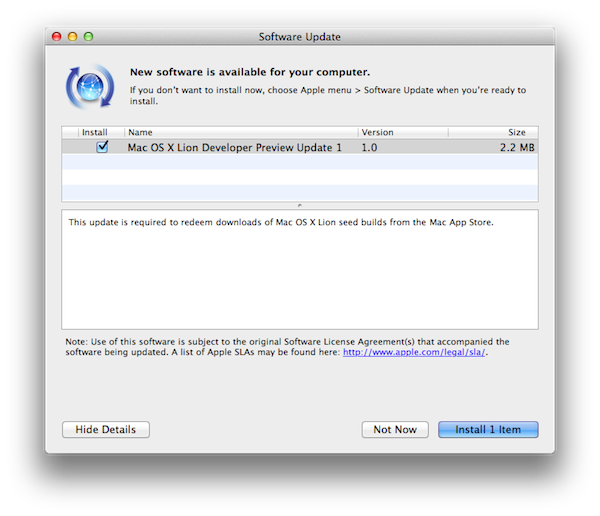 As noted by iClarified, Apple just released a first update for the OS X Lion developer preview in Software Update. A few days ago, TechCrunch reported Apple was getting ready to seed a GM build of Mac OS X Lion, and while this build isn’t touted as “golden master” to developers, it appears that the sources close to TechCrunch were right about Lion moving forward in the development stages.

The changelog indeed suggests this is only an update aimed at allowing developers to download new builds from the Mac App Store in the future:

This update is required to redeem downloads of Mac OS X Lion seed builds from the Mac App Store.

We’ll update this post with changes as more details come in.