Apple has just published their financial results for Q1 2016 for the quarter that ended in December 2015. The company posted revenue of $75.9 billion. The company sold 16.1 million iPads, 74.8 million iPhones, and 5.3 million Macs, earning a quarterly net profit of $18.4 billion.

“Our team delivered Apple’s biggest quarter ever, thanks to the world’s most innovative products and all-time record sales of iPhone, Apple Watch and Apple TV,” said Tim Cook, Apple’s CEO. “The growth of our Services business accelerated during the quarter to produce record results, and our installed base recently crossed a major milestone of one billion active devices.”

“Our record sales and strong margins drove all-time records for net income and EPS in spite of a very difficult macroeconomic environment,” said Luca Maestri, Apple’s CFO. “We generated operating cash flow of $27.5 billion during the quarter, and returned over $9 billion to investors through share repurchases and dividends. We have now completed $153 billion of our $200 billion capital return program.”

For the first time, Apple has included supplemental material alongside its financial results, noting that “in constant currency, Q1’16 revenue would have been $5 billion higher”. “$100 of Apple’s non-U.S. dollar revenue in Q4’14 translates into only $85 U.S. dollars today”, the company noted in a document available here.

This week, Fortune surveyed a number of institutional and independent Apple analysts, and found that the average prediction was for Apple to earn $77.15 billion in revenue and an earnings per share of $3.29. The analysts estimated that Apple sold 76.3 million iPhones, 17.8 million iPads, 5.8 million Macs and 5.45 million Watches in Q1 2016.

Two thirds of Apple’s revenues are now generated outside of the United States.

Apple saw a greater number of Android switchers than ever in Q1. The company also had the best quarter ever for sales in China.

Best quarter “by far” for Apple TV sales. Today there are over 3600 tvOS apps on the Apple TV App Store.

There are now over 5 million contactless payment locations in the countries where Apple Pay is available.

Over 10 million people have subscribed to Apple Music.

“We have the mother of all balance sheets”. – Tim Cook

Apple’s installed base has crossed 1 billion active devices for the first time. This has caused an acceleration in the growth of Apple’s services business.

An active device is a device that has engaged with Apple services over the past 90 days, says CFO Luca Maestri.

Apple saw 76% growth in India during the quarter.

iPad has captured 67% of the commercial tablet market for entertainment, education, and government use.

Revenue from the App Store grew 27%, while customers grew 18% in the quarter.

“I don’t think VR is a niche, it’s really cool and has some interesting applications”. – Tim Cook 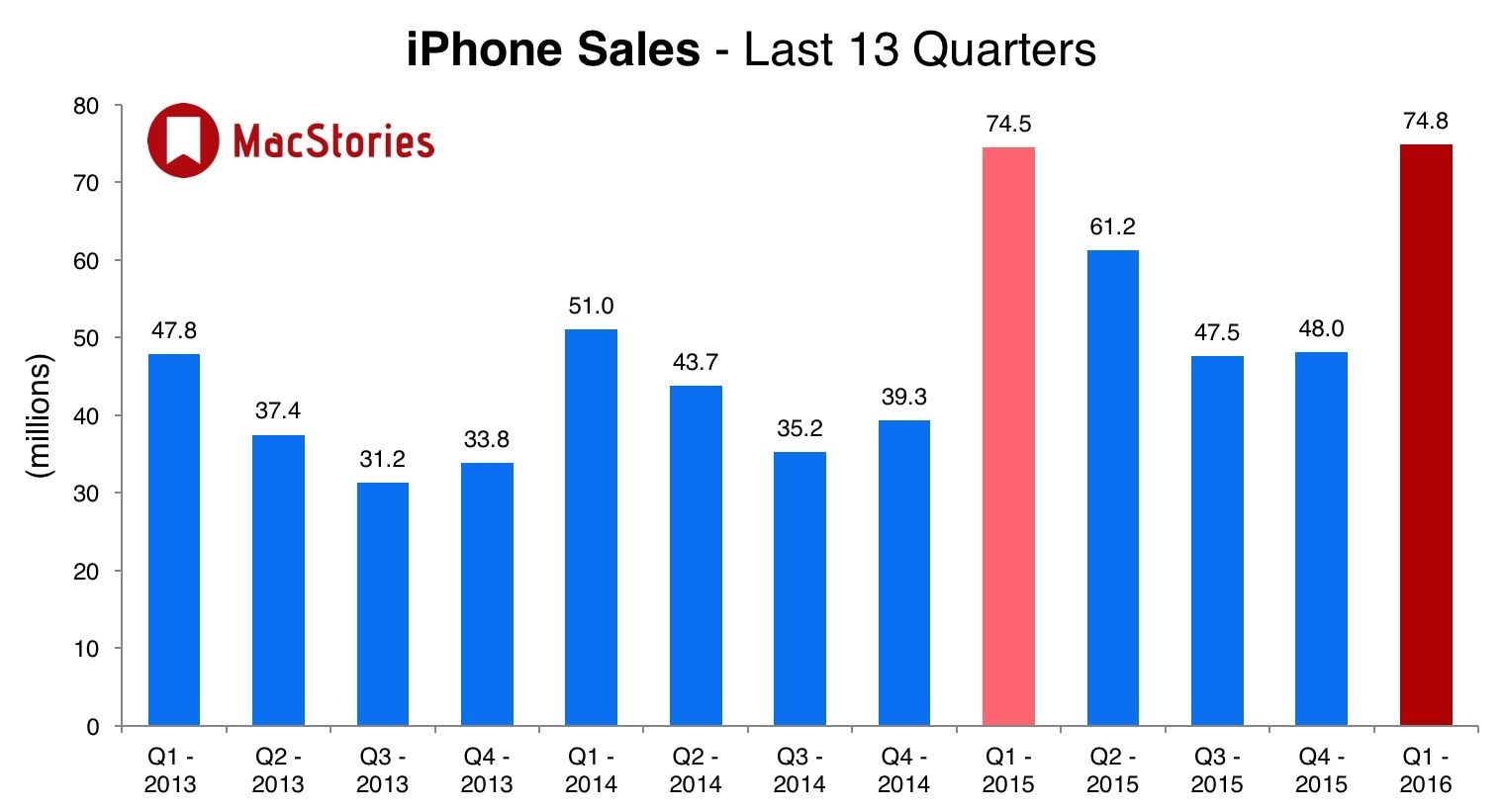 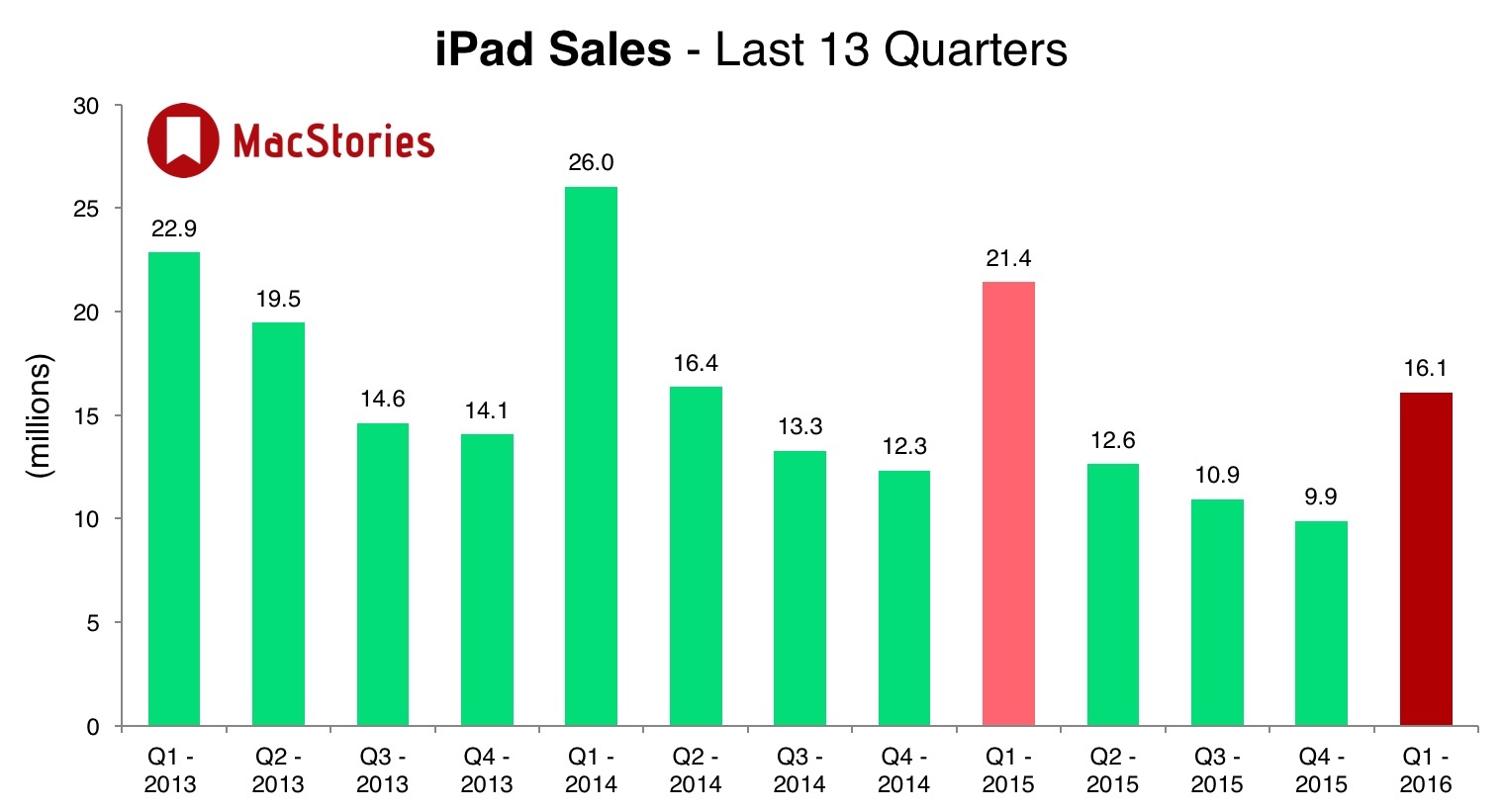 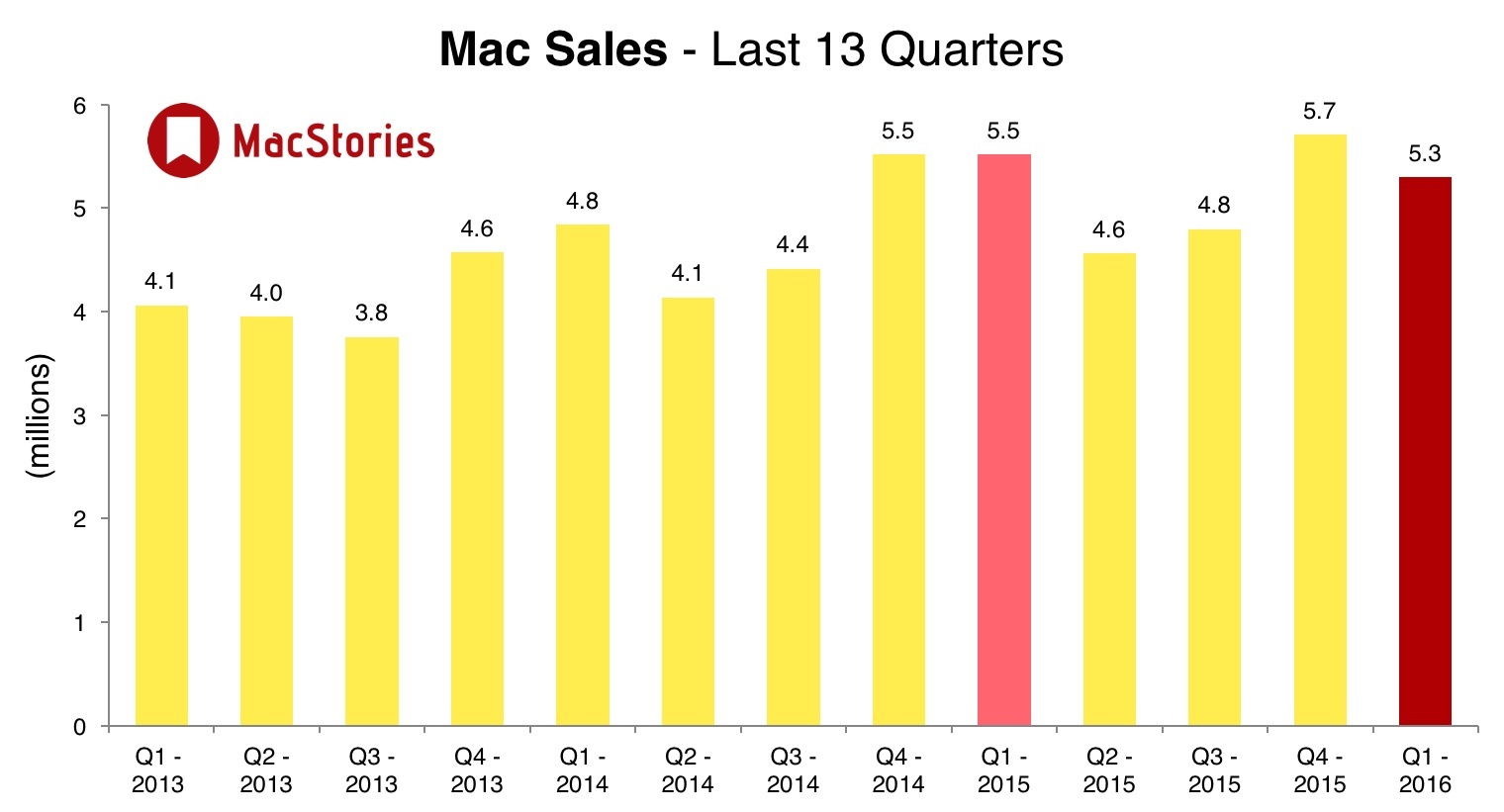 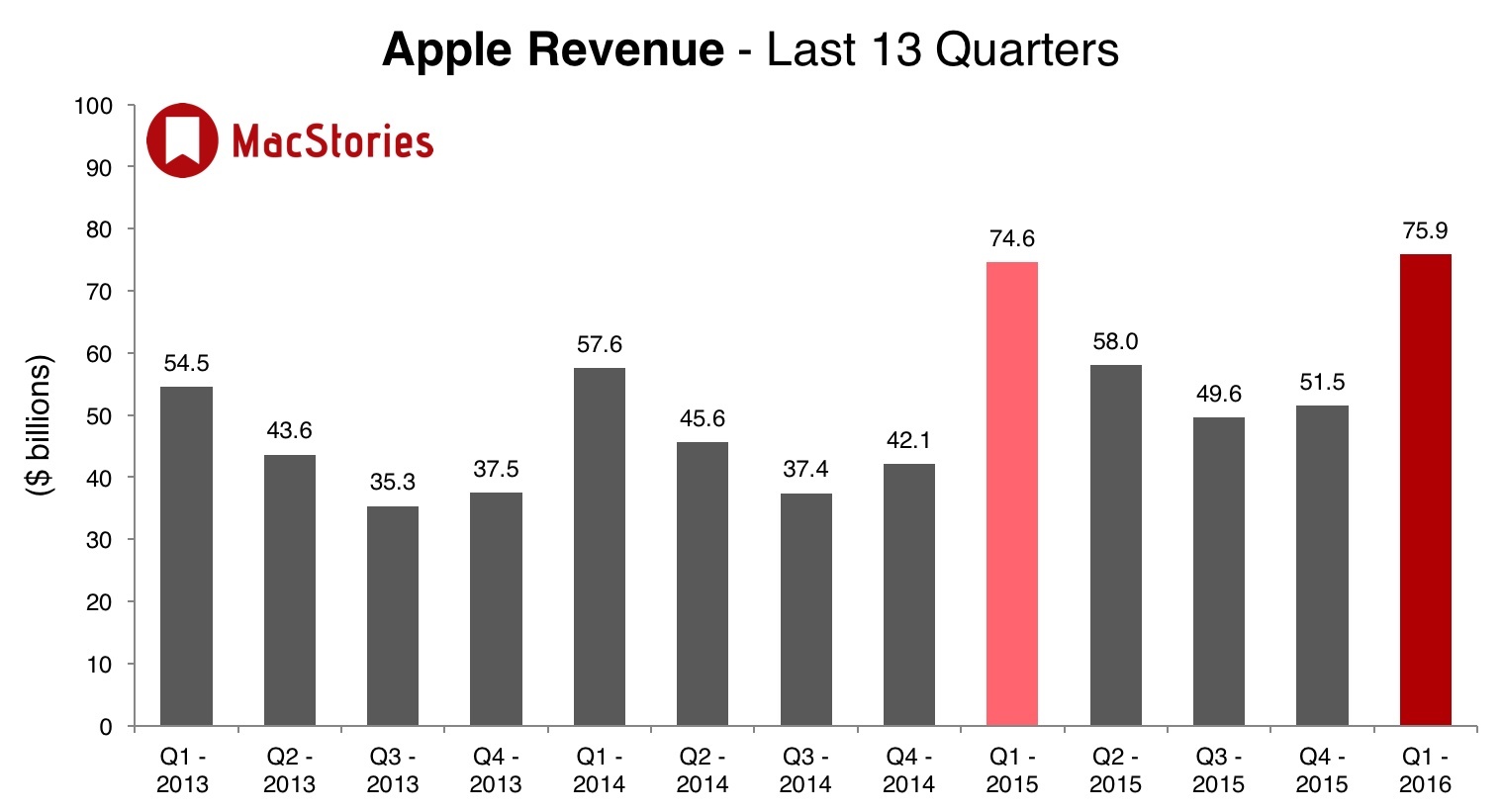 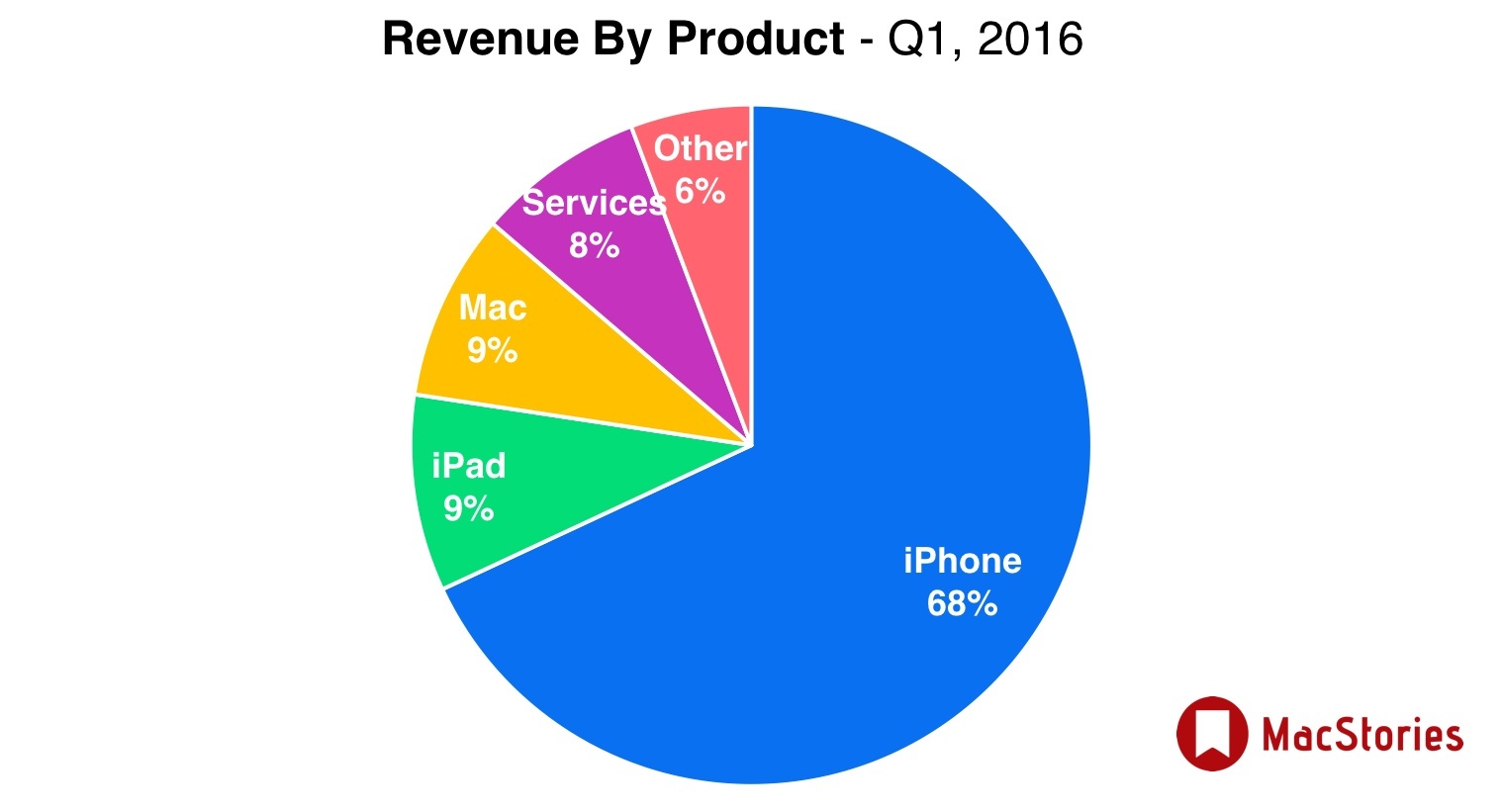 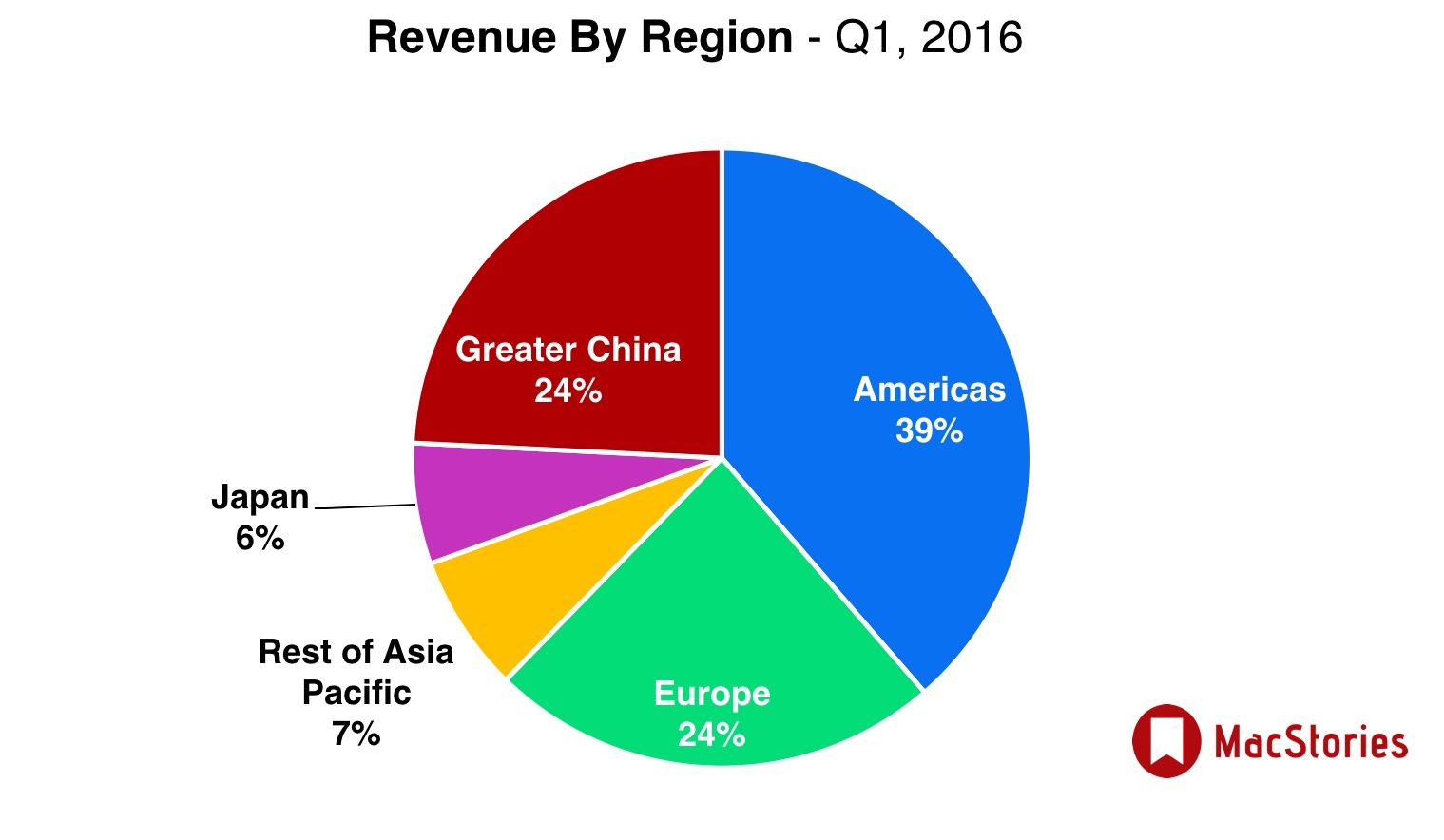 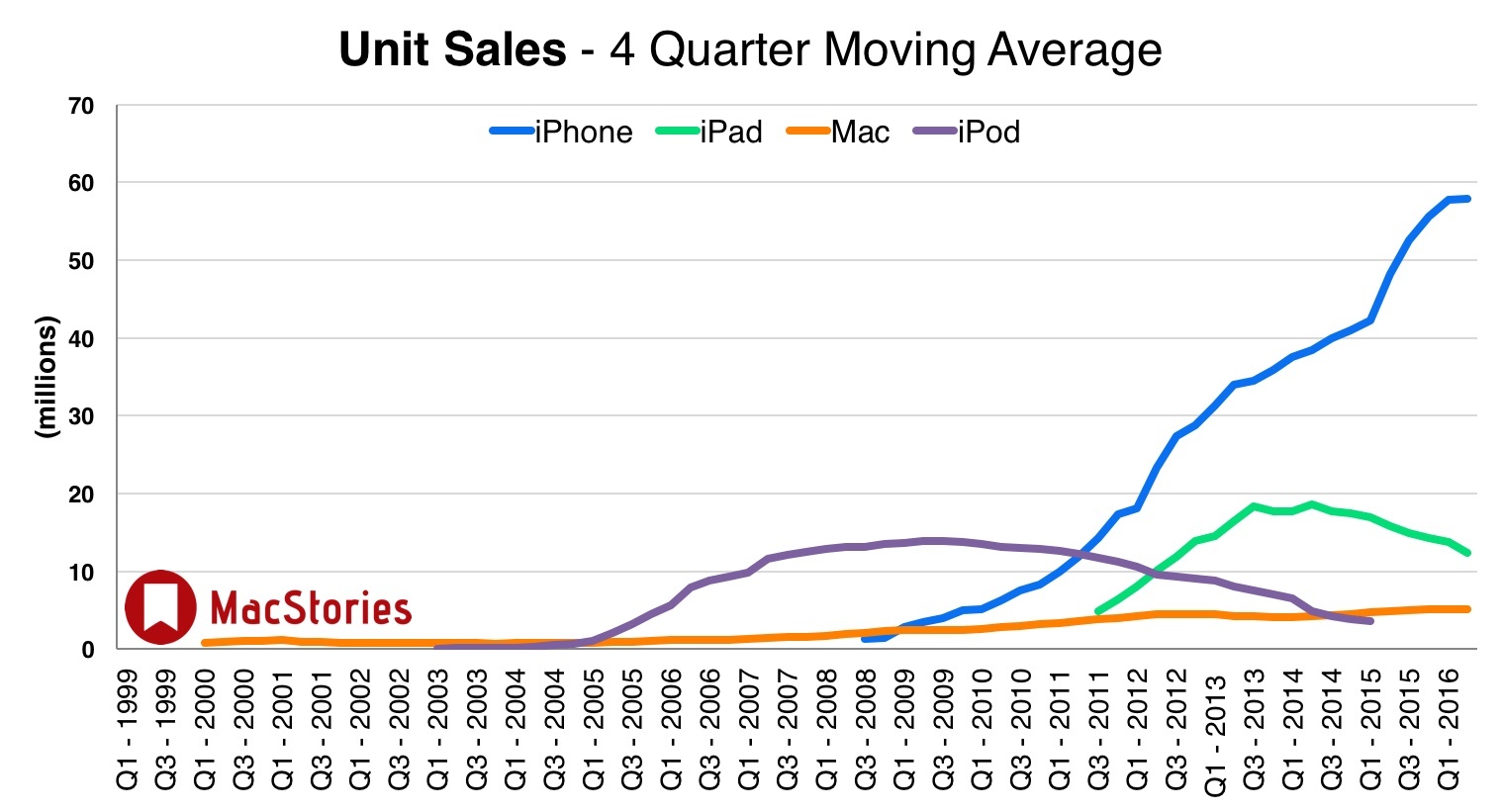 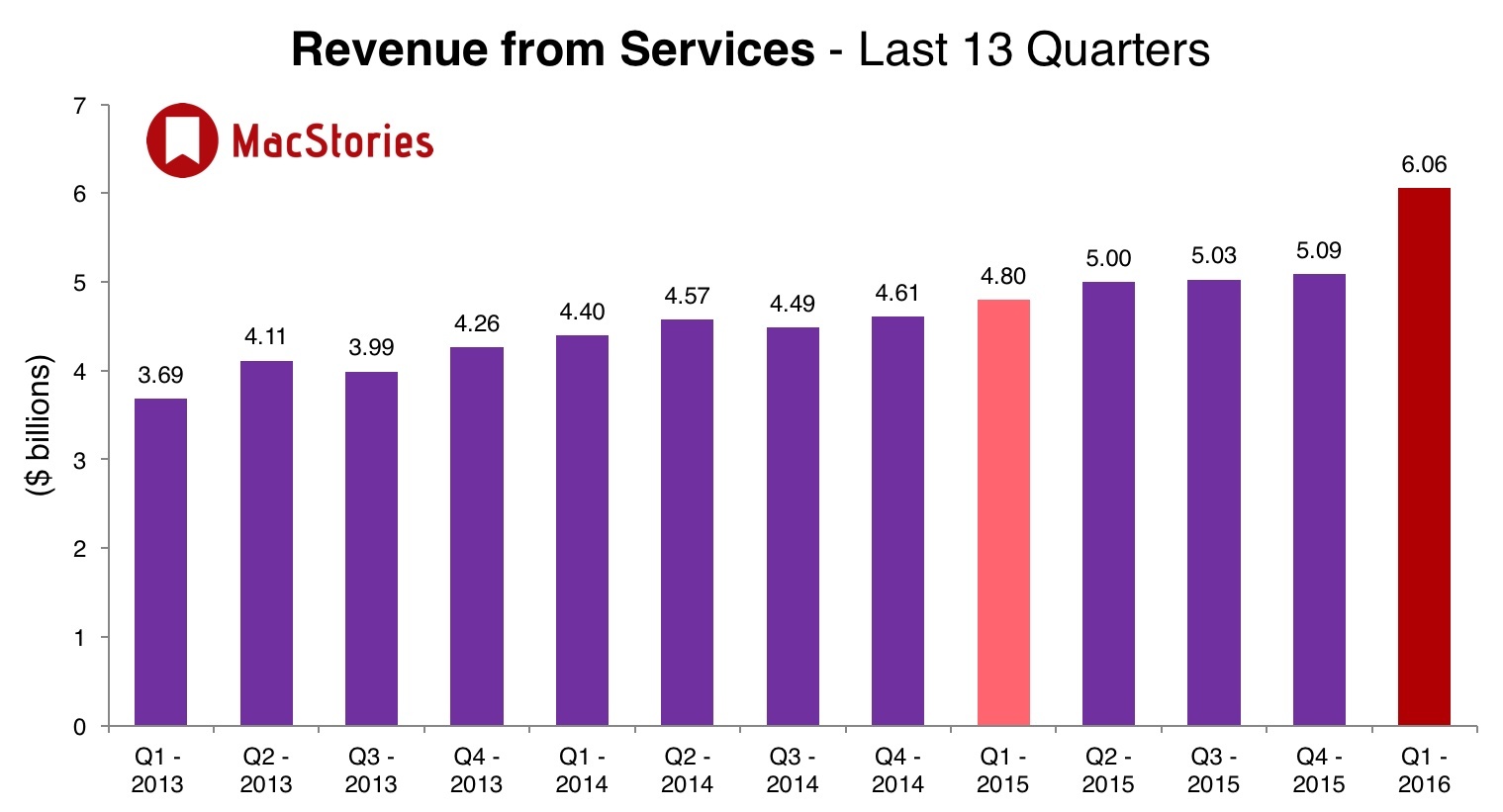 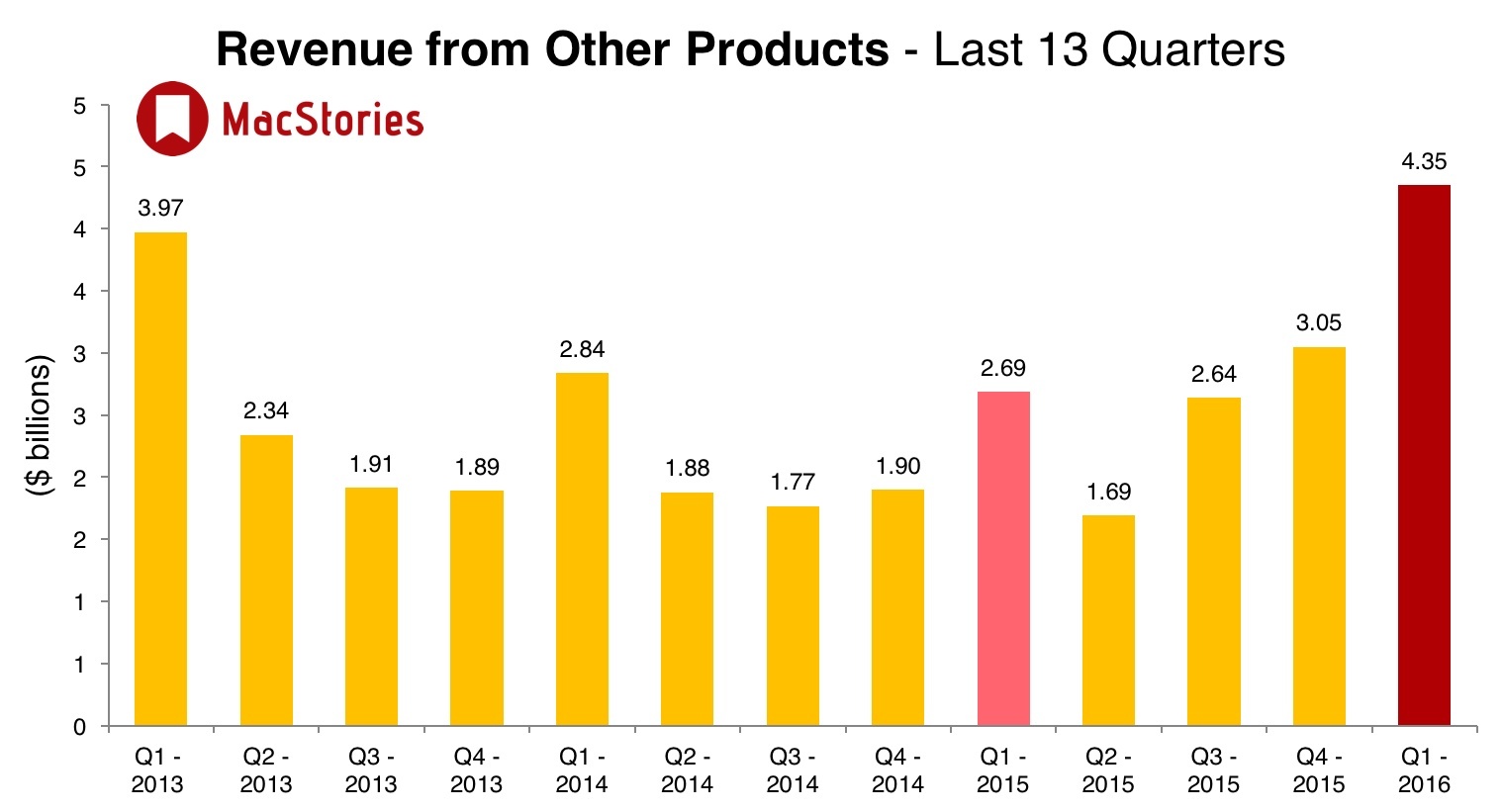 Below, a collection of the most interesting tweets about Apple’s Q1 2016 results.

The Apple roller-coaster - growth goes back down again. pic.twitter.com/Z0fFxjN6ir

A full page dedicated to the active user base in the supplemental material. 1 billion Apple users! Muahahahaha. pic.twitter.com/OK1aZuo8jz

My estimate on Watch sales is about 5.5 million units during Q4. 12.4 million to date.

Average selling prices for Macs for the quarter came in around $1270, in case you’re wondering how expensive most Macs sold are.

In 2015, Greater China raced to become the most important market for Apple Prediction: will surpass USA in 2016 pic.twitter.com/FSf8fHuahM