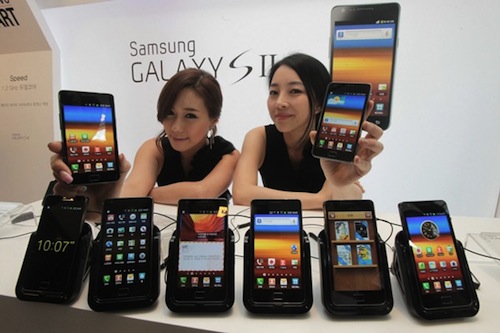 The patent litigation between Apple and Samsung revealed interesting details at a hearing on Friday in a San Jose, Calif. federal court, where U.S. Judge Lucy Koh asked representatives of the two companies if it was possible to “get along”, ironically promising to send them a box of chocolate, Reuters reports. In mentioning the relationship between the two companies (Samsung provides electronic components for some of Apple devices including the iPhone and iPad), Judge Koh also asked if there was a chance to get executives from Apple and Samsung in a meeting, with Apple attorney Harold McElhinn effectively confirming that the case got the attention of high-level executives, who have been meeting and talking over the lawsuits filed against each other in Europe, Asia, and the United States.

At a hearing on Friday in a San Jose, Calif. federal court, U.S. District Judge Lucy Koh referenced the close business relationship between the two companies. “Can’t we all just get along here?” asked Koh, who suggested the companies try to resolve the case through alternative dispute resolution outside of court.

“I will send you with box of chocolates, whatever,” Koh said.

Additional details weren’t provided by Apple or Samsung attorneys. The patent litigation between the two companies started back in April, when Apple sued Samsung over the look and feel of the Galaxy devices running the Android operating system with Samsung’s custom graphical skin. As Samsung began filing countersuits in Asia, Europe and later the United States, Apple then asked the court Samsung should hand over prototypes of the Droid Charge, Galaxy Tab 8.9, Galaxy Tab 10.1, Infuse 4G and Galaxy S 2 to Apple’s external legal team for evaluation in regards to the lawsuit. Samsung fired back by asking to see production units of the unannounced and unreleased iPhone 5 and iPad 3. Most recently, Apple extended the patent infringement claims to other Samsung devices and said the company (described as “the copyist”) is trying to harass Apple by demanding production of trade secrets.