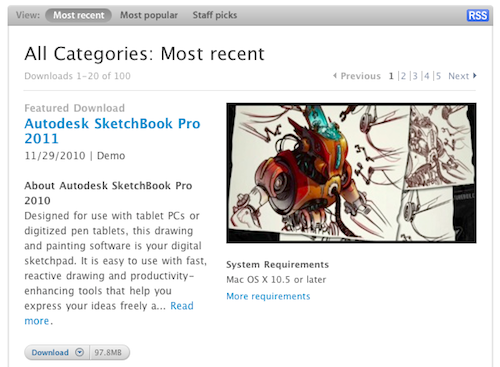 Well, we all knew this was going to happen sooner or later. Apple is shutting down the OS X Downloads page, in lieu of the Mac App Store which is launching on January 6th. Here’s the email Apple just sent out to Mac developers:

Thank you for making the Mac OS X Download site a great destination with apps that offer users new ways to work, play, learn, and create on their Mac.

We recently announced that on January 6, 2011, the Mac App Store will open to users around the world, presenting you with an exciting, new opportunity to reach millions of customers. Since the introduction of the App Store in 2008, we’ve been thrilled with the incredible support from developers and the enthusiastic response from users. Now we’re bringing the revolutionary experience of the App Store to Mac OS X.

We appreciate your support of the Mac platform and hope you’ll take advantage of this new opportunity to showcase your apps to even more users. To learn how you can offer your apps on the Mac App Store, visit the Apple Developer website at http://developer.apple.com/programs/mac.

The Mac OS X Downloads website provided for years a way for developers to showcase their Mac apps for free to the large audience of Apple’s website. It also served as a great way to get new Mac users started on third-part software for OS X. Clearly Apple thinks this is all going to change with the Mac App Store, which will be included in a Software Update for all Snow Leopard users.

No details have been provided about other categories of software currently promoted on the Downloads site, such as Automator workflows and Dashboard widgets.