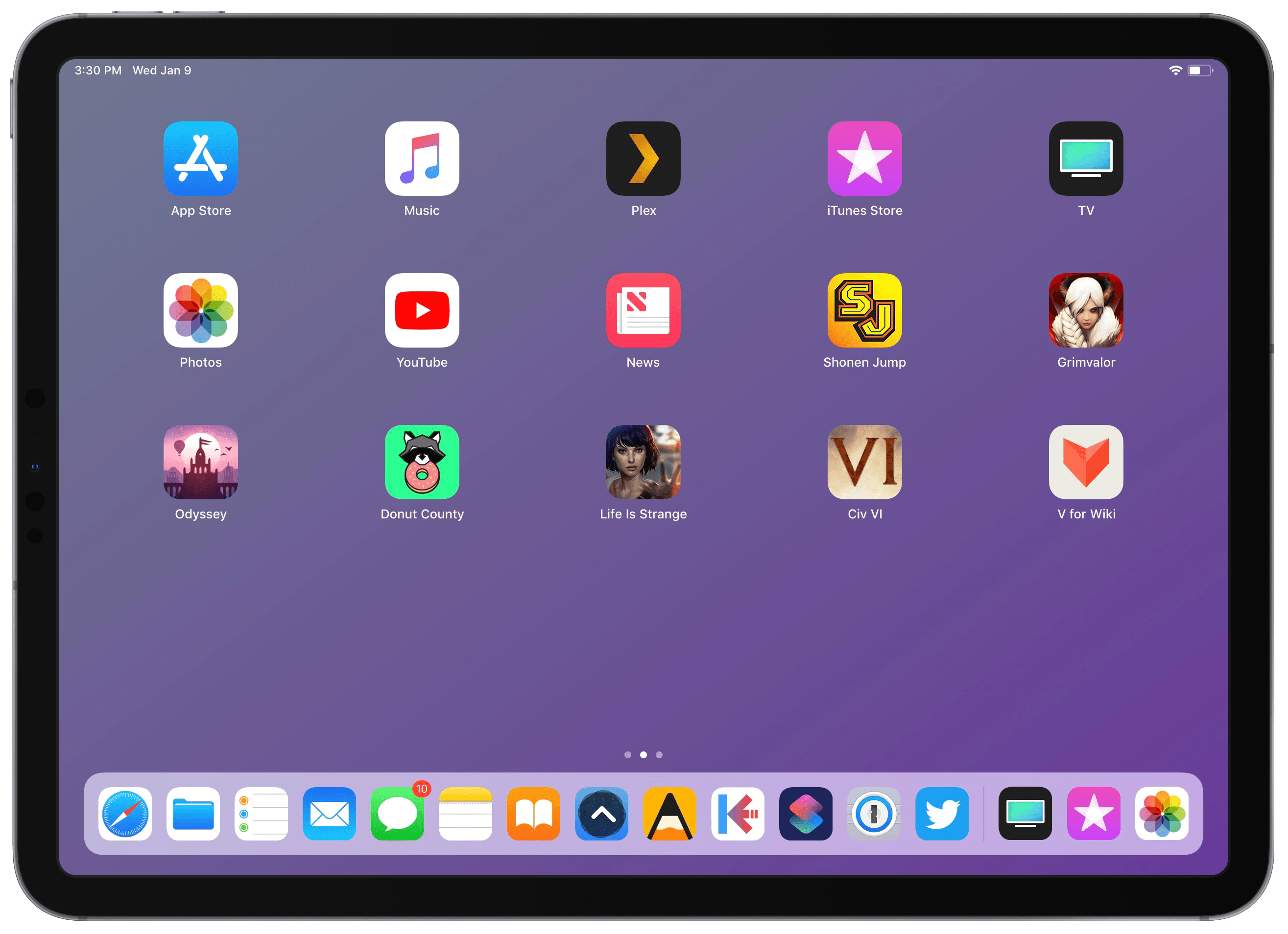 Apple Frames, my shortcut to add device frames to screenshots taken on modern Apple devices, has been updated with support for the 11” iPad Pro and 40mm Apple Watch Series 4. This marks the second major update to Apple Frames, which now supports the following Apple devices:

For iOS devices, Apple Frames works with both landscape and portrait screenshots, but doesn’t support iPhone screenshots taken with Display Zoom enabled. As I detailed in the original post, if you pick multiple screenshots when running the shortcut, their framed versions will be combined in a single image at the end.

I bought an 11” iPad Pro to use as a media/gaming device last month (I’ll talk about this on Connected soon), and I was annoyed by the inability to frame its screenshots with my shortcut because, as I noted at the time, Apple’s Marketing mini-site didn’t provide product images for the smaller iPad Pro. As it turns out, however, I was looking in the wrong place. Apple’s UI Design Resources for iOS, which can be downloaded here, do offer an official iPad Pro 11” template for designers and developers who want to test their interfaces inside a “real” device frame or who need to put together marketing assets for their apps. As with all the other device images included in Apple Frames, Silvia adapted Apple’s assets to work with Shortcuts and you won’t have to download or install anything. After we discovered where the 11” iPad Pro assets were located, we downloaded the watchOS UI resources and adapted the 40mm Apple Watch frame to the shortcut as well.

At this point, I’m quite happy with the performance and flexibility of Apple Frames and I don’t see any other major updates on the horizon. The only missing device is the iPhone XR, but Apple has not posted official frames for the device anywhere yet. If that changes, I’ll make sure to update the shortcut accordingly.

In the meantime, you can download the latest version of Apple Frames (with an iOS-only version too) below.