With a press release published this morning, Apple has announced they have updated the MacBook Pro and MacBook Air lines with new prices and faster processors.

In the first fiscal quarter of 2013, Apple sold 4.1 million Macs. It’s unclear whether Apple might have been able to lower the prices of Retina MacBook Pro (while offering faster performances) due to possible reductions of component prices (i.e. high-resolution displays), but the timing is interesting: just a few days ago, Apple and other tech companies (such as Adobe) were summoned to appear before the Federal Australian Parliamentary Committee that has been investigating IT pricing in Australia. In response to the inquiry, Adobe promptly dropped the price of its Creative Cloud service. 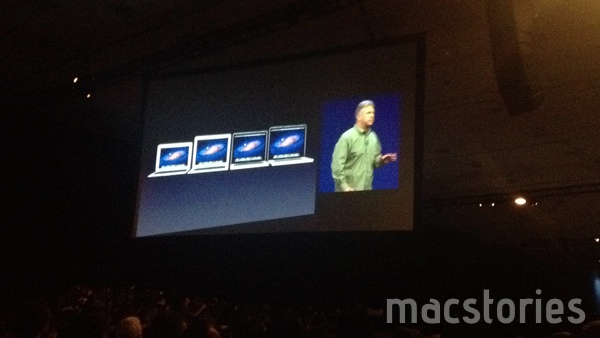 The updated MacBook Airs start shipping today. Customers who purchase a MacBook Air will be eligible for a free upgrade to Mountain Lion when it’s released. You’ll find the full press release after the break.

END_OF_DOCUMENT_TOKEN_TO_BE_REPLACED 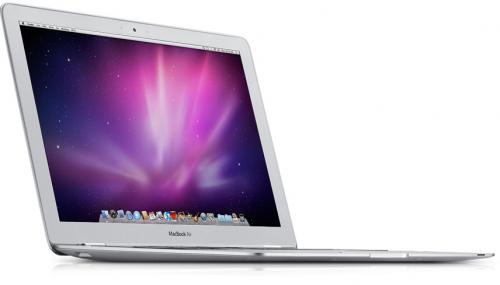 Rumor has it that Apple’s current lineup is going to be refreshed early next year with a new addition to the Air family. Digitimes reports that panel suppliers are currently pumping out 11.6-inch, 13.3-inch, and 15-inch displays for inclusion in the next lineup of MacBook Airs.

I wouldn’t be surprised if Apple added a big brother to the MacBook Air family. Morgan Stanely and NPD figures are estimating that the MacBook Air now accounts for 28% of Apple’s notebook shipments as of October. MacBook Airs are selling in volumes.

Apple’s 11-inch and 13-inch MacBook Airs were last updated in July with Sandy Bridge processors and the inclusion of Thunderbolt.

It wasn’t known at the time if the 15-inch model was for a slimmer MacBook Pro or an updated MacBook Air. It looks like the rumors are pointing towards the latter, and it would make sense given the popularity of Apple’s ultralight laptops. It’s previously been suggest thated Apple’s line of MacBook Pros would get thinner sooner than later, but it’s possible Apple’s going to offer a bigger Air before the Pros are reinvented. [Digitimes via Macgasm] 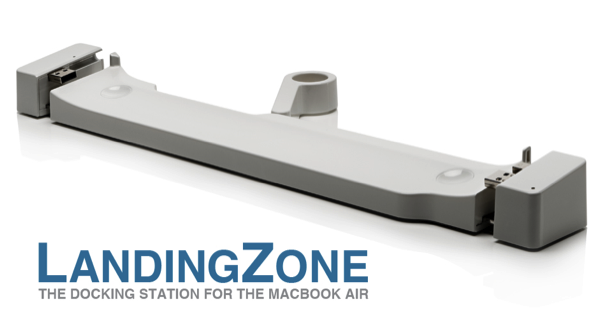 Everybody loves their MacBook Airs until they have to connect their Apple Thunderbolt Displays or external monitors, no thanks to the required connections on opposite sides of the chassis. I find it funny Apple would launch a MacBook that requires one to stretch the ATD cable around both sides of a laptop. Surely someone would come along and fix it.

InfiniWing’s LandingZone is a docking station for the MacBook Air thas aims to practically solve the hassle of connecting multiple cords and cables as you sit down at your desk. LandingZone adds two additional USB ports to the Air, includes an ethernet port and Mini DisplayPort for connecting to office equipment, has a port compatible with Kensington Locks, and includes a housing to secure your MagSafe adapter for charging the MacBook Air while it’s seated (power is still supplied via Apple’s MagSafe Power Adapter). As cables are routed out the back, you’ll have a cleaner desk to work on and more ports to connect USB drives, wired keyboards, and other peripherals to.

LandingZone is brilliantly simple, featuring a latch mechanism that clamps the hub to the required ports on either side of the MacBook. As the video on Kickstarter (which is one of the best Kickstarter videos I’ve seen to date) will show off, you simply lock and unlock the MacBook Air with an elegant lever at the backside. LandingZone is everything you’d likely want in a docking station without the bulk of traditional laptop docks. It’s small, smartly designed, and looks good.

END_OF_DOCUMENT_TOKEN_TO_BE_REPLACED

Earlier today Apple released an EFI Firmware Update for the MacBook Air, which reaches version 2.1 and adds a number of fixes for Thunderbolt Displays and Target Disk Mode. Too, the update enhances performances of Lion Recovery when used through an Internet connection (to re-download Lion from Apple’s servers).

The MacBook Air EFI Update will update the EFI firmware on your notebook computer. Your computer’s power cord must be connected and plugged into a working power source. When your MacBookAir restarts, a gray screen will appear with a status bar to indicate the progress of the update. It will take several minutes for the update to complete. Do not disturb or shut off the power on your MacBookAir during this update.

The new MacBook Airs were released on July 20, alongside the announcement of the new Apple Thunderbolt Display (the renamed Cinema Display), which packs Thunderbolt alongside an Ethernet port to allow for easy daisy-chaining of peripherals and network access. The Thunderbolt Display, priced at $999, is shipping in 2-3 weeks from Apple’s website, though the company announced the product in July with a 60 day shipping estimate. MacRumors reported last week Thunderbolt Displays were shipping to retail stores ahead of upcoming availability.

Last month’s release of new MacBook Airs and OS X Lion seems to have given Apple a significant boost in sales for the first month of the September quarter. The latest statistics from NPD reveal that year-over-year, Mac sales were up by 26% - to put that into context it means that Mac growth outpaces the growth of the PC market six-fold.

Piper Jaffray analyst Gene Munster believes that if that kind of growth continues Apple will easily make the estimates of 4.5 million total Mac sales for the quarter. He noted to his clients that the Lion, MacBook Air and Mac Mini launches in mid-July helped inflate Mac sales for the month. However, he did caution them that “these tailwinds will fade throughout the September quarter and year-over-year compares get slightly tougher in the last two months of the quarter”.

The rapid Mac sales growth has seen the platform outpace the growth of the PC market for 21 consecutive quarters and most believe that trend will continue for some time yet. Ben Reitzes of Barclays notes that they expect Apple to continue to gain share in Macs in the long term, despite the iPad’s presence. He adds that their “estimate for Mac growth of 18 percent year-over-year for Apple’s C3Q, may turn out to be conservative even though the global economy appears to be slowing quite a bit.” 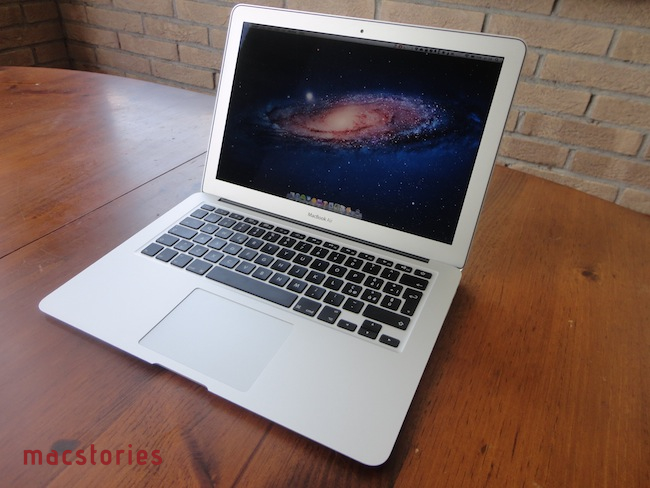 The new MacBook Air is the best Mac I’ve ever owned. This machine is shaping the future of OS X, both as an operating system and a bridge between iOS and the desktop.

In October 2008, I bought my first Mac. I had been a Windows PC user for seven years, and I was accustomed to using a PC at home for my browsing and writing needs, and at work – where my boss demanded we used PCs as he said they were more “reliable” and “fast”. After months of reading and peeking through Apple’s FAQ pages and video tutorials, I decided to buy a MacBook Pro. It was a 15-inch Unibody model with glossy screen, 4 GB of RAM, multi-touch trackpad, and Core 2 Duo processor. Back then, it was my first Mac but also the best computer I ever had. The moment I took it out of the box – and I was immediately impressed by Apple’s attention to detail in packaging and overall presentation – I knew that machine was going to change the way I “did work” on a computer. And it did. A few months later my boss fired me, and I started MacStories.

That MacBook Pro has been with me until last week.

Last year, I bought an iMac. Being the kind of Mac user that travels back and forth every day between his office (where I spend most of my day writing and managing the site) and his home, I was tired of being constantly forced to pack my MacBook Pro inside a bag, carry it around, gently place it on the passenger seat of my car, and pray that the hard drive wouldn’t die because of the terrible roads we have here in Viterbo. In spite of the fact that the MacBook Pro was the best computer I ever had, I slowly came to a point where I couldn’t stand carrying it around anymore. I decided to buy an iMac and make it my “home computer” so that I could offload media on it, backup documents, and do all those other things you’re supposed to do on “a home computer”. I bought a 21.5-inch model – again with a glossy screen – as I thought I wouldn’t ever need anything bigger than that. I was right. I’m happy with my purchase – the iMac is the finest piece of desktop hardware Apple has come up with in the past decade. Sure, my 2009 iMac doesn’t feature a Thunderbolt port and won’t get the performance boost of a Sandy Bridge-enabled machine, but it’s a trusted companion that I plan to keep for at least the next two years (that is, unless something really bad happens to the hardware, or Apple comes out with a desktop computer so revolutionary that it’ll be impossible to say no and don’t buy it).

For me, an iMac is the perfect desktop computer. It sits there, it makes my desk more elegant and classy than it could ever be, and more importantly it never failed me.

But I still had a problem with the MacBook Pro being a clumsy machine I didn’t want to carry around with me all the time. END_OF_DOCUMENT_TOKEN_TO_BE_REPLACED 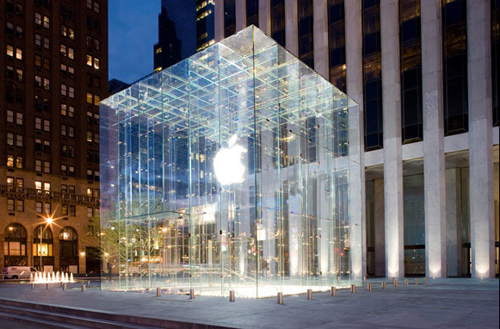 I checked in at 11:35. Late for my 11:15 appointment, the Apple Store representative offered to fit me in at 13:00 for a brief MacBook repair. I could replace the fan myself — which unfortunately wasn’t rattling that morning as it had been in previous days — but there’s too many screws to remove and I wanted an excuse to test out the MacBook Air. For an hour I visited with the both 11“ and 13” MacBook models, getting a feel for the weight and size while opening every app I could, playing music or fullscreen videos, and getting to know whatever neighbors who casually stopped into the Apple Store to check out Apple’s latest machines. You could say the MacBook Air is pretty great (there’s no denying that), but I found the people to be much more interesting.

END_OF_DOCUMENT_TOKEN_TO_BE_REPLACED 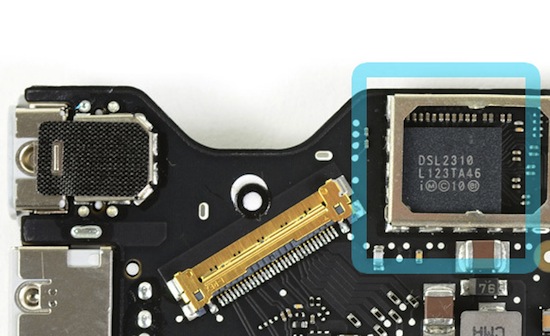