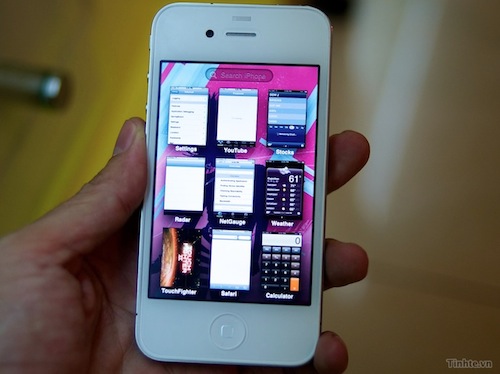 Check out the videos below. [via Chronic, 9to5mac] END_OF_DOCUMENT_TOKEN_TO_BE_REPLACED 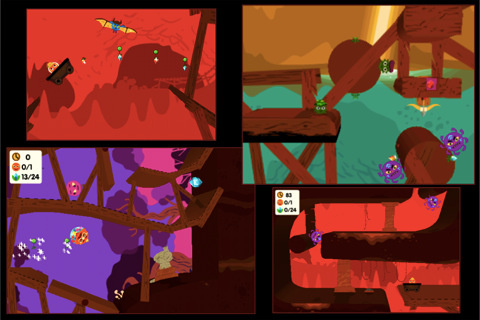 Back in 2009, Rolando was one of my favorite games on the iPhone. The game featured fancy colored graphics and the whole gameplay revolved around these cute tiny creatures called, indeed, “rolandos” that you had to control with your fingers to avoid enemies, and complete levels. The game became an instant hit in the App Store, with game publications posting raving reviews about it and Apple featuring it for weeks in the App Store. The success was well-deserved: top-notch graphics and a great gameplay had been implemented into a multitouch experience that, back then, was an example of true excellence for the platform.

Then the iPhone 4 and iPad came along, iOS 4 was released, Retina Displays pushed into the market and, like many other 2008-2009 games, Rolando disappeared from the charts due to lack of updates from the developers. Finally, this is changing today with the release of new versions of Rolando 1 and Rolando 2 for iPhone that support the latest iOS 4.x and the Retina Display, and also fix an issue with corrupted saved games. I’ve just installed the apps on my iPhone (again), and they really shine on the Retina Display. The gameplay is still the same as this is just a “technical” release aimed at enhancing OS compatibility and graphics, but it’s enough to let me play Rolando all over again.

If you’ve never tried Rolando and you need a new game in your collection, here’s your chance. Both Rolando 1 and Rolando 2 are currently available at $0.99 in the App Store. 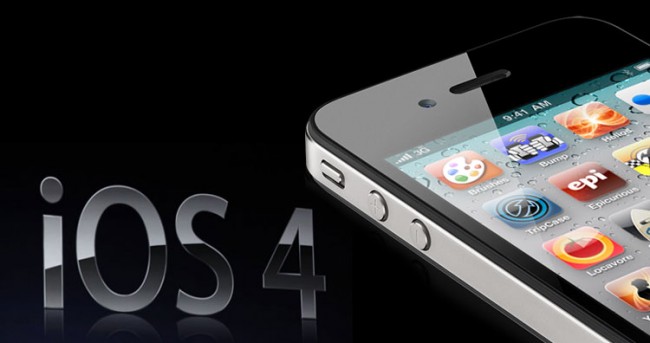 David Lieb, founder and CEO of iPhone app Bump yesterday posted some data on Quora to a question about what percentage of users of iOS devices were on 4.x, his answer revealed that 89.7% of Bump users were on the latest major iteration of iOS, 4.x.

Although Lieb didn’t note how big the sample size is, the latest known figure of Bump downloads was 15 million back from August last year. That’s a large sample size and one that includes users of iPhones, iPod Touch’s and iPads, a sample that would suggest the ~90% is a close approximation to the real percentage of iOS device users on the latest major iteration of iOS, version 4.

Ian Peters-Campbell of Loopt, another iOS app backed up Lieb’s data but said for his users take-up was even a little higher. Anyway you cut it such a high take up rate in about six months is impressive. It also highlights concerns over how fragmented Android is compared to iOS which back in December 2010 when Froyo (2.2) was the latest Android OS only had 43.4% take up, let alone Gingerbread (2.3) which as of today ReadWriteWeb says only has 0.4% take-up.

Lieb of Bump, posted a full breakdown of iterations and percentages of users, which is posted after the break. The key data is that 53% of users are on the very latest software update of 4.2.1.

END_OF_DOCUMENT_TOKEN_TO_BE_REPLACED

Courtesy of AppAdvice and Engadget, two videos to get a quick overview of what using iOS 4 on the iPad feels like. I have it, and it’s great: apps already updated for the new APIs on the iPhone are working fine on the iPad, some of them (e.g. non-universal apps) are having some issues.

Anyway, iOS 4.2 really manages to make the iPad feel like a new device. And it’s just the first beta. END_OF_DOCUMENT_TOKEN_TO_BE_REPLACED

Great new, folks! Apple has just seeded the first beta of iOS 4.2 for iPad and iPhone to developers. Head over the developer portal to download it now! END_OF_DOCUMENT_TOKEN_TO_BE_REPLACED

As soon as iOS 4.1 comes out this week (as announced by Steve Jobs at last week’s Apple music event) iPhone 3G users should feel safe to upgrade. In case you don’t know, iOS 4 for iPhone 3G wasn’t exactly “perfect”: to cut short, it was slow. I tried an iPhone 3G running the magical iOS 4: it was barely usable. Even a stupid task like unlocking the phone took a few seconds more than usual, not to mention springboard navigation and Safari. Everything was slow and slow-motion - at a point you couldn’t believe Apple shipped such a thing. END_OF_DOCUMENT_TOKEN_TO_BE_REPLACED

The rumors were right: the iPad is getting iOS 4 in November. iOS 4.2, precisely, which will unify the operating system across all Apple’s mobile devices. From what we saw earlier today, iOS 4.2 seems to be the solution to our iPad-related problems: it’ll bring wireless printing (huge for business users), multitasking, folders, widget controls. It’s also got a new feature which I’m extremely excited about: AirPlay. Together with iTunes and the new Apple TV, AirPlay will allow you to easily stream content back and forth between your mobile device, computer and Apple TV. One click media sharing. It looks great.

But there’s one thing Apple didn’t with iOS 4 for iPad: they didn’t change it. They didn’t took the same iPhone codebase and revamped the experience to take advantage of the iPad’s unique features. They made it bigger. And it turns out, I was wrong.

END_OF_DOCUMENT_TOKEN_TO_BE_REPLACED

Apple is getting ready to announce new iPods on Wednesday, but rumor has it we’ll also new a brand new iTV, iTunes in the cloud, iOS 4 for iPad, new iLife. So many rumors for a music event. Stay tuned for the live coverage event we’re setting up here on MacStories, as usual.

END_OF_DOCUMENT_TOKEN_TO_BE_REPLACED

With iOS 4, hardcore iPhone users and bloggers (including me) expected Apple to dramatically improve Notifications. Notifications (either push or local ones) are those translucent-blue alert boxes that pop up in the middle of the screen when something happens. SMS? Alert box. Twitter DM? Chirpy notification, and so on.

Now, I don’t know if you’re familiar with Android or WebOS, but notifications on those operating systems are less intrusive and, at the same time, more useful than iOS’ ones. iOS notifications appear once and you have to do something to dismiss them. Once they’re gone, they’re gone: there’s no way to view all your past notifications, or undo a dismissal to get the last alert box back. As I said, they’re intrusive: a notification can get in your way when playing a game or watching a movie, and there are no settings to tweak to make notifications work for you. They’re just alerts going on and off when something happens.

Apple didn’t implement a new notification system in iOS 4, and that won’t happen in 4.1 either. There’s an app available in Cydia, though, called Notified, which is reiventing notifications on iPhones and iPods. Does Notified really bring to iOS the notifications Apple should have made? END_OF_DOCUMENT_TOKEN_TO_BE_REPLACED