Digging into the latest iOS 4.3 beta build seeded to developers a few hours ago, we found references to two new features related to MobileMe called “Photo Stream” and “Media Stream”. There are several files, folders and code references buried deep into iOS that point to these new features as part of MobileMe and accessible through a device’s Settings.app.

As detailed by the folks over at 9to5mac, who also found out about these new features and went ahead to discover more of the implications of “Photo Stream” and “Media Stream” in iOS, Apple may be working on a serious MobileMe overhaul to offer social networking functionalities that would allow Apple to directly fight Facebook in the future, perhaps with iOS 5, with a social network built into iOS and tied to MobileMe and the Cloud.

Ping was Apple’s first attempt at the social networking but it pales in comparison to what they have coming.  Hidden deep in the iOS 4.3 file system is a new folder titled “Media Stream.” Within that folder is some information about “Photo Streaming.” From the looks of different alerts and plists, it appears that Apple will let iPhone users set up “Photo Streams” that friends could “subscribe” to. Also, it looks like there will be some privacy preferences related to this, so you can choose who is allowed to view your “Streams.”

The mention of privacy settings for Friends also reminds us of a new feature discovered in the first beta of iOS 4.3, Find My Friends. Reportedly connected to MobileMe (which, according to Steve Jobs, will get “a lot better” in 2011) and heavily based on geo-location, Find My Friends will allow to check on your friends’ location on a map similarly to Google Latitude and Loopt. 9to5mac further speculates:

In the iOS beta, “Photo Stream” is indeed associated to MobileMe’s settings panels and accounts, and there is an error message that says “This will delete all Photo Stream photos from your iPhone”. iPod touch and iPad are also supported. I guess that the feature will allow users to plug into a friend’s stream, view and download photos (or perhaps keep them in a local cache?) and choose which photos from your own device to send to the service. Personally, I also found “iPhoto” mentioned in some strings, so maybe the “Find My Friends” and “Photo Stream” functionalities will eventually found their way to the desktop, too. 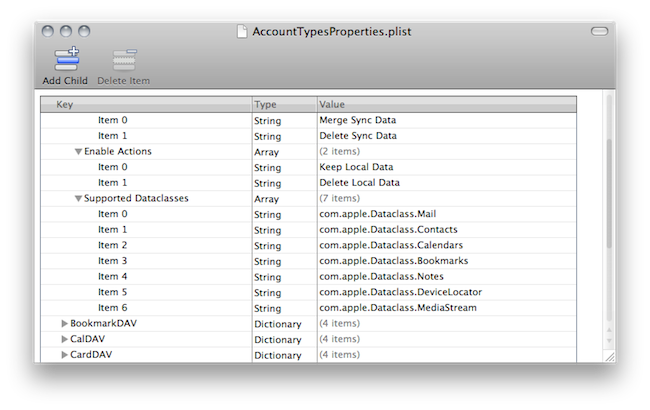 As for Media Stream, the feature seems to be related to MobileMe, but I haven’t found additional evidence in the SDK. As 9t05mac also speculates, I believe Media Stream will extend beyond photos, allowing users to stream music and videos from MobileMe, or back and forth between iOS devices. This, of course, suggests that Apple has found a use for its huge data center in North Carolina. Cloud-based access to music and movies for iOS and OS X has been floating around in the rumors for quite some time now.

Overall, Media Stream and Photo Stream hint at important social and cloud features coming in the next versions of iOS. Check out more screenshots from the SDK over at 9to5mac.

Update: If you think “Photo Stream” sounds pretty familiar, that’s because Apple had a similar feature in iPhoto ‘06 called “Photocast”. Photocast allowed you to publish an album over the internet and share it with your friends and family. Best part? It was connected to the .Mac service, now MobileMe. 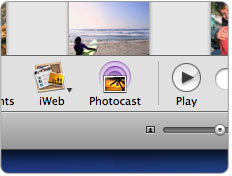 With photocast sharing in iPhoto, your friends and family will be able to subscribe to albums you publish on the Internet so they can quickly get your latest and greatest photos. They’ll just need to click the link from the invitation email that iPhoto automatically composes for you, or select Subscribe to Photocast from the File menu. Your album will appear right in their Source list.