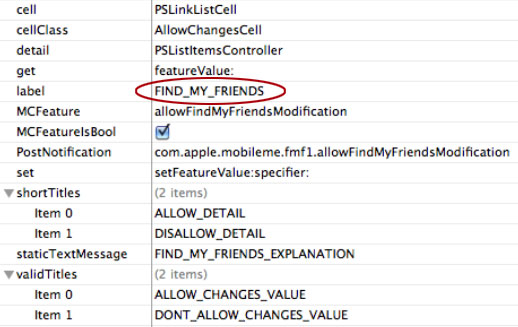 iOS 4.3 looks like the beta OS that keeps on giving. We’ve already seen how the new OS contains gestures that hint at deeper multi-touch capabilities for iOS devices, and new camera effects that suggest software like Photo Booth may come to the iPhone or iPad. References of new iPhone and iPad models were also found in iOS 4.3.

A new feature called “Find My Friends”, discovered by MacRumors, points to a new social networking system based on geo-location and tied to MobileMe. Such a service – again, basing only on the name – may allow users to check on friends’ location like Google Latitude or Loopt. We have seen Apple experimenting with location and social patents before; a new functionality in iOS 4.3 like “Find My Friends” would be great to let nearby iPhone users communicate with each other while using the MobileMe infrastructure. 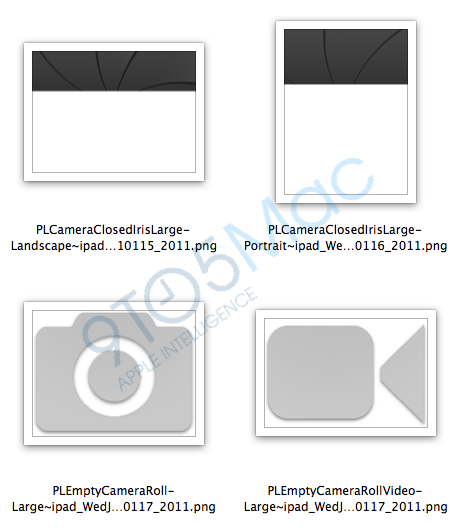 A report from 9to5mac also confirms the next generation iPad will get camera functionalities thanks to some image files found in the iOS 4.3 SDK code. The images depict a camera shutter, a camera icon and a video-related icon. The resolution of thee files is 1024x768, which sheds some doubts on whether or not the iPad 2 will see a resolution bump.

According to several reports in the past, the iPad 2 will get a camera for FaceTime and a rear-facing one for shooting pictures and videos.

- References of New iPhones and iPads Spotted in iOS 4.3

- Next iPhones and iPads To Lose Home Button? Not So Fast

- How To Enable Multi-Touch Gestures On iOS 4.3 for iPad [Beta]

- Apple Brings Hardware Rotation Lock Back in iOS 4.3 for iPad