Such a great release on Cydia tonight, one that will be remembered by jailbreakers for months. Multifl0w, one of the first apps that brought “visual multitasking” to iPhone OS 3.0, has been updated to include support for iOS 4, iPhone 4 and iPad. 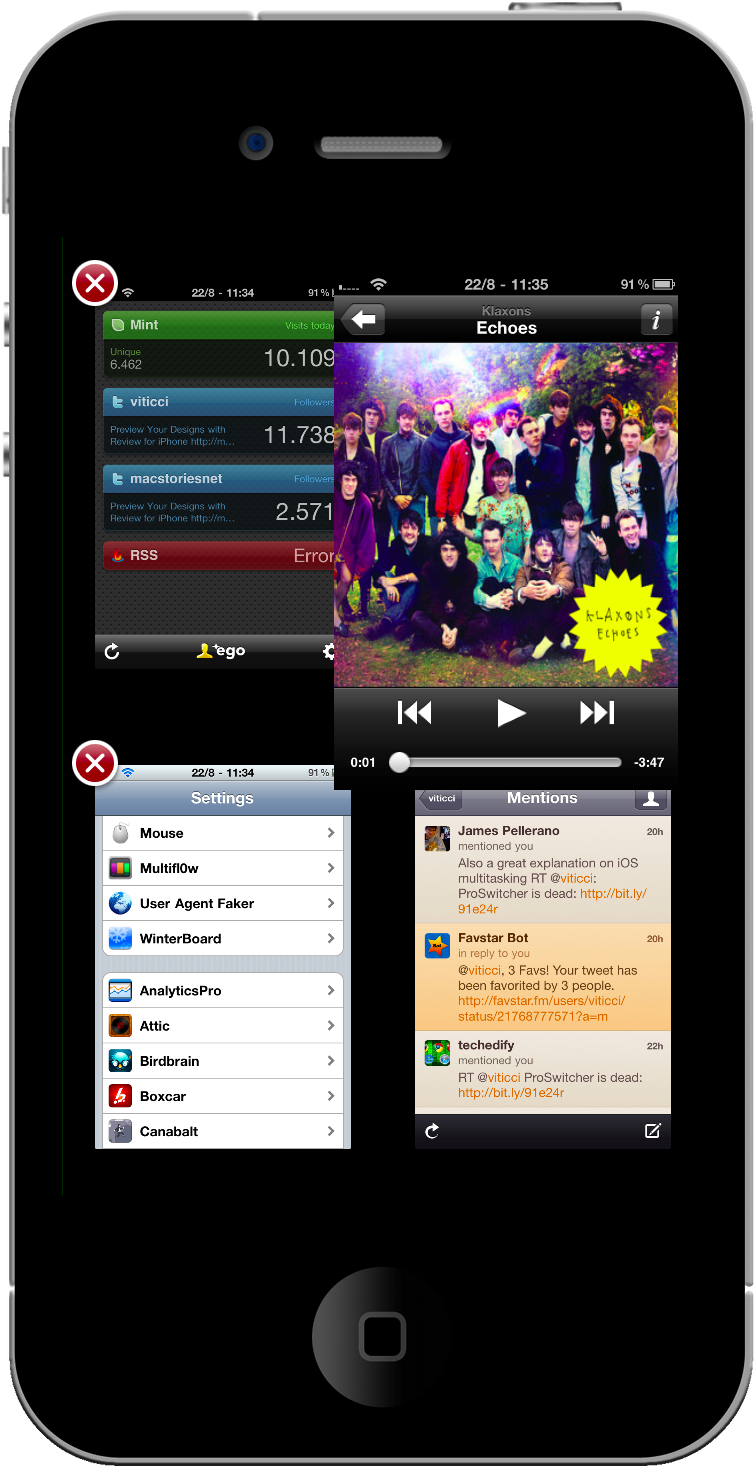 The app is a single $4.99 purchase in Cydia: I bought it on my iPad using my Google account credentials, and downloaded it for free on my iPhone 4. Multifl0w is pretty similar to the-now-dead ProSwitcher: apps running in the background are visualized as “cards” or “windows” that you can tap on to open. The app requires Backgrounder to run correctly, and you can set up an activation method in Activator. Mine is “short hold” on home button, but you can also ovverride Apple’s double press (for task switcher) on any device running iOS 4. Like I said, the app works fine on iPad and iPhone, although the iPad version doesn’t support landscape mode.

Multifl0w is elegant, the animations are fast and beautiful and it doesn’t eat too much memory in the system. A highly recommended downloaded, especially for iPad jailbreakers who still don’t have multitasking. Great job.