I meant to link this great article by Jason Snell a couple weeks ago:

Every time an app I rely on exposes its mortality, I realize that all the software I rely on is made by people. And some of it is made by a very small group of people, or even largely a single person. And it gives me pause, because whether that person decides to stop development or retires or is hit by the proverbial bus, the result is the same: That tool is probably going to fade away.

A lot of the software I rely on is a couple of decades old. And while those apps have supported the livelihoods of a bunch of talented independent developers, it can’t last forever. When James Thomson decides to move to the Canary Islands and play at the beach all day, what will become of PCalc? When Rich Siegel hangs up his shingle at Bare Bones Software, will BBEdit retire as well? Apps can last as abandonware for a while, but as the 32-bit Mac app apocalypse taught us, incompatibility comes for every abandoned app eventually.

The final segment of this week’s episode of Connected reminded me about the impermanence of software (which is something I covered extensively before) and how, ultimately, the apps we depend upon are made by people, who will eventually stop working on them. As Snell argues, we may not always be prepared for change in our workflows, but that’s exactly what I love about keeping up with new apps and revisiting the way we get our work done. 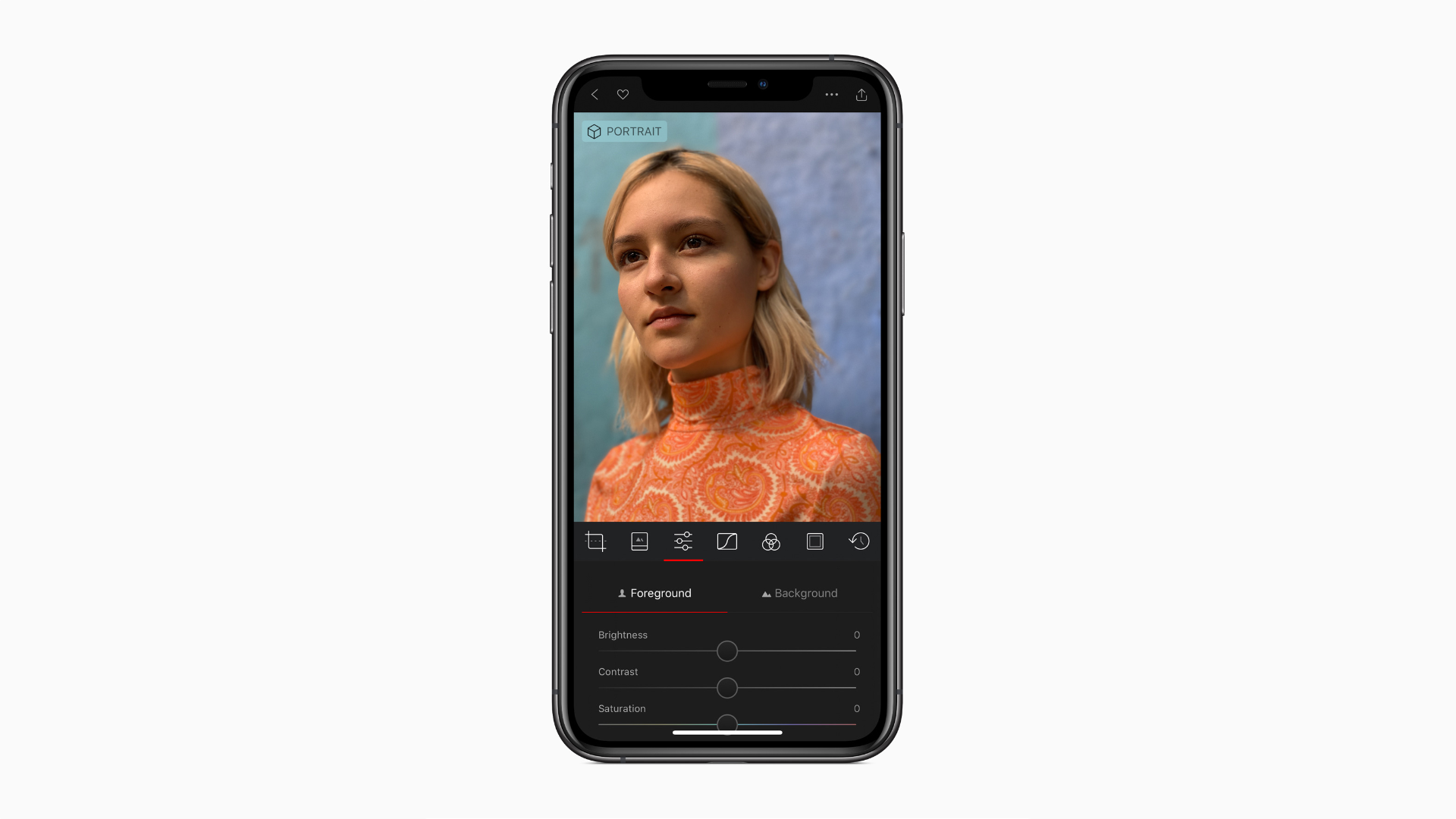 END_OF_DOCUMENT_TOKEN_TO_BE_REPLACED

The App Store shrank for the first time in 2017, according to a new report from Appfigures. The report found the App Store lost 5 percent of its total apps over the course of the year, dropping from 2.2 million published iOS apps in the beginning of the year to 2.1 million by year-end.
…
Appfigures speculated the changes had to do with a combination of factors, including stricter enforcement of Apple’s review guidelines, along with a technical change requiring app developers to update their apps to the 64-bit architecture.

With the previously announced App Store cleanup and iOS 11’s 32-bit purge, it’s no surprise at all that the App Store shrank during the year. To the average user though, a store with 2.1 million apps is no different than one with 2.2 million. Plus, in theory the apps that remain are of a higher overall quality than what was removed, so this should turn out to be a net gain for users.

Another way users benefit: the App Store’s search engine has long had a reputation for being ineffective, so a smaller App Store should mean it’s easier to find what you’re looking for. 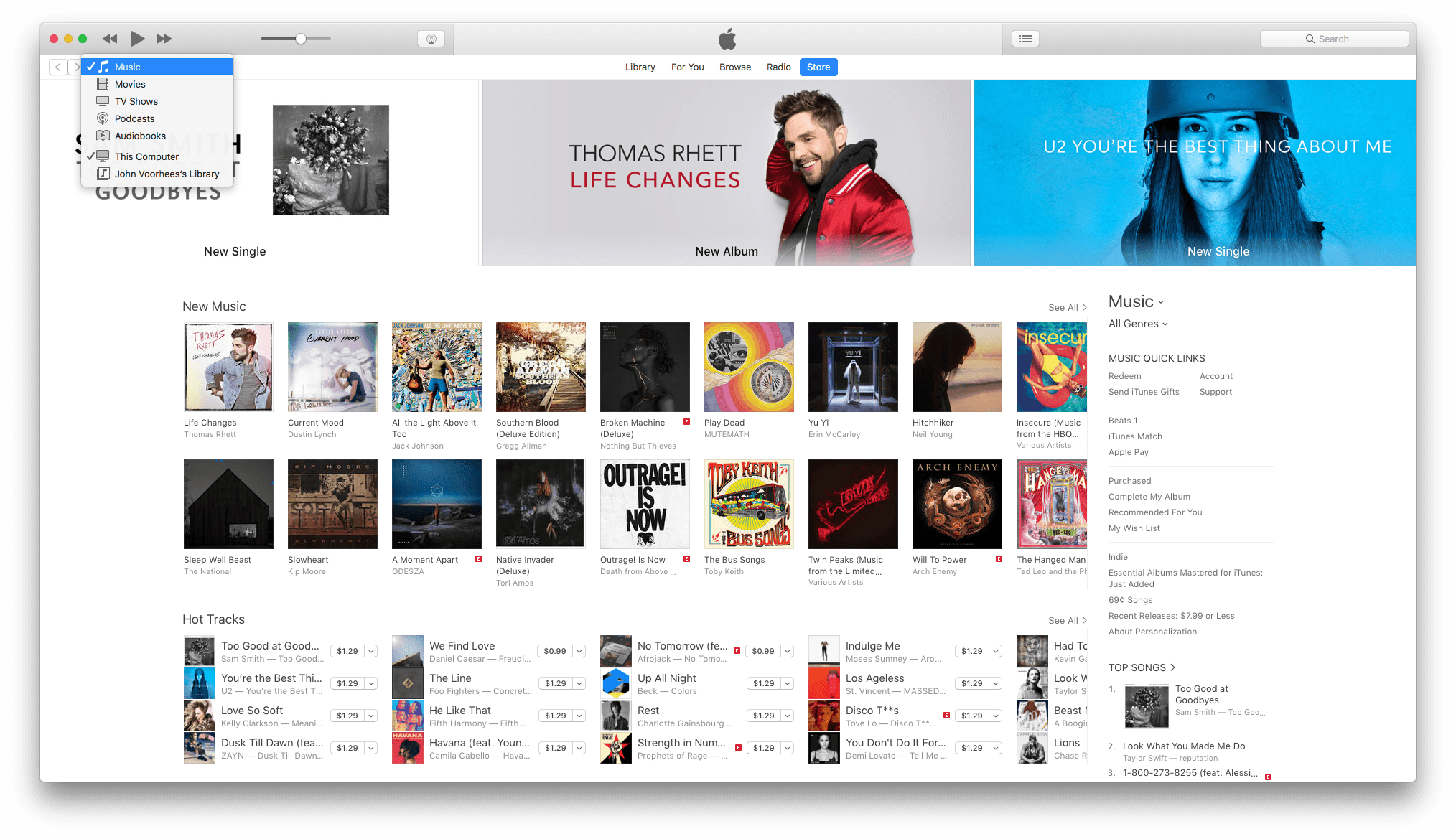 Apple has updated iTunes on macOS to eliminate ringtones, iTunes U, and perhaps most surprising of all, iOS apps. According to Apple’s support page:

Apps for iPhone, iPad, and iPod touch are now exclusively available in the new App Store for iOS.

iTunes 12.7 now includes music, movies, TV Shows, Podcasts, and Audiobooks only. Apple’s support page links to instructions on how to download each type of content that has been eliminated.

Although there were prior indications that Apple was streamlining iTunes, such as when it announced that iTunes U content was being eliminated from the app, the removal of downloaded iOS apps and the App Store itself is surprising. iTunes is now focused on just two types of media audio and video. 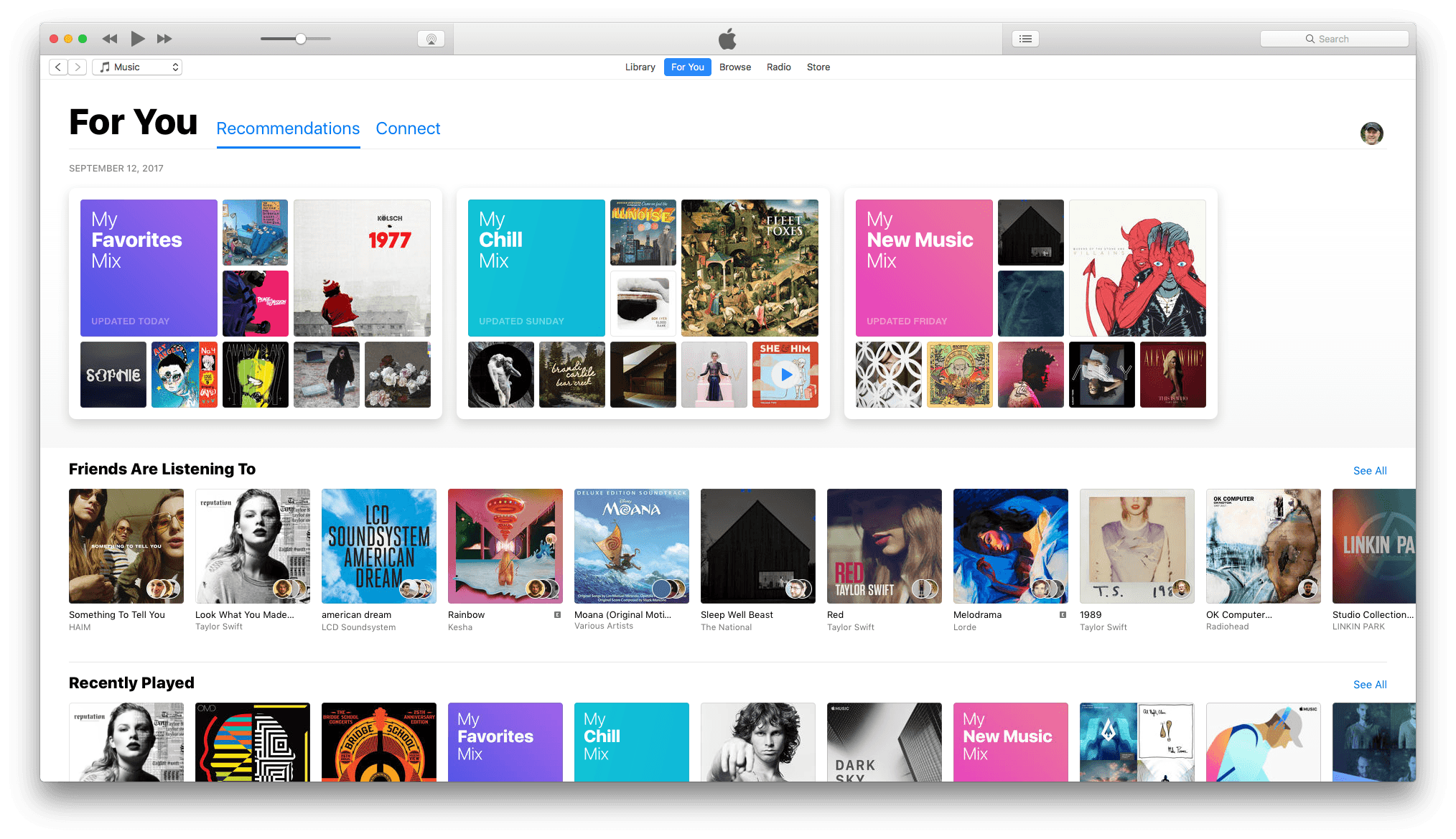 The update to iTunes also adds the Friends feature first seen in the iOS 11 beta. Apple Music subscribers can set up a profile and follow friends to see the music and playlists they are listening to. I’ve been using the Friends feature all summer and it’s been a great way to find and try new music.

That’s assuming anyone could find a compatible game in the first place, because Apple oddly broadly ignored controllers in the iTunes Store. You’d think the company would at least flag controller support on game pages (something it does on Apple TV), and also automate an App Store page listing compatible games. Instead, it’s left to third-party sites like Afterpad to pick up the slack, which is baffling.

Today, the MFi ecosystem is fairly mature, with a reasonable range of controllers. (My personal recommendation is the Nimbus, unless you’re desperate for a form-hugging option, in which case grab a Gamevice, in the knowledge it may not fit the next device you buy.) But Apple needs to do more to help.

It is baffling that the iOS App Store still doesn’t display controller support or offer a filter to show games with MFi controller integration. It seems like they’re not taking them too seriously.

Apple announced on Thursday that it was working with the entertainer Will.i.am and two veteran TV executives, Ben Silverman and Howard T. Owens, on a new show that will spotlight the app economy.

“One of the things with the app store that was always great about it was the great ideas that people had to build things and create things,” Eddy Cue, Apple’s senior vice president of Internet software and services, said in an interview.

A docu-series about apps sounds like something I’d binge watch.

Schiller is now in charge of all App Stores, taking over responsibilities from Eddy Cue, which most prominently include the iOS App Store and the Mac App Store.

It’s been less than three months since the move occurred, but we’re already beginning to see a change in the way the App Store operates. For example, we’re now seeing more regular updates of the Best New Apps section at the top of the App Store’s Featured page. In a tweet today, Schiller acknowledged the changes and indicated that more changes were on the way.

I’ve been noticing the same, particularly on the front page, which makes sense. The App Store used to be refreshed every Thursday with Editor’s Choice and featured apps. Frequent updates to the ‘Best New Apps’ section could help in promoting apps multiple times throughout the week. 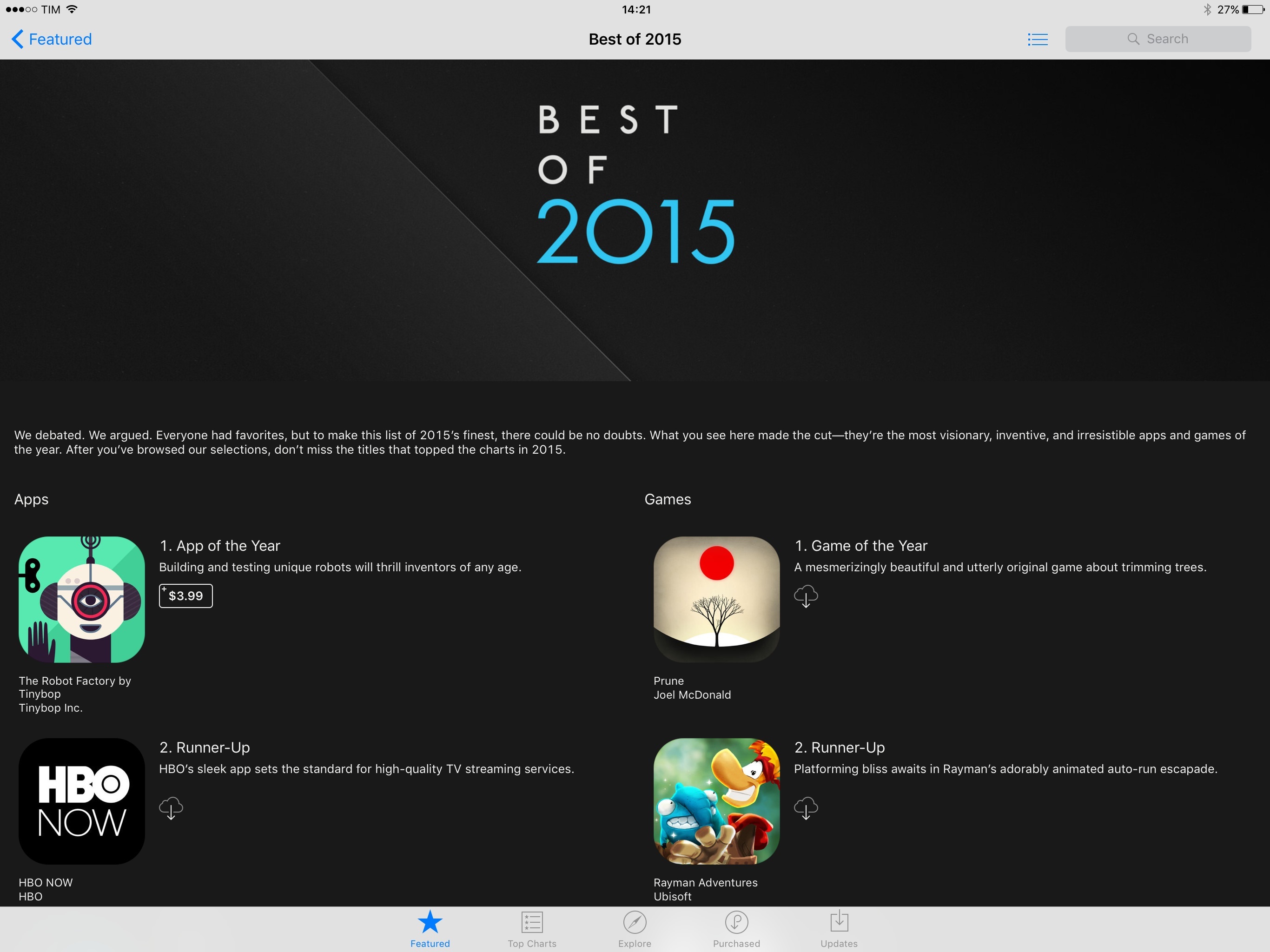 Early this morning, Apple unveiled the 2015 edition of their annual Best of App Store lists – a collection of the best apps and games released on the App Store over the past 12 months. This year, in addition to iPhone, iPad, and Mac apps, Apple has added editorial picks for the newly launched watchOS and tvOS platforms, highlighting the best apps and games released by third-party developers on Apple Watch and Apple TV.

We debated. We argued. Everyone had favorites, but to make this list of 2015’s finest, there could be no doubts. What you see here made the cut—they’re the most visionary, inventive, and irresistible apps and games of the year. After you’ve browsed our selections, don’t miss the titles that topped the charts in 2015.

In this year’s Best of App Store, Apple has picked Periscope, The Robot Factory, Affinity Photo, HBO Now, and Dark Sky as apps of the year on its five developer platforms. On iOS, Apple also features special mentions for most innovative apps (Workflow on the iPhone), best app on the iPad Pro (uMake), and best app on the iPhone 6s (Instagram). On Apple TV and Apple Watch – the most recent additions to the App Store ecosystem – Apple hasn’t picked any runner-ups, but instead they’re simply showcasing the best apps and games. The iOS section includes apps that dominated the top charts as well, with Minecraft, Trivia Crack, Messenger, and Snapchat unsurprisingly in there.

Overall, Apple’s picks offer a good mix of big budget titles and smaller, indie studios such as DeskConnect, Readdle, or The Soulmen. You can find Apple’s complete Best of 2015 on the front page of each App Store today; a recap of all the winners and runner-ups (from the US App Store) is available below.