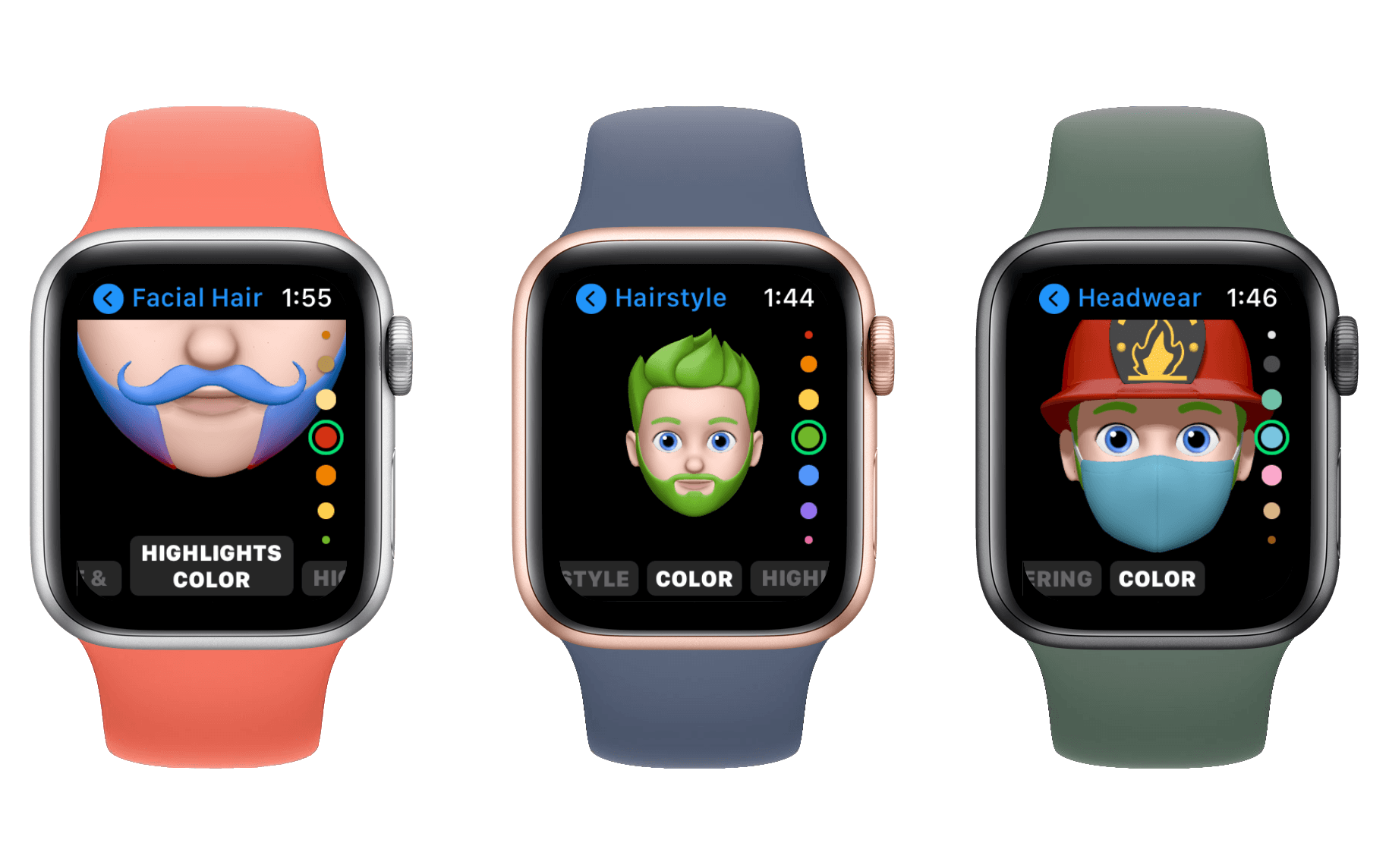 Alongside the Memoji watch face, Apple has also dropped a brand new Memoji app for the Apple Watch. The app opens to a scrolling list of your custom Memojis, and you can tap one to edit it. If you scroll to the top you can also hit the plus button to create a new Memoji from scratch.

The editing section is simple and straightforward. From the top level you can select editing the skin, hair, eyes, mouth, and other features of the Memoji. Once selected you’ll get a scrolling list of the available options, and as you scroll by each option it will display on your new Memoji. At the bottom of the main editing view you can also choose to create a watch face from the Memoji or duplicate or delete it.

I think it’s great that Apple Watch users can now create Memoji without needing to use a phone. This app was clearly added to work well with the new Family Setup feature, which allows family members to use an Apple Watch without having an iPhone of their own to pair it with (it still needs to be paired with an iPhone, just not necessarily one that uses the same Apple ID). Assuming you do have an iPhone though, it’s definitely easier to configure Memoji on the larger screen real estate than it is on the Watch.

watchOS 7’s Maps app has been updated to include detailed directions for cyclists. At least, it has if you live in New York City, the San Francisco Bay Area, Shanghai, or Beijing. Other cities will be added over time, but I haven’t been able to test this feature since my home city of Minneapolis is not yet supported. If you search for a destination in the watchOS 7 Maps app you’ll see an option for cycling instructions, but tapping that will just tell you that they aren’t supported (unless you live in one of the areas mentioned above). Cycling directions join the previously supported transportation methods of driving, public transit, and walking.

All methods of transportation have been updated to support multiple routes in Maps for watchOS 7. After choosing a destination you’ll be given a suggested route, but can scroll down to see alternate routes too. Unfortunately this list does not actually show the maps themselves, so the only difference in routes that you can easily see is the time they take and their mileage. You’ll need to tap in and out of them one by one to actually view the route. Fitting route maps onto the Apple Watch screen is certainly a challenge, but I wish Apple would provide some better way to determine between them since most routes to the same place have similar times and mileage.

Last month MacStories’ John Voorhees covered this year’s Apple Maps changes in another of our summer OS preview articles. Make sure to check that out if you missed it, as it goes into much greater detail on the new Maps features across all of Apple’s platforms. 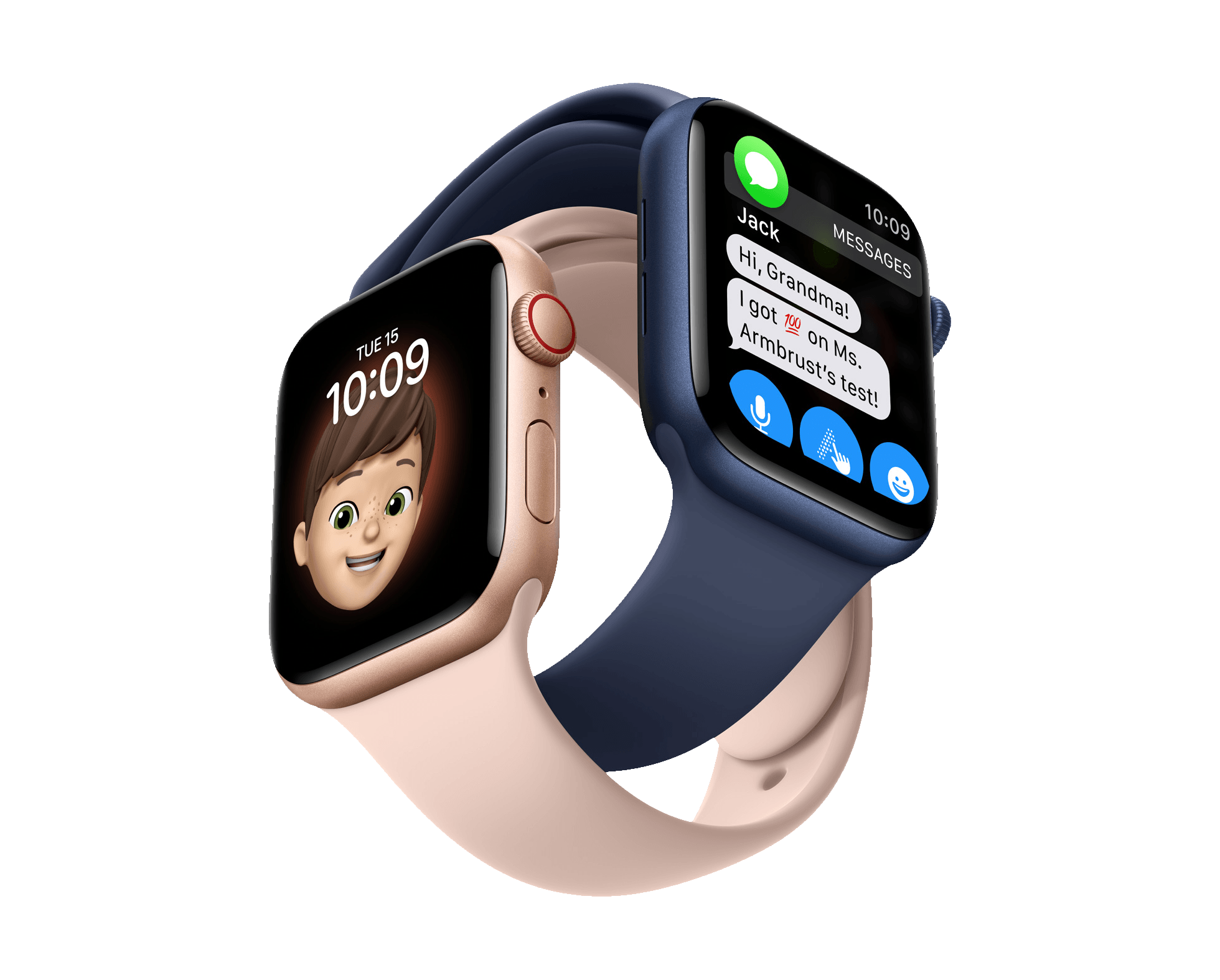 watchOS 7 has removed support for Force Touch, even on existing watches which include the hardware to support the feature. Force Touch has always had a significant discoverability issue, but it was also quick and easy to activate in places where you knew you needed it. All such places have been replaced in watchOS 7 by tap-and-hold gestures, and I find this to be a significant regression in experience. Force Touch’s discoverability problems are not relieved at all by replacing it with a long press. Instead, Apple has simply added latency to many simple interactions throughout the system. I understand that this clears the way for future Apple Watches to drop the Force Touch sensors and utilize that space in other ways, but I still can’t condone such a clear downgrade in usability. Editing watch faces in particular feels like such a sluggish action to initiate now.

Siri has been updated on the Apple Watch to support translating speech into different languages. It supports ten different languages to start, but more will be coming in the future. Siri dictation can also now happen locally on the Watch, so most Siri interactions should now be sped up.

One of the features announced at the Apple Watch Series 6 event is Family Setup. This allows Apple Watches to be shared among family members even without them all owning iPhones. We haven’t been able to test this feature yet, but our Apple Watch Series 6 overview has some more details on the announcement if you’re interested.

watchOS 7 might not be a revolutionary update, but I think it’s just what we needed this year: a clear, solid, and stable iteration. Health and fitness are the Apple Watch’s main selling points, and Apple is continuing to push forward in these important areas. I love seeing Apple pay attention to watch faces as well, and this year has brought some excellent new features there.

Sleep tracking isn’t for me right now, but I think it will work for most people who live on normal sleep schedules. I expect it will loosen up over time too, so I’m looking forward to future iterations. Handwashing detection is well-timed, and hopefully will help more people adjust to that vital habit.

Multiple complications from individual apps combined with face sharing make for very exciting new potential in watch faces. I’m excited to see the work that developers have been putting in this summer, as we’ll need third-party help to realize the full potential of these additions.

Shortcuts on the Apple Watch were sorely missed, and it’s good to see that hole filled back in. This is another area that will get even more powerful as developers update their apps to support shortcut execution on the Apple Watch itself.

To top everything off, this year’s batch of watch faces have several options which are actually great. So find yourself a new watch face, set yourself a healthy sleep schedule, and enjoy the calm waters of watchOS 7.

Supported by AutoSleep: Next Level Sleep Tracking for Apple Watch.