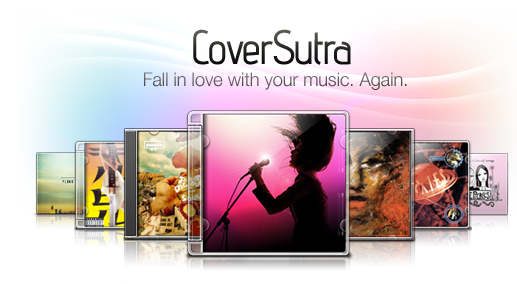 Developer Sophia Teutschler is having a hard time trying to deal with her most popular application for the Mac, CoverSutra, becoming a Mac App Store exclusive. As we discussed here, the latest CoverSutra 2.5 version is only available in the Mac App Store at $4.99, instead of the $20 it used to be on Sophia’s website. The problem is, years ago Sophia promised to customers who bought a license for CoverSutra 2.0 that they would get the 3.0 upgrade for free; CoverSutra’s development slowed down, Sophia got involved in more projects and won an Apple Design Award in the meantime, Apple introduced the Mac App Store. CoverSutra 3.0 isn’t out yet, but the 2.5 version is a paid app in the Mac App Store. Clearly, that is not the free upgrade until 3.0 Sophia once promised.

This is a very serious issue that doesn’t originate specifically from Sophia, but provides a good example when looking at CoverSutra because of the way Sophia decided to handle things. As you may be aware of, Apple is not offering trials, upgrade policies and existing customer migration on the Mac App Store. You can release apps, for a price or for free. That’s it. You have been selling apps on your website all this time? Good for you. But there’s no way to migrate people who already bought a license to the new Store.

In short, that’s what Apple is doing and what we’ve been in the known for months now. It’s not like we didn’t see this coming. We thought customers would not appreciate the switch to a new system; we’re seeing the first consequences now that the Mac App Store is available and developers are facing difficulties in the attempt to provide an effortless (and possibly relatively free) way to tell customers “Hey, look, if you want the Mac App Store goodness you’ll have to pay again”. The developers of Pixelmator have, in my opinion, found the best solution to this problem yet: instead of pricing the app at the regular $60 in the Mac App Store, they’re offering it at a discounted $29 price tag. So you’ll have to pay again, but – and here’s the deal – you’ll get Pixelmator 2.0 for free when it comes out later this year. The Pixelmator developers won’t release version 2.0 as a standalone app like Loren Brichter did back in the day with Tweetie 2; you can pay again now, but looking forward – it’s an investment and an easy way to migrate customers to the Mac App Store. Clever.

Which brings me to promises, and the whole CoverSutra / Sophiestication story. Customers are angry at Sophia because she didn’t respect her promise to offer CoverSutra 3.0 as a free upgrade for everyone who purchased a 2.0 license. She says she simply forgot about the promise, she’s not aiming at making “quick money” out of Mac App Store purchases – she could have branded CoverSutra 2.5 as 3.0, offer it for free to previous customers and sell it in the Mac App Store. But in her words, she didn’t because that would have been a lie. Plus, she’s not going to maintain the CoverSutra 2.x builds on her website through the Sparkle updater anymore because – she explains in two blog posts – she’s just an indie developer trying to make a living out of apps. She doesn’t have the time and resources to maintain two different builds. As you can see by yourself, comments to the aforementioned blog posts go from the most supportive and indifferent ones, to the most ignorant, trolling and offensive ones. Put simply: people are mad at Sophia because she didn’t keep her promise. Someone even suggested a class action lawsuit against her.

Now, people, I want to express my thoughts on this. So let’s just sit down and talk. Grab a cup of coffee and debate along with me. This afternoon, I wrote on Twitter that people who are offending and threatening Sophia should be ashamed of themselves. Let’s get this out of the way, and quickly: no matter if you’re on the Internet or in real-life, people must be treated with respect and elegance, even when you disagree with them. Even when you think – and possibly, you’re sure – someone is doing something wrong to you, I believe in the power of discussion, confrontation and, above all, respect. In this case, we’re on the Internet and there’s a developer, Sophia, who is charging $5 for an app that should have been free until version 3.0. A rather simple-to-understand problem anyone who’s looking at it from the outside would reply with “yeah, that seems wrong”. But many of the comments I saw on Sophia’s weblog are simply disgusting. People calling Sophia “a thief”, “a stupid human being” and other adjectives I’d rather not write up on MacStories have really lost track of elegance, taste and gracefulness. More specifically, I’d rather not call these people trolls: they’re just ignorant, illiterate, benighted Internet citizens. And personally, although I don’t know about you, I always try to be a gentleman with women. Even when they piss me off.

That said, let’s get to the main point. Hopefully next time these people will understand the difference between a “passionate discussion” and “animal yelling”. First off, let me say that I’m not really “friends” with Sophia nor am I trying to “defend her” because of God knows what personal interest. I’ve just got the chance to know her professionally over the years working for MacStories, and I know she’s a good person. I think I know she’s not the kind of software developer looking for quick ways to make money. Still: she promised a free 3.0 update for every CoverSutra 2.0 user. Ok.

Now, let me tell you something: in the world of software development, it’s hard to make promises and keep them alive. Especially when promises extend over the years. And you know why? Because software is based on technology, and technology evolves and changes every day. In the past, many developers who promised features, free updates and support had a hard time trying to keep up on their promises. Sophia with CoverSutra is no different: she said one thing and she’s doing another now. But what I haven’t read in the comments to Sophia’s blog posts and what I’m surprised most people didn’t think of is the context of the promise she made years ago. When she said CoverSutra 3.0 would be free, there was no Mac App Store. There wasn’t even the idea of an Apple’s Mac App Store, and Apple wasn’t nearly as successful as it is today. The iOS and OS X development scene is completely different than it was 2 or 3 years ago. A developer’s priorities, ideas, plans, needs and projects change over time. Yet most of CoverSutra’s angry customers seem to forget that.

I can hear you say “Ticci, keep it simple and get to the point”. Sure. This developer promised a free upgrade years ago; the promise it’s not happening. She wants $5 from you now. You’re slightly pissed off and look, I get it. Because you guys are right when you say it’s not about the amount of money, but the principle of asking for money as opposed to a previous promise. Still: I believe Sophia is yet another victim of Apple’s policy when it comes to the Mac App Store, and she’s just being accused first. Trust me: you’ll hear a lot of stories like this in the next months and years. And looking back, CoverSutra’s five dollars won’t look like a big deal. But they are now, so let’s move on with the discussion. These 5 dollars are asked to purchase CoverSutra 2.5, which has some new features and localization support. It’s a Mac App Store exclusive, but it’s not version 3.0. When writing those comments about Sophia being a thief, didn’t you think that maybe, this is the only way to transition to the Mac App Store and that, perhaps, Sophia will just offer free upgrades until version 3.5 or 4.0 instead? Because an update on her “free upgrade” promise would fix that, right? No? You’re still firm on your position that “CoverSutra 3.0 MUST be free”. Fine, let’s cut this even thinner.

I think this is a problem of self-entitlement with some users. They were told CoverSutra 3.0 would be free for them, and now they think they have the right to go ahead and write whatever they want on a developer’s blog. Like, any kind of offense or threat. I understand the disappointment of some users; I’d just like them to open their eyes a bit more and try to really get what it means to be a developer. Just because you know, developing an app costs money and granting lifetime support is, most of the time, impossible. Things change over time; it is clear that things changed for Sophia as well. My take on this? I understand it’s not about $5, $50 or $500. It’s about a broken statement. But the way I see it, $5 is a no-brainer considering the Mac App Store is a totally new platform for developers. And because I know Sophia, I have the feeling she’s going to make up for that $5 purchase anyway. She makes great software; she couldn’t live up to a promise she made years ago: I understand. I’m willing to give her my 5 dollars now to support the development of her apps.

On the other hand, I agree with people who say Sophia could have handled the transition better. Her blog posts aren’t really explanatory for the average user, and she could have come out clear about the problems with the Mac App Store and being an indie developer earlier. Or, she could have explained to everyone why CoverSutra needs to be bought again, like the Pixelmator developers did. Overall, I hope this whole thing has taught her a lesson or two about PR and predicting customers’ reactions.

To sum up: I don’t accept in any way the ignorant and offensive reactions of some customers. That is horribly wrong in my opinion, no matter how right you think you are. I understand people’s disappointment on the broken promises, I really do. But I want these people to see behind the curtain of a $5 purchase, and realize that it’s incredibly difficult to keep a promise alive in the software development world. That’s why many developers don’t make promises.

In the end, I bought CoverSutra again for a simple reason: Sophia makes great, usable and beautiful apps that entertain me on a daily basis. She’s never let me down before. Her software is above average and close to greatness. She has made a mistake in judgement and she could have written better blog posts. The “mistake”, however, depends on all the changes the Mac development scene has gone through in these past years. And because I believe in supporting indie developers, I’m willing to get 5 dollars out of my pockets and wait for Sophiestication to release more great software in the future.