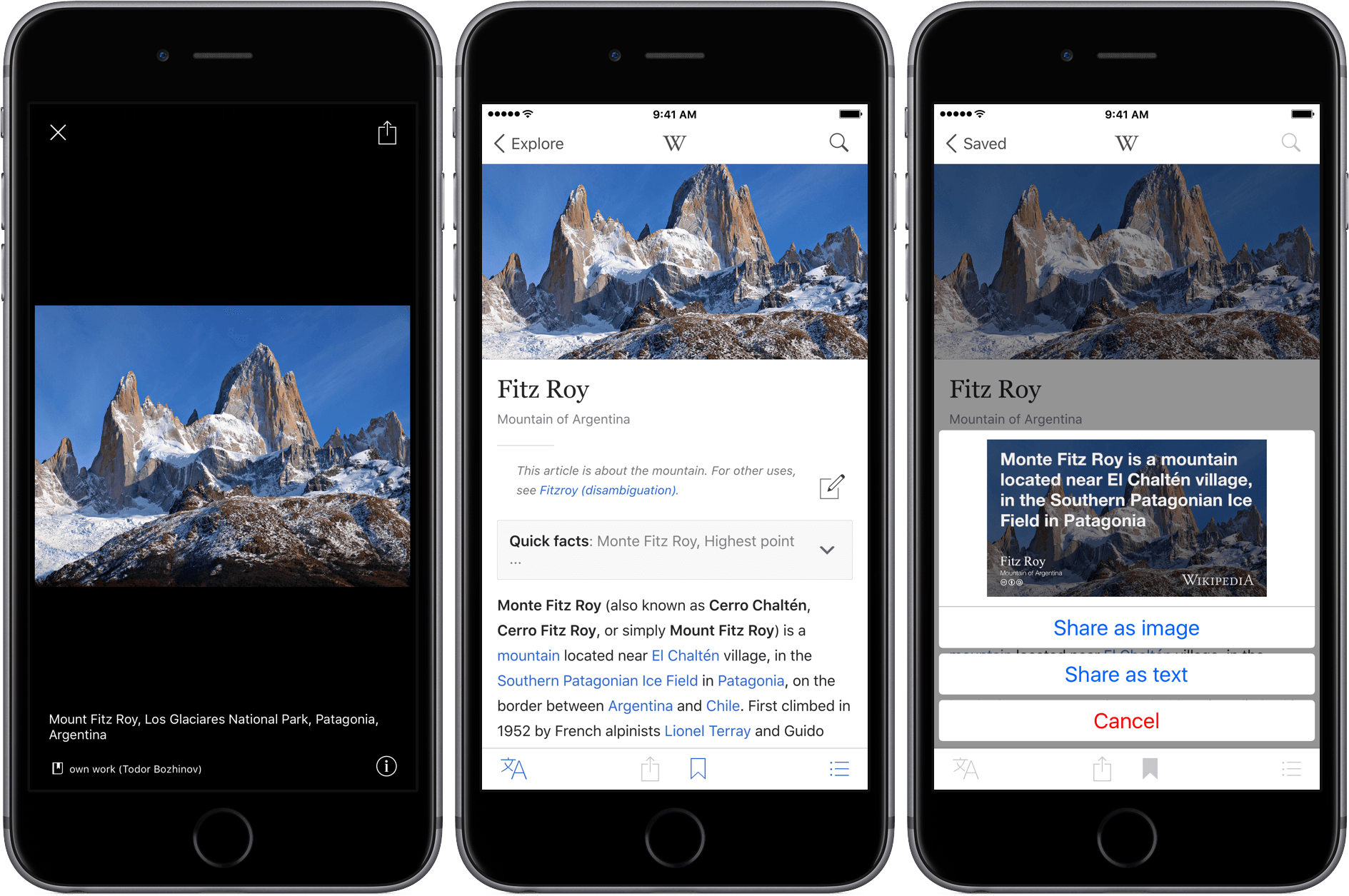 For a long time, Articles by Sophiestication Software was my favorite Wikipedia app on iOS. But Articles is showing its age because it hasn’t been updated since September 2013 when developer Sophia Teutschler took a job on the UIKit Frameworks team at Apple.

Wikipedia has had its own official app for years, but for much of that time it wasn’t very good. Apps like Articles filled the gap, presenting a cleaner, better-designed experience. After years of using Articles, I lost track of Wikipedia’s iOS app, but was pleasantly surprised when I downloaded the just-released version 5, which has evolved into a great all-around Wikipedia utility.

Discovery is the primary focus of version 5 of Wikipedia. The app starts in the Explore tab, a new section that includes suggested articles based on your past searches, featured articles, top read articles, a picture of the day, ‘today on Wikipedia,’ a random article and articles for places near you. Each item in the Explore tab is an article excerpt that includes an image and the first paragraph of the article. That’s a lot of content and consequently, a great place to find something interesting to read. You can tap the article to go to the full version or tap a ‘Save for Later’ button, which saves the article under the app’s Saved tab. There is also a History tab with a list of each article you have viewed. 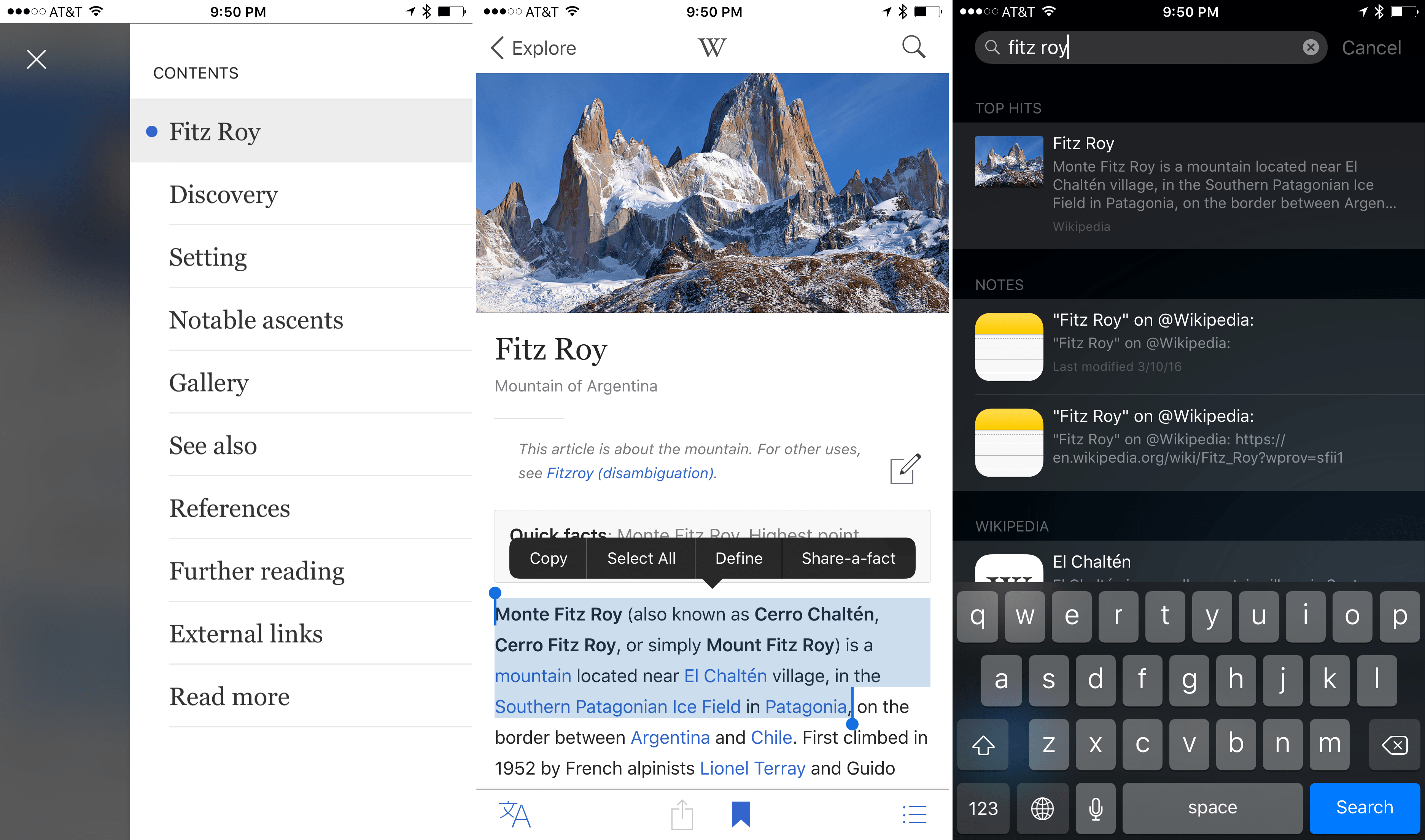 Once in an article, tapping on an image displays a larger, high-resolution version. If there are multiple images, you can swipe between them in a gallery view. Selecting text in an article pops up a contextual menu that includes a ‘share-a-fact’ option that creates a textshot with an image from the article overlaid with the selected text that is ready for sharing via the share sheet. There are also share and bookmark buttons inside each article, but in my experience, the share button worked in the Saved and History tabs, but not the Explore tab.1

I also had some trouble initially with location-based articles. I installed Wikipedia when I was in downtown Chicago and the Explore tab included articles for landmarks nearby, but when I got home to the suburbs, the articles didn’t update. I could use the 3D Touch shortcut from the app’s icon to search for articles about landmarks near my home, but the Explore tab refused to update based on my location until the next morning. Since then, Wikipedia seems to be updating my location more frequently.

The official Wikipedia app has come a long way. Discovery and exploration are both excellent and the reading experience is much improved. There are third-party apps that focus on things like location-based discovery, but Wikipedia’s official app does an admirable job of facilitating free-form exploration based on search, your interests, serendipity, and location all at one time. Despite a couple bugs, Wikipedia has become a versatile tool for research or just exploring the world around you.

Wikipedia is available for free on the App Store.