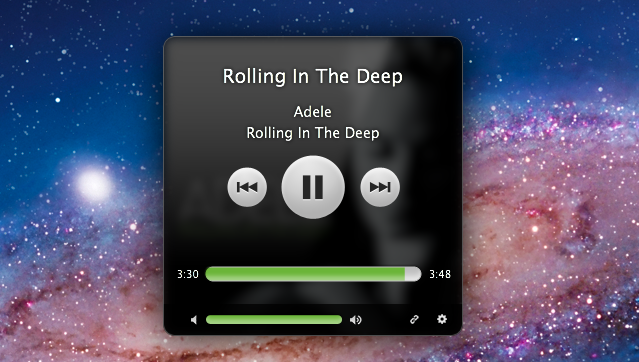 Spotify, the European music streaming service that has attracted millions of paying subscribers in the past two years, is finally launching in the United States, with some saying the big opening could happen as early as next week. For those not familiar with Spotify, the concept is very simple: instead of owning music, you stream it from the company’s servers that host a huge catalogue of songs from both major and less-known labels. You can build playlists, mark items as favorite, and pay to get unlimited access, higher quality bitrates, mobile apps and caching options for offline access. Whereas Apple’s upcoming iTunes Match service will scan songs you already own to mirror them online, Spotify lets you create your own online library of songs you don’t own (though a “buy” option has been recently introduced), but that you can stream at any time. It’s similar to other services like Rdio and MOG, but the company never managed to close a deal with US music labels and get the green light for launching its service until last week.

I’ve been a Spotify user for two years, and it’s completely revolutionized the way I listen to music. I still enjoy buying some music from iTunes, but Spotify’s biggest advantage over traditional marketplaces is that I can pay a monthly fee (or buy yearly access altogether with a gift card) to listen to just about anything I want, from any device. Spotify has a beautiful Mac client and an iPhone app that’s continually updated with new features; however, the company still hasn’t revealed its plans about an iPad app that would be much welcome one year after the iPad came out.

Speaking of the Mac, it’s interesting to notice how, in the past weeks, third-party developers have started releasing external tools to plug into Spotify for Mac and bring additional functionalities to the desktop. The Iconfactory’s Take Five, for instance, allows users to pause and control’s Spotify’s playback with the latest update. The Spotify developers opened up the application to AppleScript support, enabling other devs to integrate their tools with ease. 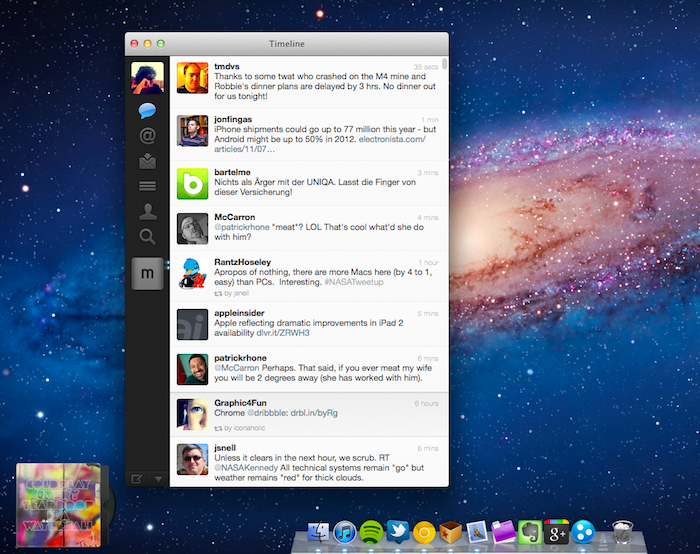 Simplify, a Mac app by Pixel Mates, is a new desktop controller for Spotify that also displays the album artwork on screen pretty much like Coversutra, a popular app by Sophiestication, visualizes iTunes’ artworks on the OS X desktop. Simplify doesn’t have music controls on the (mini or big) album artwork that you can put anywhere on your desktop, nor does it allow you to change themes like Bowtie does. However, the app has a separate “mini player” that shows a bigger and blurred album artwork panel with music controls, track info and volume slider on top. The mini player is very nice as it’s got a button to copy the Spotify URL for the current song and can be invoked at any time with a keyboard shortcut. In fact, Simplify can assign keyboard commands to playback, volume up and down, next and previous track. From the Preferences, you can also tweak the appearance of the app and choose to automatically launch it every time you open Spotify for Mac.

Spotify is gearing up to launch in the US after much anticipation, and Simplify for Mac is a very, well, simple way to control the app without looking at its main window, while getting a beautiful artwork widget on your desktop at the same time. You can download Simplify at $2.99 on the App Store.