Officially announced yesterday, Spotify began rolling out the promised 0.5 update for the desktop client a few minutes ago, featuring an updated UI and the much anticipated playlist and MP3 sync for iPod Classic, Shuffle, and Nano, alongside wireless sync for iOS and Android devices running the Spotify mobile application. The updated desktop client, available now for download here, comes with a slightly redesigned user interface that’s inspired by the latest iOS and OS X Lion builds: there’s lots of “linen background” going on, redesigned toolbar icons with a more flat look, new translucent buttons to reveal and expand the album artwork, as well as a general polish that clearly brings OS X graphical elements to mind. If you’re familiar with iOS and the latest Lion developer builds, you’ll feel right home with the new Spotify. I like the app’s new look.

Spotify 0.5 can sync playlists, local files and purchased tracks to an iPod (non-iOS) via USB or iOS device wirelessly. The interface to manage sync is quite simple and intuitive, as there’s a new Devices tab in the sidebar that lists all the iPhones or iPods you’ve connected to Spotify. Once connected, the app will display all your playlists, starred items and local files in a new window, allowing you to choose whether you want to sync “all music” to a device, or only specific playlists. Whilst iPhones and iPod touches get the possibility to sync anything as they’ll be able to stream songs later using the mobile app, classic iPods can only receive local files – meaning MP3s Spotify has found on your computer or songs you’ve purchased through the service’s new store. Songs and playlists that are not found will display a “Get Missing” button that takes you to the embedded web store. Tracks start at 50p, but Spotify is also offering MP3 bundles at a higher price.

Overall, Spotify 0.5 looks like a really solid update that shows the path the company has taken: becoming the ultimate music player on the desktop and mobile thanks to a combination of streaming, cache, purchases and sync. Check out more screenshots below. 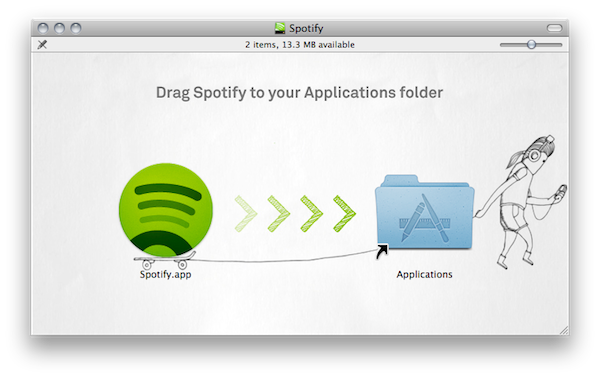 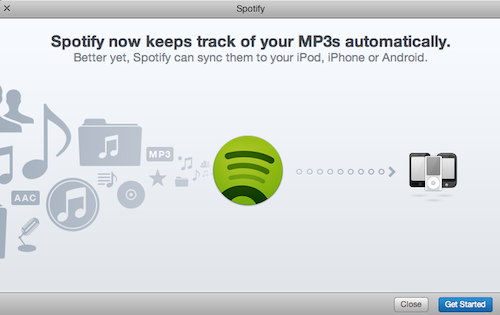 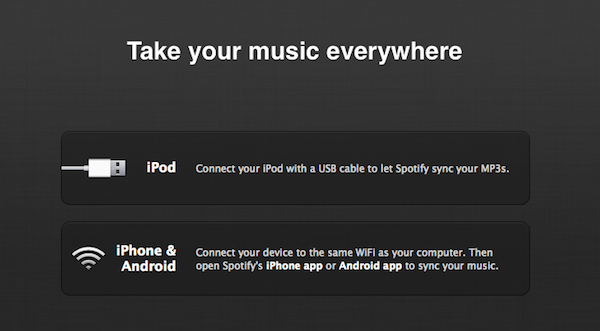 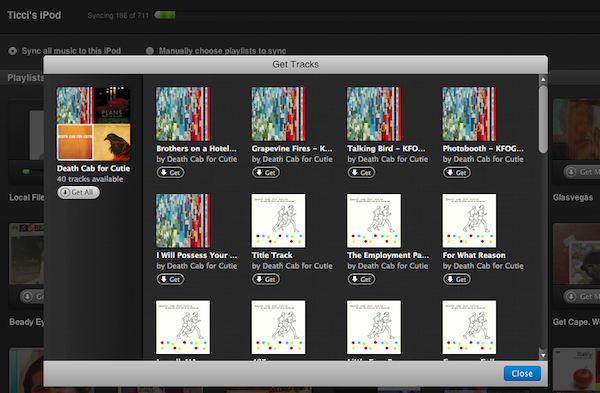