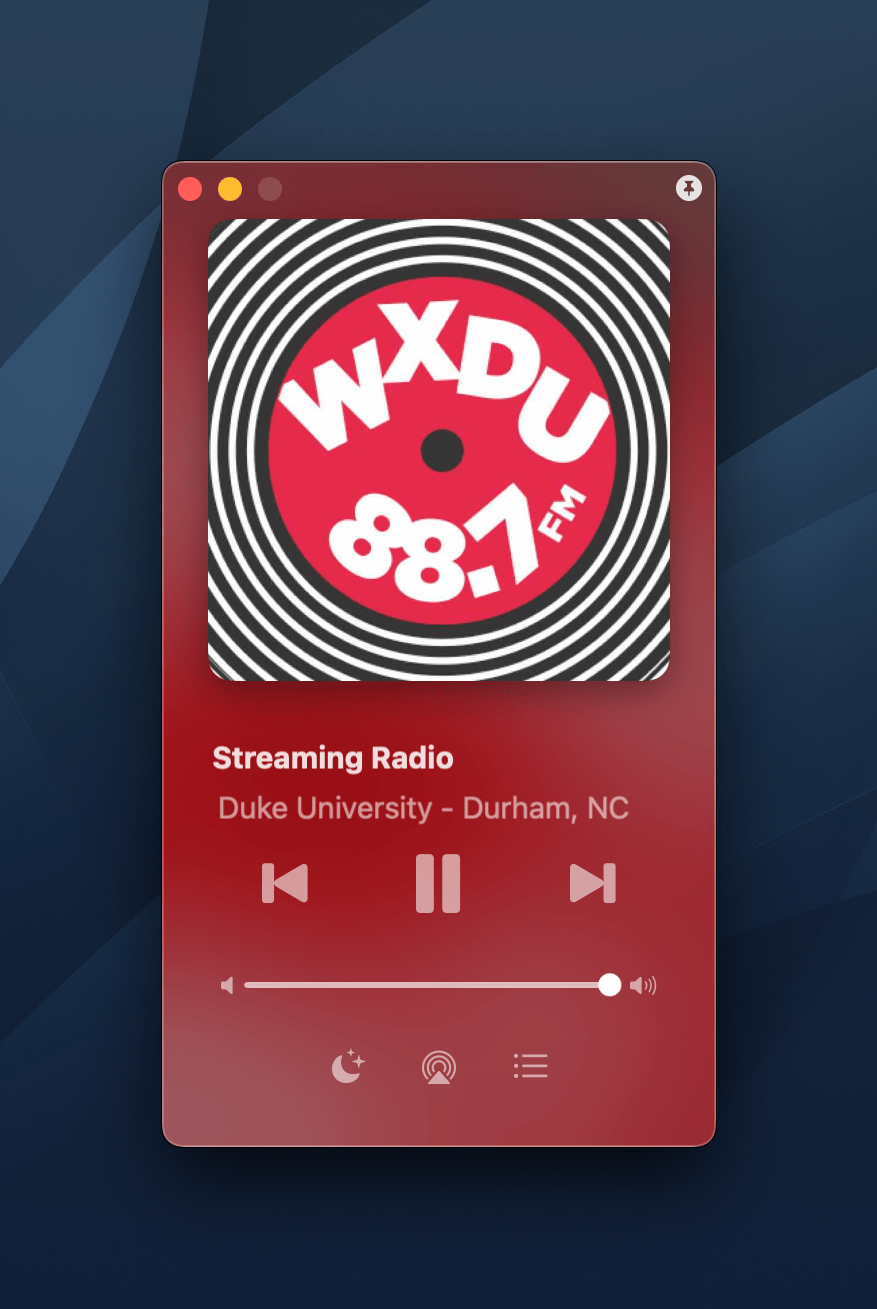 The Mac version of Broadcasts includes a miniplayer that can be pinned to float above other windows.

The app’s main view now features a tab bar on the iPhone and a sidebar on the iPad and Mac. The result is a more modern feel that’s further enhanced by a bunch of new ways to add station artwork. Far too few Internet radio stations have good artwork by default, so it’s great to now have so many ways to add your own. Broadcasts offers: There are lots of ways to customize station artwork.

The Now Playing screen has been updated, too, with bigger, bolder artwork with a blurred background effect that pulls in the colors of the station’s artwork. From the Now Playing screen, you can play and pause playback, adjust volume, set a sleep timer, AirPlay to another device, review the playback history of the station to which you’re listening, access those songs or the currently playing song in Apple Music, and activate Broadcasts’ Shazam feature, which I cover below. 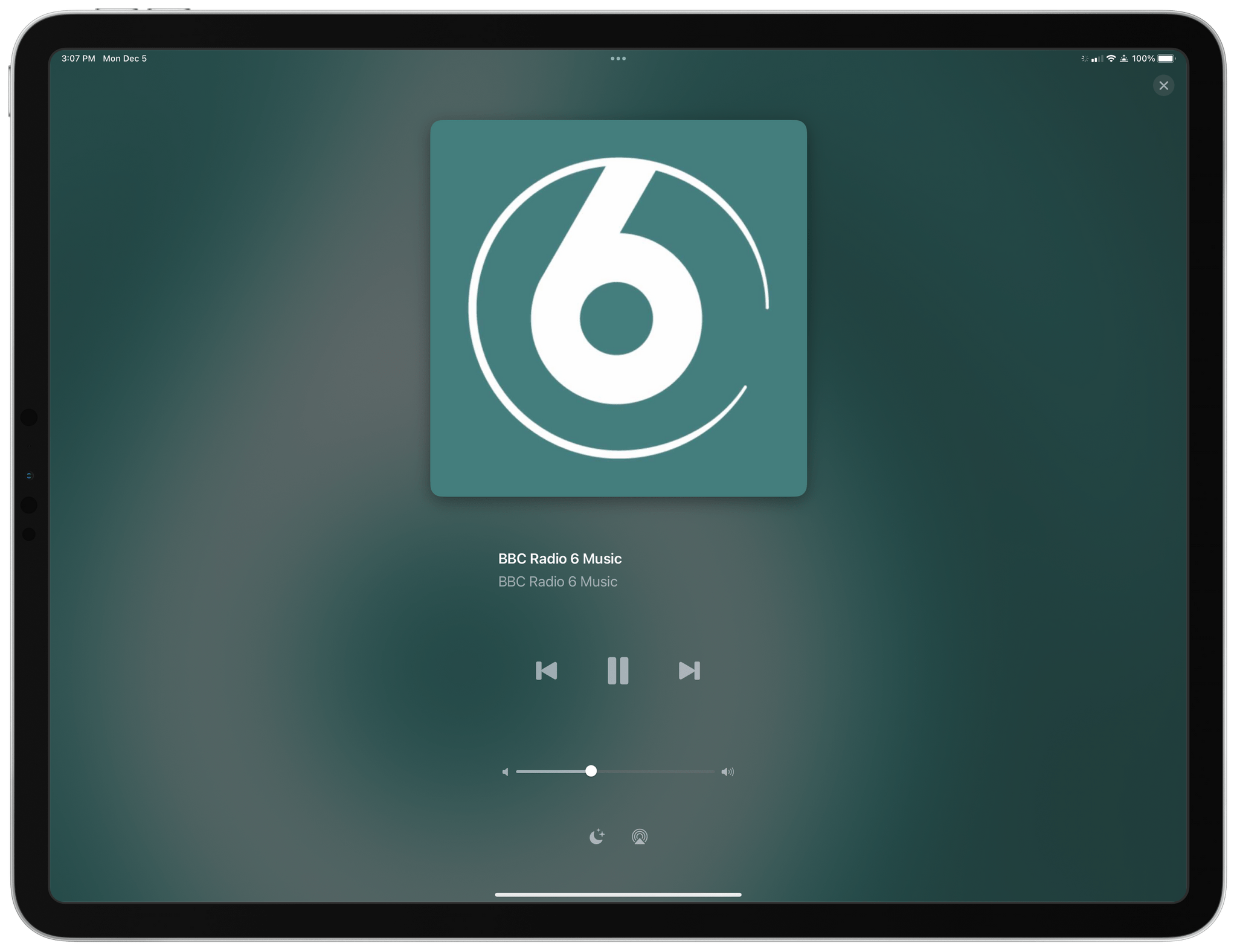 With thousands of stations available worldwide, another excellent refinement to Broadcasts is how search works. You can browse stations manually by country, search for a country, or search stations within a country. For instance, if you pick Ireland and then search for ‘Alternative,’ you immediately narrow the number of results from 130 to seven, making it much easier to find a genre you like than if you were to scroll through a long list of stations. 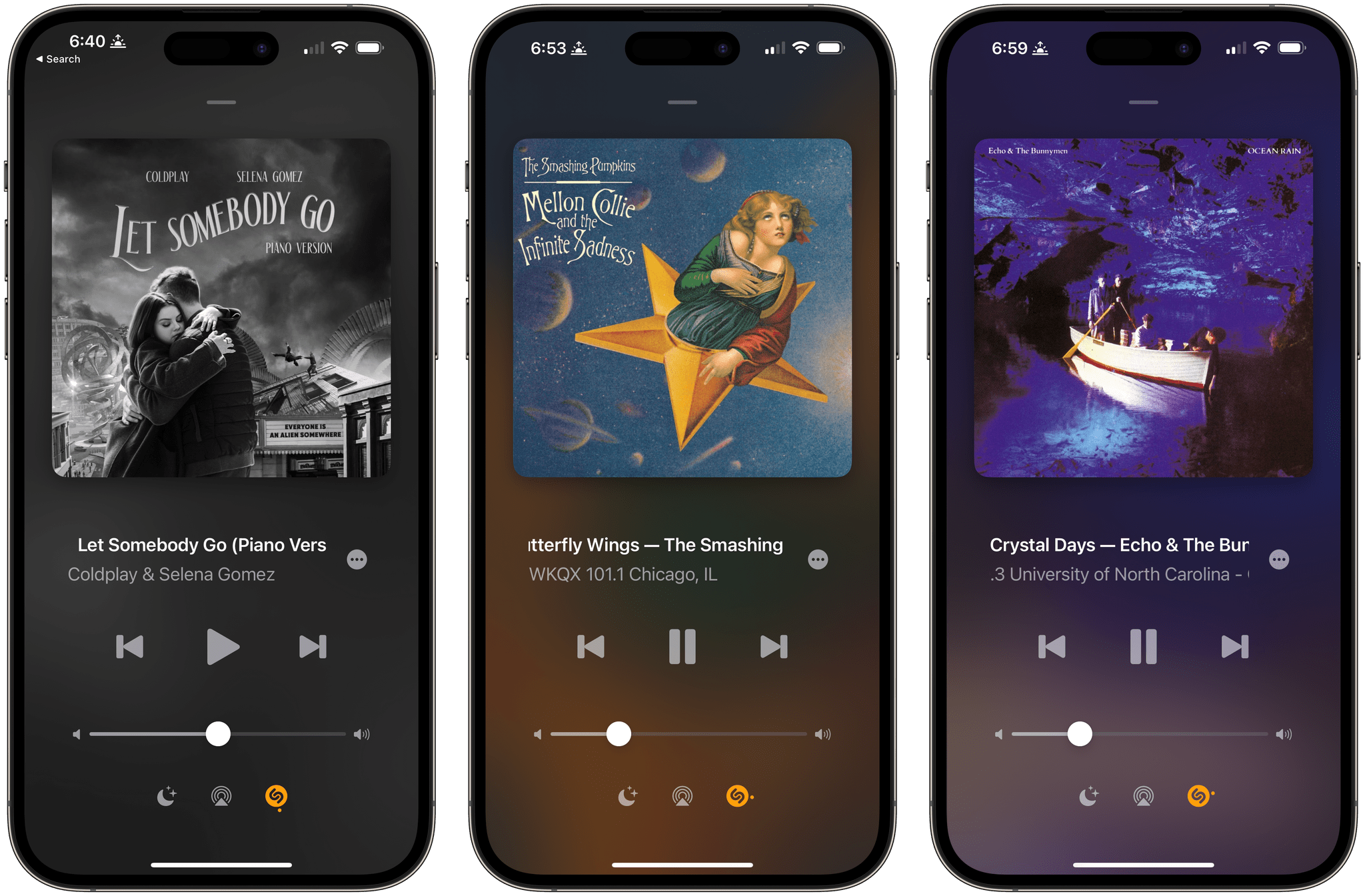 Using Shazam to add artwork to song data to Broadcasts.

More metadata is supported by Broadcasts now, too, including the name of the song playing and its artwork if it’s available. Like station artwork, though, few Internet radio stations I’ve tried support song art. Broadcasts has a solution to this as well, which is a new beta feature that incorporates Shazam functionality into the iPhone and iPad versions of the app. In my testing, the feature works well, pulling cover art and song information into the Now Playing UI, which makes the experience much more like listening to Apple Music, Spotify, or another music streaming service than before. The experimental feature can even be used if you’re using another source to play your music, serving as a Now Playing UI for any music playing around you. Using the iPad Pro and Broadcasts’ Shazam integration to monitor a station playing on my Mac in the app’s miniplayer.

Broadcasts has a new setting that will resume playback automatically the next time you open the app, immediately streaming the last station to which you were listening. The setting is off by default but can be switched to work every time you launch Broadcasts or just when you connect the app with CarPlay.

Another handy feature is the addition of a URL scheme in the format broadcasts://add?name=Name&address=Address&artworkAddress=ArtworkAddress. Add parameters for the name of a station, its URL, and a URL for station artwork, and anyone with Broadcasts will be able to quickly add the station to their library. It’s a nice way to send your favorite station to a friend, set up automations in Shortcuts, or link your favorite stations on the web. For example, here’s a link I created for WXYC, the University of North Carolina’s station.

I don’t listen to Internet radio often, but I love it for live broadcasts of podcasts and when I don’t have the energy to pick out some music myself. With Broadcasts’ new search functionality, I’ve expanded my collection of stations with little effort and really enjoyed quickly restarting stations when connecting to CarPlay, which has already led me to use the app more. Broadcasts was already an app we recommended to Club MacStories members last year, and it has only gotten better with this release.

Broadcasts is available on the App Store as a Universal Purchase that syncs among the iPhone, iPad, Mac, and Apple Watch. The app is free to download and try with a fixed set of stations. A one-time, In-App Purchase of $4.99 unlocks the ability to add your own stations to the app’s library.