Long-time Due users may be wondering what’s changed about Due’s Shortcuts integration because this isn’t Due’s first Shortcuts implementation. There has been a built-in action called ‘Add Due Reminder’ based on the app’s URL scheme for a long time. The app also had a SiriKit integration, though at times Siri had difficulty parsing the required trigger phrase. 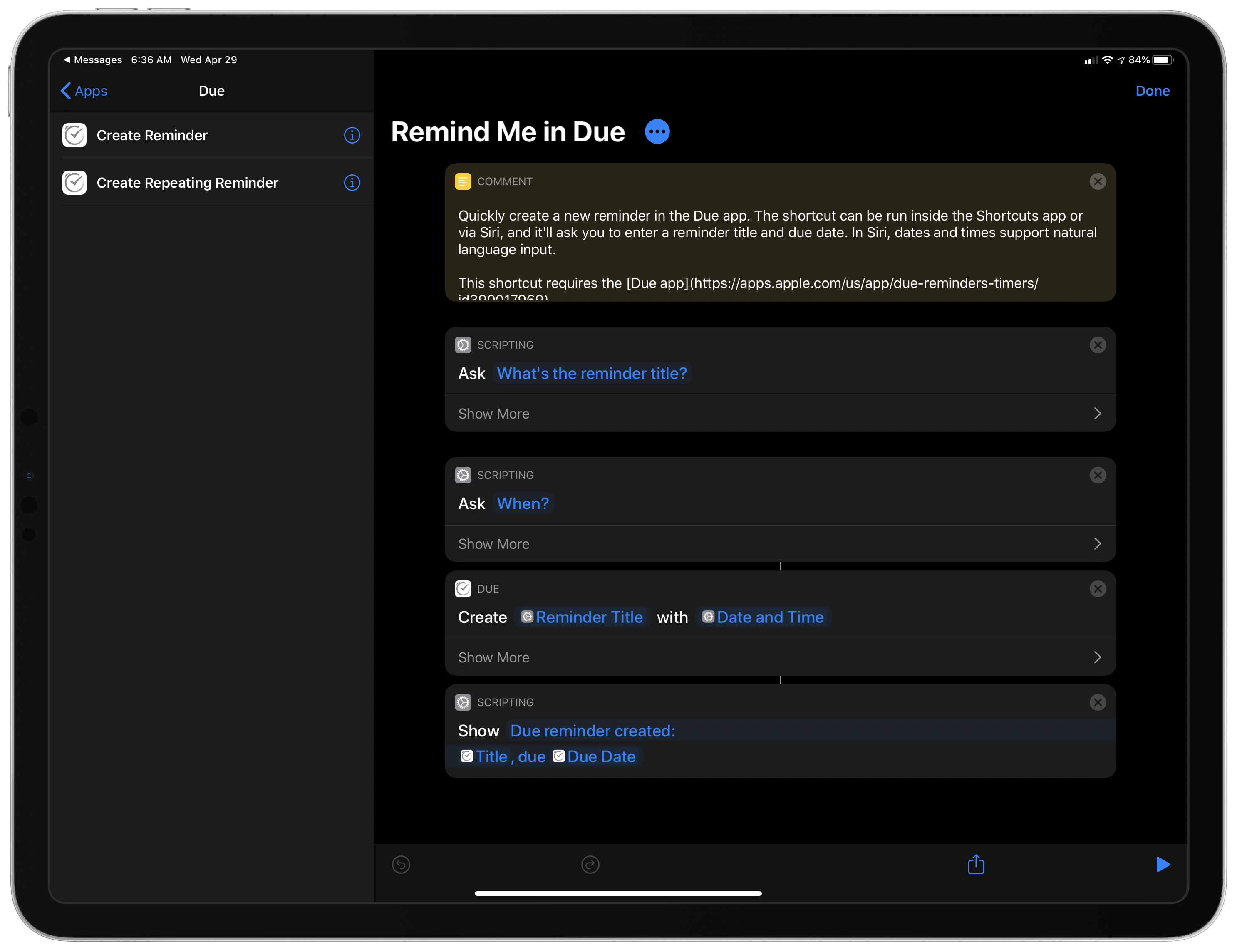 Remind Me in Due, which Federico created, uses Due’s new Create Reminder action to add reminders to the app. 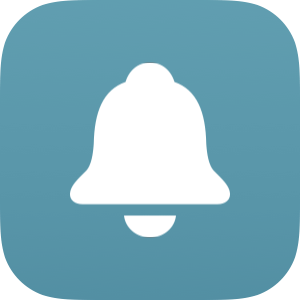 Remind Me in Due

Quickly create a new reminder in the Due app. The shortcut can be run inside the Shortcuts app or via Siri, and it’ll ask you to enter a reminder title and due date. In Siri, dates and times support natural language input.

This shortcut requires the Due app.
Get the shortcut here.

What’s changed with the latest release is that Due now includes two dedicated, modern shortcut actions: ‘Create Reminder’ and ‘Create Repeating Reminder.’ It’s worth noting that the legacy ‘Add Due Reminder’ action is still available in Shortcuts if you search for Due actions because it was created by Apple, not the developer. However, you’ll want to switch to ‘Create Reminder’ because it supports parameters.

The addition of modern Shortcuts actions accomplishes a few things. By adding parameter support, users have more flexibility than before. Reminders can now be created wherever shortcuts are available, including from the Today widget and your Home screen, without the Due app ever opening. The updated Shortcuts support also bypasses the rather clunky verbal syntax that was previously required to trigger Due with Siri because now your shortcuts can be invoked by the name you give them.

Combined with other actions, Due’s new flexibility makes it more valuable as part of user-created custom actions. For example, I can imagine myself uploading a draft review to WordPress and setting a reminder to publish it when an embargo lifts with a single shortcut that incorporates Shortcuts’ WordPress actions and Due’s Create Reminder action. With just two actions, Due has opened up a lot of new use cases that I’m looking forward to exploring.

Earlier this year, Due switched to a subscription model for certain features called the Upgrade Pass that is similar to the one pioneered by Agenda. Purchasing the Upgrade Pass means you’ll receive all updates released for the next twelve months. If the pass expires, you won’t lose any of the features added prior to the expiration date. Instead, you simply won’t get future features. I like this model a lot. It creates an incentive for developers to continue to update and improve their apps but gives users a way to continue to use the app even if they decide to stop subscribing.

Due 20.5 is available to download now on the App Store. The app is $6.99 for new users, and the annual Upgrade Pass is $4.99. You can download Federico’s Remind Me in Due shortcut here and from the MacStories Shortcuts Archive page.