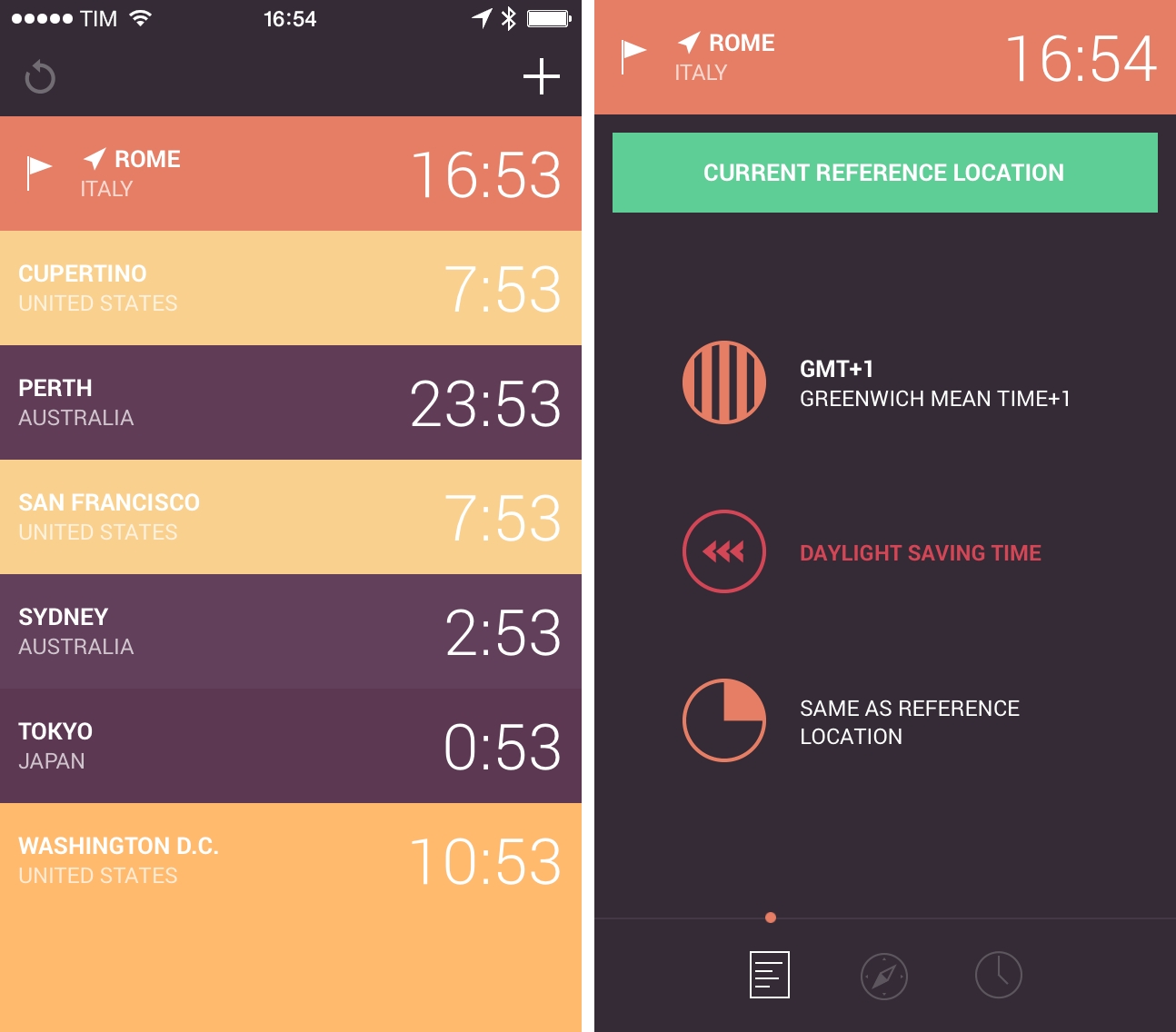 In my ongoing quest to find the best time zone reference utility for iOS (previously: Living Earth and TimeZlider), I stumbled across Globo for iPhone last week thanks to Apple’s feature on the front page of the App Store. Developed by Marco Torretta (the same developer behind Amount, one of my favorite unit converters for iOS), Globo is a simple world clock for iPhone that wants to reimagine Apple’s existing feature of the Clock app with colors, alarms, and detailed information for each location.

In Globo, the current time is compared across multiple locations just like in Apple’s Clock app, with a few differences. At the top, the app fetches your current location, allowing you to always look at the top of the screen for reference; locations you add are listed below and they’re sorted alphabetically, not based on their time zone. Unlike the iOS Clock, Globo color-codes cities according to their time: early morning times have a light yellow tint, which becomes a dark orange and red in the afternoon and evening, until it turns blue/purple at night. The use of color makes for an attractive presentation and a clever implementation of the iOS 7 design principles, surprisingly absent from Apple’s Clock app (aside from white/dark modes for day and night). If you work with several cities across the world, it’s easy to understand their time zone at a glance in Globo. 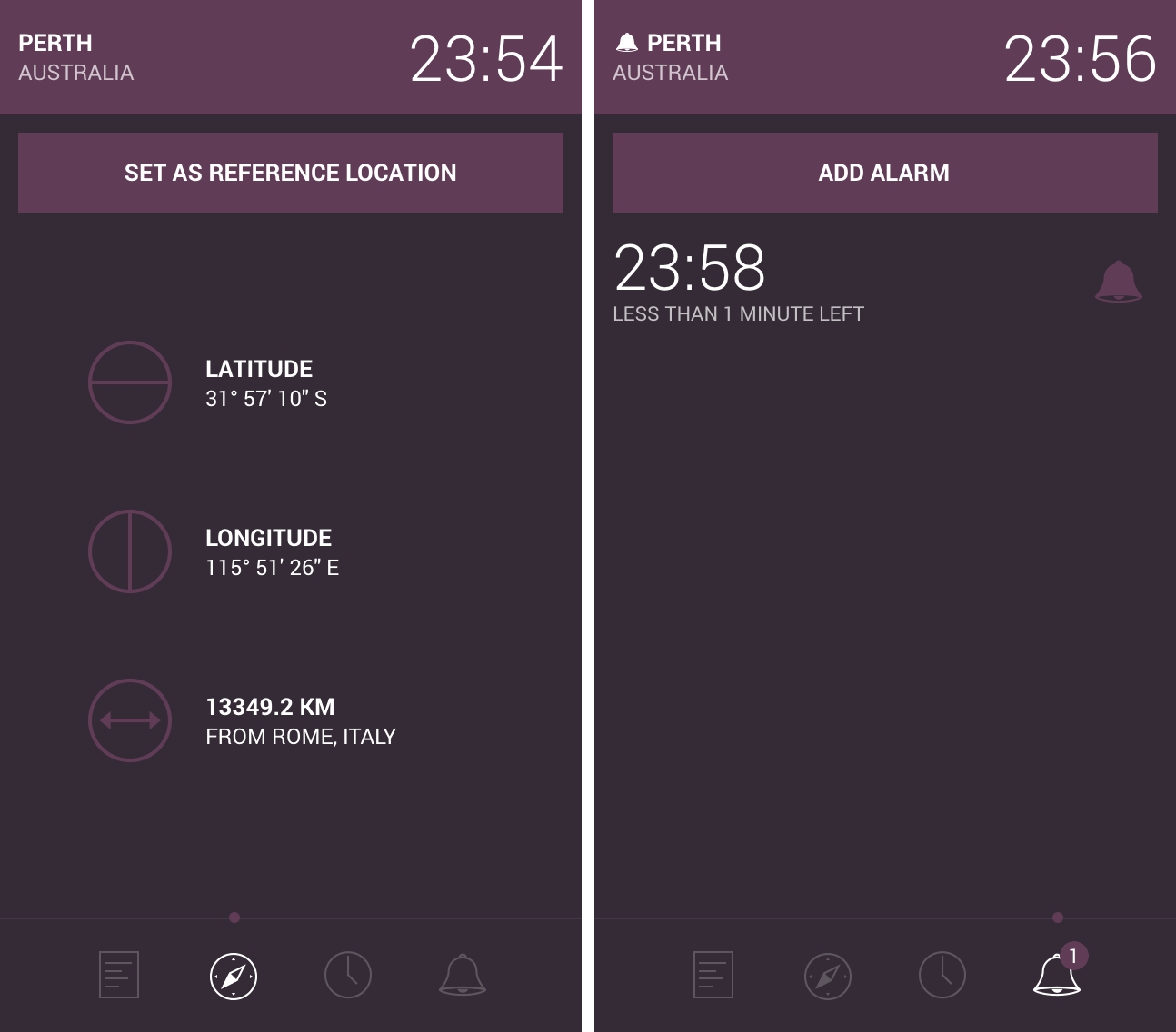 Globo’s biggest addition to the world clock is the extra information it lets you check out for configured locations. Tap one, and you’ll get a screen with the time zone’s name and DST status, as well as hour difference from the reference location (by default, your current one); a location can be made the current reference one from the button at the top. In this screen, you can swipe to see latitude, longitude, and distance from the reference location (although there’s no Maps button to further visualize this), and you can add alarms for specific times. The alarm feature is particularly interesting if you want to be reminded of events that occur at a local time in other parts of the world: while Globo shows a human-readable hour difference between locations, it’s more convenient to set up alarms for “when it’s 4 PM in New York”, a feature that I imagine could come in handy for remote workers (such as the MacStories team).

At $0.99, Globo brings a series of nice additions to Apple’s Clock app. I find the use of color superior to Clock’s less meaningful black and white options, and I appreciate user-friendly details like DST information, relative alarms, time zone names, and understandable hour differences (admittedly always one of the trickiest aspects to figure out and keep track of when doing time zone calculations). I would like to see better sorting options in the main screen, as well as deeper integration with system apps: aside from the aforementioned lack of Maps support, there’s no way to set up events in Reminders or Calendars either. Globo has valid ideas, and I would recommend it if you’re primarily interested in knowing the differences between current times and setting up alarms for time zones.

Globo is available on the App Store.