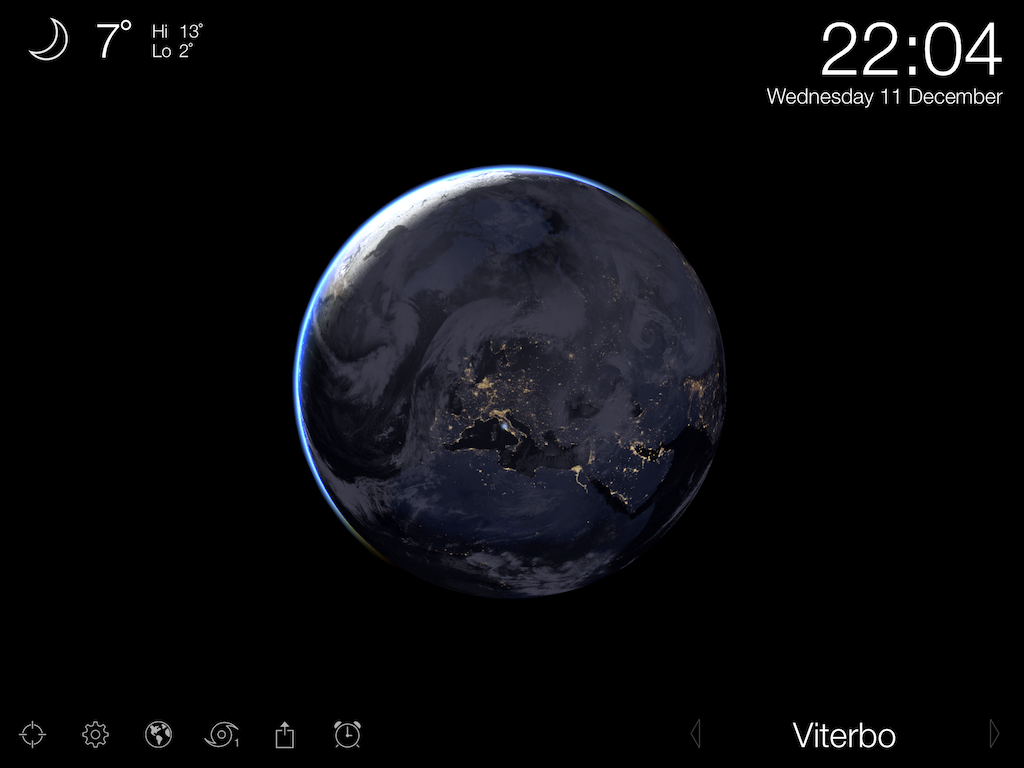 I was recently looking for a way to quickly check on multiple time zones on my iPhone, and I ended up buying Living Earth by Radiantlabs, a beautiful world clock and weather app that looks great on iOS 7 and syncs with iCloud.

My problem: the MacStories and Prompt teams span multiple time zones, and it’s hard to keep up with times around the globe. On the Mac, I’m a fan of Bjango’s iStat Menus, which has a world clock menubar widget that’s just perfect for my needs and that I’ve been using every day for the past three years. On iOS, I was wondering if there was a utility meant for this task so that I wouldn’t have to use the Clock app (which I like to use as an alarm and stopwatch) and I found Living Earth on the App Store. I could have probably been just fine with a simpler way to display time zones, but Living Earth looks gorgeous on iOS 7 and I don’t mind some eye candy for trivial activities such as checking lunch breaks and bed times for Myke.

As the name suggests, the background of the app is a large 3D representation of planet Earth showing areas of light and dark. You can zoom in and out with two fingers and activate gestures to center cities or the spinning globe with two or three-finger taps in the Settings. Living Earth doesn’t let you zoom into a location like Maps, preferring to keep a satellite-like height that can show several countries at once in, say, Europe. The visualization is incredibly well done – especially on a Retina iPad – and I like how the app shows artificial lights at night and can also show bright night clouds (the setting defaults to off). 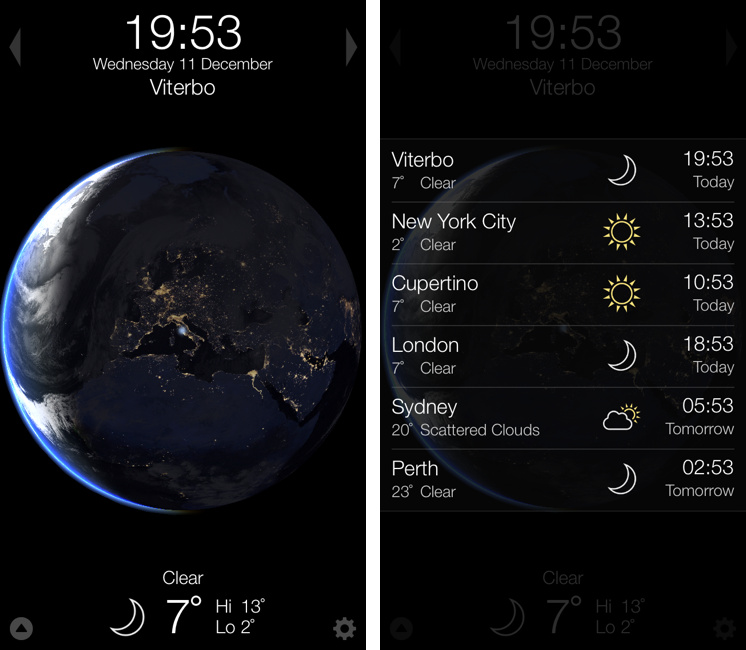 For time zones, you can configure multiple locations and tap on the current location’s name to bring up a popover (on the iPad) and a modal popup (on the iPhone) showing cities, weather conditions, temperature, and respective times. The list is elegant and easy to scan; I like its translucency effect and how it uses natural language to indicate “today” and “tomorrow” (a common occurrence if you add time zones for, say, Australia and Italy). 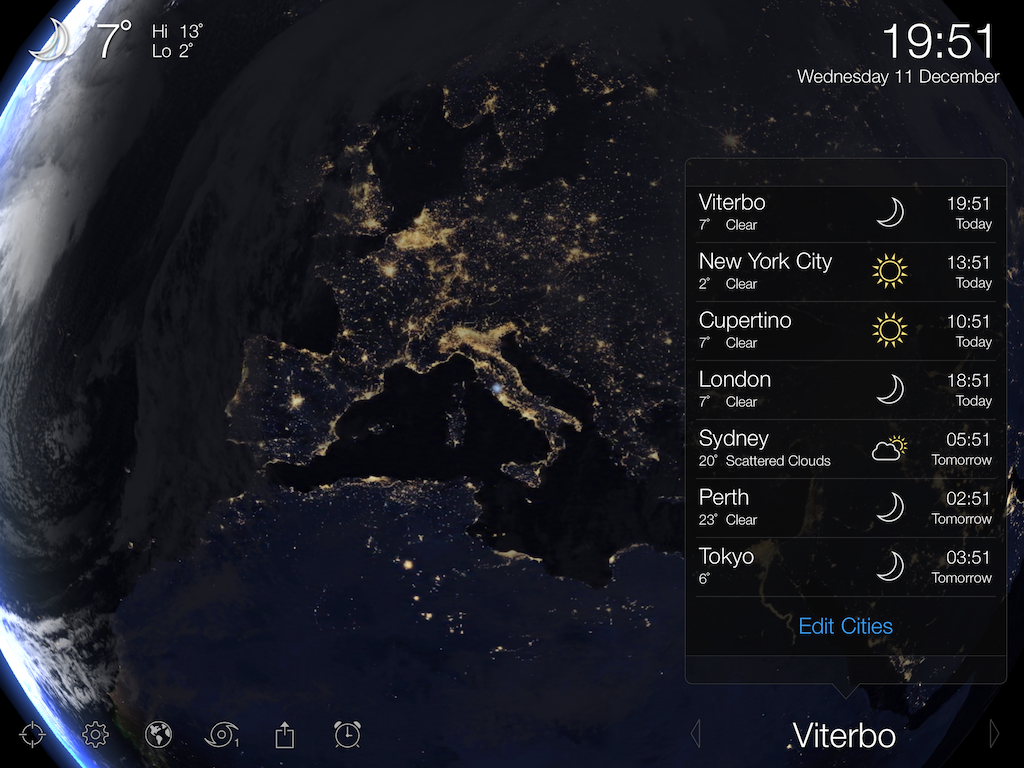 Alas, there is no setting to launch Living Earth with the clock popover shown by default – you’ll always have to tap to show it; I was pleasantly surprised when I found out that locations I had added on my iPad synced automatically with iCloud to my iPhone.

There are other weather-related features in the app that are well done, but that honestly I don’t care about as they weren’t my main motivation behind the decision to buy the app. You can show a temperature badge, opt in to receive tropical cyclone alerts, and change the 3D Earth model to show a heat map for temperature, humidity, or wind.

Living Earth is visually impressive and just fun. It looks great on iOS 7 and it can be used as a simple time zone checker or lightweight weather station for multiple locations. It’s Universal and $2.99 on the App Store.