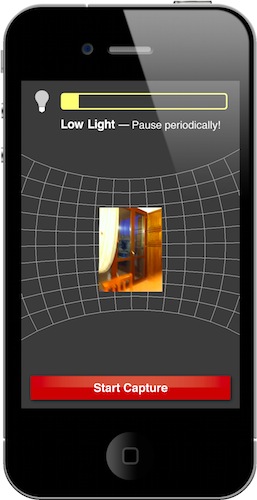 One of the apps I was really looking forward to just showed up in the App Store: Occipital’s 360 Panorama 3.0 for iPhone has been released, and it rocks. This app allows you to take panoramic photos using your iPhone or iPod Touch camera, but unlike many other similar apps available, 360 Panorama doesn’t force you to take multiple shots, stop, take another shot, stop again and then merge all the photos you took.

Occipital’s app does all that in the background and adds an Augmented Reality layer to the iPhone’s camera, meaning that you’ll see a 360° grid on screen and you’ll just have to slowly move the camera around you to build your panorama. It’s almost magical. 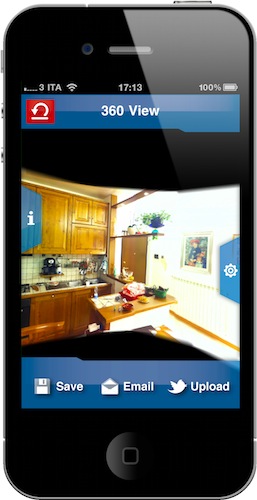 It sounds like a complex technology, and I’m sure it is. You don’t see it, though. You only have to hold up your iPhone, start a new session, slowly turn around to capture what’s around you (in you’re in a low-light area, you have to move a little slower) and enjoy the results at the end of the process. In standard light conditions, it’ll take around 25 seconds to build a nice panorama.

Once your 360° picture is done, you can either save it to the Camera Roll as a widescreen photo or share it on Twitter. The pic will be uploaded both to Twitpic (or yfrog) and Occipital’s own photo sharing website, which allows you to move the panorama with your mouse, zoom in and out, check on a user’s location. It’s great, and easy to use.

That’s it. No complex picture adjustments to mess with or complicated sharing settings. The new version of 360 Panorama brings real 360° panoramas to the iPhone, with a straightforward interface and a really nice web view. At $0.99 in the App Store, you have to give it a try.