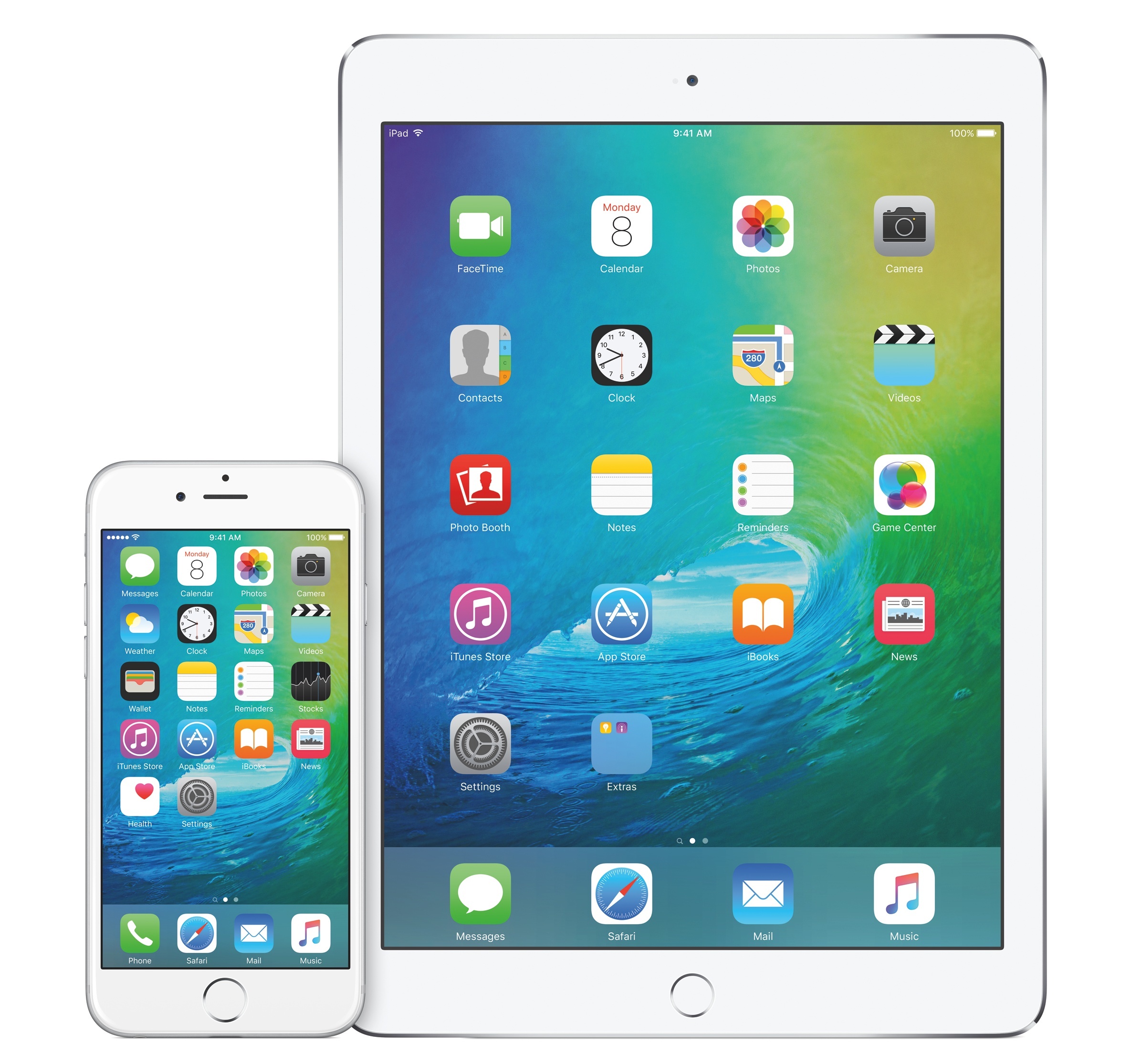 Every year at WWDC, Apple unveils dozens of new software features and hundreds of developer technologies, and 2015 was no exception. With new versions of iOS, OS X, and a big 2.0 update to watchOS weeks after its public debut, Apple is preparing for a busy Fall across its ecosystems.

Among big additions and redesigns, however, there are always smaller features and hidden changes that the company only briefly mentioned during the keynote or described with a short paragraph on their preview webpages and developer documentation guides. In this article, we’ve collected some of the most interesting details we didn’t cover yesterday, with links to the original articles, documentation, and tweets.

For more in-depth coverage, check out our overviews and first impressions:

iCloud Drive has a dedicated app in iOS 9, except it is hidden by default. MacRumors notes that you’ll have to go into Settings > iCloud > iCloud Drive to enable it. And in the same way that you could add photos or videos to a new email in iOS 8, in iOS 9 you are also given the option to upload an attachment directly from iCloud Drive in the Mail app.

Apple is also fixing another longstanding issue of Safari on iOS – the inability to upload files to the web. In iOS 9, when tapping the Upload button on a webpage Safari will offer the same document picker used across the system.

iPads and keyboards. And shortcuts.

In iOS 9, Apple is revamping its support for external keyboard shortcuts in iPad apps. In apps that support custom keyboard shortcuts, you’ll be able to hold down keys like Command, Option, or Control to get a cheatsheet with available commands (screenshot above).

9to5Mac noticed that the iPod tab on Apple’s website has been removed and has been replaced with a Music tab. The iPod page still exists on the Apple website, but it is now hidden at the bottom of the Apple Music page.

Safari 9 on OS X El Capitan features a new Responsive Design Mode which enables you to quickly show a preview of what a webpage will look like across a “spectrum of viewport sizes” (via Viljami on Twitter).

On both iOS 9 and El Capitan, Safari is gaining two new extension points: Content Blocking and Shared Links. Content Blocking will give extensions “a fast and efficient way to block cookies, images, resources, pop-ups, and other content”, while Shared Links extension will allow apps to show links in the Shared Links sidebar inside Safari. These features could result in the launch of ad blockers and web filters for iOS, and RSS clients/social readers will likely take advantage of Shared Links to better integrate their feeds with Safari.

Exclusive to iOS, Apple is launching a Safari view controller in iOS 9, which will allow apps to display web views with many features from Safari. Apple explains:

Safari is gaining a new property on recents MacBooks that “provides events and force information from Force Touch Trackpads”. This means that Safari, Dashboard, and other WebKit-based apps will be able to respond to force clicks and changes in pressure with custom behaviors defined in JavaScript.

For a full list of changes in Safari 9.0, you can view Apple’s documentation here.

Apple didn’t mention this during the keynote, but it looks like you’ll be able to show the share sheet for selected text in the copy & paste menu of iOS 9. This should make it easier to share text across a variety of apps and save time when dealing with text selections.

Automation gets some love, too.

Both JavaScript for Automation and AppleScript are getting updated in OS X 10.11. Notably, Folder Actions in AppleScript have been rewritten to be more reliable and JavaScript allows you to debug scripts with Safari’s new Web Inspector.

9to5Mac has put together an initial roundup of more changes and smaller tweaks in iOS 9. These include the ability to view contact pictures for conversations in Messages on the iPhone 6 (it was previously limited to the 6 Plus), a new Unplayed episode list in the Podcasts app, and Find My Friends becoming a default, pre-installed app with a widget. You’ll also be able to search for specific settings.

The ability to pin tabs to the leftmost side of the browser has been one of the marquee features of Google Chrome for years, and Apple has decided to adopt a similar system with Safari 9.0 in El Capitan. Website owners will be able to define vector images that users will see as icons when they pin a tab, which will have to be provided in SVG format.

Apple’s new font used in watchOS comes in two variants – Display and Text. If you need to work with designs and assets for upcoming Watch apps, you can download the files here.

OS X Server is getting a major release as well this year. Among various changes, OS X Server 5.0 will be able to cache personal iCloud data and act as a file server for the iOS 9 document picker.

CarPlay was briefly mentioned in yesterday’s WWDC keynote with three notable new features. If supported by the CarPlay hardware, you will be able to use it without plugging your iPhone in. CarPlay has also been modified to better support wider screened CarPlay units. But perhaps most significantly, apps developed by car manufacturers that control your aspects of your car can now be used in CarPlay. The Verge has a good explanation of the significance of that least feature:

In a way, Apple and automakers are crafting an ever-growing Matryoshka doll here: the car companies have largely sought to compartmentalize CarPlay and Android Auto by turning them into “apps” inside their own user experience — a user experience that has often lagged in quality and performance versus what Apple and Google have been able to make. Now, by opening up the platform to car apps, Apple is turning the tables by compartmentalizing the car itself.

In Apple’s Platforms State of the Union address, Apple revealed that iOS 9 will have “comprehensive support” for right-to-left languages. This will make it easier to support flipped user interfaces and providing superior apps to international users. You can read more here.

Unlike high-level game engines such as SpriteKit and SceneKit, GameplayKit is not involved in animating and rendering visual content. Instead, you use GameplayKit to develop your gameplay mechanics and to design modular, scalable game architecture with minimal effort.

You can also check out the changes in Metal – now also available on the Mac – here.

Today Widgets get some welcome improvements.

There are now Notification Center widgets for Find My Friends and the battery details of your iPhone and Apple Watch (via MacRumors).

The new Notification Center has a split view when shown landscape on iPad pic.twitter.com/v0dXdFAxUo

On iOS 9, the Today view will employ the iPad’s bigger screen to offer a split view for widgets in Notification Center.

Swift is growing up.

With the news of Swift 2 going open source, Apple has launched a new guide to help people get started developing apps using the new programming language. It’s available here. A Swift 2 Prerelease book is also out on the iBooks Store.

CloudKit, Apple’s set of tools for providing “authentication, a private and a public database, and structured asset storage services”, is debuting on the web with CloudKit JS. “CloudKit JS provides JavaScript APIs for accessing data in your app’s CloudKit containers”, writes Apple, and this could be an interesting proposition for developers that want to expand their apps beyond mobile devices.

Apple is extending its home automation framework with new types of supported accessories, easier setup, and remote interactions with iCloud. Developers will get access to “new HomeKit profiles for motorized windows and shades, motion sensors and home security systems”. iOS 9 and watchOS will also bring new ways to control connected accessories visually and group them into scenes for faster activation.

A year after its launch, Apple’s Health gets period tracking in iOS 9. As The Verge notes, tracking menstruation was shown in a slide on stage, but it’s not clear how many metrics Health will support for this category and if more advanced tools such as personalized notifications and stats will be added. UV exposure, water intake and sedentary state will also be supported by HealthKit in iOS 9.

Photos for Mac is more flexible.

Apple has made some minor changes to the Photos app in OS X El Capitan, supporting third-party extensions and making it easier to add a location to images and streamlining the way to name the people in your photos.

Now you can add a location to a single image or to an entire Moment. Naming your favorite people in Faces is faster with a streamlined workflow. You can also sort your albums — and the contents inside them — by date, title, and more.

The dreaded OS X beachball has a new design and animation in El Capitan.

One of the new features coming to the Apple Watch in watchOS 2 is Activation Lock, which will help protect your personal data in the event that your Apple Watch is stolen (via BGR).

watchOS ‘native’ apps are anything but - still app extensions, bundled in an iPhone app, just running on Watch. Not native like Apple’s apps

As for “native” apps, developers will be able to write code that runs natively on Apple Watch, but watchOS 2 apps will still behave as extensions contained in their main iPhone counterparts. They will be faster, but still dependent on an iPhone.

A Watch app for watchOS 2 consists of two separate bundles that work together to deliver your content to the user. The Watch app itself contains the storyboards and resource files needed to display your interface, and the WatchKit extension contains the code and resources needed to update that interface. In watchOS 2, the extension runs on the user’s Apple Watch instead of on the user’s iPhone, as was the case in watchOS 1. Moving the extension to Apple Watch makes communication between the Watch app and extension much faster and makes it possible for your app to run when the user’s iPhone is not present.

You no longer need an account to read discussions on Apple’s developer forums. This will also allow search engines to index conversations, which will be easier to find for anyone interested in iOS and OS X development.

Graham Spencer contributed to this article.