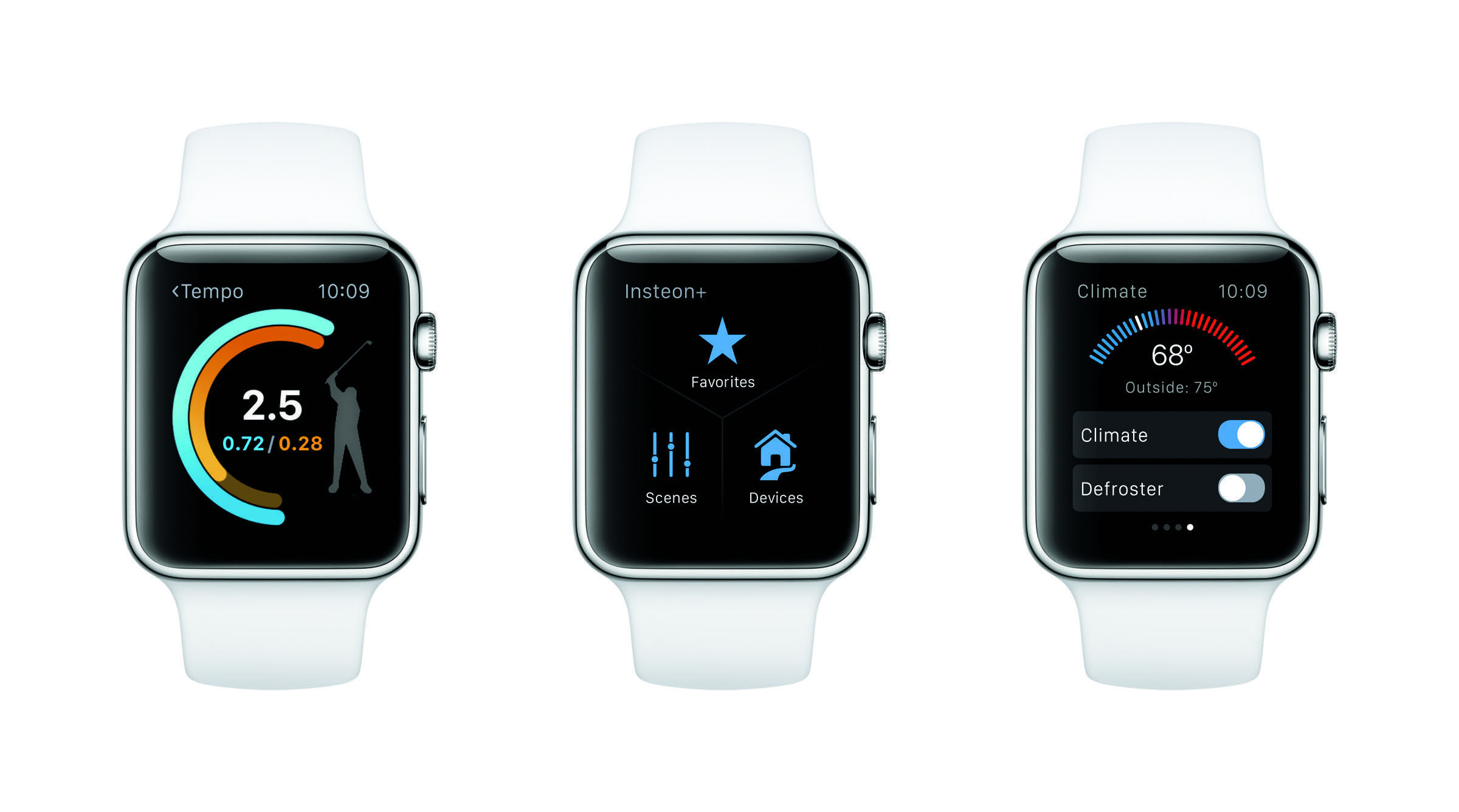 At today’s WWDC 2015 keynote, Apple announced watchOS 2, the next revision of its Apple Watch operating system. Despite being announced only two months after the Apple Watch itself was released, watchOS 2 includes a multitude of powerful new features that have the potential to greatly improve the experience of the Apple Watch.

WatchKit, the development framework for Apple Watch apps, is seeing a huge update with watchOS 2. WatchKit apps are now able to run natively on the Apple Watch, meaning they no longer need to communicate back to the iPhone to get all of their information. This should result in huge improvements in the speed and efficiency of Apple Watch apps on launch and during use.

Furthermore, in watchOS 2, WatchKit apps will have access to the hardware components and sensors on the Apple Watch. Developers will be able to incorporate the Digital Crown, Taptic Engine, heart rate sensor, accelerometer and microphone into their apps. This will open up a whole new world for third party apps, giving them just as many abilities as Apple’s built-in apps and letting them access the full set of features the Apple Watch has to offer.

New to all Watch apps, Apple’s included (with the exception of the phone app), WatchKit apps can now play audio and video directly on the Apple Watch, as well as run animations. Yes, this means using the built-in speaker for more than just taking phone calls.

Third party developers are also getting access to the brand new ClockKit framework, which will allow them to create complications for the Apple Watch watch faces. However, ClockKit complications must be specifically approved by Apple before they are accepted, and they must use specific templates so that, in Apple’s words, they will “look beautiful on all Watch faces.” Regardless of what being approved by Apple entails, the addition of third party complications in any capacity is great news for Apple Watch users and developers alike.

Finally, third party developers can now connect their apps to HealthKit and HomeKit directly on the Watch, meaning your heart rate data can be streamed into HealthKit, and Siri can be used on the Watch to control HomeKit Devices through their specific apps. 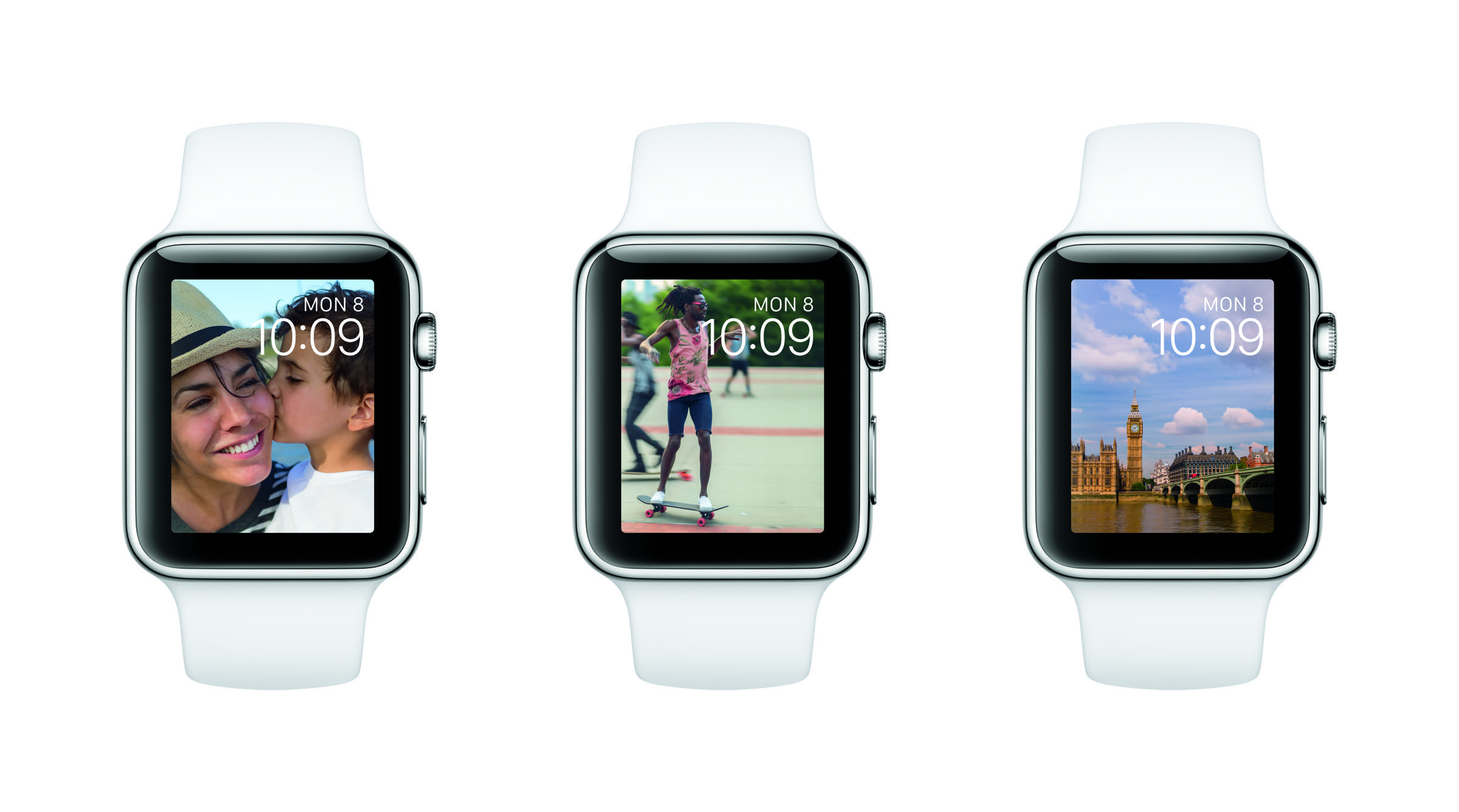 In addition to the developer facing features, watchOS 2 includes a variety of improvements to its built-in functionality. This includes new Watch faces: a Photos face, which allows users to choose a photo from the Photos app on the Watch and use this in the background of their Watch face; a Photo Album face, which allows users to select an entire album and will cycle through the photos in it each time the screen is turned on; and five Time-Lapse faces, which display beautiful time lapses from London, Hong Kong, Mack Lake, New York, or Shanghai. As a nice touch, the time-lapse faces will display a time-lapse taken around the same time of day as it currently is for you whenever you look at the Watch.

Time Travel is a new feature which allows you to spin the Digital Crown while looking at your Watch face to “travel forward in time” and see what the next few hours or days are going to look like. When spinning the Crown, the time will move forward, and so will all of your complications. For instance, if you have the calendar complication enabled, then as you spin the Crown, that complication will reveal the events you have at a later time. If you have the weather complication enabled, you can check what the weather is forecasted to be later. When you’re finished, lowering your wrist or pressing the Digital Crown will return you to the current point in time. Apple pointed out that, unfortunately, Time Travel does not work for the Stocks complication.

A new Nightstand mode in watchOS 2 allows your Apple Watch to display the time, date, and any alarm you have set whenever you touch the screen. Nightstand mode is automatically enabled when you connect your Watch to a charger and place it on its side (possibly unfortunate news for anyone, myself included, who purchased a Watch stand that keeps your Watch upright while charging). When an alarm sounds while in Nightstand mode, the Digital Crown will act as a snooze button while the side button will turn it off.

The Friends feature now supports multiple screens of friends, so if you were limited by the previous cap of only 12 friends, you can now add more screens of 12 and have all the friends you want. You can group your friends and name each screen from the Apple Watch app on your iPhone, but if you haven’t filled every opening in a screen, then you can now add contacts to your Friends screens directly on your Watch.

A few other miscellaneous features: for those of you who enjoy sending Digital Touch drawings to other Apple Watch users, you can now use multiple colors in the same drawing. Email messages can now be replied to directly on the Apple Watch. And finally, FaceTime Audio calls can be made and received on Apple Watch, just like standard phone calls.

Apple Pay on the Apple Watch now supports store cards and rewards cards from a variety of new retailers, including Kohl’s, Walmart, and Dunkin’ Donuts. Furthermore, Apple Pay is being rolled out to a variety of banks in the United Kingdom, and has added another batch of retailers in the U.S. Notably, Discover card has joined the ranks of credit cards supporting the service.

The Maps app has now added Transit directions, so in select cities Maps will be able to factor in bus, train, subway, and ferry routes when looking for the fastest routes around the city. The Watch will tell you when to leave as well as how long it will take to get there.

Siri has seen a few improvements in watchOS 2 as well. The personal assistant can now be asked for mass transit directions. HomeKit devices can be controlled directly through Siri. Finally, Siri can be used to call up Glances on your Watch, which could be a great way to avoid swiping many times if you have more than a handful of Glances installed.

With watchOS 2, Apple is bringing the Apple Watch platform out of infancy. The update brings such vital features to developers as native apps and access to hardware components and sensors. Third party complications will make the Watch face even more robust, and the Photo watch faces alone have instantly made the Apple Watch infinitely customizable. While I’m not sure it’s for me, I expect the Photo face to be by far the most popular Watch face, especially as the Watch reaches out beyond the early adopter crowd. The improvements to Siri show Apple continuing to push the personal assistant as the fastest and easiest way to interact with the Apple Watch, and as they drive Apple Pay forward and extend its functionality, they continue to take steps toward their dream of making the wallet obsolete.

Despite its questionably capitalized name, watchOS 2 is shaping up to be a fantastic update. Apple is immediately concentrating on the low-hanging fruit of sorely needed features, as they should be. watchOS 2 is available as a developer beta today on Apple’s developer portal, and will be released to the public this fall.