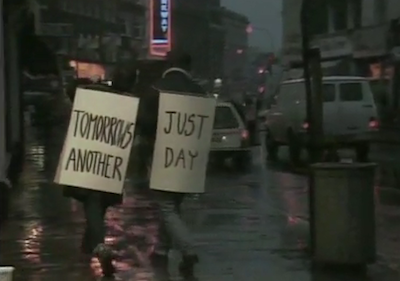 You might have heard that something’s coming to iTunes tomorrow. Apple has an “exciting announcement” for iTunes to share on its homepage, which apparently will offer some kind of streaming / webcast / press release tomorrow, starting at 7 AM PST.

Let’s recap the rumors and thoughts we posted on Twitter after Apple’s updated homepage.

The thing is, we don’t really know how much Apple is willing to risk in a first iteration of a new product. Plus, tomorrow should be just an “announcement”. Back at the Q3 earnings call, Apple confirmed the North Carolina data center was “on schedule” and set to be completed “by the end of the calendar year”.

Tomorrow’s just another day. We sure hope it’ll be a cloudy one.